We kick off a week-long Women in Horror interview series with with the multi-talented writer, editor, speaker, and podcast host Andrea Subissati.

For Women in Horror Month, I had the honor of interviewing one of my personal heroes, Andrea Subissati. If you don’t know Andrea, she’s the Executive Editor over at Rue Morgue Magazine (yes, we’re huge fans). She also a sociologist, journalist, public speaker, popular YouTube host, former roller derby girl, and co-host of the exceptional Faculty of Horror, a podcast that examines horror movies through an academic lens.

Andrea has helped pave the way for so many aspiring female horror journalists like myself and my colleagues, and it was an honor to chat with her while she was a featured guest speaker at the Final Girls Berlin Film Festival. 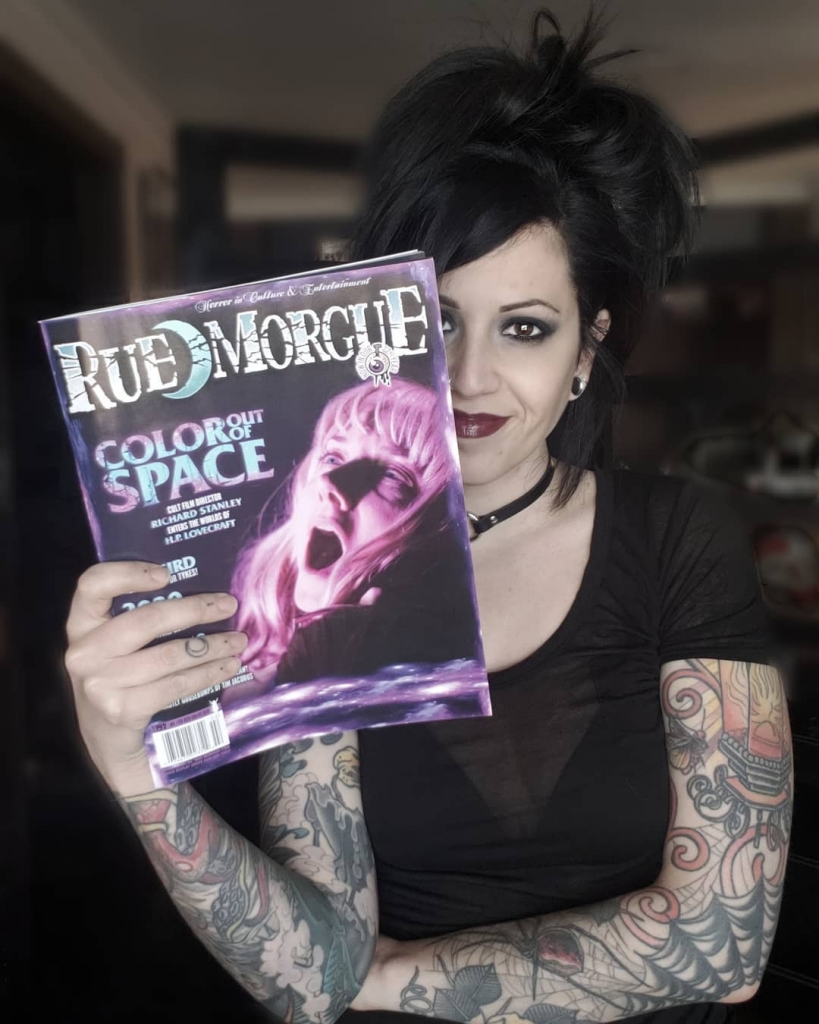 1. You’re speaking at Final Girls Berlin Film Festival. Can you tell us a bit about how you came to be involved with the event and why you wanted to be a part of it?

I found out about FGB through my friend and colleague Alison Lang, who appeared as a speaker at last year’s fest. I met one of the festival directors, Sara, at the Fantasia film festival last summer – we hit it off and were able to arrange for me to attend! FGB is still a small-ish fest, but it’s got a lot of passion behind it and I can tell it’s going to grow. 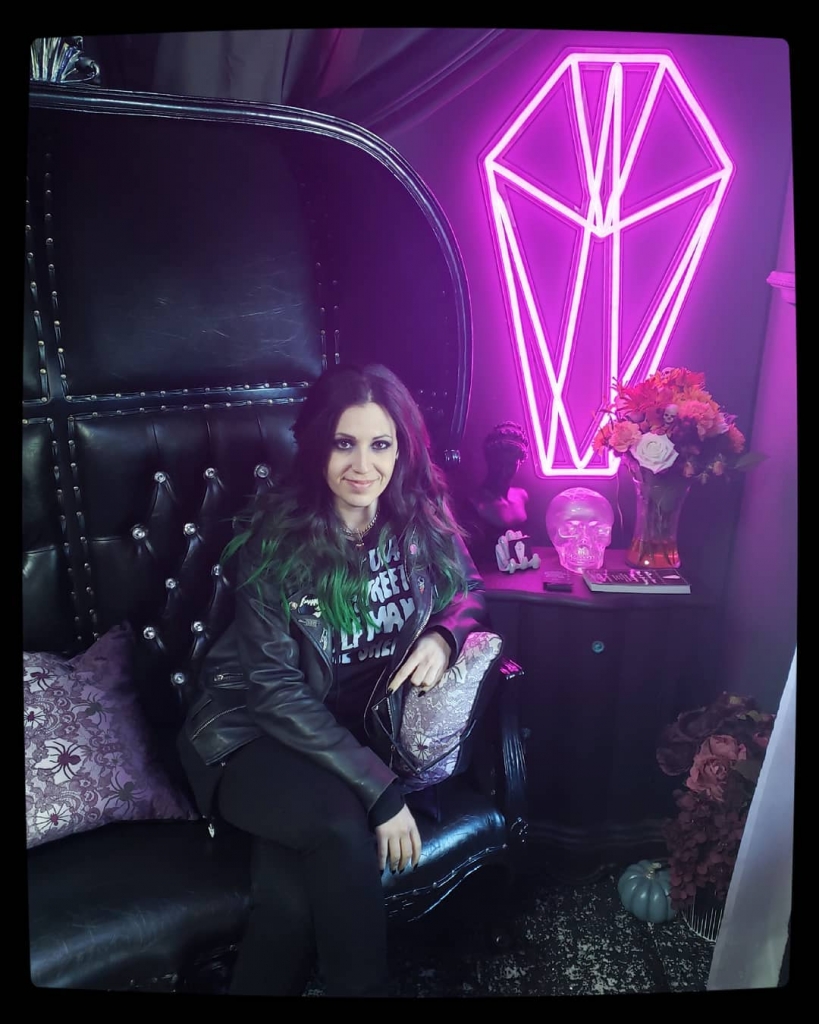 2. You were interviewed here at Morbidly Beautiful in 2018 and talked about how Women in Horror Month was drawing more attention and growing. It seems like we’re seeing a massive spike in representation and recognition for women in horror, and just film in general. What do you think has helped push the movement forward and what do you see as the future of women in the genre?

Well, that’s great to hear! It’s funny, Alex and I were reflecting on the past decade of horror in a recent Faculty of Horror episode and we remembered when Women in Horror Month was new and it was very controversial. So many female-led outlets and podcasts have started up since then that I almost take WiHM for granted! I suppose a lot of that has to do with how easy it is to disseminate content nowadays – podcasting is so easy and provides a very intimate platform to connect with people. As for the future; I’m no fortune teller, but I can only see good things ahead! 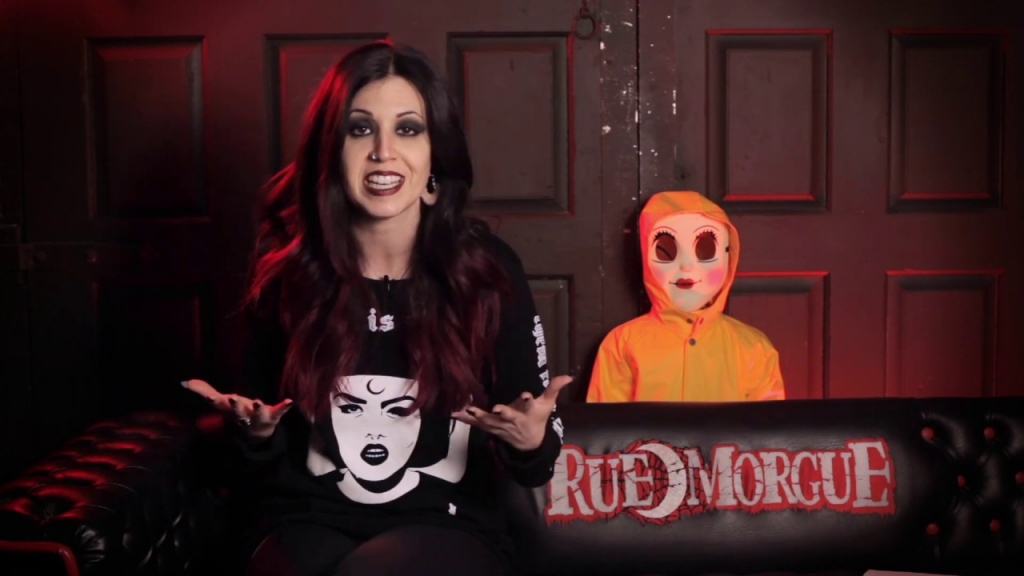 3. You have so much on your plate, including writing, speaking, attending festivals, editing Rue Morgue Magazine, and putting together such great content for the Faculty of Horror podcast. Do you find it hard to balance everything?

Yep! I do, and thanks for your kind words. There’s a stubborn workhorse side of me that can grind away at things relentlessly, and then there’s another part of me that gets restless and wants to start new projects before putting other projects to bed. I overload myself regularly, so I’m always looking for ways to maximize my productivity. I have inspiration all around me, and I’m very grateful for that. 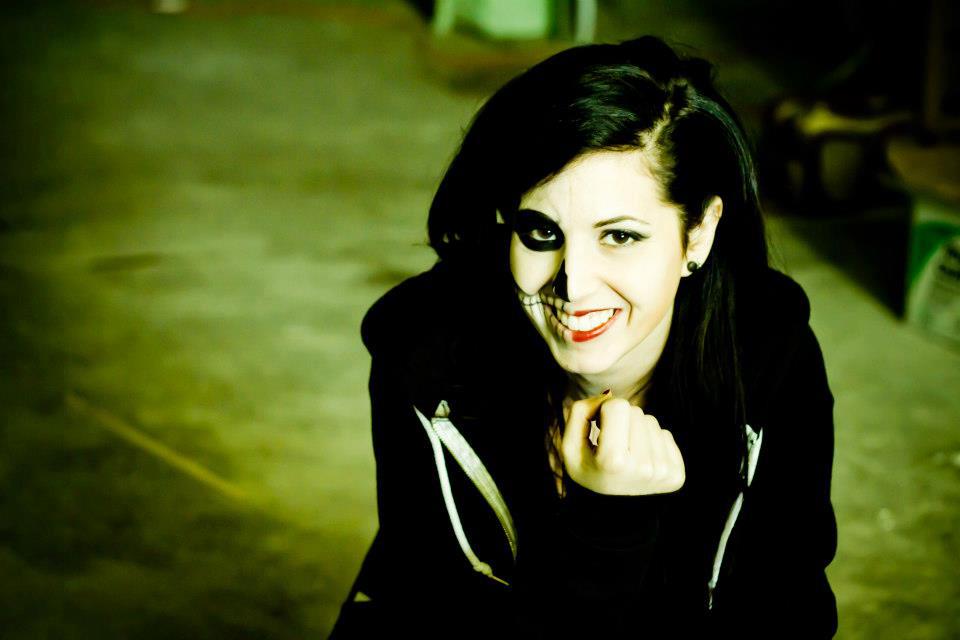 4. Do you think it’s imperative for women in the genre to try to break into multiple factions of horror to get noticed and involved in the community?

Well, I think there’s an important distinction to be made between getting noticed and getting involved. Getting involved has never been easier, but if you’re getting involved to get noticed (and I’ve seen this happen), you’re in for a long, frustrating ride. The quality of the content is always #1, and quality should always come before quantity. If your work is good and you keep at it, your audience will find you eventually. So many podcasts go belly-up simply because their creators expected too much, too soon. It’s a long game, so it’s important to please yourself before you can worry about pleasing others. 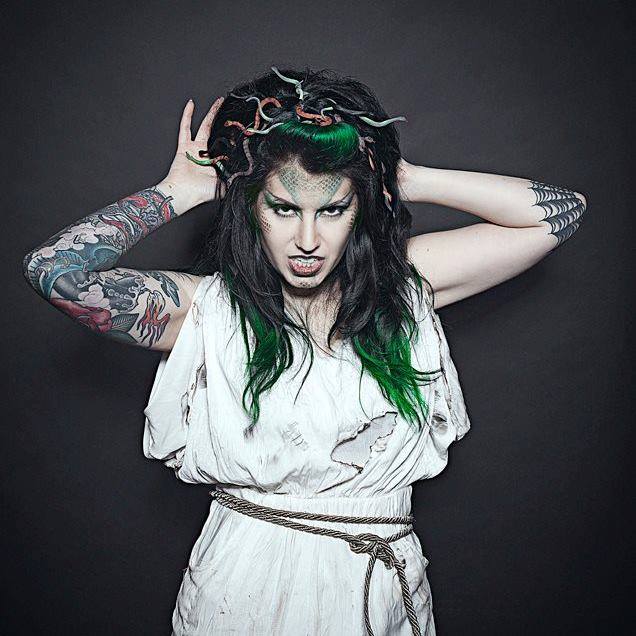 5. Is there an aspect of the genre you haven’t yet conquered that you’d be interested in pursuing?

Sure! I collaborated with a friend on a screenplay for a horror short once. I find writing horror fiction pretty daunting, but I’ll never say never. I started playing in a band last summer which I’m enjoying, and sometimes I toy with the idea of collaborating with a brand on my own cosmetics line. My life up to now has taken turns that I couldn’t have imagined or prepared for, so I keep myself open to new opportunities at all times. 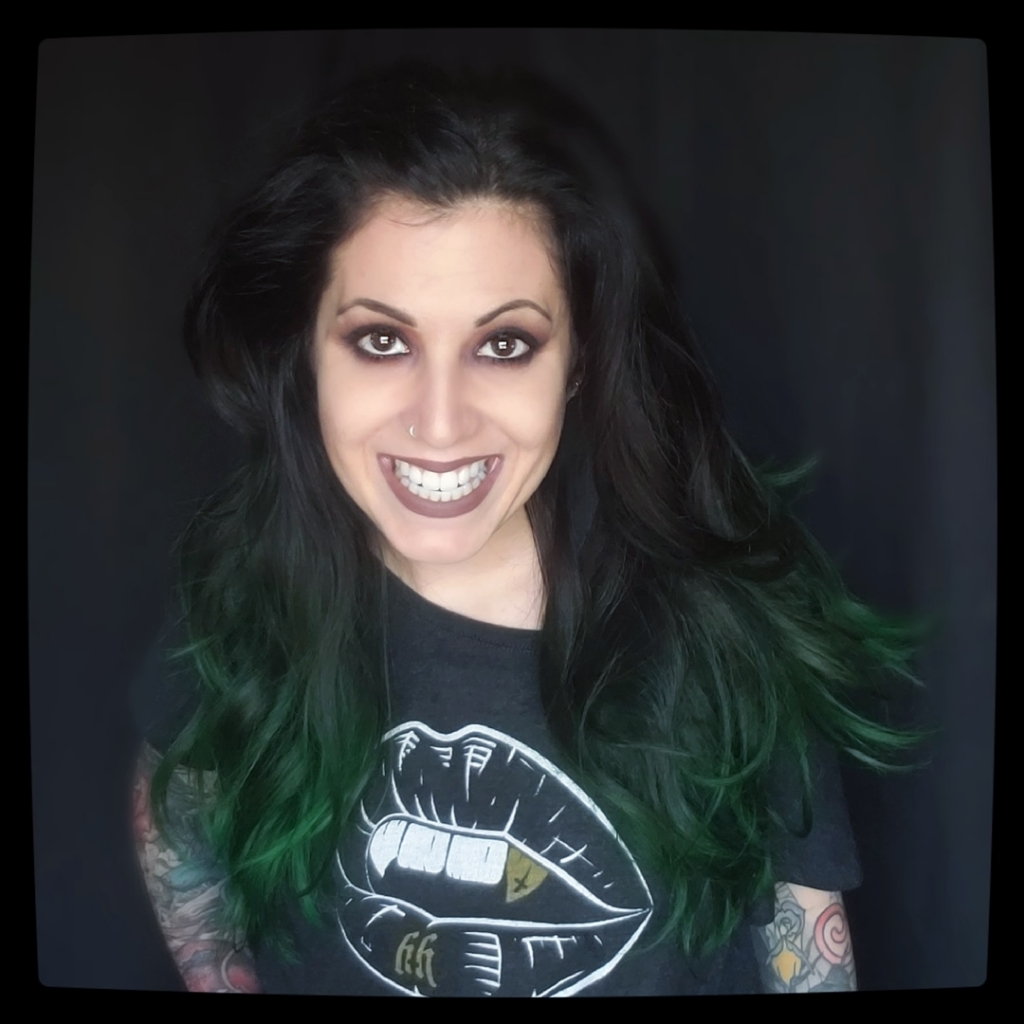 6. I love the Faculty of Horror Podcast you co-host with Alex West. You record the show live at Salem Horror Fest every year. Do you plan on taking your podcast out on the road anytime in the future? Do you enjoy the dynamic of a live audience and immediate audience feedback?

Yes and no. I’m very proud of The Faculty of Horror. I’m proud of all the work I do, but that show is very special to me because it’s something Alex and I created together, and we created it in the hope that it might reach people like us. As such, meeting people who love the show is a tremendous source of joy to me. When someone says they love they podcast, I instantly consider them a dear friend — that’s how close I am to the show.

With that said, I’m a lot more comfortable pounding away on a keyboard or in a closed recording session with Alex than I am in front of a live audience. Writing gives me a sense of control over the content that I can’t command in any other format, I think that’s the bottom line. I remember when we hired an editor to cut the podcast, I really struggled with relinquishing that creative control! It’s something I’m working on, because I know our fans feel very close to us and I want to be able to offer them that kind of experience. As for taking our show on the road – I guess you could call us vampires, because we just need to be invited… 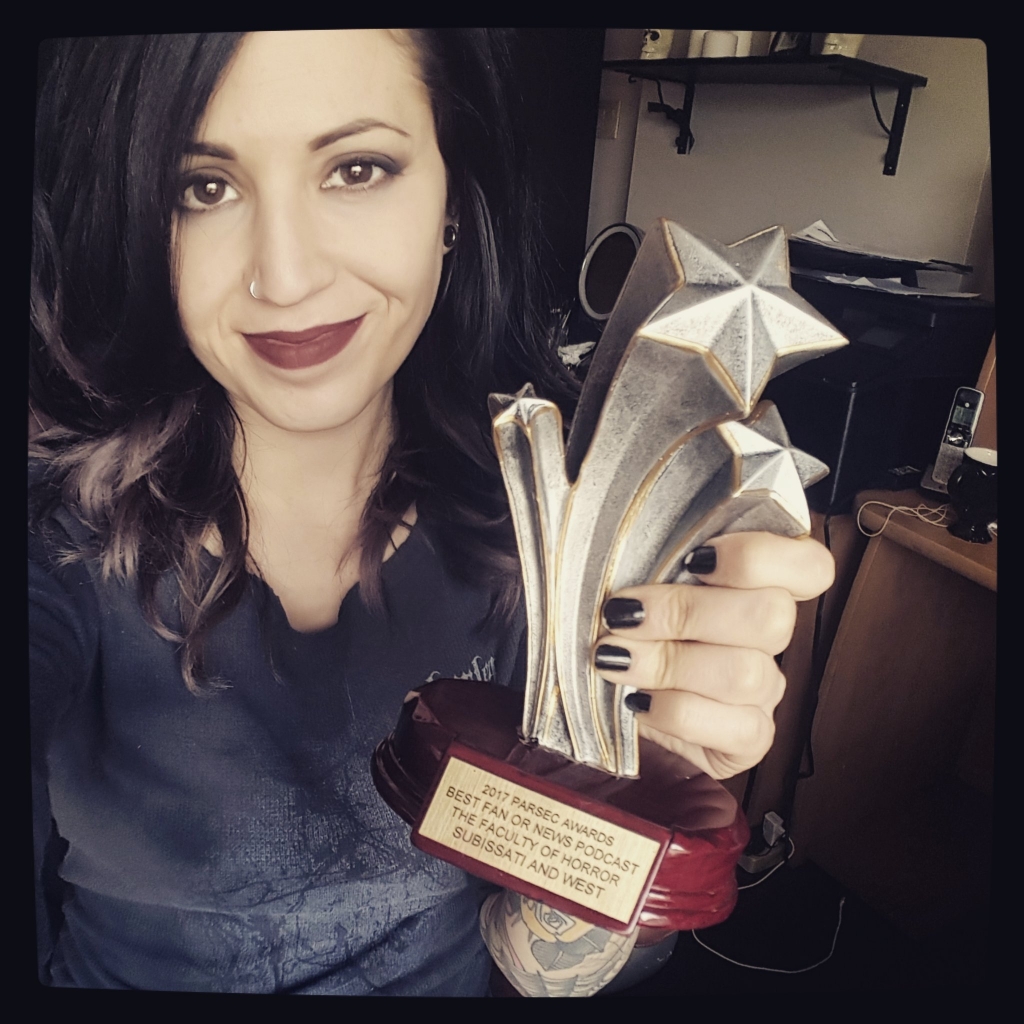 7. Women have always had a big place in horror in front of the camera, but not so much representation behind it. Do you think horror says something different about society, our place in it, and even final girls when told from a woman’s perspective?

I think horror appreciation is a pretty personal thing beyond gender so I try not to essentialize, but I can’t deny that having attended an all-female/non-binary film fest last weekend, I can definitely sense a female perspective in the content. I dunno if it’s a female gaze or just a lack of male gaze, but there was content being screened in Berlin that absolutely could not have existed without that perspective. And that’s not a slight against guys. I don’t expect them to understand my experience any better than I understand theirs, but the real horrors of the world, the really ugly bits, often reside in those differences between us. 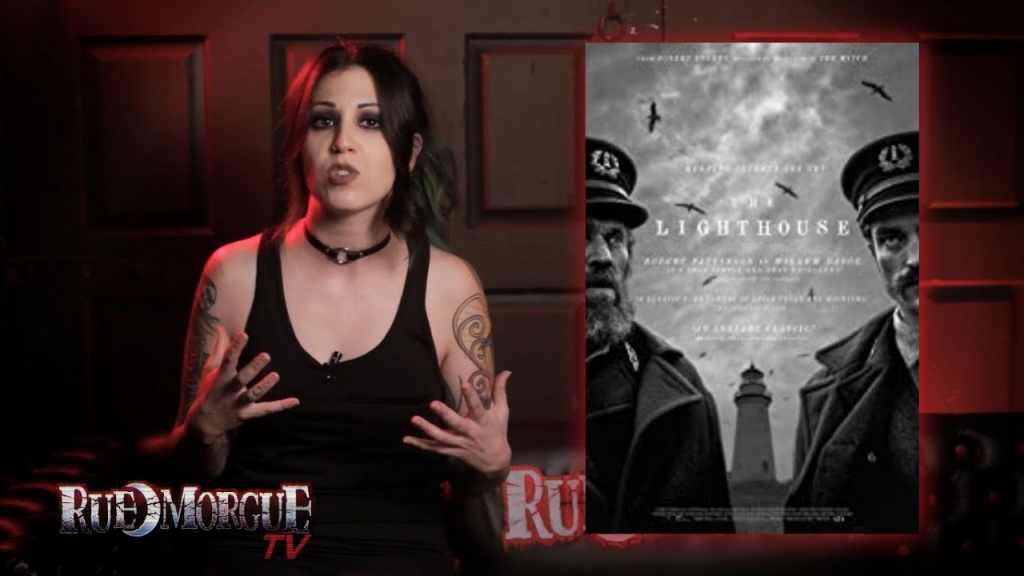 I get asked this one often, but I really don’t like to speculate as to how current affairs will manifest in future horror. Heck, I don’t even think it’s possible to completely understand the present state of things when they’re still unfurling. Some horror outlets rush to identify trends as they’re happening, but I find it kinda pointless – there are nuances to cinematic movements that you can only really isolate by looking in retrospect.

With that said, I am intrigued by the increasing presence of social media and technology in horror (from Black Mirror to Unfriended to Cam) and also the prevalence of streaming outlets to grant access to more content. It’s an exciting time but I think we’ll be able to understand it a lot better later on. 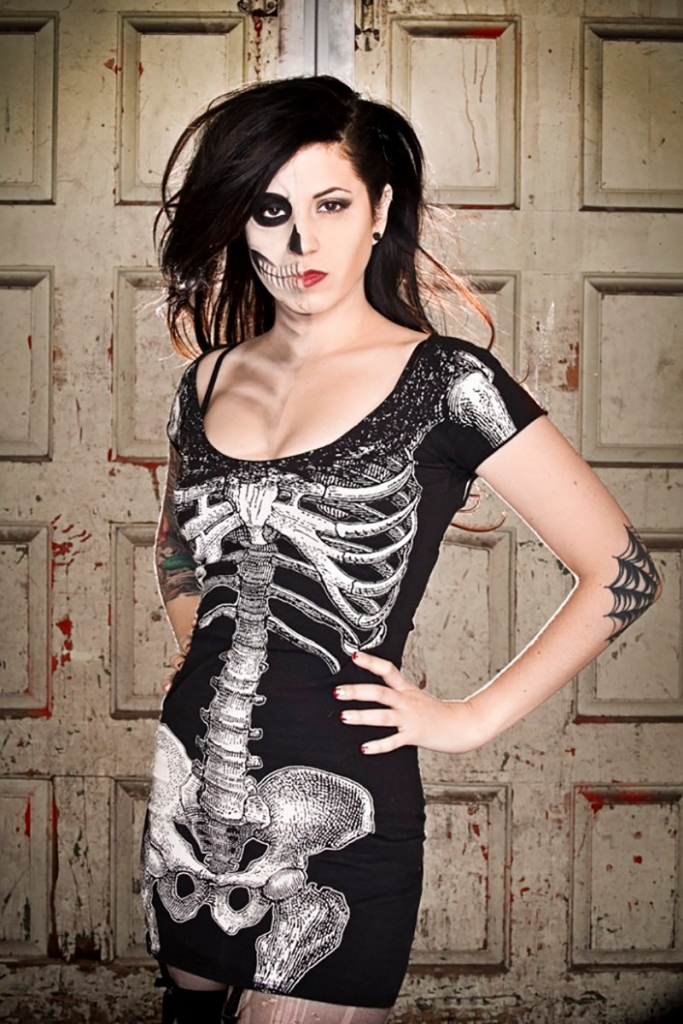 9. We’ve been seeing more horror come out of countries without a large film presence. Do you think horror is the easiest way to express societal viewpoints, or just a cheap genre to break into?

I think it’s both of those things, and then some. I’ve seen filmmakers treat the genre as an outlet to play around with practical effects, or cool makeup techniques, or maybe they really love bugs and what other kind of story could possibly center around bugs? There are a lot of reasons a country or an individual might dabble in the genre, but I can’t help but think of poor David Cronenberg, and all the flak he took for making horror movies with government tax shelter funds. He even got kicked out of his apartment!

So there are many good reasons for playing in horror’s sandbox, even if you’re not trying to craft something terribly insightful, but there are just as many good reasons against it. Sometimes the most hard-hitting horror movies are the ones that were made on a whim. 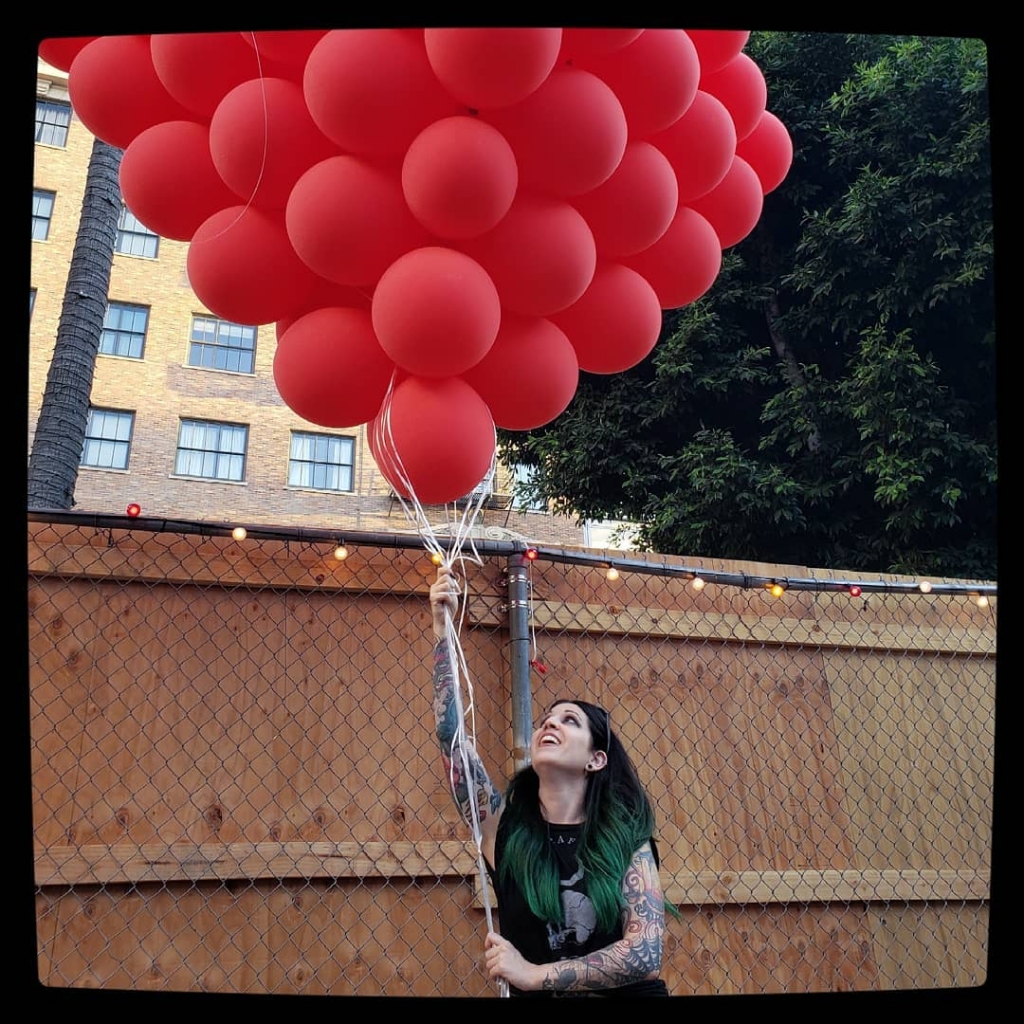 10. You speak a lot about the sociological impact of horror cinema and the deeper themes found within genre content. Horror so often gets written off as a less artful, less meaningful, less sophisticated genre. What is it about horror that you’re so drawn to, and what role do you think horror plays in reflecting and influencing society?

It’s funny – sometimes when I think about it, I find it hard to determine whether I was drawn to horror or just put off by other forms of fiction. I found non-horror content to be uninteresting at best, and at worst, patronizing and insipid. Then, after some education in sociology, I started to see both horror and non-horror differently – they were both trying to tell me something, but the former had more challenging messages than the latter.

I’m not a conspiracy theorist or anything, I’m not trying to argue that there’s hateful propaganda in pop culture products, but culture and entertainment have a way of influencing each other at the same time – it’s part of a complex system that determines normativity.

Horror is where you see that balance between life and fiction disrupted completely. I think I respond more positively to imbalance because I’ve often felt at odds with the rest of the world, but the irony is that I’ve found my tribe within horror fandom and it helps me feel less alone.

We want to thank the amazing Andrea Subissati for taking time out of her very busy schedule to chat with us. We can’t wait to see what she does next and to watch her continue to kill it as a badass and inspiring woman in horror.