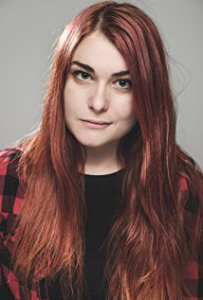 I recently had the opportunity to screen Sargad, an intelligent and tension-filled revenge horror from talented writer and lead actress Sarah Giercsky. After being thoroughly impressed with her feature film debut, I was able to reach out to Giercksky, who was kind enough to spend some time chatting with me about her inspiration for the film, her filmmaker career, and her love for the genre.

When did you first know you wanted to start making films, and why specifically horror?

I saw my first horror movie at the age of six, it was John Carpenter’s Halloween (1978) and I immediately fell in love with the genre. When I was 12 years old, I started writing my own horror screenplays. That is when I knew that I wanted to create horror movies. I used to film short horror films with people from my sixth grade, and then I would sit and edit them. They were really bad, but I had a great time. I then continued to write screenplays and watching even more horror movies. It wasn’t until a few years later that I started filming my own short films, which eventually led me to make my first feature film, Sargad. 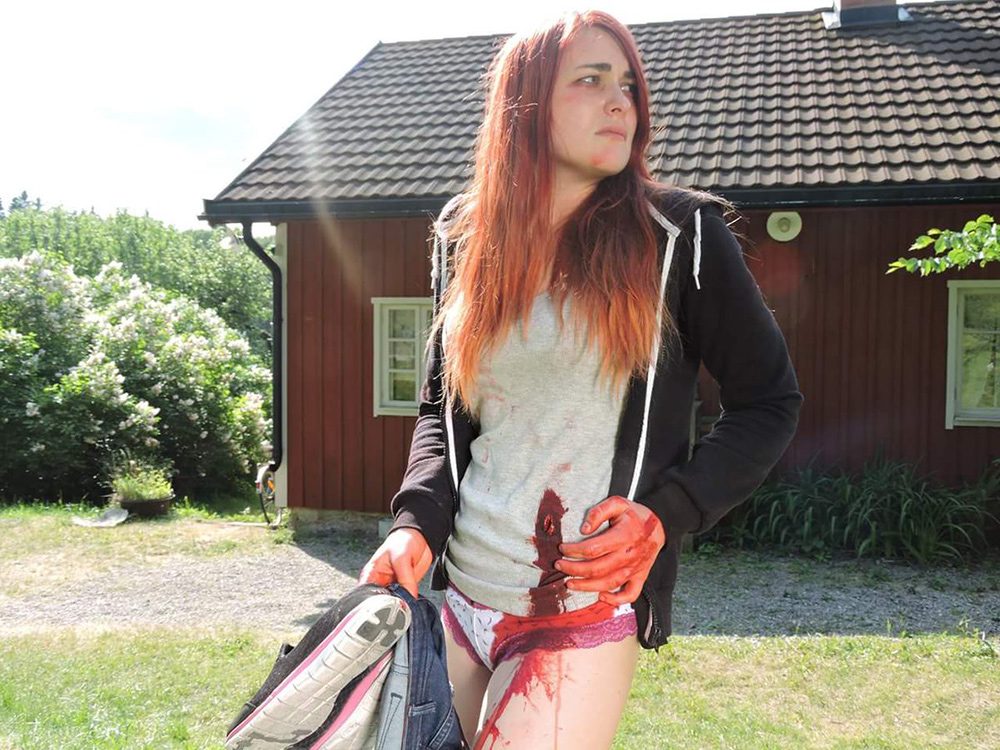 What can we expect from the film Sargad?

A horror film with a good story, focusing on the relationship between the characters plus some blood.

Sargad is your first script for a feature film. Why did you decide to write a revenge horror?

I love the idea of taking revenge on mean and evil people who have hurt you in a really bad way, and that is why I love the revenge sub genre. I had written a revenge horror script five years prior to writing Sargad, but it was about a man being brutalized and taking revenge. I did want to film that script, but I really did not have any crew, equipment or anything. So I put that aside. I have always loved the revenge sub genre, and I knew that I wanted to create a revenge movie one day. When I had finished the script for Sargad, I felt that this was the one that I wanted and could film. I worked on the screenplay for nine months. 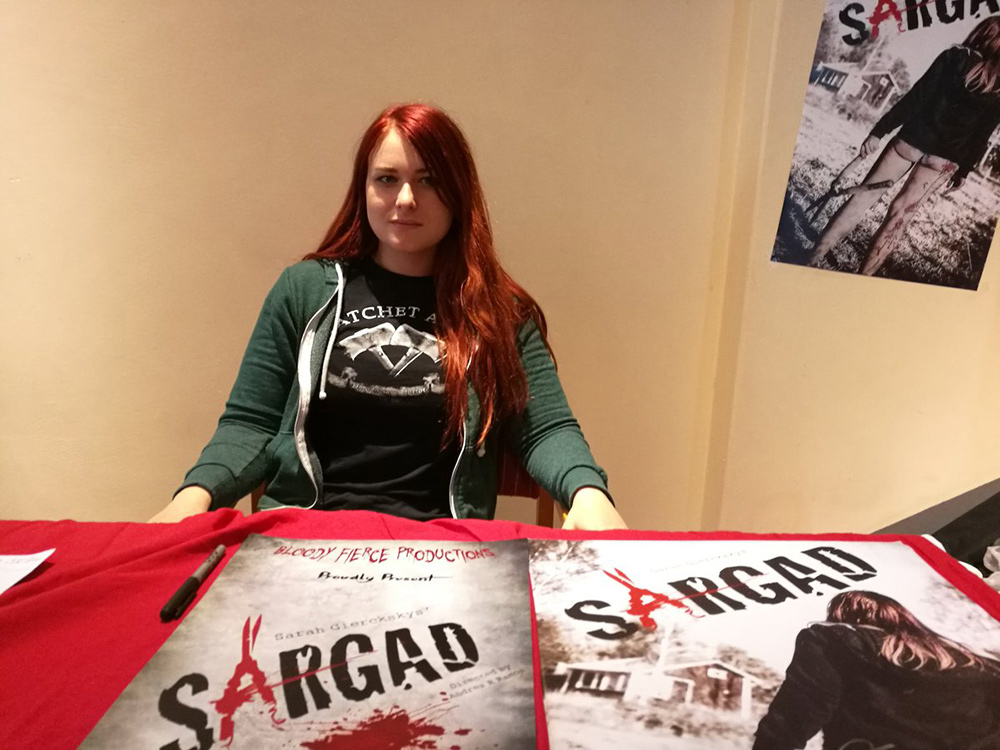 As a fan of horror, did you take any inspiration from any horror films while writing the script for Sargad?

Do you think the character of Elina incorporates part of your own personality?

Yes, it does. The story is about Elina, a woman who is going to a cabin with her mom and younger sisters to spread her dad’s ashes. I lost my dad to cancer when I was 10 years old, so I incorporated a lot of personal things to Elina’s character. I also made her have a background in wrestling, and in real life I was an Amateur-MMA fighter in Sweden before I decided to pick up an acting career. This is mostly why I felt that I would portray Elina, because she reflected so much of myself. 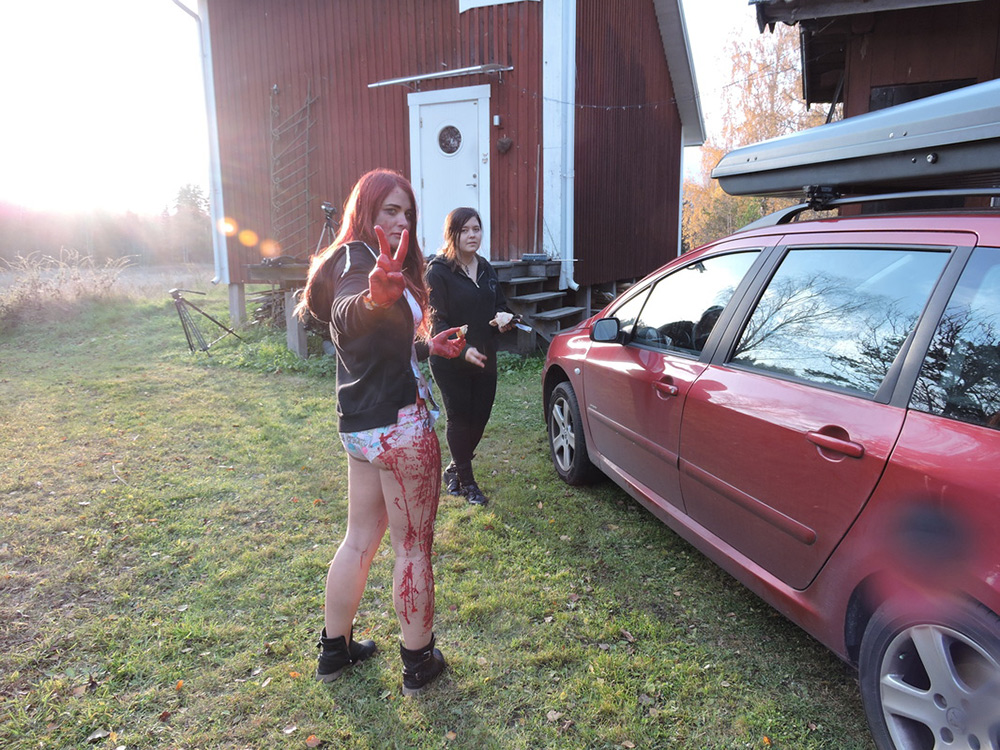 Were there any scenes in the finished film which changed from your original script?

There were some minor details that changed, but nothing big. But I can tell you that a lot of stuff has been cut out, due to the film being too long the first time we edited the entire film.

As well as acting in the film, you were also involved in the special effects. Do you like to be involved in all aspects of the film?

Before acting, I studied film production at a school in Sweden, and I also studied screenplay writing. So I have been working behind the camera a lot, doing different things. My mom got a diploma in SFX, and she taught me because I was very interested in creating effects for my own films. I have also been creating them for other film projects. I am still developing in that area, but I love it.

What is your favorite scene in the film?

One of my favorite scenes is when the younger sister, Lily, is walking through the woods with her headphones on and suddenly a clown appears and is walking behind her. I really like the composition of this scene, together with the music from the band Our Untold Story with their song Hell House. 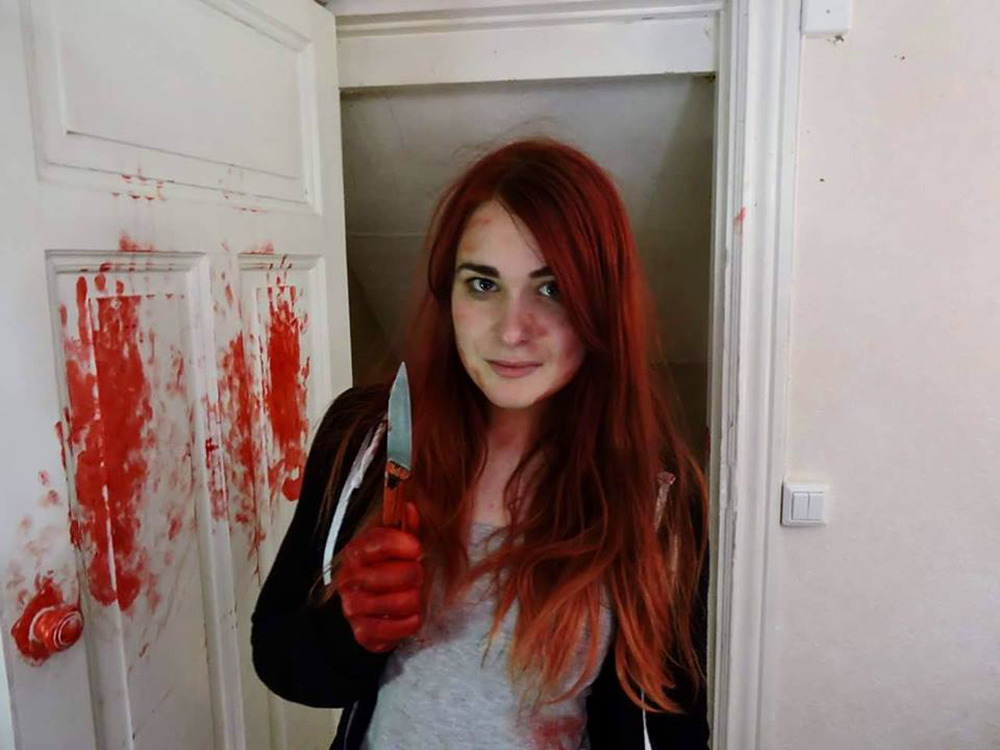 Do you think it is more difficult as a woman to be taken seriously in the horror genre as a writer and director?

No, I don’t think so. A lot of great horror movies have been written and directed by women, not just movies, but books too. I have seen an increase in horror movies made by women these last few years, and it thrills me. I continue to be very impressed by my fellow female filmmakers in the horror genre, and I am also hoping to make an impact on the genre.

The film itself was produced by your production company Bloody Fierce Productions, which you created with Jasmine Martinez & Andres R Ramos. Why did you decide to create your own production company, and do you have any plans to produce more feature films in the future?

I felt that Sweden needed more production companies that focus on creating horror movies and darker movies, which is why I created Bloody Fierce Productions. I do plan to produce more feature films in the future and have already written several feature length scripts and they are all in different sub genres of the horror genre.

In addition to Sargad, you have recently had success at the festivals with your horror short Rotten Love (2017). Can you tell us a little bit about this film?

Originally, I wrote the script for Rotten Love for a horror competition in Sweden who were seeking short screenplays in the horror genre. I submitted it, but did not get chosen. A few months later, I decided that I would film it anyway. I had people who were very passionate about the script, and without any budget at all we managed to film it and get Andreas Gyllström (who made the amazing score for the film).

Rotten Love is about a man named Leo, who had a tough day at the office and heads home to find that something is disturbingly wrong. The director Xander Turian is also starring as Leo alongside me in this film. I am so thrilled about all the awards and festivals it has been selected for, and sometimes it feels unreal. 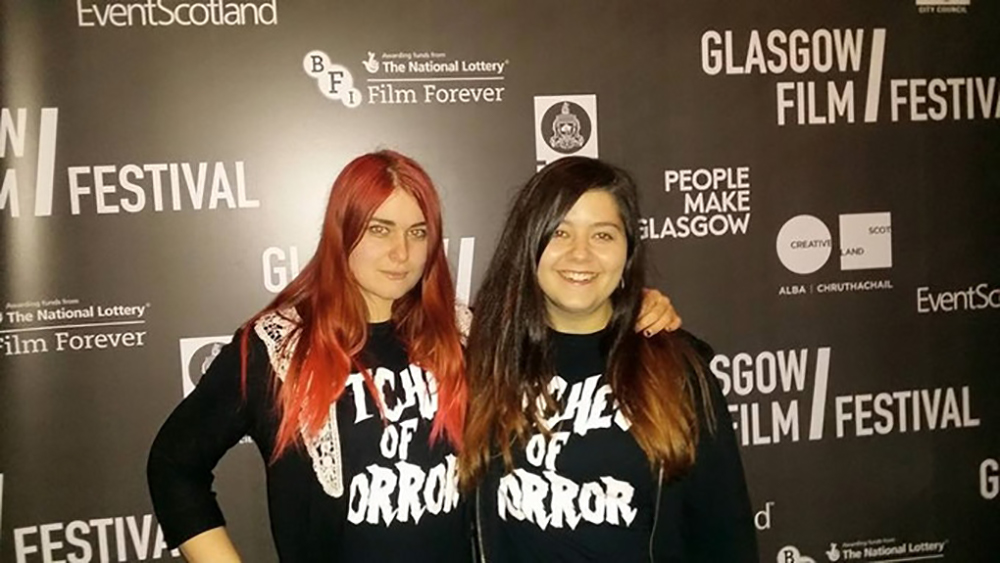 You also have your YouTube channel Bitches of Horror, how did this come about?

Me and my best friend Jasmine Martinez both love horror movies, and we were always watching and talking about them. One day, Jasmine came up with the idea to record us while we were reviewing and talking about horror movies. That is how Bitches of Horror was born. We not only review films, we also interview filmmakers in the horror genre…and we also try to promote as much indie horror as we can.

We are going on our third year. and we try to have special episodes, like our New Year’s Special where we list our top 10 lists of that year and also have a fun drinking game.

Are you working on any other projects at the moment?

Yes, I am, but I can’t reveal anything about it yet. I can say that it is a horror feature film, and it will be filmed in the summer