Interview With Damian Maffei, “Man in the Mask”

Man in the Mask: Interview with actor Damian Maffei, discussing his love of the genre, his role in The Strangers: Prey at Night, and what makes him tick.

Editor’s Note: Guest contributor 33Dead had the opportunity to chat with actor and producer Damian Maffei. Damian plays  the terrifying “Man in the Mask” in the recently released The Strangers: Prey at Night. While his latest role as the axe-wielding, sack-headed killer is garnering a lot of attention, Damien is no stranger to the world of indie horror. Our guest columnist talks to him about his career, his love of Horror, what it was like to don the iconic mask, and what’s next for the talented actor.

PART ONE: THE ACTING BUG 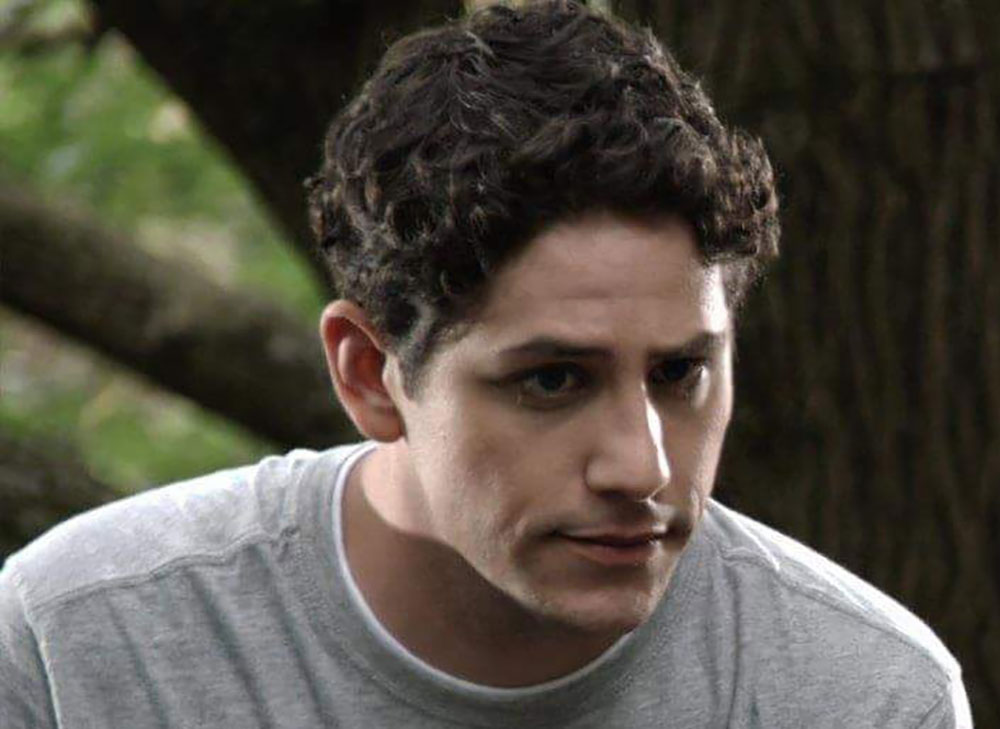 Morbidly Beautiful: Firstly, I want to start out by thanking you for your time. I know you’ve been busy promoting and doing other interviews, so it’s appreciated that you’d take a few minutes and speak with us here at Morbidly Beautiful.

MB: So what got you into acting?  I mean, I know that it’s a dream for lots of people.  But at what point did you decide that this was worth the risk to pursue?

DM: You know what’s funny, and probably scary, is that I think MANY actors, certainly including myself, didn’t see it as a risk. Not when I was starting out. Which comes with the whole ‘invincible youth thing’.  It was just, “I’m obviously quite gifted, perhaps the greatest ever, not hideous, being an actor is my destiny.” For quite a while there, it never really was realistic that I WOULDN’T wind up acting as a profession.

Even more, I was never really interested in becoming a “star”. Doing character work, that’s where I wanted to wind up. Getting lost and unrecognizable in juicy parts, I thought that made me so damn interesting. While my friends tottered off to become ‘big stars’, ‘leading ladies and men’, I thought I’d be doing stuff that I was proud of. Of course it’s all absurd, and by “getting lost and unrecognizable,” I don’t mean with a sack on my head.

But, for me, it wasn’t until adult life started to rain down upon me that I started to get nervous. Bills have to be paid, you have to eat food and stuff to survive. And then our first child came along. That’s a real eye opener. You know, babies don’t come with coupons. And they’ll let you have one, even if you’re stumbling around trying to get acting work. It’s pretty crazy. So I think around the time of the first child was probably my initial mental stumble, “Do I keep trying this?”

My wife, who is an exceptional actor herself, continued her higher education and went right out and got a job that would support our family. She made that huge sacrifice so I could stumble around, no idea if I would gain any traction with it.

DM: That said, it was something I always felt I could and should do from the start. I was good at it, and was willing to work my ass off, and I figured if I continued to do so, keep doing good work, eventually it would have to pay off. 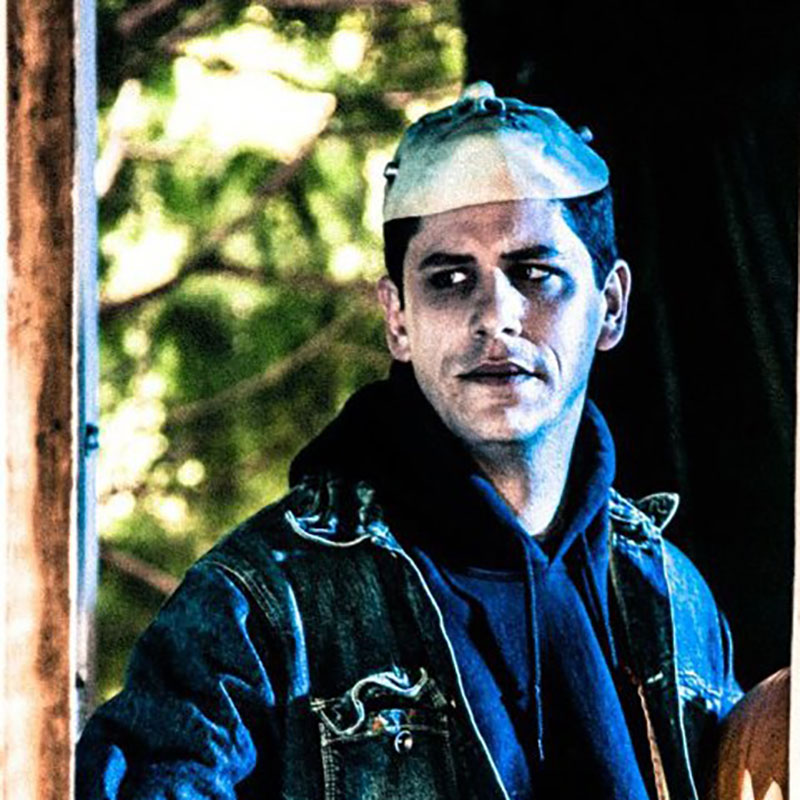 MB: After seeing some of your other work, I agree man, you’re good!  What other jobs have you held prior to acting?

DM: I was a waiter. Worst ever. I’ll bet on that. I’m good with people until they give me attitude, act as though they’re superior beings. Then I cannot suppress, I must be a dick back to them. So that didn’t work out too well. I delivered pizzas. Was also bad at that. Also, the whole giving me a hard time thing, I didn’t do well with that. And I sold suits at a clothing store. Suit salesman. I was very personable, helpful, and warm. Unless you were a dick to me, then I’m like… “You don’t need a suit, you need my foot up your ass.”

MB: Yes!  I’m the same. I’m cool until you give me shit, then it’s game over, man. You’re a father to a couple of boys. Do you find your career hard to juggle when you have a family at home?

DM: The hardest part about having the kiddos and doing this stuff is being away from them for so long. You go on to a movie, you shoot for a couple of weeks, month, 2 months…more. It’s hard. And especially if you’re starting out, or haven’t begun raking it in, you just can’t afford to travel back home on the off days, or bring them to you. That’s the toughest aspect, to me. 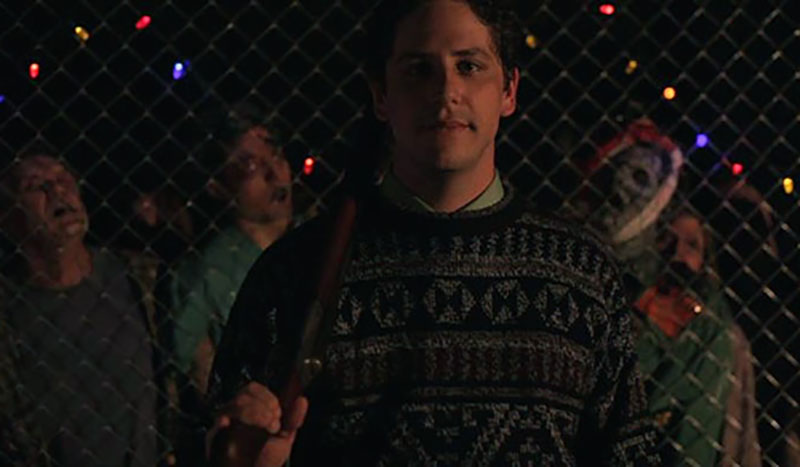 MB: Understandable. It has to be hard, but someday they’ll get to see that their dad played a badass axe wielding maniac. So, I know this through previous conversation, but what some of our readers are unaware of is that you’re a big horror fan yourself. How old were you and what movie was it that brought you to the dark side?

DM: Oh, I don’t know how old I was. Young. Younger than society and my parents thought I should be watching such things. But I was crafty. BACK IN MY DAY, we didn’t have the same parental controls, and I’ve always been a night creature, so I’d sneak down and have at the TV. I’ll say that ALIEN was probably my first experience watching a horror flick and truly loving every second of it.

And Ripley is incredible of course, but I remember watching that movie and emotionally latching on to Captain Dallas, as you were likely meant to do. He was their leader, he was level headed, and he meant safety for me as a viewer. So when he went into those ducts, man…what a scene. When they lose the signal and he’s sitting there with his back up against the wall, mumbling to himself, asks Lambert if he’s clear so he can get the hell out of there…that was powerful stuff. Still is. MB: Hell yes. Ripley is amazing, and Dallas had an effect on me too. I know exactly what you’re saying.

DM: I probably saw BLACK CHRISTMAS not too long after, and that will always be a near perfect movie to me. Those two pushed me to further check out the genre, and I started just blowing through every flick available in the horror section of the nearest video store. Another distinct moment for me was I remember Halloween night, sitting at home, I was probably 9, and I watched NIGHT OF THE LIVING DEAD, TRANSYLVANIA 6-5000, and THE RETURN OF THE LIVING DEAD. That was a good night.

I had seen parts of NOTLD before, but this was my first time start to finish, and it was just amazing. And of course I loved ROTLD, and started searching out everything Clu Gulager was in after that, something about him made me want to see more. I do recall having nightmares that night though, fast moving, gooey zombies. So that’s a drawback. Worth it though.

MB: Dude. Black Christmas is top shelf.  The voice on the phone is terrifying. It was neat reading some trivia about the movie. Who is your favorite slasher? 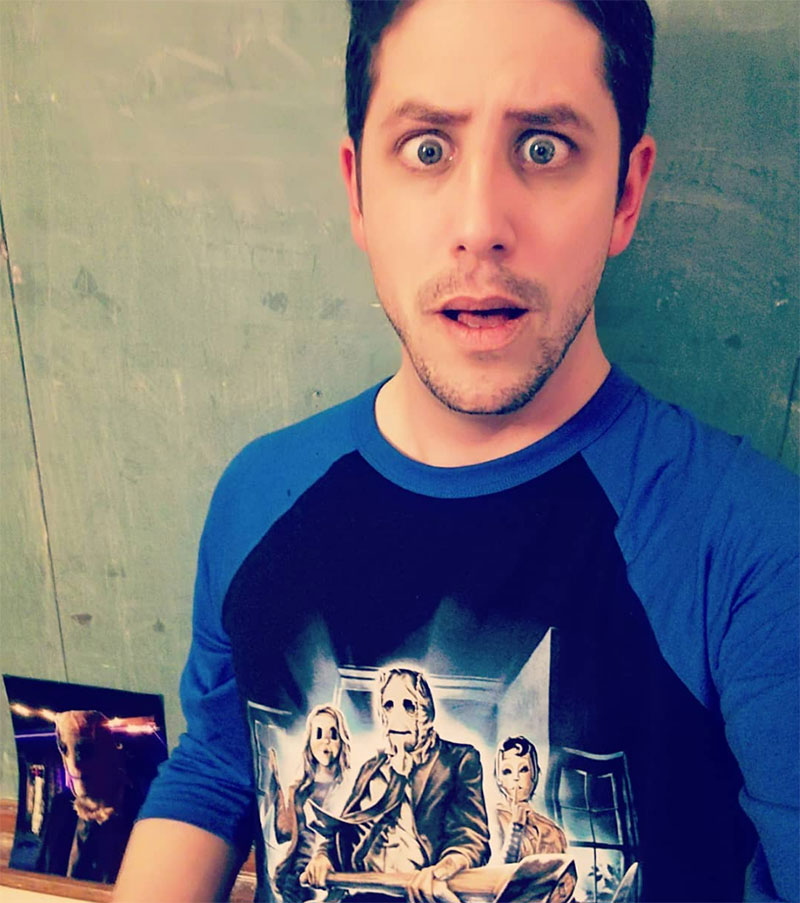 DM: You mean character wise, not necessarily the movie overall? I’ve always liked the idea of Cropsy from THE BURNING. That movie is a little sleazy (Weinstein?) and Cropsy is a little sleazy. His motivation is a little wonky though, so I can’t fully get behind him. I like Owl Head in Stage Fright. As a lover of the theater, I can identify with him, not only just taking a break from the slaughter and enjoying a sit on stage with some classical music, but also the want to destroy bad theater and everyone involved in it.

My FAVORITE though has to be Jason from Friday the 13th part 2. Sacky-J. For me, slasher wise, it’s the perfect marriage. Jason in that movie is a tragic figure. NOW HOLD ON…it’s true. He is a boy that most certainly was made fun of, probably viciously, by the other children, he SORT OF drowns due to lack of supervision, and sees his mother beheaded just trying to keep other kids from drowning.

His mother was his whole world. So he’s a bit of a clod, he’s confused, lost, and he’s out there just trying to do what he thinks he needs to do, stop these counselors. They’re t