In honor of the 20th anniversary of the unsung classic “They”, we interview the film’s star, actress and producer, Laura Regan. 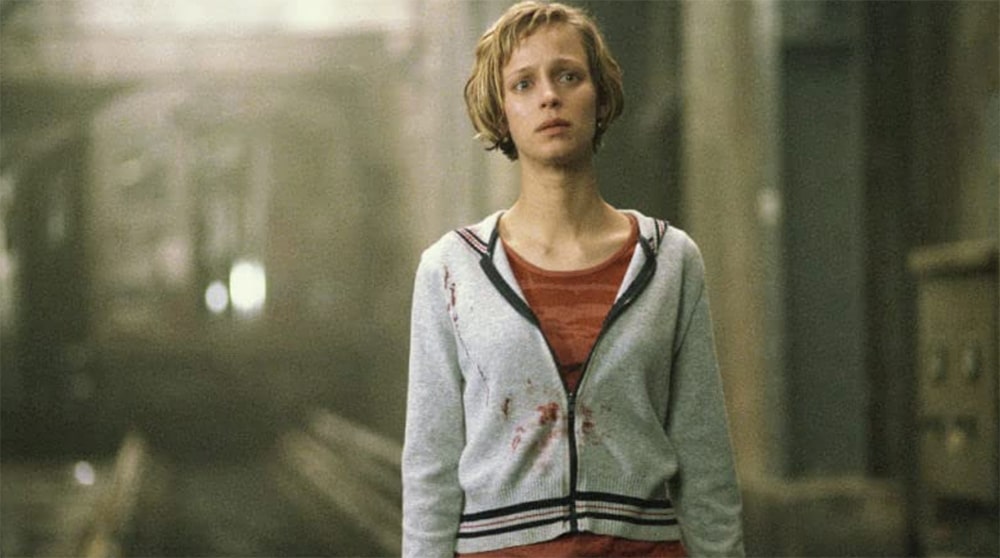 MORBIDLY BEAUTIFUL: Hi, Laura. I can’t begin to express how excited I am to be interviewing the lead actress from my personal favorite horror movie, Wes Craven Presents: They, which is celebrating its 20th anniversary this year. Thank you so much for agreeing to the interview.

LAURA REGAN: Thanks. I loved this project, and I am always happy to talk about it.

MB: My first question is, how did you get involved with acting in the first place – was there anything specific that drew you to performance art?

LR: I was always drawn to performing but mostly dancing. I avoided acting in school because I didn’t think I fit the profile, and it didn’t seem to be a real possibility. Once I was in university, I allowed myself to try it and fall in love with it.

MB: How did you first become involved with They?

LR: I was in LA for one Friday afternoon while shooting My Little Eye on the east coast. SAG was threatening a strike, so loads of projects were casting and trying to shoot before the deadline. I flew across the country and drove myself directly to three auditions — white-knuckling it in the traffic in a city I’d only visited twice.

When I finished the last one, my agent had called and left a message for me to call her (Maybe cell phones didn’t have voicemail in 2001? Maybe mine was dead?). There was one more audition if I could get there before 5 pm. The office where I was working kindly printed the sides for me and described how to get there. I decided that getting there unscathed and on time in LA’s Friday afternoon traffic was my only goal.

Once I did that, I just relaxed, looked at the sides, and made some quick choices. I knew Julia was intelligent but deeply troubled. I went in and met Robert Harmon and read for them. And by that evening, they had called to set up a special meeting with Scott Kroopf the next morning before I flew out. By the time I landed back on the east coast on Sunday, they’d offered me the role. 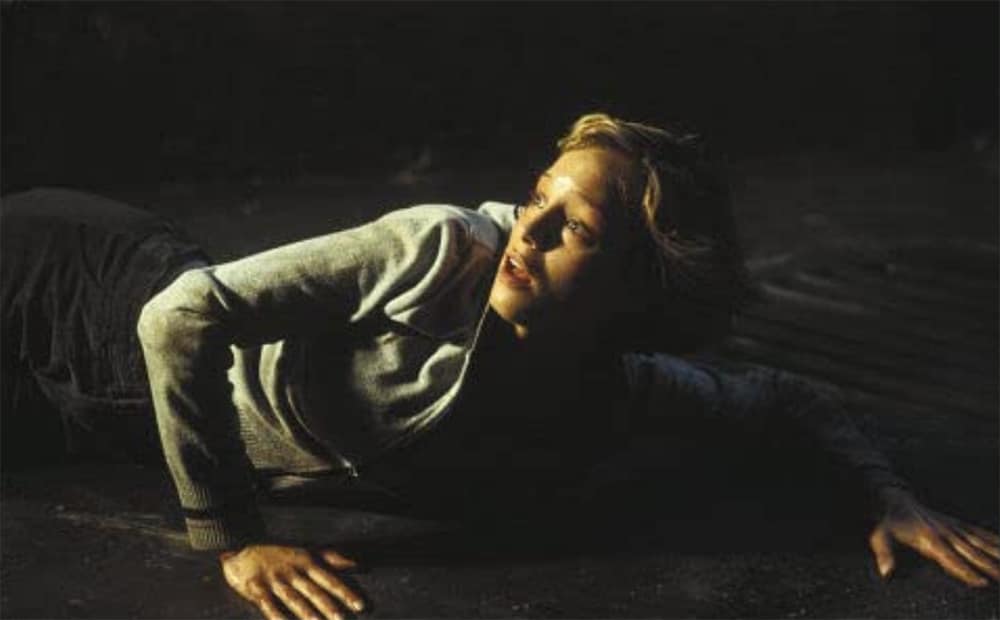 MB: Wes Craven Presents: They is one of many Sci-Fi/Horror projects you’ve been involved with throughout your illustrious career (though I daresay it’s the most terrifying).

At Morbidly Beautiful, we believe horror is extremely important and deserves to be talked about alongside all great cinema, literature, and art. I would put They right up there with other genre classics such as Poltergeist (1982) and The Haunting (1962). How would you describe your own view of horror in general? Do you have some favorite horror films of your own?

LR: I’ve always had trouble with this question in interviews because I’m not a true horror fan. I’m too terrified to watch many of the classic horror movies. Alien was all I could take.

MB: No worries! I’m glad you at least enjoyed Ridley Scott’s masterpiece since there is a striking similarity between the creatures in They and in Alien.

Your performance in the movie is so utterly believable that I can’t help but be terrified right along with your character, Julia Lund. How in the world do you begin to prepare for a role like that – the grief of losing your childhood best friend (the fantastic Jon Abrahams) and your father to suicide, the sheer terror of finding yourself plagued by the same demons that led to your friend’s breakdown, the despair of thinking that you are grounded in reality with a chosen profession of clinical psychology, only to learn that everything you think you know has been called into question including your own sanity?

Were there any specific inspirations you drew on for Julia?

LR: Not to sound bleak, but there are so many ways into despair and terror for me. I’m fairly suggestible and have a busy imagination, and I rely on a robust and dependable psycho-physical acting technique.

In many ways, I really learned how to work on this movie; I was on set every day for long days in almost every scene. I learned that the stars don’t have to be aligned for me to deliver my performance… even if I’m tired or hungry, or cranky, I can still work! 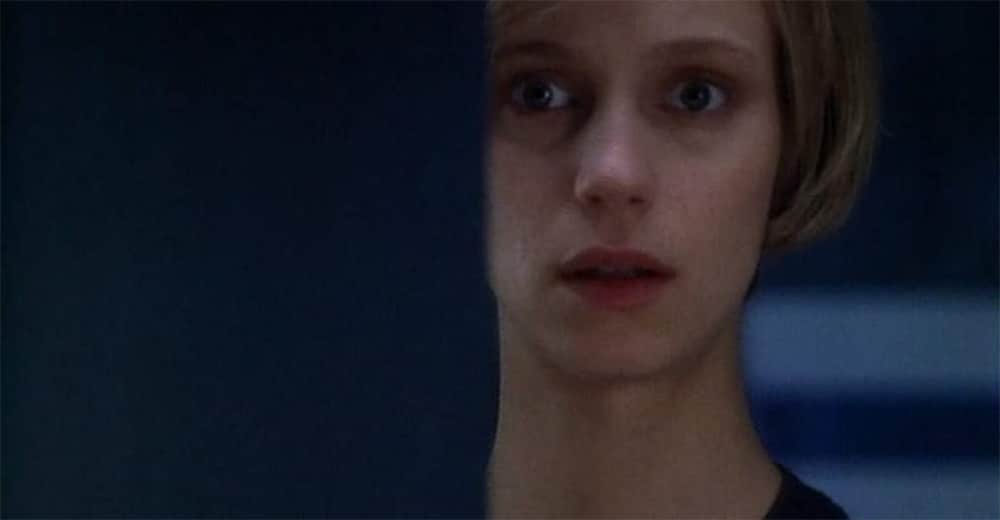 MB: Let’s talk about the wonderful cast you had to work with. There was Julia’s boyfriend, played by Marc Blucas (whom most of us recognize as Riley Finn from Buffy the Vampire Slayer), Julia’s fellow victims, played by the incomparable Dagmara Dominczyk and ‘90s icon Ethan Embry, and of course, Julia’s childhood psychologist and functional mentor in the film, fellow Canadian actor Jay Brazeau.

LR: All amazing actors, and they were all very generous with me. I idolized Dagmara — still do! Some of the young actors in the film have gone on to become stars, too.

MB: As much as I love this movie, sadly, I could not retrieve any behind-the-scenes footage before this interview. Can you describe what it was like to have to react to being chased and abducted by creatures that literally weren’t there? Were there stuntmen wearing motion capture suits coming after you?

LR: There was one creature who was a physical puppet; it appears in the subway tracks sequence. It was horrible to touch but constantly needed to be touched up with slime. When I learned how much it cost to make it — more than my whole salary — I hated it even more! 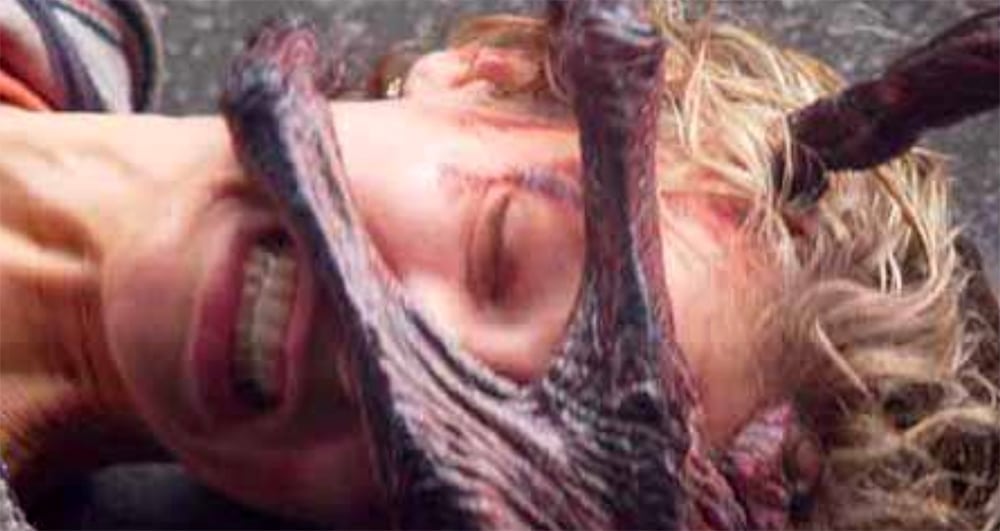 MB: Julia and her acquaintances in the film go through a lot in They. It’s a terrifying, dark, grueling experiment in hopelessness and despair. In fact, that’s probably why I love it so much. Although most people prefer their movies with happy endings, I much prefer my horror flicks to have downbeat endings where the good guys lose.

Julia, unfortunately, comes to a grim fate in both endings that were filmed for They. The creatures (whether or not they are real or a figment of her imagination) get her in both. But in the alternate ending, it turns out that Julia has been in an insane asylum this whole time and that her mentor is just her doctor, and her boyfriend is just a kind orderly.

Which ending do you prefer?

LR: I was definitely for the “Jacob’s Ladder” ending. It’s so creepy to see all the characters suddenly as completely different people in her world. 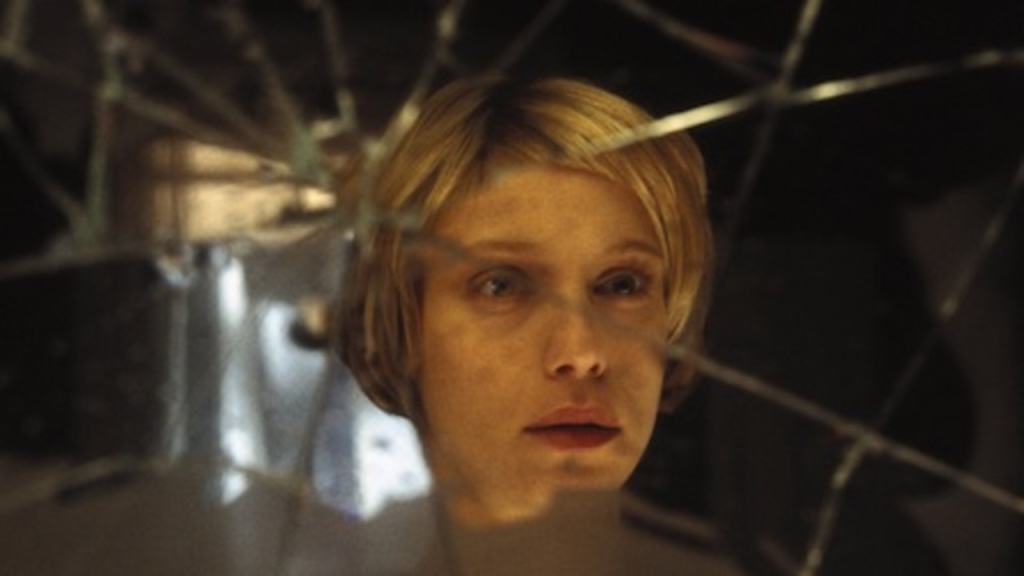 MB: Although your performance received significant praise at the time, the film did not perform well at the box office and received mostly mixed reviews. I believe the reason is that it was (and still is) unfairly compared to other horror films around that time, which featured a group of friends in their early 20s facing a common threat. However, the plot is unique, and the style in which the terror is conveyed is almost solely through the eyes of your character.

I believe the film will eventually achieve cult status and that all it needs is for people to view it with a fresh set of unbiased eyes in order for it to get a second life.