Five Garden State Gems: A few of my favorite New Jersey themed horror films that make natives of the state, like myself, scream proudly 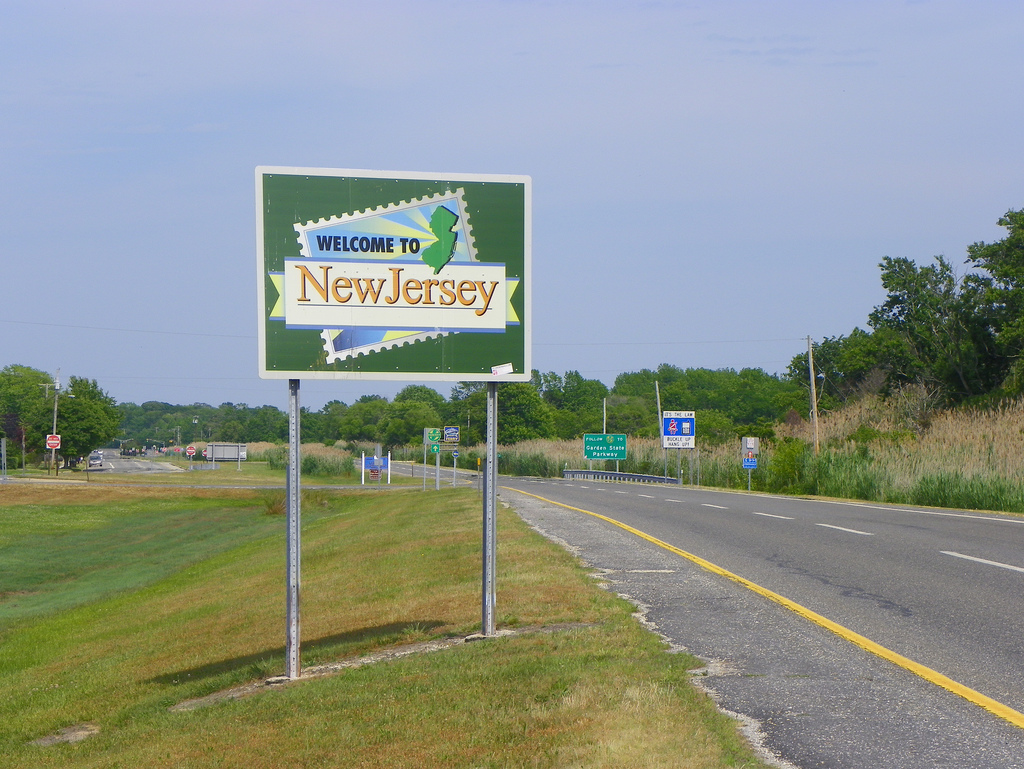 In speaking from the perspective of a Jersey born and bred gore fiend: I compiled a list of five unknown and/or underrated horror gems garnering much appreciated recognition for the Garden State.  Each production used NJ for its setting and/or filming location.

So, based on popularity status, both Friday the 13th and The Amityville Horror, which were filmed in said state, have been omitted from the list.  The anti-wholesome films from Troma Entertainment, Inc., that introduced us to the fictional Jersey town of Tromaville, have also been left out in the cold.  I remember watching Tromaville’s beloved mutant hero, Citizen Toxie, fighting against scum, in the Toxic Avenger film series and Toxic Crusader cartoons.

Okay – enough reminiscing.  I’ll move on to the list now.

(Note: This list will not contain spoilers; however, the trailers may reveal minor plot spoilers.) 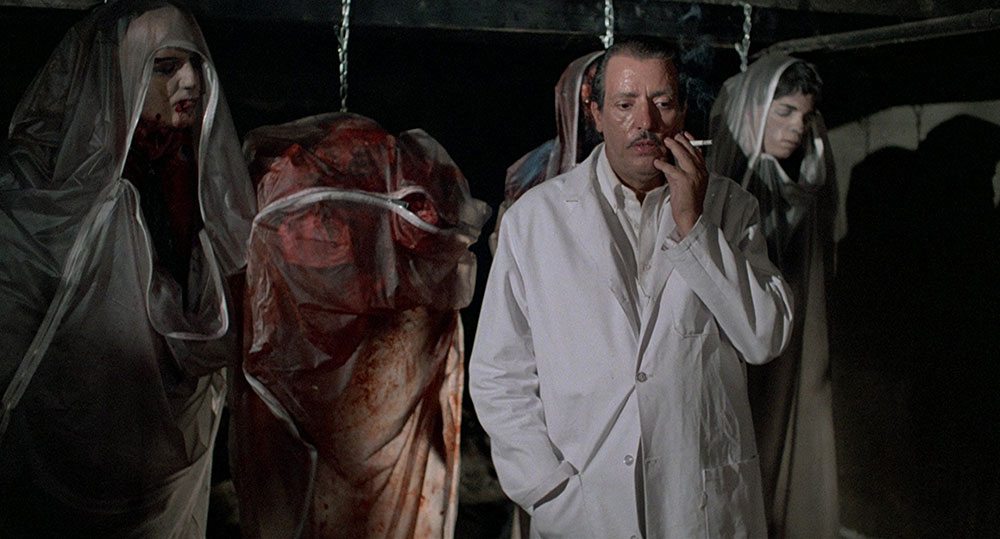 Don’t let the sluggish plot and poor quality production, with its rough/choppy scene transitions, steer you away from William James Kennedy’s underrated character study, The Undertaker.  The late and great Joe Spinell portrays Roscoe, a soft-spoken, aloof undertaker, residing in a quiet Jersey town, who explores his killer instinct.  Spinell steals the show – well, actually, I mean, steals the film.  His expressive face tells a story in itself.

I couldn’t turn away from the screen, for fear of missing Roscoe’s every move, every gaze.  I witnessed an incredible intensity stirring in his devious eyes, especially when he lovingly prepared his victims’ corpses.

Unfortunately, I watched the re-edited version of The Undertaker, so the element of gore was in lack thereof.  The truth is, not seeing any Grindhouse style special effects made for a kind of disappointing viewing experience.  Finding the original cut, stewing in its sickening glory, is definitely on my to-do list. 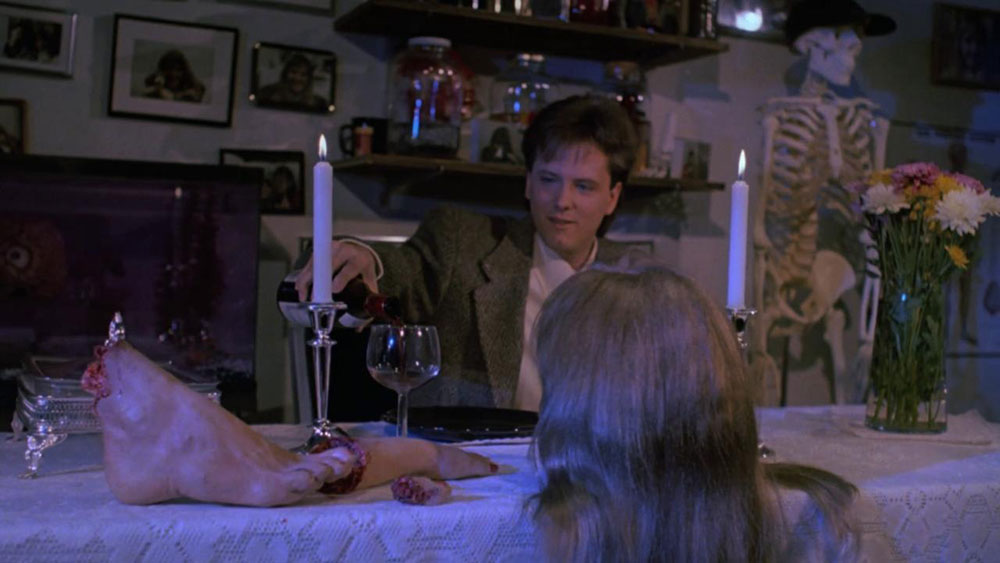 Frank Henenlotter explores all that is trashy and unsettling in his campy concoction, Frakenhooker – in the name of twisted science.  An amateur scientist, “Jersey boy” Jeffrey Franken (James Lorinz), revives his deceased fiancée, Elizabeth (Patty Mullen), by using the corpses of prostitutes.  She has not been the same since.  More hilarity ensues when she appears confused, walking and speaking similarly to an android, while seeking clients around the seedy New York City streets.

Unrealistic, tacky special effects make this cheeze-tastic spin on Mary Shelley’s immortal classic, ‘Frankenstein,’ a bizarre, enthralling schlockfest, that is ‘so bad, it’s good.’  So, if you’re looking for wonderfully tasteless horror, with a  serving of laughter on the side, then ‘Frankenhooker’ will not disappoint.

I recall staring in awe of the VHS cover, featuring Elizabeth, with clenched teeth, bolts and all, located on the “New Releases” shelf, inside the video rental store.  I rented it repeatedly, so I can still recite some scenes. 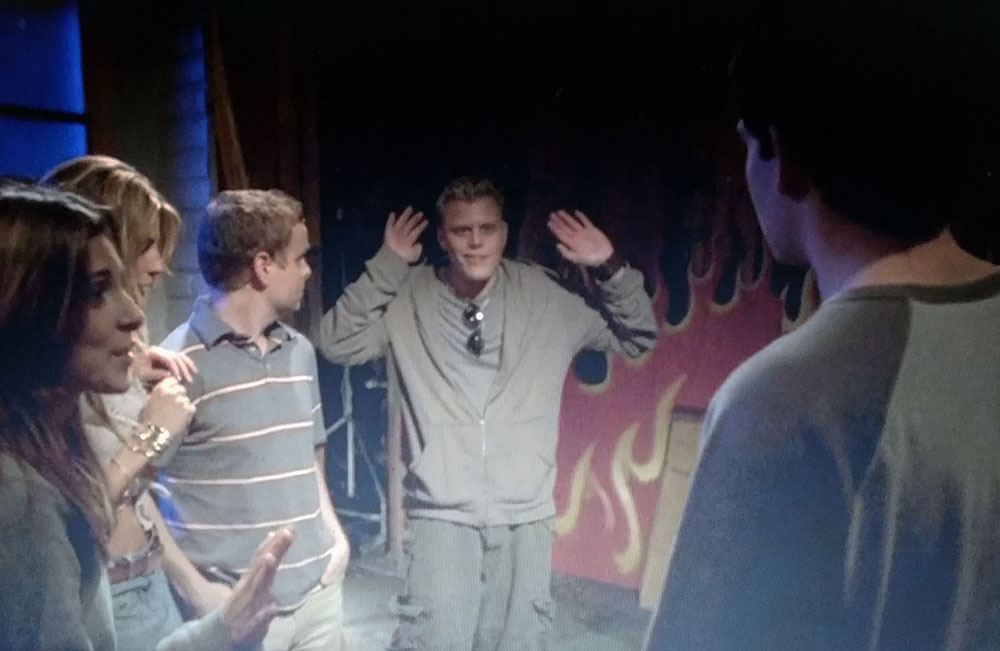 Six college students visit Asbury Park’s notorious attraction during a spring break road trip, in Craig Singer’s slasher romp, Dark Ride.  This vehicle is part of the 8 Films to Die For series, presented by After Dark Horrorfest.  Macabre, eerie cinematography, littered with life-sized homicidal mannequins, sets the table for a truly terrifying experience.  I kept trying to figure out where the psycho was hiding amongst the creepy papier-mache props.

*The dark ride was intended to resemble or reference the actual ride, which was situated inside New Jersey’s Asbury Park’s Palace Amusements (closed: 1988; demolished:  2004).  However, Dark Ride was shot in California, in both Santa Monica and Los Angeles, respectively. 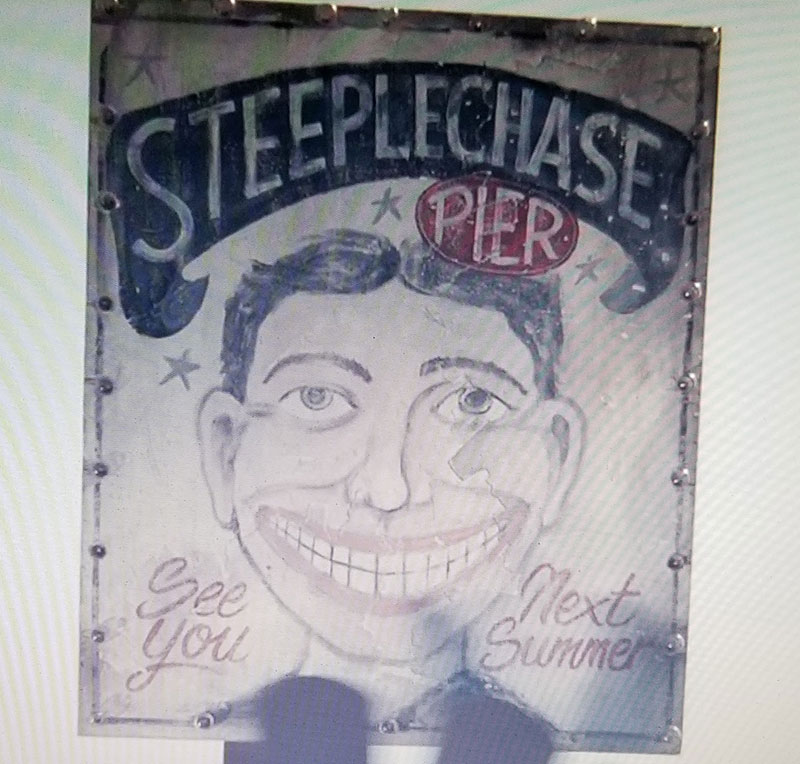