Award-winning graphic novel, Paper Girls, is a neon-hued, fast-paced sci-fi adventure that will please fans of ‘Stranger Things’ and the 80s. 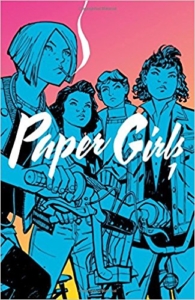 I came across Paper Girls as I was working the register at my job (which is a bookstore). A mom was buying it for her daughter. When I asked her about the graphic novel, she described it as Stranger Things, but the main characters are girls. And that was all it took to get me to buy Paper Girls right after my shift was over.

Written by Brian K. Vaughn and lettered by Jared K. Fletcher, Paper Girls follows four 12-year-old newspaper delivery girls who get caught in the middle of an invasion by a mysterious and futuristic force. One of the paper girls, Erin, meets her fellow delivery girls MacKenzie, KJ, and Tiffany while doing her route in the early hours of the morning the day after Halloween. 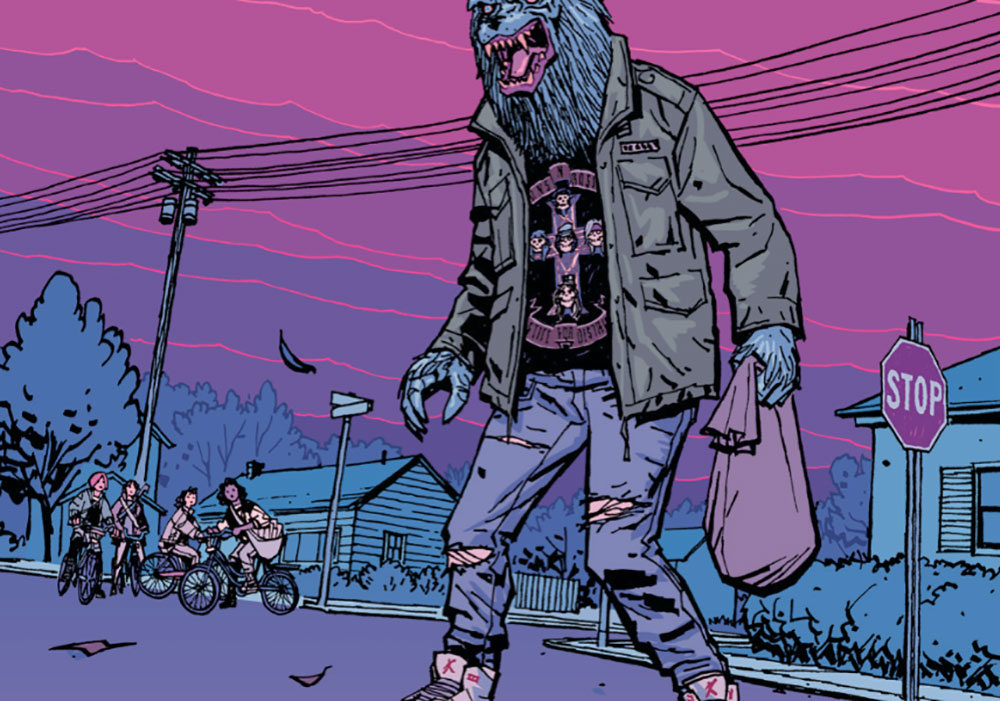 The story moves lightning fast and as the reader, you are whisked along for the ride with the main characters.

The story opens in the early hours of the morning after Halloween, the girls meet, and the action begins. The downside to this is you must get to know the characters as you try and keep up with the action, which isn’t always fun. The plus side is you know just as much about what is going on as the characters, so you can take the journey with them.

I prefer the latter as the whole future people invading thing and the time-travel thing can get a bit confusing. I like that you learn about these aliens – for lack of a better term – with the girls and this makes the story richer as you are picking up pieces as you read further. 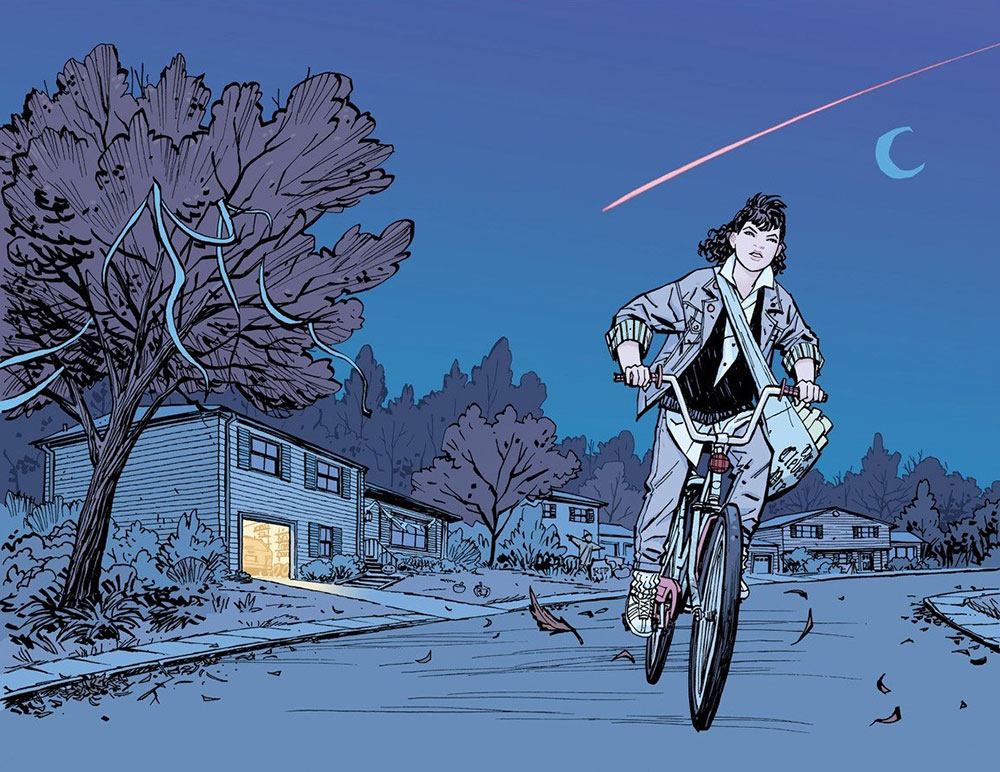 I have only read the Deluxe Edition Volume 1 so far (which includes the first ten issues), and I already can’t wait for the rest! I will say that I think I’ll end up wishing that I had started the series after it was completed. The Deluxe Edition was a breeze to get through but was so information-heavy, I think this might be a good story to binge all at one time.

I’m a huge fan of the artwork! Illustrated by Cliff Chiang and colored by Matt Wilson, the pages are filled with vivid colors, pink, blues, and purples seem to be the dominate colors. Looking at the pages you almost feel like the novel should have a neon glow, which, coincidently fits with the story’s 1988 setting. 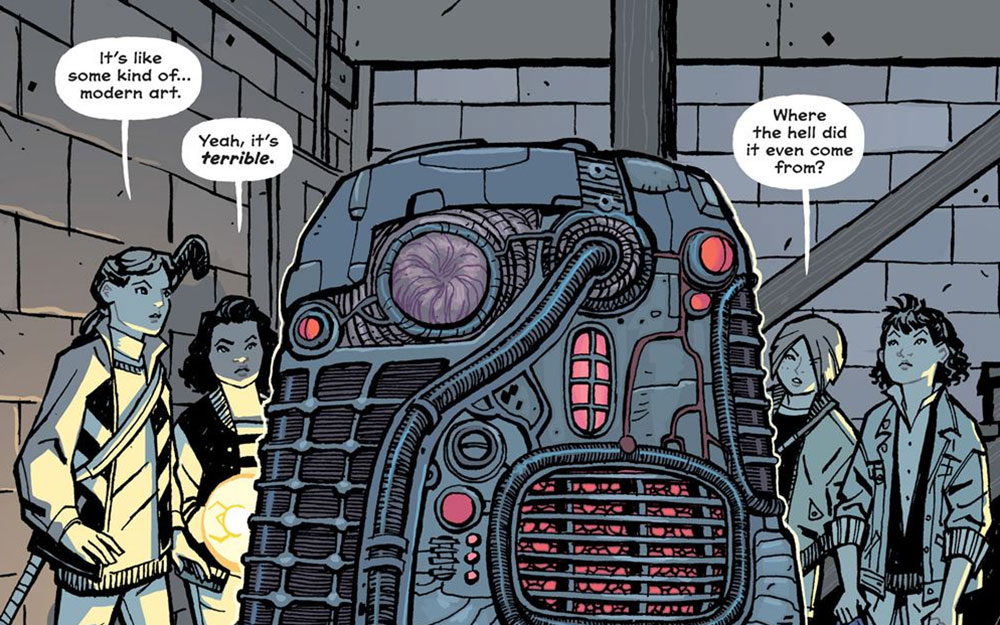 Overall, I’m pretty much hooked on Paper Girls. If you like Stranger Things, alien invasions, futuristic themes, sci-fi, or the 1980s, you’re going to be hooked, too.

Volumes 1 through 3 are available now, with Volumes 4 and 5 set to release on April 10th and December 11th, respectively.