Posted by:
Tags:  comic books DC superhero the batman The Riddler Year One

Whether or not it’s the best version of the beloved Dark Knight is up for debate, but is “The Batman” worth a trip to the theater? Hell yes. 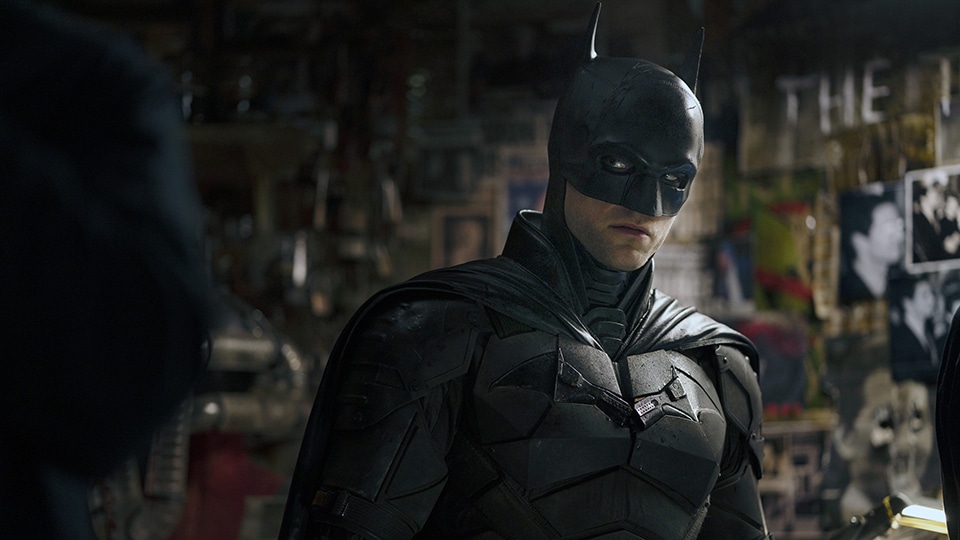 Did everyone enjoy their Little Caesar’s Batman Calzones?  Mine was deee-lish, but it didn’t look much like a bat symbol.  That stuff never looks as good as it does on television.

I have to admit, my child’s brain looks upon the old days of movie merchandising quite fondly. I remember when Star Wars Episode 1: The Phantom Menace came out, there was a deafening blitz of products. Items of every kind, even including premium, high-quality cufflinks, ties, glassware, and Zippo lighters. I bought the Diet Pepsi can variants. There must have been twenty of them, at least. I even had the Watto can.

As a recently rehabilitated action figure junkie, I can remember how addictive the smell of the plastic used to be. Ripping open that clear bubble and letting the smell of fresh plastic invade my nose and brain. Trust me, kids, just say no to action figures. Just the thought of action figures takes me back to middle school. The Kenner Super Powers figures were my favorites at that time. People from literature, you know. I was too mature and sophisticated for Gi-Joe and He-Man.

The Super Powers Batman figure was and still is, my most treasured Batman figure. It was absolutely perfect in every childlike way possible. I wouldn’t admit it to myself at the time, but the figures from the Tim Burton movie were dreadful. The Batman figure looked like it was cast from the Super Powers Batman, but it looked “off” somehow. Maybe it was the expressionless face and those two little dots for eyes. Thank ye Gods and Goddesses for modern, accurate face sculpting.

Although there will most certainly be future comic book movies with gargantuan tie-ins (settle down, Marvel), The Batman 2022 will not be much of one.

The Batman feels like it rides on the wave of a different kind of comic book fanatic. 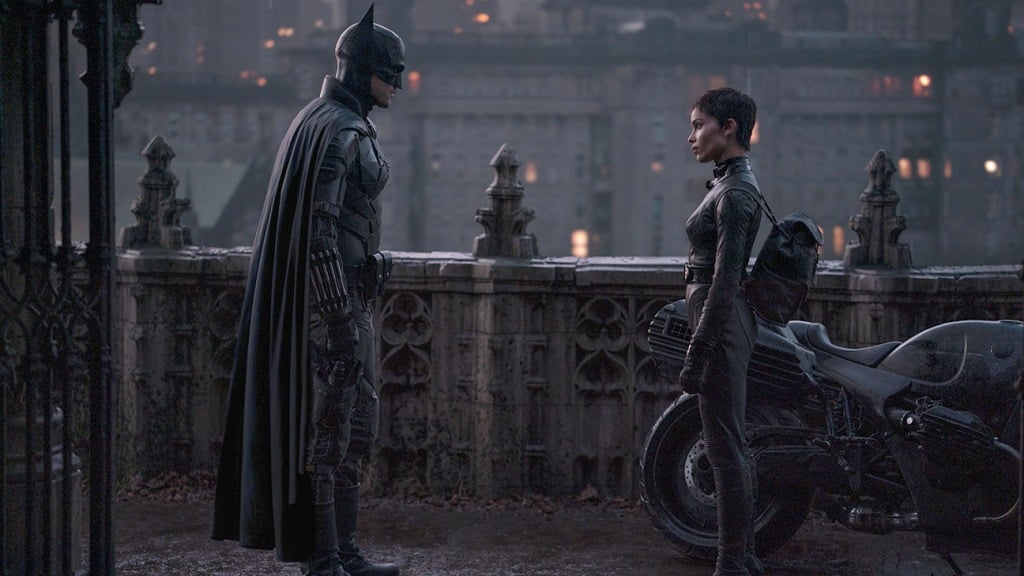 It’s for the people who want a Hot Toys Robert Pattinson Batman, or a McFarlane Batman. Did you rush to the comic store as soon as it opened the day “The Killing Joke” came out?  Could you write and draw “Year One” blindfolded? Did you kill Jason Todd?! I sure did. What a glorious time it was.

These are the types of people who will appreciate The Batman the most.

I can make an educated guess and say this is going to both bore your children and scare the shit out of them. I don’t recommend bringing them.

Am I going to call it the best one ever? Honestly no, because words like “best” shouldn’t be in movie reviews.

Some would still argue that the Adam West Batman was the best. And anyway, who says it has to be the best?

What I can declare with a good amount of confidence is The Batman is the best-looking and most stylish one. 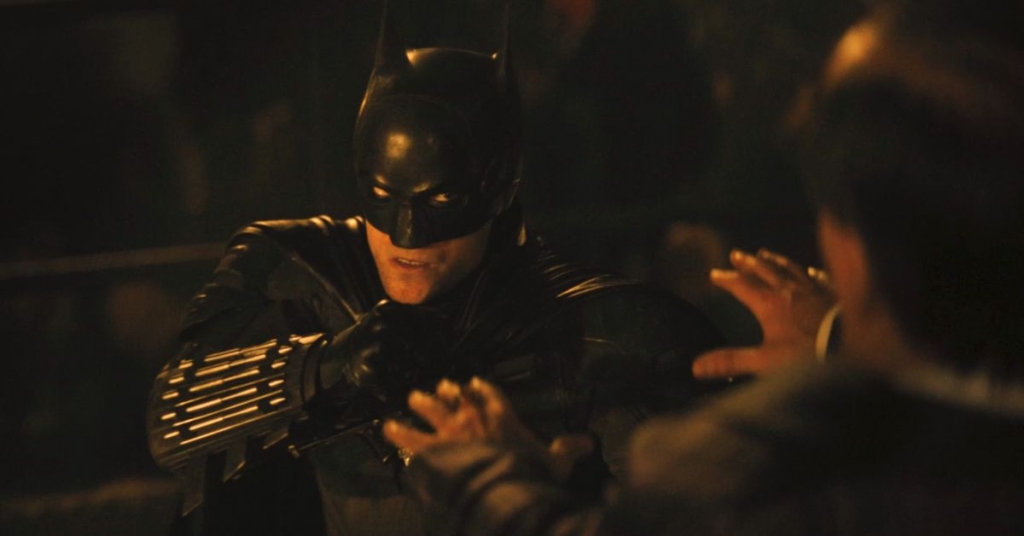 Indeed, Batman Returns is still my favorite one overall, but the original 1989 Batman has not aged well. I cringe when I think about how much I loved it as a child.

Logan and Deadpool were masterpieces, but I’m not afraid to say The Batman proves you can be burning red in heart and onyx-black in the soul without any gore or “fuck”s.

The fight sequences are tight and, yes, my favorite word, brutal. Batman hits fast and hard, and he doesn’t stop. In the shadows, he is motionless and calm, but once he jumps into action he’s a shiny, black blur. The car chase, while not as nail-biting as the one in The Dark Knight, is a spectacle of fire. The new Batmobile is grounded solidly in reality, as it is basically a super-souped-up muscle car.

It can’t be insisted upon enough how fast-paced and exciting the film’s hand-to-hand combat is.

You get not one, but two Oldboy hallway scenes, and I had to pry my dropped jaw up off of the sticky theater floor. The one seen briefly in the trailer has become one of my favorite action sequences ever. Batman is in a pitch-black hallway and surrounded by armed-to-the-teeth bad guys, and he viciously takes them out one by one, the only light coming from blind machine gunfire.  It has a cadence to it.

The scene is taken directly from an action sequence in “Year One”, though under different plot circumstances.

I talked with some Facebook friends about what Batman literature they think was mined for the movie, and they were right on.

The Batman, while being its own work, borrows heavily from “Year One” and the Arkham Asylum games. 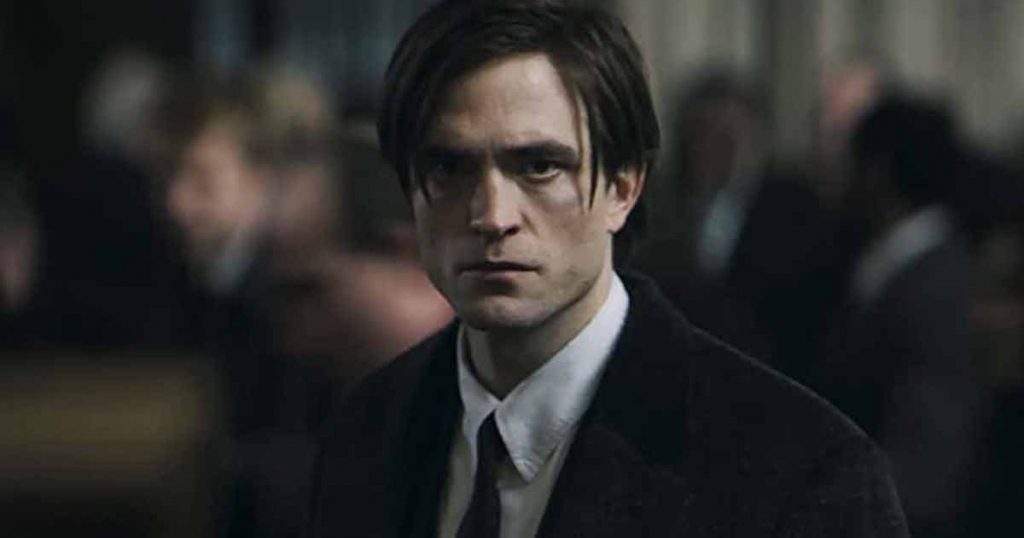 Something I immediately took notice of once the posters and trailers came out was the change of color palette.

It’s black and red, and the logo is jagged. Even in the movie, the Bat-signal is rough-edged and sharp. There’s no mistaking the fact that this ties directly to Batman’s rage and frame of mind. There’s some voice-over narration, but there was also narration in “The Dark Knight Returns” and “Year One”. It didn’t stick out like a sore thumb (Blade Runner), and it benefitted from being beautifully written.

Yes, you read that right, there isn’t much blood or gore at all.

Some of The Riddler’s murders are quite disturbing, and then there’s that short scene where rats chew on somebody’s face. Lots of chatter has been on my computer screen about how great the detective scenes with James Gordon were, and I agree. Get your snacking and peeing done early, folks, because the mystery surrounding The Riddler (now a Zodiac-esque serial killer) is a long and intricate one.

Paul Dano has been getting some heat for allegedly just copying Heath Ledger’s Joker, but that’s nonsense.

All of Batman’s Big Bads are insane. That’s what makes them Big Bads. Because they’re more than just junkies grabbing purses for their next hit.

The Riddler is supremely intimidating and scary on a Seven John Doe level. 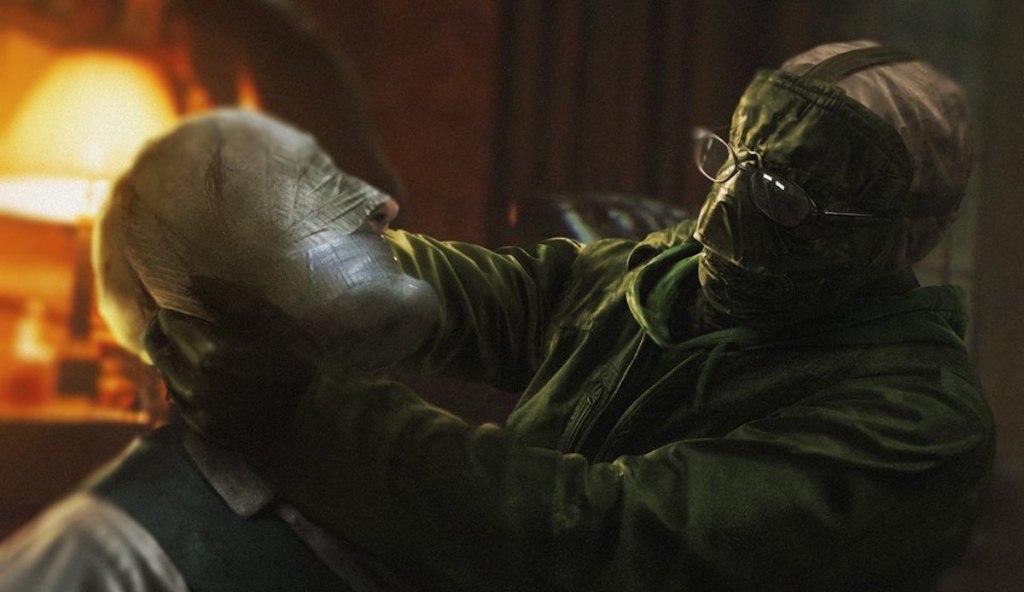 And worst of all, he’s a video blogger. That’s how he gathers his army at the end. Hmm . . . art imitating life.

One last thing I need to cover.

The music, by Michael Giacchino (Rogue One, the Tom Holland Spider-Man movies), is ominous and almost avant-garde in places. And so many things can be heard within it. But I don’t know if that’s good or not in this case. It pulled me out of the movie every time a familiar melody crept up. And I don’t mean previous Batman music.

First of all, judging by his outstanding score for Rogue One (especially his Imperial Suite), he worships John Williams, as a significant part of The Batman music consists of pieces of The Empire Strikes Back Imperial March. Also heard frequently is Chopin’s “Funeral March”, and in turn the entry music to a soon-to-be-inducted Hall of Fame WWE wrestler.

The score shouldn’t be judged too harshly, though, because it’s lush and modern and fits the movie perfectly, never overshadowing the action or dialogue. Yet it does seem to have an odd separation from the movie. Art is so thought-provoking.

In conclusion, I wouldn’t rush into saying this is the best of anything. The most stylish and cinematic Batman? That’s for sure.

Go see it. Relax, dig into that heavenly comfortable theater chair, and be rocked by yet another superhero movie. They aren’t going to stop, and haters are crabapples, so why not simplify your movie consumption and enjoy stuff?