While I can’t argue with anyone suggesting that Netflix’s hit-to-miss ratio on originals is less than favorable, they are killing it on the anime front.

If you’re an anime fan who hasn’t yet checked out what Netflix has to offer with regards to original programming, you may want to change that. There are surface delights galore — strong visual styles that elevate even the basest violence, human ugliness, and gore to the level of art. And even better is the powerful, epic storytelling that deals with truly BIG ideas about death, existential boredom, the morality of warfare, and (with apologies to Albert Camus) the universe’s benign indifference to humanity.

Here, in descending order from most to least horror, are my recommendations: 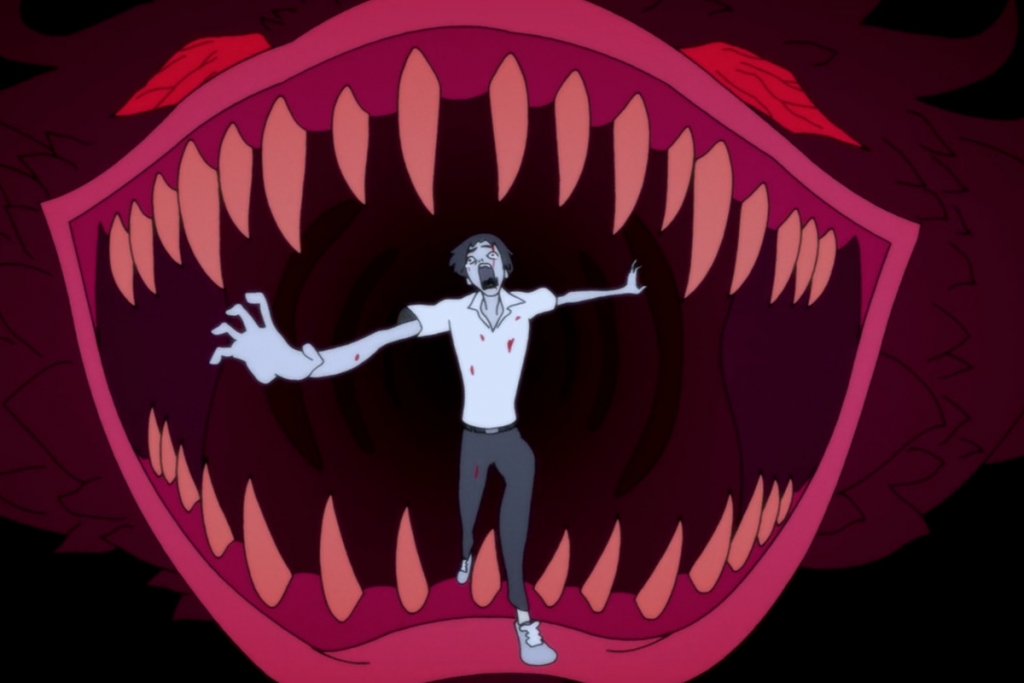 Visually, this one pops like crazy. For reasons I just can’t adequately explain in a capsule review, it concerns a community of teen track athletes. And when they run, the animators wonderfully exaggerate their movements and appearance in ways that recall the Aeon Flux animated series (a personal all-time animation fave).

One of those teens is Fudo Akira, the highly sensitive titular crybaby. Asuko Ryo is his long-absent childhood friend and dark opposite with decidedly violent tendencies. Nonetheless, Ryo is back in his friend’s life on a mission to expose an ongoing demon invasion of the Earth. To that end, he engineers his friend’s transformation into a devilman: a hybrid with the powers of a demon and a fully human heart.

The duo make a decent job of countering the threat in early episodes but that straightforward dynamic is eventually upset as the story progresses to a (seemingly final) conclusion that is both staggeringly sad and a celebration of the goodness that can come from the human race. Sometimes. It even makes an unexpectedly lovely metaphor out of relay racing.

That’s right: Devilman Crybaby is so good, it makes a sport metaphor cool. 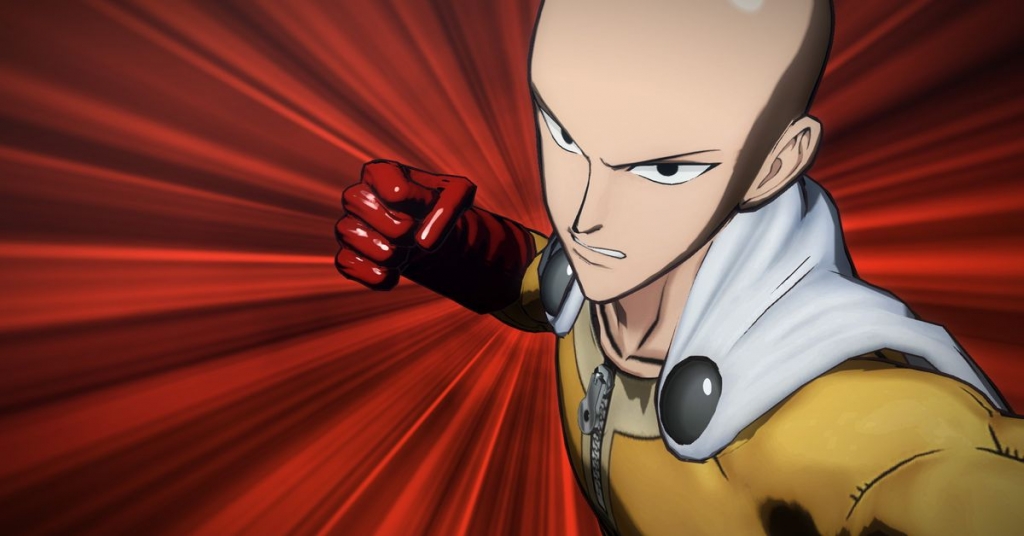 We’re already wandering away from pure horror here. But this very novel variation on the omnipotent super hero narrative takes a ‘monster of the week’ approach much of the time, so I’m allowing it. Saitama became the Earth’s most powerful being through sheer force of will, much to the chagrin of cyborg hero Genos, who becomes Saitama’s protege explicitly so he can learn how to become as powerful.

The episodic approach of matching Saitama against new opponents and having him overcome them (with, as the title suggests, single blows) every 30 minutes is more than adequate entertainment. Things gear down a bit too much at times as Saitama gets himself involved in the action-free machinations of The Hero Association, a formal, regulatory body for super-humans.

That is more than offset by the humour (Genos is PISSED to learn there’s no special formula for attaining something like Saitama’s power), and thoughtful digressions such as the creeping boredom that would surely come right along with god-like power. And again, the visuals are as gorgeous as they are kinetic as wildly varying comic book visuals are deployed, even within the same battle sequences.

One Punch Man is a knockout.

Gargantia on the Verdurous Planet 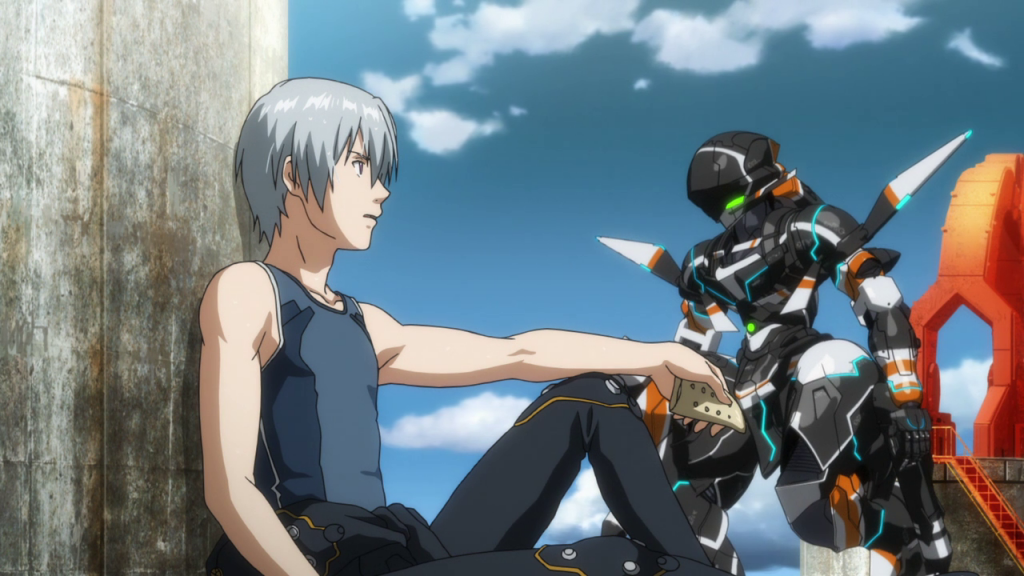 The sci-fi is strong with this one. But the horror that’s present has a distinctly Lovecraftian touch. An alliance of far future humans are at war with the Hideauze, a race of space-dwelling cephalopod that surely would’ve made ol’ Howard Phillips shudder. In the heat of battle, mech pilot Ledo gets wormhole-d back to Earth. There, the homo sapiens who opted not to take to the stars are making the best of life post-ice age by living together in massive, nautical convoys.

Full disclosure: I haven’t yet finished the first season. But I’ve seen enough to be an evangelist for it. There’s some strong, early drama as Ledo adjusts to life in (relative) peacetime. We learn his tribe is fully and solely focused on the war effort to the point that soldiers are mostly kept in cryogenic freeze until needed. Ledo’s society is also pure social Darwinist, culling the weak to ensure a robust fighting force. So he can’t grok why his new hosts would keep the sickly (and cute) Bebel around, even as they become friends.

There’s some sweet mech action as Ledo defends the fleet from pirates. But things settle into a more dramatic mode as he deals with this vastly different context. In a recent development, he’s begun a one-man war against the whalesquid, an oceanic species and genetic cousin to the Hideauze that the human fleets coexist with; albeit uneasily at times. Just when we think Ledo is becoming more humane, he reverts to his military indoctrination.

He’s been the good guy more than once, but the series is heading into appealingly gray moral waters. 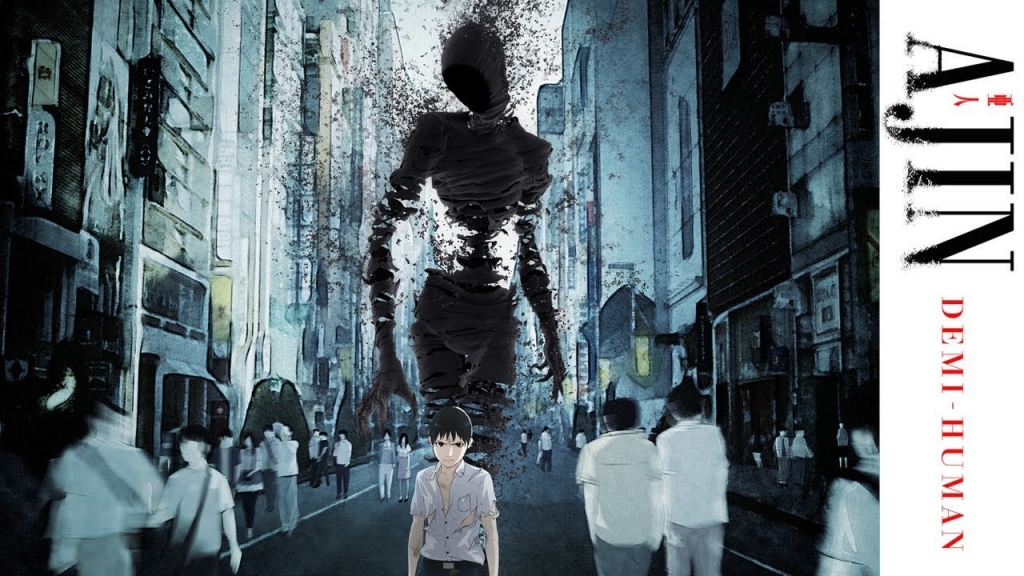 This one’s better filed under action. But there’s horror aplenty in its story of immortals among us; some with darker intentions toward their mortal cousins that others. The titular demi-humans do die, but can endlessly ‘reset’. They often do so by killing themselves in the midst of the genuinely tense gunfights that make up much of the action here. There’s a demi-human protagonist caught between worlds and a brilliant, demi-human villain whose motives come with a grain of righteousness given the cruelty that mortals inflict on his kind; not the least of which is gruesome experimentation that adds a layer of true horror.