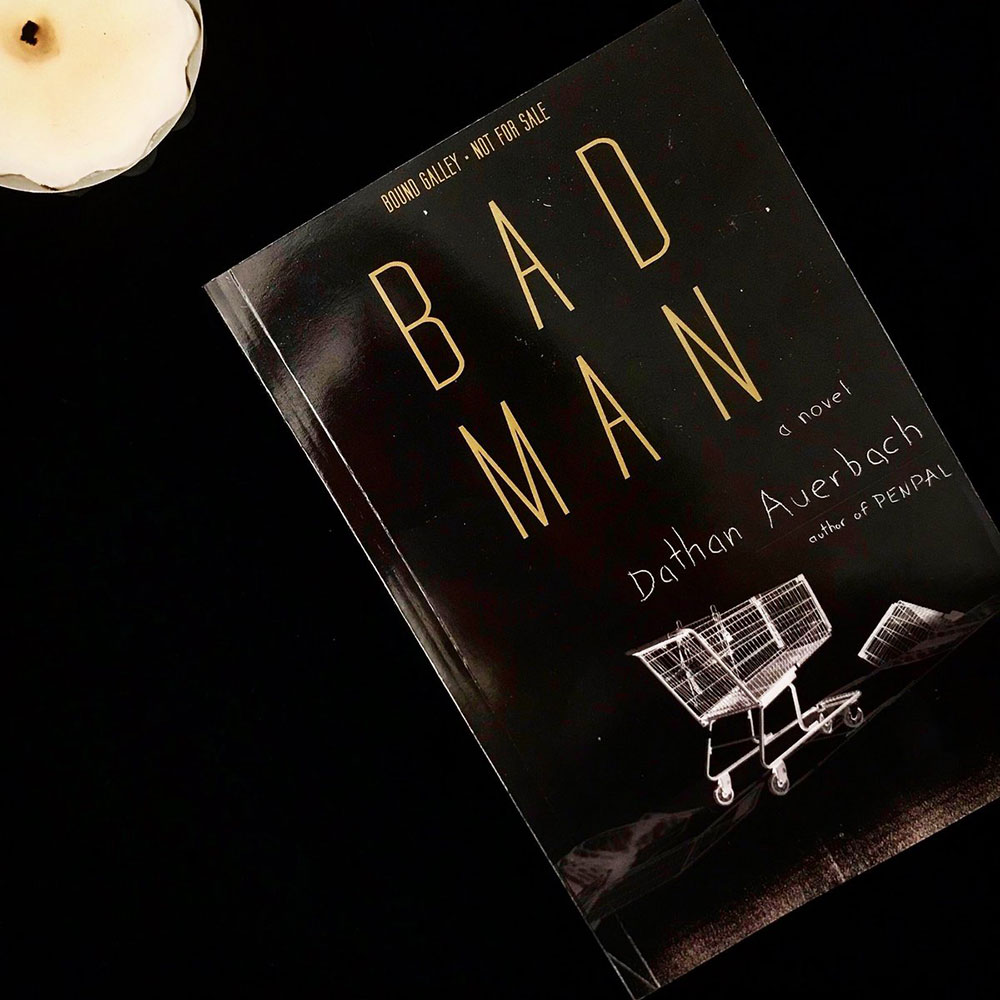 Not once does Dathan Auerbach’s Bad Man back down from what essentially is a bleak, somber, and terrifying story: the sudden disappearance of a child from a convenience store and the devastating toll that this tragic event has on his loved ones.

While the first several pages of the book feature the good-natured camaraderie and humor of two brothers who genuinely care for and love one another, the rest of the novel dives deeply into existential gloom and psychological terror once Eric vanishes. As his 15-year-old brother and caretaker Ben begins his panicked search, the narrator suggests the impending doom of the story: “This was a dream. This wasn’t happening. This couldn’t be happening.”

Only the disappearance and the devastating emotional impact do happen, sending Ben into a spiral of self-loathing and guilt as the narrative resumes five years after Eric goes missing. Ben is a loner and a misfit, never having freed himself from the dread and horror of that terrible day long ago. In a bizarre twist, he even takes a job at the same grocery store from which Eric vanished without a trace. 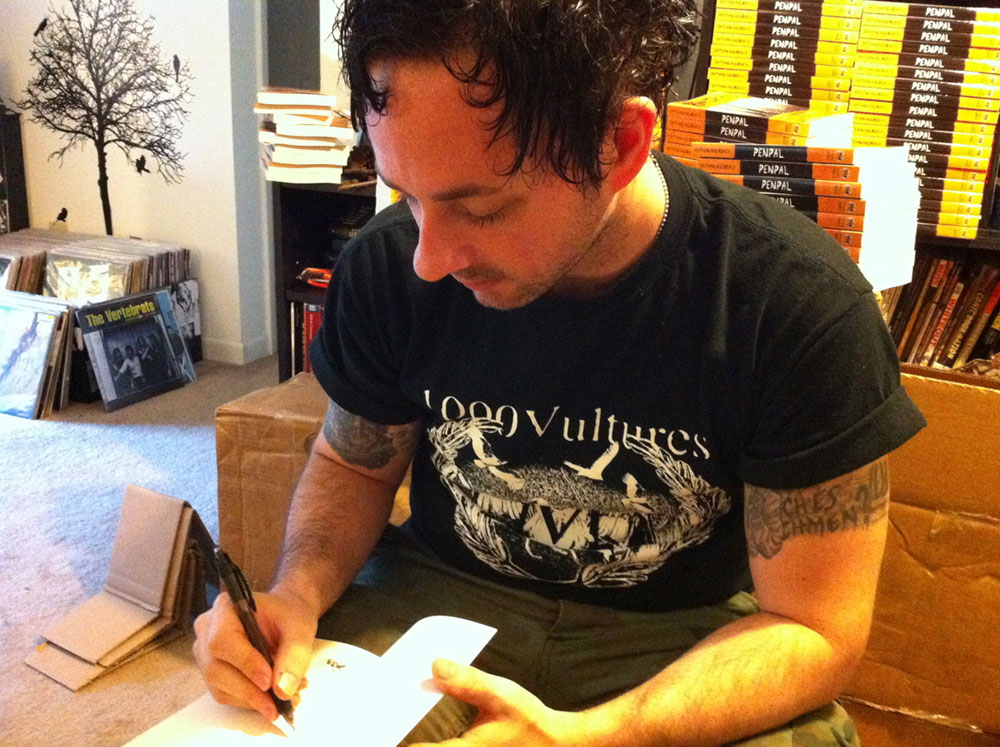 As the simple title itself implies, Bad Man is not a happy story by any stretch of the imagination.

Auerbach’s novel maintains an uncomfortable, ominous tone throughout the next several chapters as Ben begins his new job and reveals his unwavering obsession with his brother’s inexplicable disappearance. Ben is clearly troubled, manifested not only in his inner turmoil but also physically: he is overweight and awkward, and he has never seemed to fit in anywhere. Oddly, the grocery store seems to bring him some kind of strange solace, even when the store takes on a sinister life of its own.

Ben forges bonds with his co-workers, a facet of the plot that adds a little light in this otherwise grim and pessimistic world. But as Ben learns to start new relationships and seems to gain more secure footing with his place in society, the grocery store begins to strike back against the young man’s newfound confidence. Bizarre events start to occur, such as the sudden emergence of a stuffed animal that once belonged to Eric: “Stampie just smiled. And just like Ben’s first night, it felt almost as if the store were smiling back.”

From here the novel plunges into dark recesses in which Ben struggles with his own memories and even his sanity.

And no matter how bleak the story becomes, the author never loses sight of certain themes that make Bad Man a genuine tragedy.

Ben’s father struggles to understand and to forgive; Ben’s stepmother mourns for all she has lost and can never get back; Ben himself fails to accept that he no longer has to live in the shadow of that one horrible moment when he lost Eric amidst a sea of shoppers.

Although there are many creepy moments and the author has a knack for developing an overwhelming sense of dread, Bad Man is also about the deadly role that chance plays in our lives and the psychological ramifications of both loss and guilt. 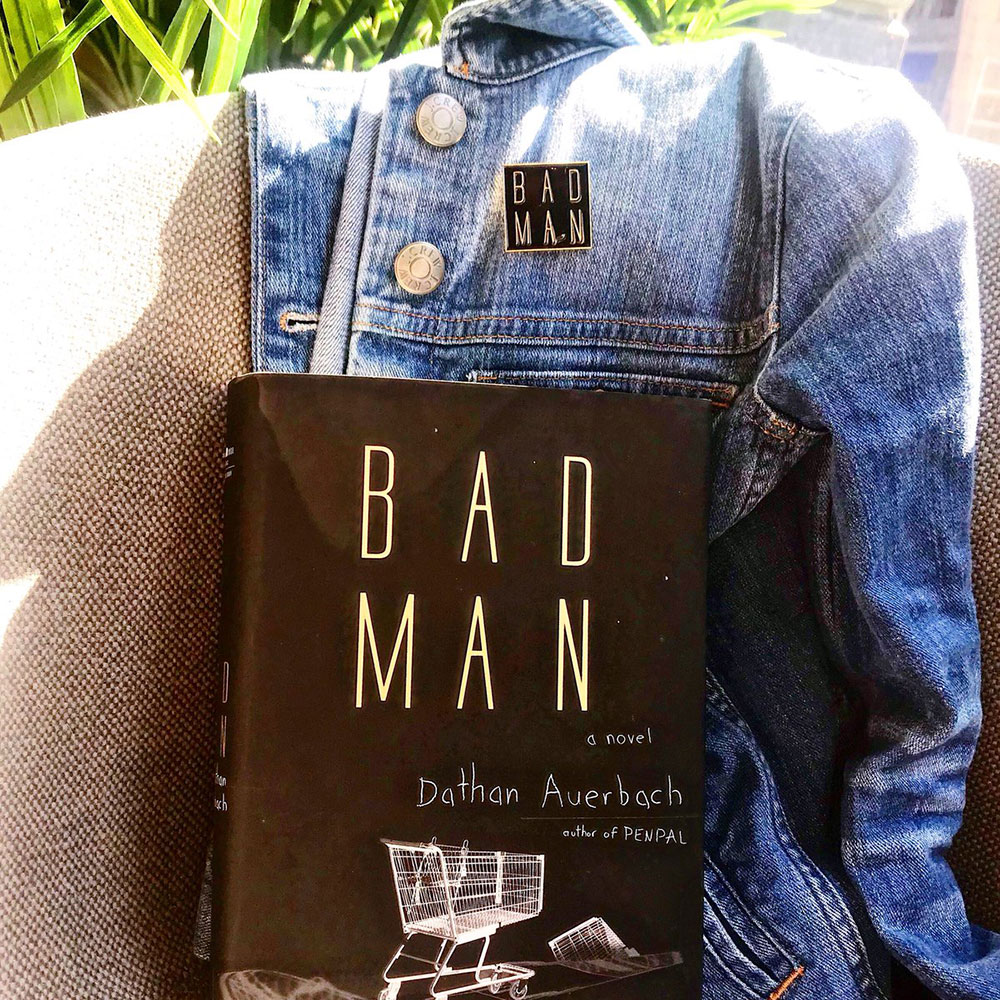 As the novel nears its bizarre end, certain supernatural elements come into play, which may put some readers off as the story veers away from stark realism to mind-bending, almost fantasy-like terror. Grief and sorrow give way to nightmarish visions and demonic entities, which for this novel could serve as the definition of horror itself.

Dathan Auerbach’s Bad Man is available now as a paperback from Anchor books.