Elissa Dowling shines in “Automation”, a highly entertaining and fun flick that offers just as much of a human touch as it does a (killer) robot one. 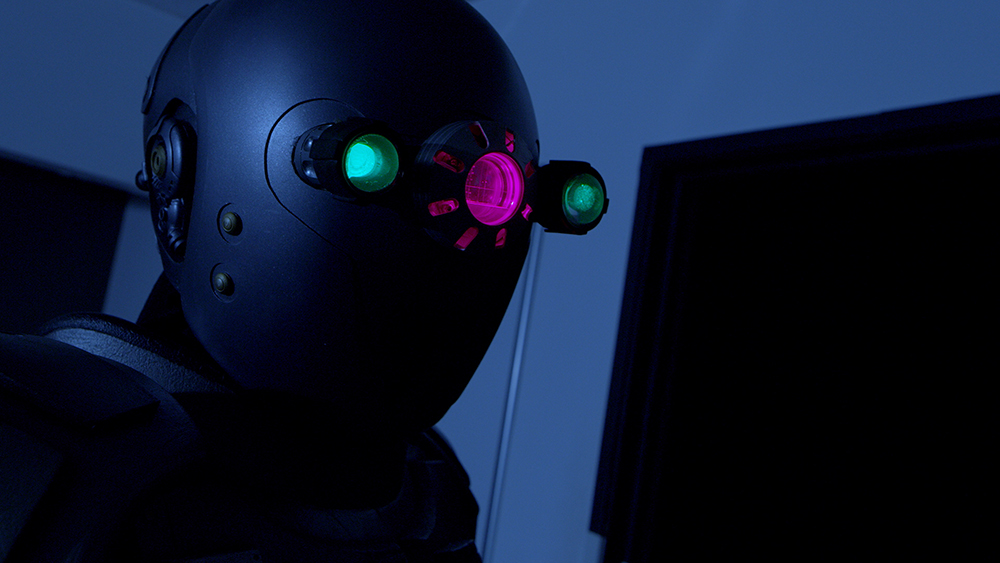 Like the functioning of a robot, it’s the numerous little things that click and make Automation work as well as it does. Attention to detail like a self-driving lawnmower or flying drones buzzing around a fast food restaurant help create a believable, slightly futuristic world where robots are playing a larger role in the day to day workings of society.

As for Auto, our main character robot who walks around looking like a mix of RoboCop, a Teenage Mutant Ninja Turtle, and the animated robot from 9 (remember that movie? With Elijah Wood?), the film takes the time to show how he learns about people, especially what hurts them.

There’s one funny scene with a hilariously dickish Graham Skipper that teaches Auto what choking is as his character is attempting to belittle and mock the workplace bot. Sarah French is also great in this scene, getting a little too turned on when Auto says he can lift 800 pounds and has the ability to vibrate. Interactions and moments like this help complete this world, and shows how humans are getting used to coexisting with robots in the workplace. But these scenes also work to show how human beings humanize robots by inflicting human emotion upon them, as well as inviting them to see how we act in our personal lives.

The cast also adds to the success of the film, and as a whole are spot on in this story.

Parry Shen, Sadie Katz, and Graham Skipper all know how to walk the line between quirky comedy and horror. Katz and Dowling are fantastic opposites with Dowling as the employee chasing a dream as an artist, and Katz chasing the bottom line as a corporate figure head. Parry Shen shines as the creator of Auto, convincing as the nice guy who may be hiding a secret or two.

Much like the inner workings of a computer with flashing lights and multicolored wires attached to green circuit boards, Automation features a colorful and vibrant color scheme. But nothing in the film is more vibrant than Elissa Dowling as Jenny. 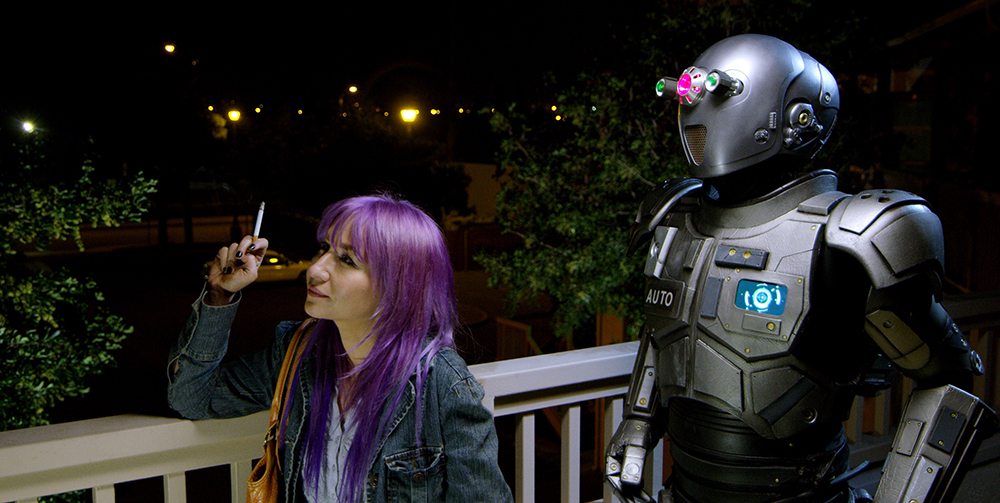 While her icy blue eyes and purple hair constantly draw the eye of the viewer, it’s Dowling’s charisma and charm that really steals the show here.

Her endearing performance adds a great deal of depth and heart that is needed in a film about a robot going on a killing spree. Dowling is terrific, and as much as the rest of the film worked for me, she really makes Automation feel special.

The problems arise when Auto starts to show symptoms of PTSD as hidden memories (or files, I should say) begin to surface in his mind (or computer, I should say) regarding his original purpose of being a robot of war. When Auto’s ability to learn human behavior crosses wires with his previous combat programming, the company is in for more than they bargained for. And Auto just won’t kill you, he’ll quite possibly destroy any way of identifying your corpse! 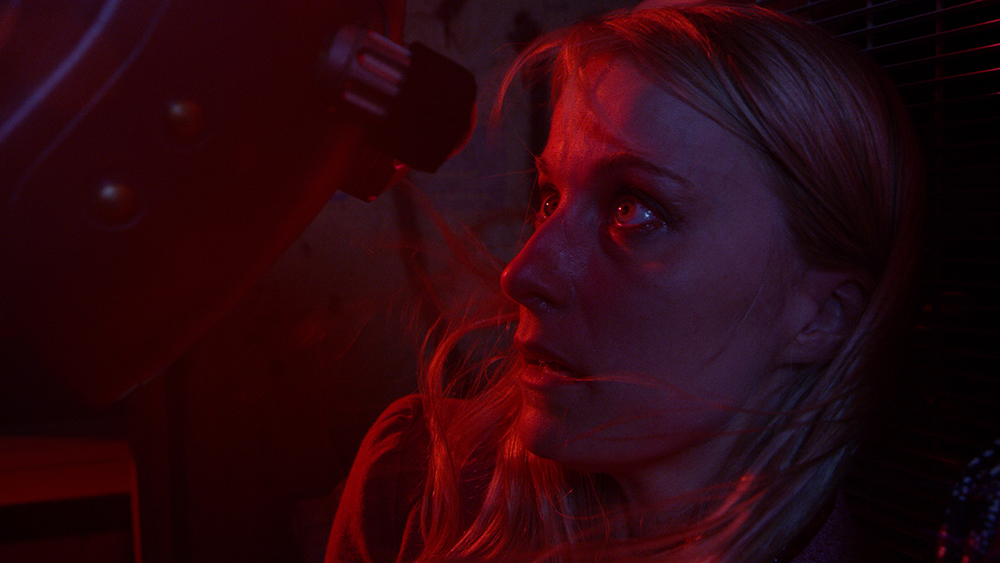 This is a fun movie that explores a timely theme, as AI becomes more and more prevalent and as we welcome it with open wallets into our lives.

There’s a lot of humor in the film, especially early on during scenes with the employees at work or when Auto takes an interest in getting to know Jenny. These scenes work extremely well and are often surprisingly touching. But the things get bloody as Auto’s programming gets more and more confused and the body count rises in the third act.

If there’s a lesson to be learned from Automation, it’s that you can never really trust a robot. But you can trust a movie about robots.