“Hellhound” is filled with enough unexpected twists to keep you engrossed and enough bloody violence to please even the hungriest of gore hounds. 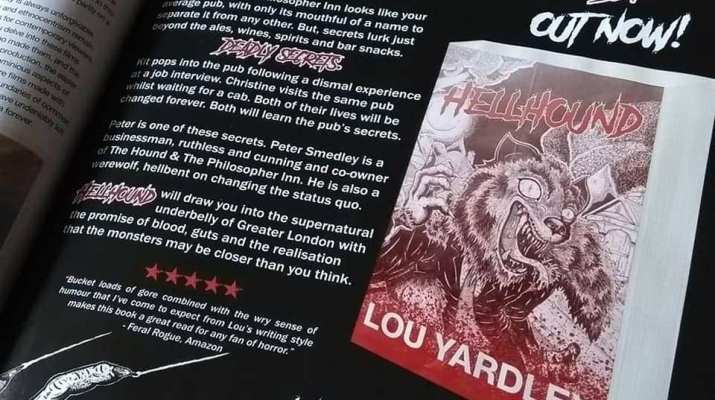 The Hound & The Philosopher Inn looks like your average pub, with only its mouthful of a name to separate it from any other. But secrets lurk just beyond the ales, wines, spirits and bar snacks. Deadly secrets.

Kit pops into the pub following a dismal experience at a job interview. Christine visits the same pub whilst waiting for a cab. Both of their lives will be changed forever. Both will learn the pub’s secrets. Peter is one of these secrets. Peter Smedley is a businessman, ruthless and cunning and co-owner of The Hound & The Philosopher Inn. He is also a werewolf, hellbent on changing the status quo.

HELLHOUND will draw you into the supernatural underbelly of Greater London with the promise of blood, guts and the realization that the monsters may be closer than you think. 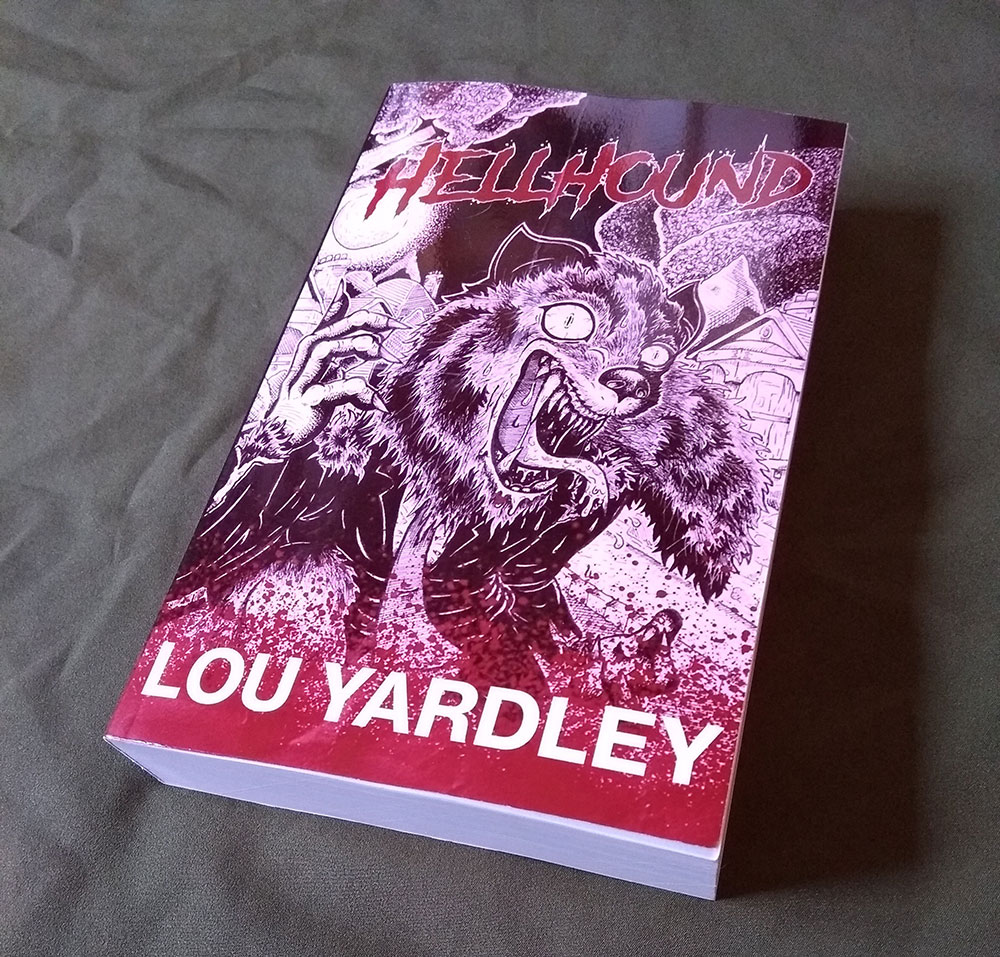 Following on from my interview with author Lou Yardley as part of Women in Horror Month, my latest review is for her werewolf-themed novel Hellhound — a brilliantly entertaining horror novel which delivers a unique take on the werewolf genre, with a mixture of comedy, violence and an original spin on the classic monster.

One of the influences for the book is the film An American Werewolf in London (1981), which in addition to the amazing effects is recognized for the film’s ability to move effectively between the horror and the comedy — a trait which Lou Yardley successfully manages to incorporate throughout Hellhound. Among the often-tense visual descriptions of the brutal bloody violence, she masterfully balances a clever injection of comedy, which had me constantly laughing. Yet, the story still manages to retain the tension by avoiding the option of taking a more tongue-and-cheek approach.

However, it would be unfair to compare the book as just another interpretation of the film. Apart from incorporating the werewolf theme into a horror-comedy, Hellhound is very much its own beast. 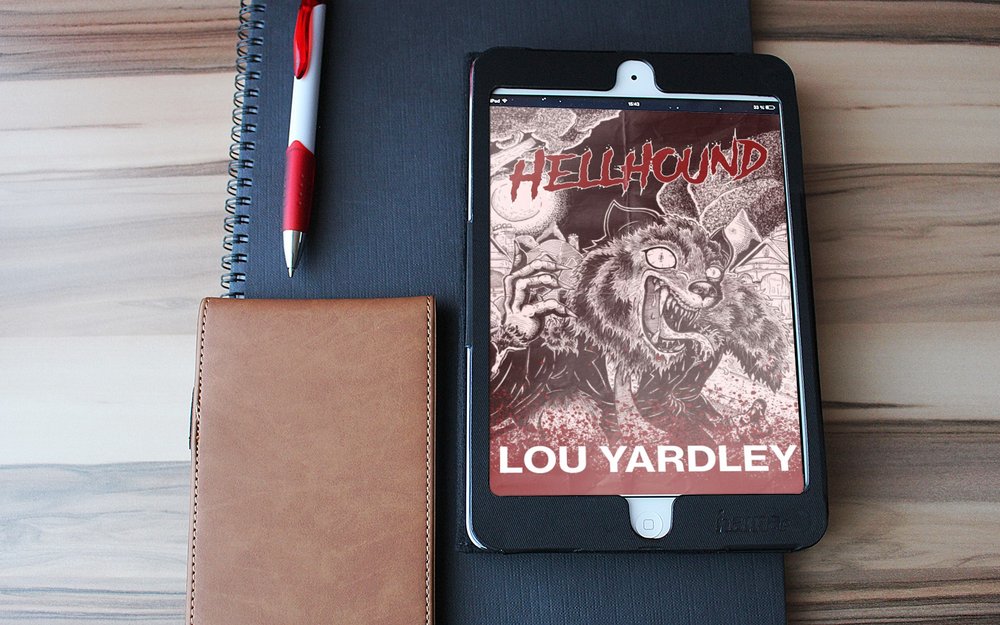 Delivering a multi-layered and original story, where the course of events unfolds differently to what you may expect, as you initially think you know how the events will develop. However, what starts off with the initial focus on the main introductory characters, gradually ripples out to unveil a much larger story. Incorporating various events which are occurring simultaneously in the present and connecting them back to the past, the story unfolds like a murder mystery as it slowly begins to strip back the layers.

The book leads us with the characters, where our opinions are often formed prematurely based on the current events as they unfold. Though our initial interpretation regarding the importance of characters, loyalties and hierarchy, constantly change as the book progresses. The fate for one of the characters reminded me of Janet Leigh in Psycho (1960), where their unexpected departure from the main story is a huge surprise. It leaves you constantly uncertain as to how much of a part the remaining characters will play, as it becomes clear no one is safe.

The main strength of the book for me, however, is the humor, which is derived from the excellent natural dialogue and the way in which it gives the reader an insight into the mind of the characters. It not only helps you to establish a sense of who they are, but the exceptional observational comedy also had me laughing out loud on several occasions. 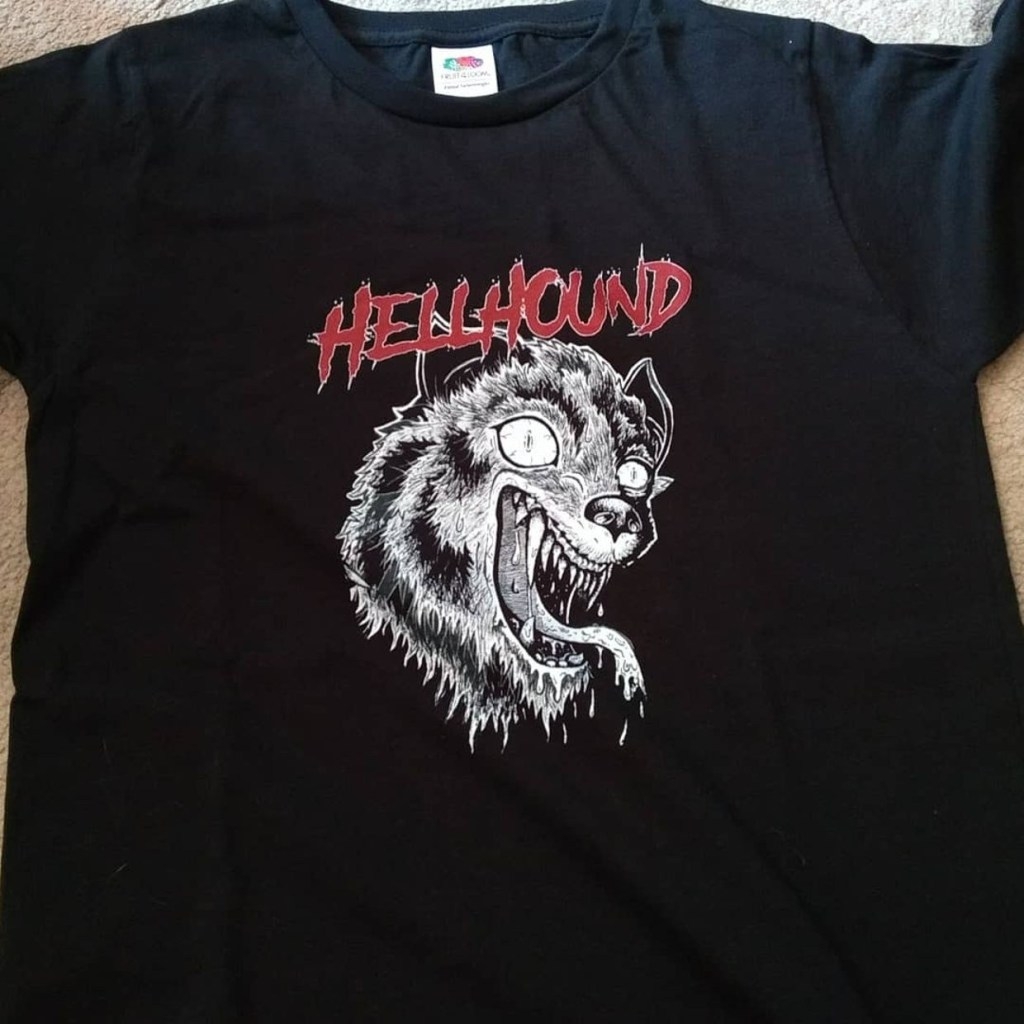 It is often this humor which makes some of the violent scenes have such an impact. The comedy, which we are introduced to from the start of the book, almost gives you a false sense of security — before changing to a much darker tone. As expected with the subject matter, the book delivers on the blood and violence, giving you a brilliantly detailed description of the scenes. Despite the fact it never really holds back, the gore increases throughout the book. The level of violence changes, and the intensity of the scenes continues to rise.

Hellhound is a brilliantly creative and intelligent piece of horror fiction, with a well-thought-out story that manages to breathe new life into the werewolf genre.

Lou Yeardley is a talented author, who having already created a catalogue of work since her debut book in 2016, has proven herself to be a name to watch out for in horror.