Superbly written and heavy on the horror, the Lovecraftian mystery novel “Reanimatrix” isn’t an easy read, but it’s a damn satisfying one. 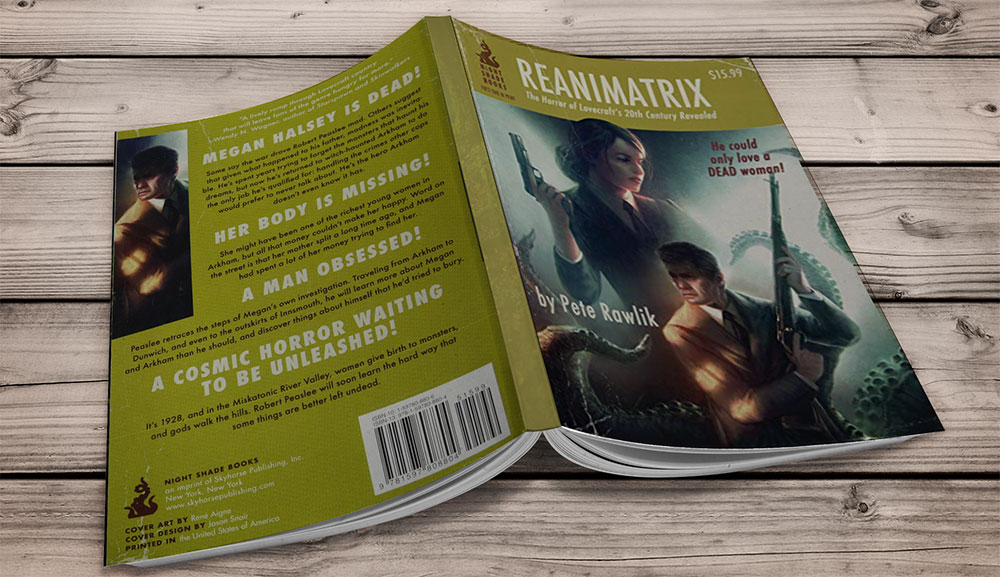 While writing my own detective series, I find myself occasionally taking a break in order to read another noir/mystery/detective story. It’s a sort of research, I suppose, though more in regard to tone and feel rather than content.

Outside of expected dialogue and tropes, noir has an atmosphere about it. It’s the atmosphere that elevates the narrative, generally making a noir story greater than the sum of its parts.

And while I would like to say that Reanimatrix falls squarely into that category, I am unable to do so. This is because, quite simply, there are so many parts. A ridiculous amount. And they are all so intricately woven together amidst existing happenings from connected tales that Reanimatrix would best be described as great BECAUSE of its parts.

This is the high-end Mongolian BBQ of books; a slew of options and selections that have been mixed and matched together, sautéed over ridiculously high heat, and then set before us to feast upon.

And now that I have finished the novel, I find myself contentedly full.

For yes, this is ostensibly a noir detective story. There are conspiracies, a femme fatale (of a sort), violence, and a few other trademarks of the genre.

But at its very core, Reanimatrix is a loving homage to many of H.P. Lovecraft’s most recognizable works. 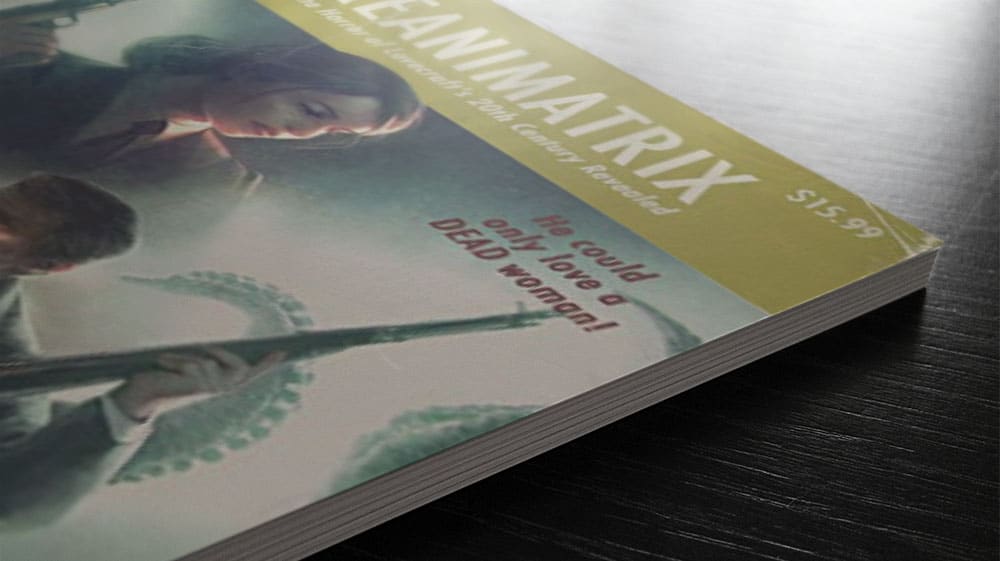 And if it had just been those two things, I would have been perfectly content. But wait, there’s more!

Aside from the NUMEROUS Lovecraft references, many other notable fictitious events, locations, and characters have found their way into these pages. Not in large doses, mind you, but sprinkled throughout to add flavor to the text. Dr. Moreau and Henry Jekyll, anyone? Check. The Dukes of Hazzard? Yup. Coming to America? Sho Nuff. The Phantom of the Opera? You betcha. The briefest hint of Tomb Raider? You know…kinda, yeah.

All of these, and more that I either didn’t catch or have forgotten about, crop up at various intervals within the narrative.

Normally, this amalgamation of ideas wouldn’t really work or would come across as conceited and/or desperate. But with Reanimatrix, these references or callbacks were included with reverence and love for the source material. And they truly do weave themselves nicely within the story being told.

As with all of my book reviews, I will attempt to keep spoilers to a minimum.

I already kind of broke that rule a bit by mentioning the pop culture references above, but that’s about as far as I’m willing to go. Like any great work of creation, the less the reader knows about Reanimatrix the better. But there are a few things to know upfront.

First, this book is dense.

And I don’t necessarily mean large like a Wheel of Time book, though it’s by no means a skimpy tome. But no, there are a LOT of things that transpire from cover to cover.

Reanimatrix covers a lot of ground, stitching together many Lovecraft (and associated) tales while adding additional characters and events. And much of it is interrelated, so the reader definitely needs to pay attention.

A skimmable book this is not.

Second, Reanimatrix is told in an epistolary format.

Though it’s befitting of the type of story being told, some folks have a hard time reading books told in a correspondence type of format. It does tend to take some of the immediacies out of the proceedings, but author Pete Rawlik manages to inject just enough tension and drama to where the epistolary format isn’t heavily noticeable.

Third, very few punches are pulled within this tome.

The eldritch horrors of Lovecraft’s imagination have always been grotesque, but there’s a whole host of abominations described here. 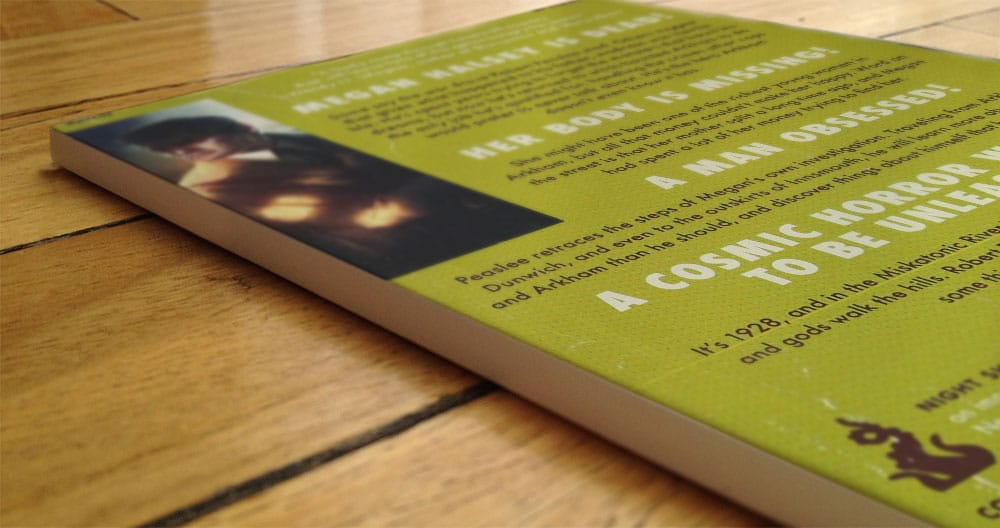 Gore and violence are plentiful.

As are sexual situations, including bisexuality across both main characters. I found it refreshing, but some folks may have issues with it. Haters gonna hate after all.

But as long as none of those things turn you away, then I think you’ll find much to enjoy with Reanimatrix.

It’s got dashes of humor, heaps of adventure, liberal splashes of horror, and a whole host of various locales. In fact, it would make for a really awesome mini-series, so long as it was tackled by one of the major streaming studios.

Both main characters are enjoyable protagonists, offering two different perspectives on the story. Robert Peaslee makes for an engaging investigator, and he fills the “world-weary” archetype with ease. In his own words, he may not be the most thorough of crime solvers or even the smartest, but he is doggedly persistent.

A little fallibility in a character goes a long way, and I liked that Robert was certainly not perfect.

The other main character will remain unspoiled in this review. Suffice to say, they are fantastic.

Pete Rawlik’s writing is superb, albeit a little excessive. 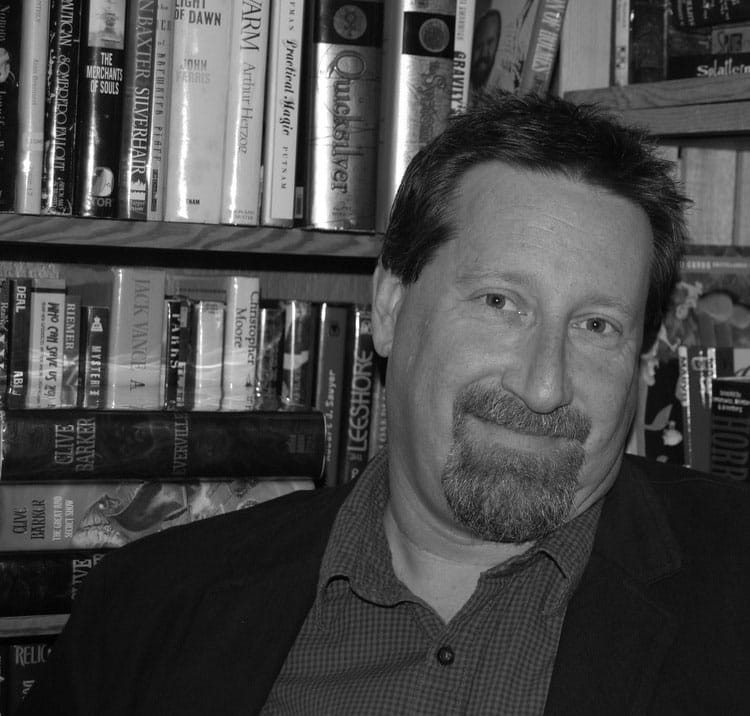 And while appreciated, some of the prose can get a little tedious. But, as I stated, with the book being told in an epistolary format, it makes sense that the folks taking documentation of the events surrounding them would want to be as detailed as possible.

Also, the book itself is just a tad overlong. So much happens, and so many things are interconnected, that in addition to being satisfied upon finishing the book, I was also rather mentally exhausted.