They Mostly Podcast At Night: Anaconda (1997)

This week on the podcast: A documentary film crew and a shady snake hunter come face to fangs with a giant reptilian monster of legend in “Anaconda”. 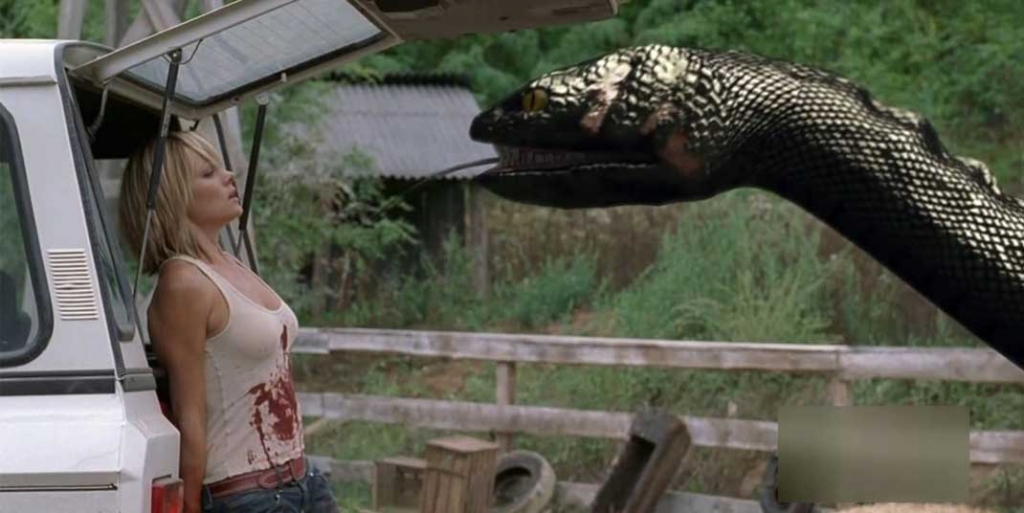 I have had it with these motherfucking snakes on this motherfucking river!!!! That should have been at some point in this movie. We would have loved that. Sadly it wasn’t. But come listen to the episode for a bit of snake knowledge drop from our resident snake expert, Chaos, and a rousing review on this week’s movie, Anaconda.

“Jon Voigt screwed the group over to go look for an Anaconda and the Anaconda did want some even though a lot of them didn’t have buns, hun, and things went awry”. – Carnage’s Five Second Summary

Famous pop singer? Check! Famous rapper? Check! One half of the Wedding Crashers duo? Check! Angelina Jolie’s papa doing a terrible accent? Check! All the ingredients to make one of the top movies…nope, nope, scratch that…one of the movies of 1997.

Eric Stolz’s character (who is on screen for maybe a total of 10 minutes combined) leads a documentary crew deep into the amazon in search of a possibly fabled tribe WHO PROBABLY DOESN”T WANT TO BE FOUND AND DOCUMENTED! Ahem. Anywho…apparently their mamas never told them not to pick up hitchhikers like our mamas told us, and they pick up a river hitchhiker. 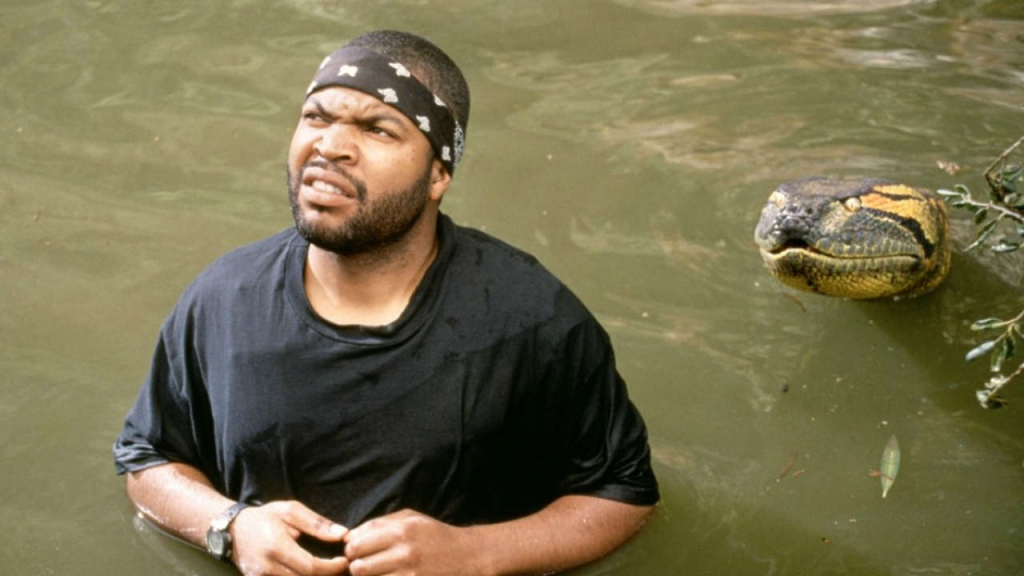 Their river hitchhiker, the horribly accented Jon Voight (Dude, you were born and raised in New York. Stop with the horrible accents.), happens to be a snake charmer. Oh no, sorry, a snake poacher. Always get those two mixed up. He is on the hunt for the mother of all snakes, and he will stop at nothing to find it, even sacrificing the whole documentary crew.

And the fabled tribe rejoices, yay!

Will Jon Voigt get his prize and make the most awesome snake skin suit and boots ever with it? Join this week’s episode and find out!

Go check out Anaconda if you mind being spoiled like a 40 foot snake that just wants to hug you! Then make sure to check out this week’s episode for the long and slimy deets with Chaos and Carnage.