While it’s hard to scratch the surface when exploring Takashi Miike’s impressive resume, these 14 very different Miike films are a great place to start. 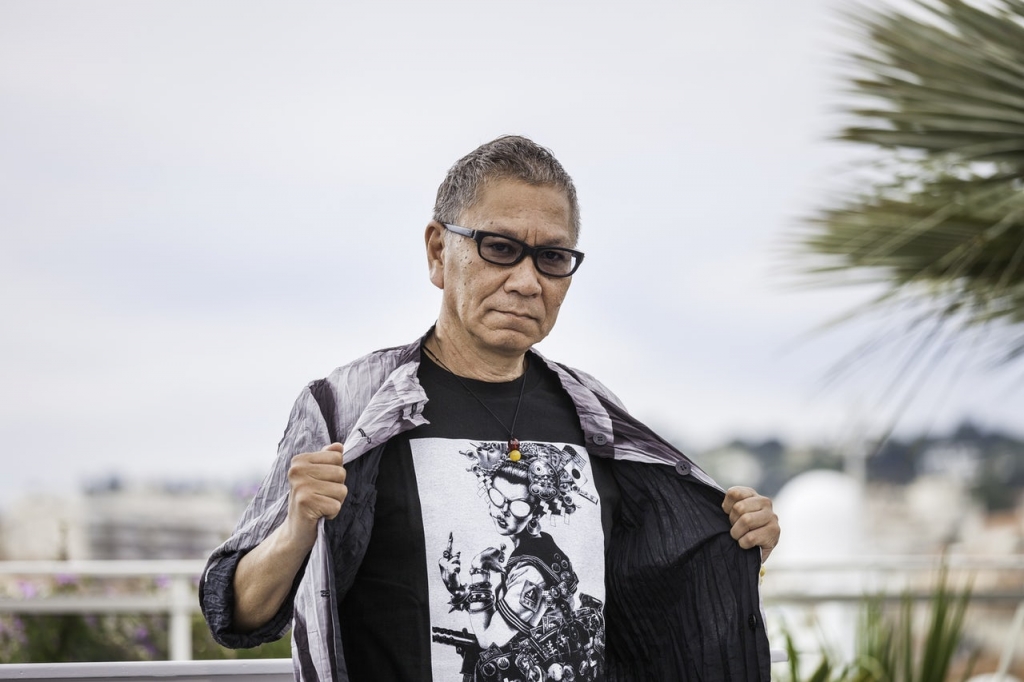 Japanese master of filmmaking madness and cult legend Takashi Miike tuns 60 today (August 24th). So we enlisted the help of a few writers, along with some outstanding guest contributors, to share some of our favorite films from Miike’s extensive catalog. Along with at least a couple of films you’re likely familiar with, we hope to introduce you to some of his lesser-known films — highlighting the diversity of style and story from a prolific auteur who has helmed over 100 movies since 1991.

Though shockingly cruel and brutal, none of his films are dark and depressing affairs. The violent chaos is a rocketship over the top, but there is an air of lighthearted nihilism and slap-sticky black comedy. You could almost call him a feel-good filmmaker. While Audition (1999) and Ichi the Killer (2001) are the films that put him on the gorehound map, he is also a master of the modern, character-driven Yakuza crime epic. His samurai films feature impressive historical detail and tight, lightning-fast, adrenaline-fueled sword battles.

With that said, here are 14 of our favorite Takashi Miike films, in order of release date — representing everything from his most notoriously brutal and controversial films to those that reflect his lighter side and his thoughtful exploration of humanity. We even tell you how to experience these films for yourself. 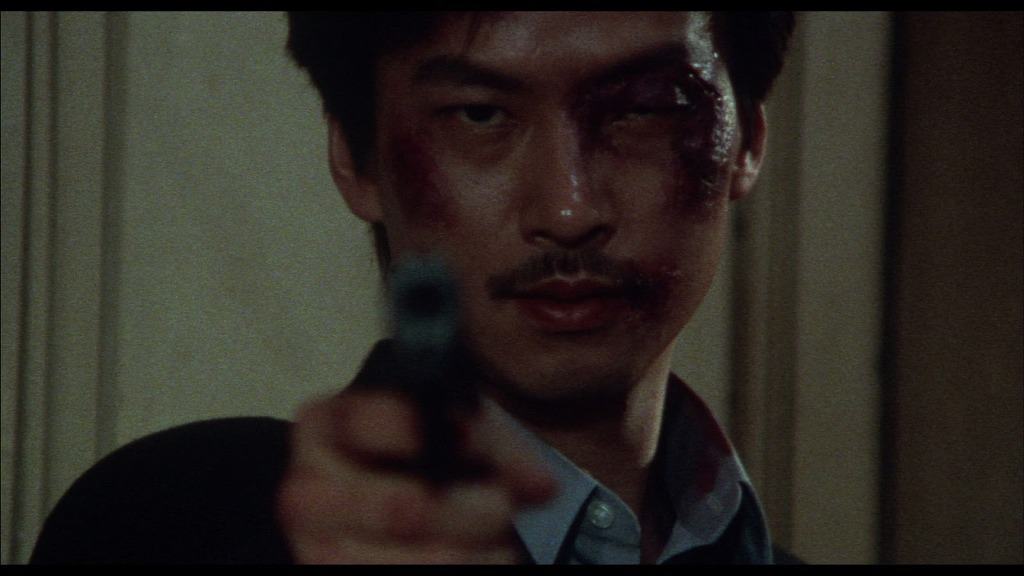 The Black Society Trilogy is a celebrated series of three films (all directed by Takashi Miike) that are not connected by events or characters, but more of a thematic relation. One of those themes in question is me questioning myself as a human for loving them as much as I do.  While the standard answer for “best” of the series is typically Rainy Dog, my weird and unappealing self vastly prefers the first entry in the trilogy: 1995’s Shinjuku Triad Society.

The film is sometimes credited with being the first Miike joint to really elevate him above his V-Cinema origins (not that there is anything wrong with V-Cinema, and I will fight you if you disagree).

Shinjuku Triad Society is ultimately a story of gangsters who employ a lawyer who happens to be the brother of a very corrupt policeman, obsessed with dismantling their operation. Like most Miike flicks, the plot synopsis doesn’t do the film justice in any way, and simply reading it gives the impression it is actually just every movie you have ever seen. However, within the first 5 minutes, you are pulled in and given just a taste of the dark and unpleasant journey you are in for.

While not a horror film by any traditional definition, Shinjuku offers up many scenarios that would be beyond frightening to find yourself involved in.

Granted I am not thinking of joining the Triads anytime soon (or fighting a one-man war on them), but the film doesn’t paint the most attractive picture of that life nor the lives of those attempting to stop them. Our main character is a burnt-out, angry, and borderline sociopathic cop whose methods are… uh… gross.

The movie is smart enough to know that a story such as this doesn’t always benefit from having a protagonist who is 100% detestable.

So what we have instead is one of the most flawed characters in the history of ever, yet someone who is still (in his own way) doing what he believes is right.

Sometimes what he believes is right is using horrific sexual violence in his interrogation tactics. It’s not pleasant, but it certainly happens.

Long scenes of perversion that make you say, “Oh, could have done without that,” are overshadowed completely by a gritty, grimy, enthralling vision of gangland conflict.  Itss atmosphere is ugly, but its approach is beautiful.

Though not as over-the-top crazy as more well-known Miike fare like ICHI THE KILLER or as moody and creepy as AUDITION, SHINJUKU TRIAD SOCIETY carves itself a spot as one of the director’s finest.

Of all the Miike films I watched in close succession of my first time viewing, this was the one that I could not stop thinking about.

The character motivations and internal struggles are just too damn fascinating. And the entire thing is outrageously disgusting, while still being mostly grounded. This creates a viewing experience that just makes me smile in spite of myself.

While many of Miike’s films are hard to find in the States, this one is available to stream for free (with English subtitles) on Amazon Prime. So there’s no excuse not to check it out! 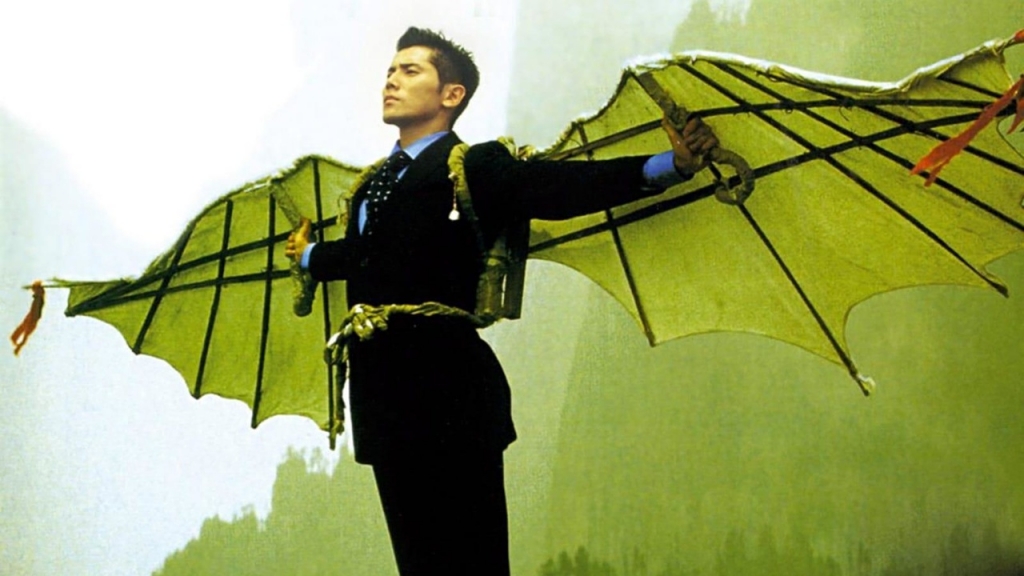 The Bird People in China follows a young Japanese businessman, Mr. Wada (Masahiro Motoki), traveling to a remote village in the mountains of China in search of a profitable vein of jade. In China, he meets his guide, Mr. Shen (Mako), and a yakuza named Ujiie (Renji Ishibashi) who is there to collect a debt from Wada’s company. The three make an odd pair on the long, arduous journey to the village. Shen struggles to keep the peace as Ujiie frequently bullies Wada in regards to the debt.

Upon arrival, the three men slowly be