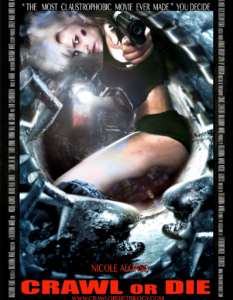 Crawl or Die (previously called Crawl Bitch Crawl) opens amidst chaos on a group fighting and on the run from an evil force, and it wastes no time letting you know what you’re in for: a dark and dizzying and hectic ride. And what a ride it is. It’s endlessly claustrophobic, very dark and borderline hopeless, full of heart, and enormously entertaining.

The plot is simple. A special forces unit is tasked with capturing the last fertile woman alive on planet Earth who hasn’t been infected by a deadly virus. They are to then transport her to Earth 2 where civilization will start over. But really, it’s not that simple. The team is trapped in an endless maze of underground tunnels, while being chased and hunted by a deadly alien creature.

The movie creates suspense and tension in several effective ways. The tunnels and spaces are so claustrophobic that it feels like the characters are crawling through their own coffins from an enemy that could lay just beyond the edge of the darkness. Every shadow caused by their flashlights could be the movement of the creature on the attack. And when the creature does attack, the viewer is treated to a lack of music as the whirring screech of the monster takes over — and the sounds of struggle and death and feeding are enhanced. These are startling moments that I thoroughly enjoyed. 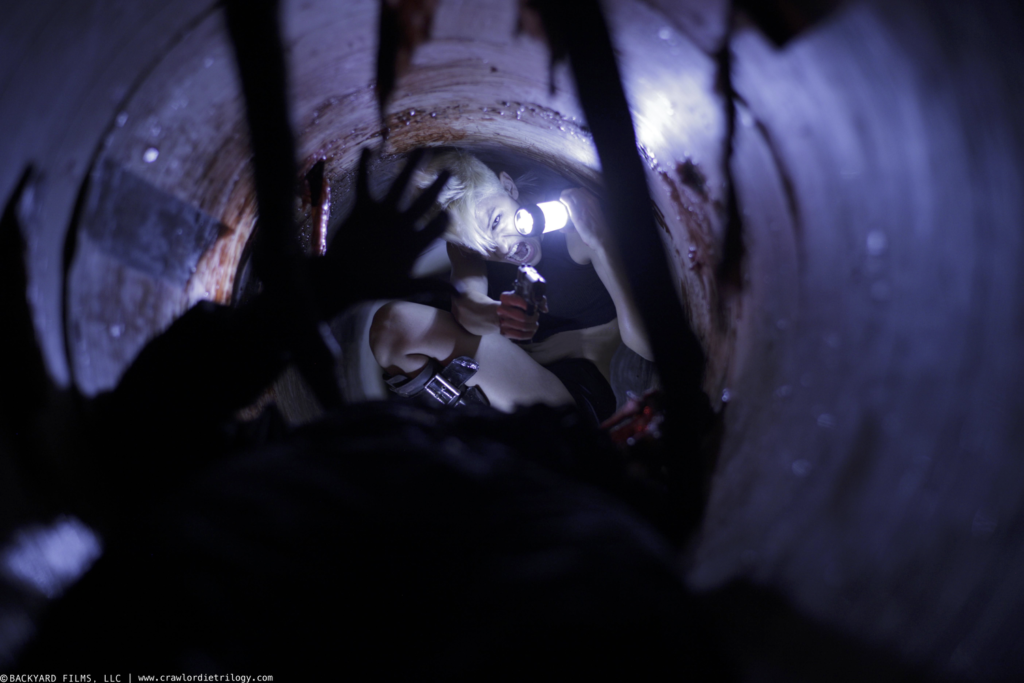 The movie itself uses sound very smartly. There are constant creaks and tapping and wind and growling, some close by, some in the distance and all the noises seem to add to a constant hum the movie has. It’s a hum that reminds the viewer that something is out there and nowhere is safe.

The acting is solid all around, but rests primarily on the shoulders of Nicole Alonso. She will face inevitable comparisons to Ripley from Alien, and that is a compliment in itself. But Alonso isn’t merely an actress here. She isn’t only a character. She is a full on force that has taken on a life of it’s own. It’s an exhausting, gritty, and determined performance that, by the end, left me breathless. 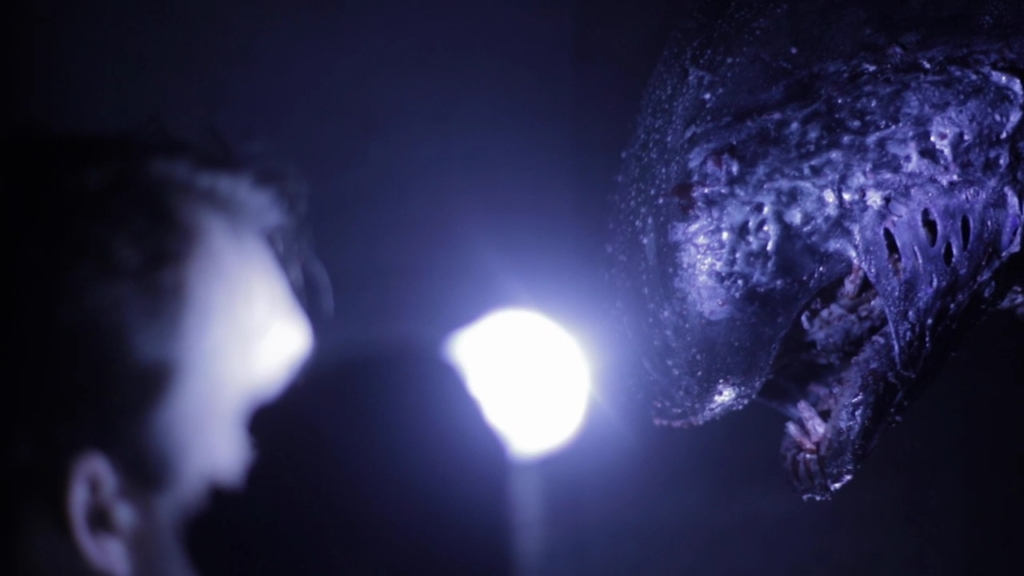 Crawl or Die is supposed to expand into a trilogy. If that’s the case, then sign me up now for parts two and three. It would be a pure pleasure to see Nicole Alonso further develop in a Crawl or Die trilogy… and to see what else writer/director/editor Oklahoma Ward can do in this world he so brilliantly created.

Crawl or Die is a little movie with big ambitions. It uses small spaces to create big suspense and discomfort. It uses little dialogue to create a powerful feel of urgency and isolationism and little lighting to create an atmosphere of fear of what lies in the dark. It also shows how far we’ll go to survive and how hard people will fight for their lives.

Crawl Or Die is independent film at it’s best, and I can’t recommend it high enough. Don’t crawl, run to this one.