Meditative and dark, Travis Matthews’ Discreet reveals the troubling consequences of childhood trauma and abuse. The film tells the story of Alex (Jonny Mars), a young drifter who returns to his Texas home to learn a startling secret from his own mother. In an early scene, and one of the film’s most effective, Alex’s mother reveals that a man who had abused her son when he was a child is still alive and living within proximity.

At this point, ‘Discreet’ might appear to be a crime thriller in which the protagonist, now older and wiser and filled with rage, plots to murder the man who wronged him so terribly. And while the film does feature aspects of the story described above, it is a far more subtle and nuanced picture, focusing more on Alex’s inner torment and sexual desires than on his hunger for revenge.

One of the more intriguing parts of the movie comes from Alex’s motivation to seek out his attacker; he is inspired by a YouTube meditation practitioner and self-help guru named Mandy (Atsuko Okatsuka), whose soothing voice guides Alex and encourages him along his journey (one of the film’s most memorable images is of bacon sizzling in a pan, which appears to be a part of Mandy’s video channel).

Alex even has plans to meet up with the video blogger in Oregon in order to show her his own video footage — although it doesn’t seem like Mandy shares Alex’s enthusiasm for such an encounter.

Alex soon reunites with his childhood abuser, John (Bob Swaffer), now disabled and elderly and unable to communicate. Although Alex begins to care for the old man, feeding and bathing him, John is never an empathetic figure.

In fact, near the end of the film, he appears in shadow, a black silhouette of menace and terror, his gnarled hands lunging toward the camera. This image, along with some disturbing artifacts that Alex discovers on John’s isolated property, sets an unsettling tone that transitions well into the final scenes of the movie. 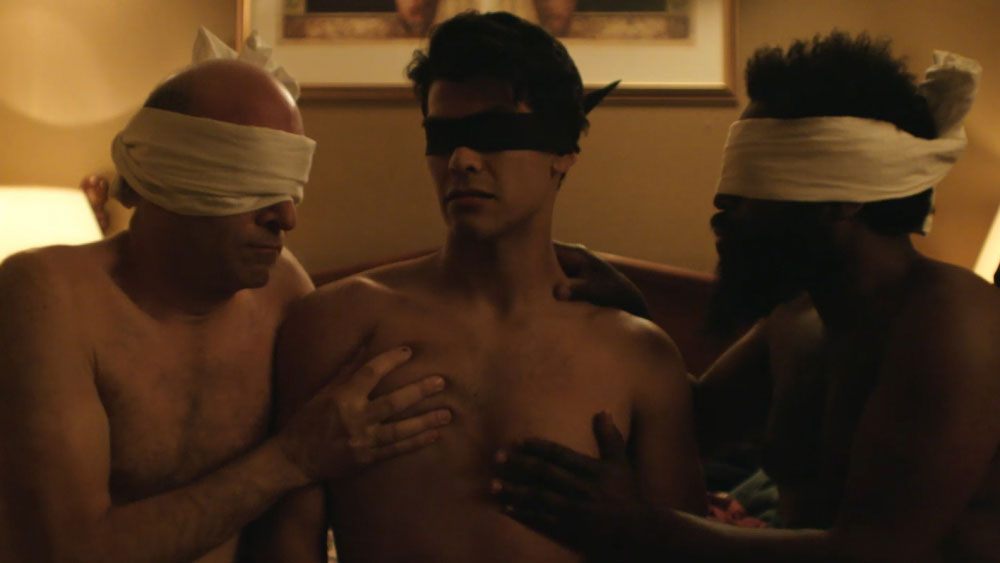 Matthews, who also wrote the script, never makes explicit the connection between the abuse Alex suffered as a child and his sexual preferences in adulthood. Like many of the scenes in Discreet, these themes are not entirely spelled out for the audience, an ambiguity that makes the movie all the more interesting and effective.

Some might find Discreet a bit too slow-paced and meandering, but what lingers beneath the surface of the plot is both dark and terrifying.

The ending of the picture ties back to its opening sequence in a very powerful and memorable way.

Featuring strong performances from both Mars and Swaffer, and filmed in a laconic and contemplative style, Travis Matthews’ ‘Discreet’ suggests that true horror comes not from masked killers and supernatural phenomenon, but from the very real ghosts of our past.

Discreet is available now via VOD and home video.