Directed by and starring Luciana Faulhaber, “Don’t Look” is a hands-on starter slasher film with quality production value and heart. 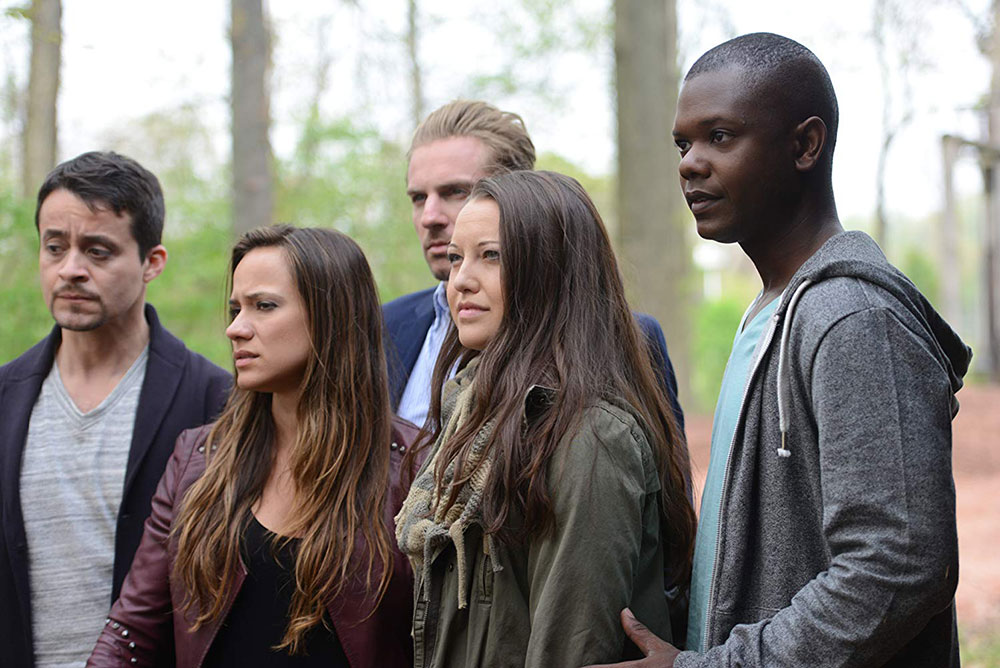 Synopsis: Five friends from New York City embark on a rural getaway for a holiday vacation, but they soon find themselves targeted by a local, murderous psycho after they invite a strange local couple to their holiday dinner. One by one the friends are stalked and killed, as the truth about the farm they are visiting comes to light.

As is tradition, a group of late twenty/early thirty-something friends leave the city for a relaxing Thanksgiving weekend in the woods. Unfortunately, their escapade is ruined by another group, one that fits the crazy redneck bill to a tee. After a few confrontations, things get more tense and dangerous for the gang. 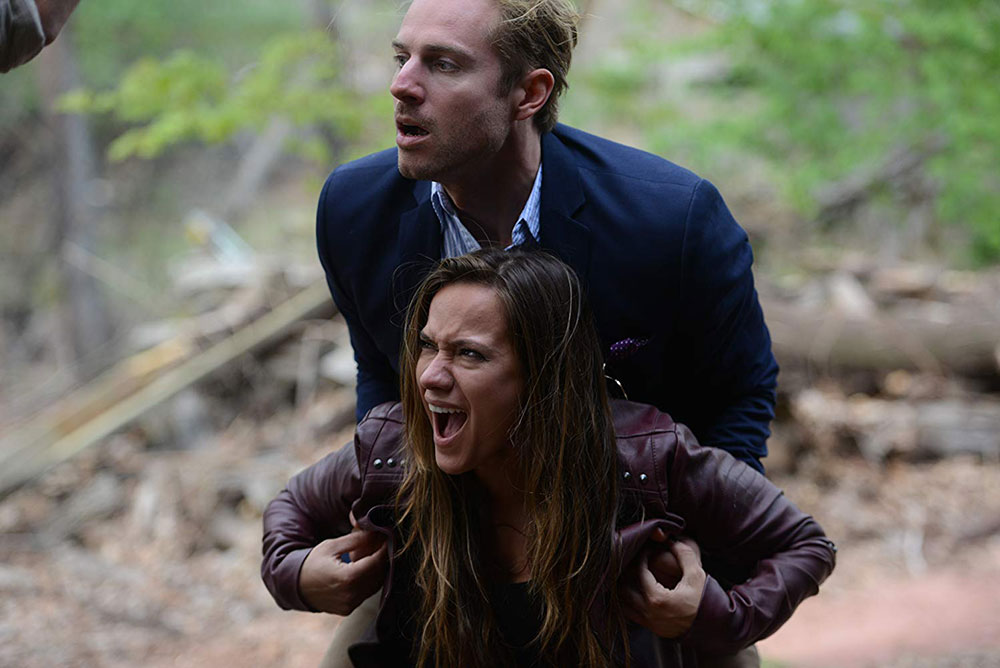 Out of the lot, most of the performers lack the essential chemistry needed for such a high intensity situation. Although, I did enjoy the lead character, Lorena (director Luciana Faulhaber). She took the initiative to be her own hero and attempted to right the wrongs that were done to her instead of giving up instantly.

The film itself has been receiving high praise due the amount of female involvement (written and directed by a woman, and starring a female lead). And while it’s great to see such a female-driven film, it would be disingenuous to praise a film simply because of those factors.

Our killer is hardly seen, donning a babyface mask that has become popular in genre films, as of late. The concluding moments were anticlimactic, with not enough excitement building up to the finale.

There’s hardly any gore or shock to make it a tried and true slasher. The picture and audio quality were both great, however, and the dedication to those two factors was apparent. At times, the cinematography was shaky and distracted a bit. But overall, it was steadfast.

As a whole, Don’t Look follows the slasher formula. But it lacks the elements to make it really memorable or unique enough to stand out from the pack. Lacking any epic kills, exciting chase scenes, or a truly scary or fun villain, this one sadly feels a bit forgettable.

There are a ton of great new indie horror releases this month, including Don’t Look. If you’re looking for a straightforward slasher you don’t have to think too much about, maybe check this one out. It is a quick watch at only 70 minutes long. Just don’t expect to be blown away.