As ridiculous as it sounds, and every bit is fun, “Fungicide” is an ultra-low-budget schlockfest that’s a lot of fun for the right audience. 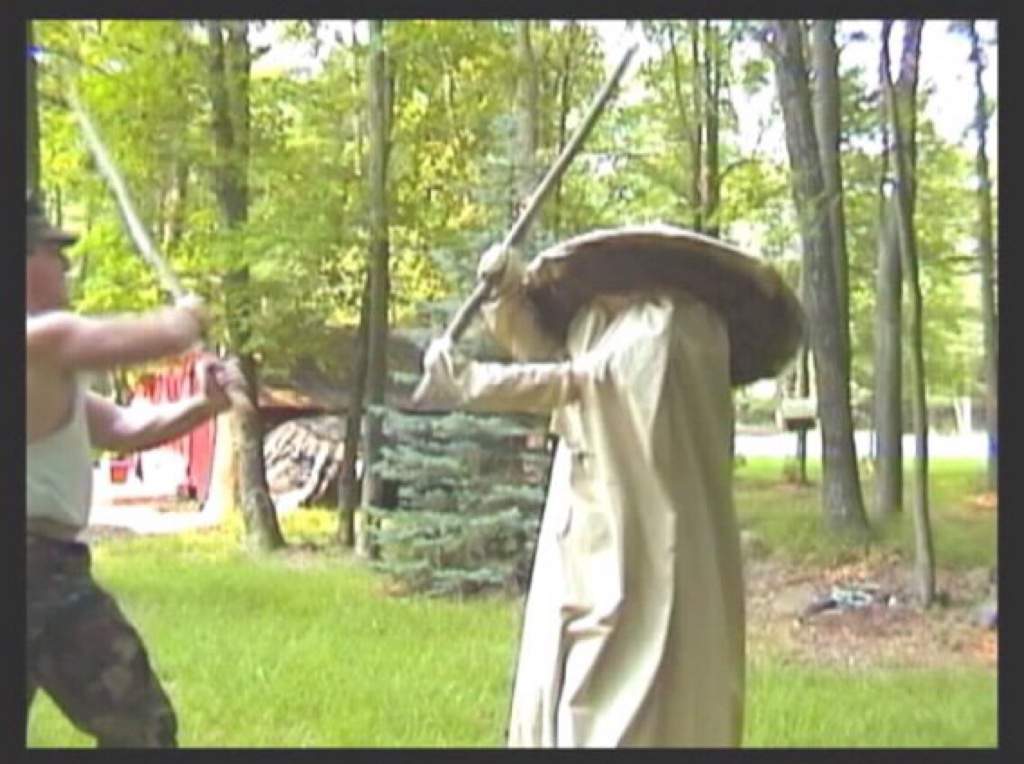 One of my favorite things about the horror genre is how malleable it is. A horror movie can be dark and unsettling or colorful and campy, frighteningly realistic or completely fantastical, genuinely well-made or an accidental bad movie masterpiece; it’s all horror, and it’s all great.

With that in mind, 2002’s Fungicide is a perfect example of why I love horror.

The cheap and cheerful product of writer/director Dave Wascavage (co-written by Mary Wascavage; I’m not sure if they’re married or related in some other way), it’s not a good movie by any stretch of the imagination. But unlike other “so bad it’s good” films, Fungicide has no pretensions of greatness.

Wascavage knows he’s making total schlock, and he leans into it.

The story goes as follows: a mad scientist named Silas Purcell (David Weldon) is sent on a retreat to a remote B&B by his concerned parents (played by Wascavage’s actual mom and dad, Loretta and Edward), run by nutty flower child Jade Moon (Mary Wascavage), for some rest and relaxation. But Silas has poor work/life balance, so he brings along his latest experiment, promptly trips, and accidentally unleashes it on a small patch of mushrooms, causing them to mutate and develop a taste for human flesh.

Jade and the other B&B guests, a wrestler named Titus (Dave Bonavita) and a jerk real estate agent named Jackson P. Jackson (Dave Wascavage) must do whatever they can to survive the onslaught of man-eating monster fungi.

The film is packed with ludicrous, hilarious touches. 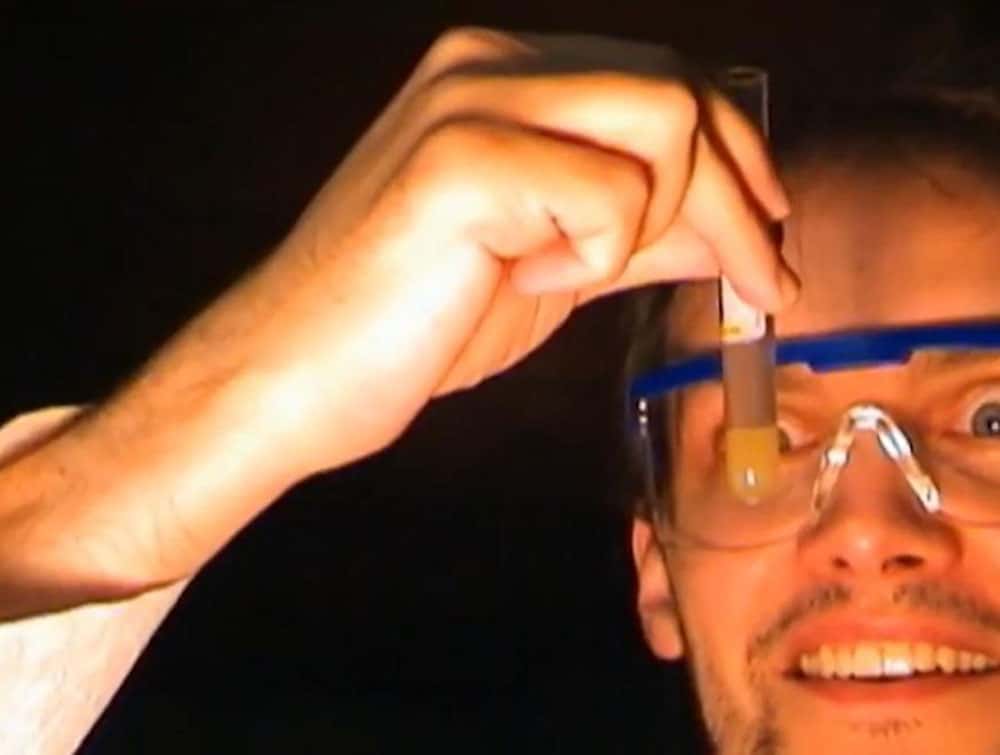 This includes the supposedly remote B&B that’s clearly just someone’s house in a suburb somewhere, to the fact that Dave and Mary both play multiple characters with little effort to distinguish between them. While they’re all purportedly there to escape and unwind, our characters spend most of their time hanging out together on the same couch.

The malicious mushroom puppets are utterly terrific, particularly the smaller handheld ones.

The film lapses into eye-searingly ugly CGI in the climax, with mushrooms shattering like glass and fading away like video game sprites after death. There’s a wonderful sequence where Silas fantasizes about raising one of his accidental fungal progeny, complete with bedtime stories and feeding at the kitchen table.

In short, it’s a total delight for a certain breed of movie fan.

You’re either going to love or hate Fungicide based on your enjoyment of bad acting, cheap effects, corny jokes, and camcorder cinematography. 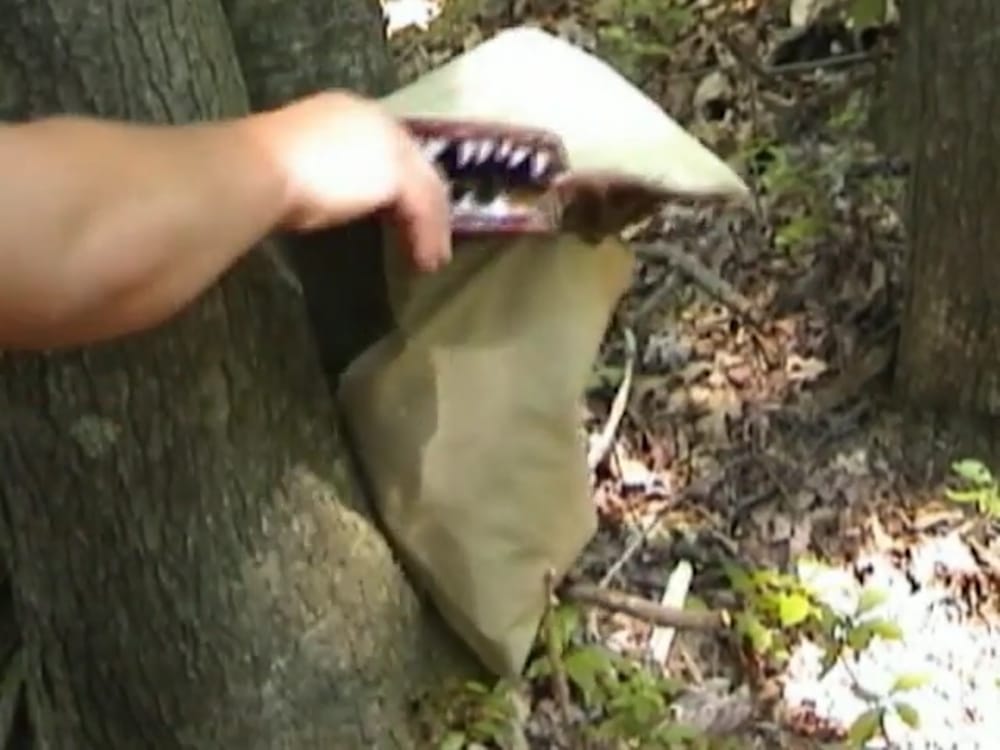 But if you’re like me and that description excites you rather than repels you, you will likely find a lot to love about the Wascavages’ mutant creation.

It might be basically an elaborate home movie, but the Wascavages’ sincere commitment to their goofy vision is infectious. And honestly, if you can’t get down with a movie featuring a stick fight between a man and a giant mushroom that’s clearly just a dude in a bedsheet, I’m not sure what to tell you.

Fungicide can be streamed for free (with ads) on Tubi.

MORBID MINI
Much like mushrooms themselves, it’s likely not to everyone’s taste, but if you’re the type of fan who likes their horror cheap, cheesy, and cheerful, FUNGICIDE is an absolute delight.