A story of a man driven mad by a ghost, this film is driven by the one and only Vincent Price and some excellent sculpture work. 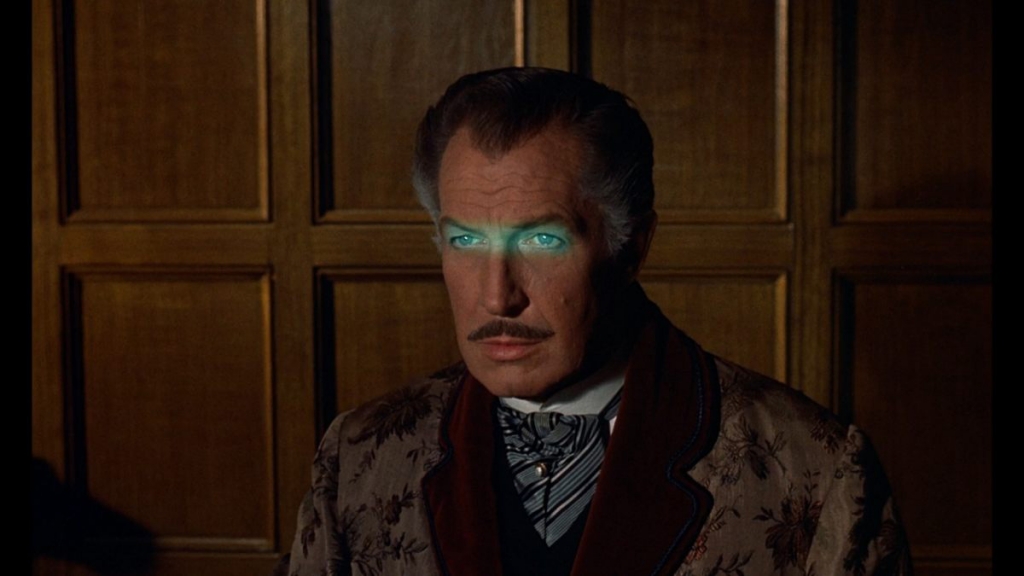 A magistrate doesn’t buy the story of a murderer possessed by an evil entity until he, himself falls under the control of this nefarious ghost and turns against his iron resolve and morals. Let’s dig into 1963’s “Diary of A Madman”, directed by Reginald Le Borg!

His voice has such a rich texture that it could charm its way out of a terrible script.

Not to say the script is weak. It’s a solid adaptation of a Guy de Maupassant story called “Le Horla”. There are some beautiful, classy, classic lines. I would go so far as to call them prototypical gentlemanly. Add the buttery delivery of Price and you have yourself an easy wooing.

Let’s talk about the sculpting. 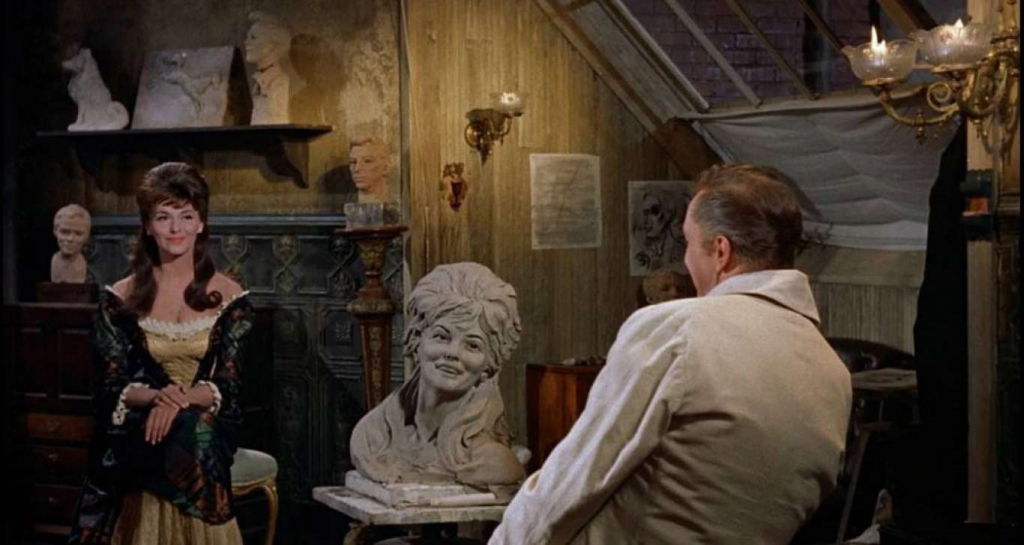 Besides being a magistrate, Price’s character moonlights as an artist, and the busts he sculpts are brilliant works of art, crafted by the hands of Lowell Grant.

It’s not all positive. They set themselves up for failure by declaring “The Most Terrifying Motion Picture Ever Created” in the tagline. Even for the time, there wasn’t much to fear. The green glow on the eyes to signify some sort of possession is rather laughable and some of the threats (written in dust in the attic – “Hatred is evil”) leave a lot of imagination on the table.

I can’t say it’s anything but enjoyable to watch Price work, though.

One of the most famous faces, and voices, in horror, Vincent Price is on Mount Rushmore of terror.

One could argue that telling the story in flashback and knowing Price’s demise could spoil the fun, but it was an artistic choice and the foggy graveyard in the opening is worth it. 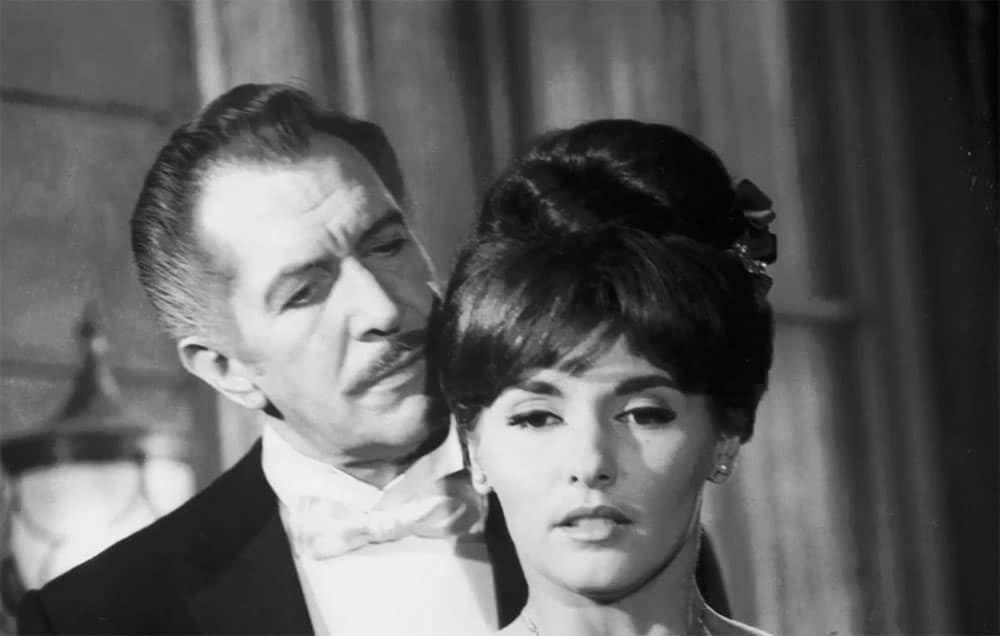 My goodness, Nancy Kovack (Odette) is gorgeous. She has perfect chemistry with Price, and it’s tragic to watch her character die.

This type of tale is locked in time. I can’t think of anyone besides maybe Charlie Steeds (An English Haunting 2020) doing old-school ghost stories like this. She’s starred alongside Elvis and Dean Martin, but no one as debonair as Price.

Shout Factory released The Vincent Price Collection III on Blu-ray which includes this film and four others. You can also stream on Paramount + or Epix.