“Let’s Scare Julie” is an indie powerhouse, with strong performances, heart-stopping scares, and messages reminiscent of your favorite after school special. 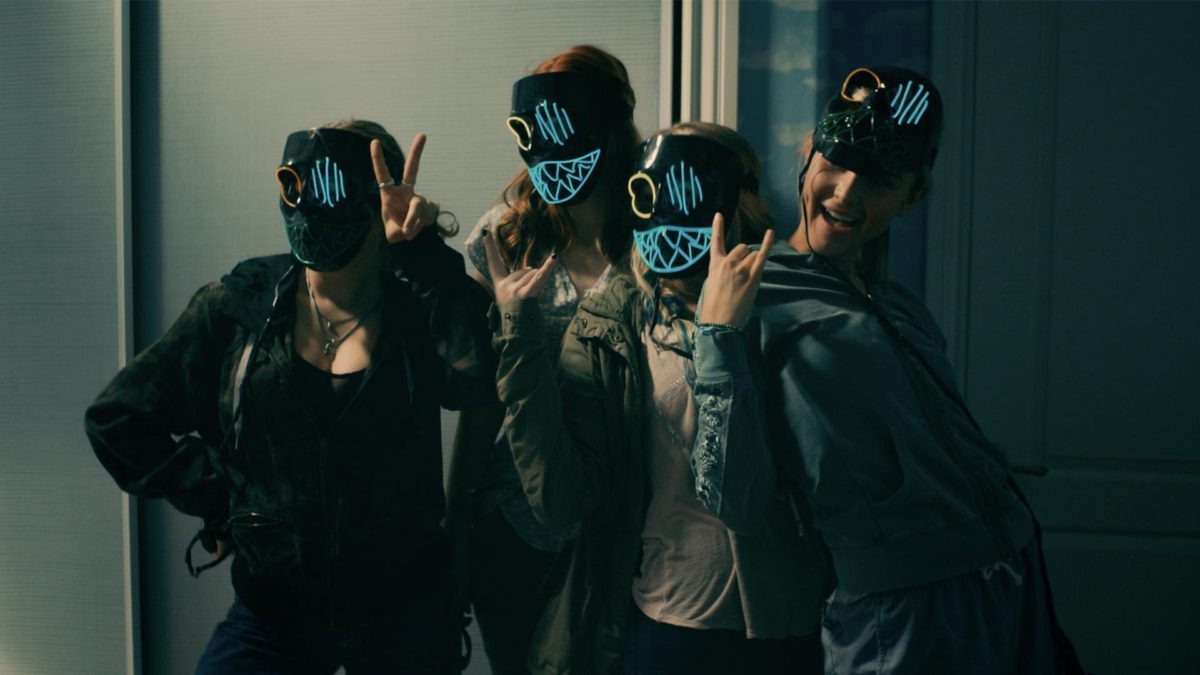 Originally titled Let’s Scare Julie to Death, this cautionary tale is more than just a quick dip into a pool of terror; it’s a labor of love by the cast and crew that worked tirelessly to improvise lines and execute practical scares for a single camera throughout one continuous take.

The magic of this movie is just how simple the actors and director/writer Jud Cremata make it look, despite complicating production with a barebones script, simple plot, and ambitious shooting structure. It looks easy, it plays out smoothly – but nothing about making this movie could have been easy. With no frills and a serviceable plot, there are little to no narrative intricacies involved in Let’s Scare Julie, which lends itself to organic performances and effective scares.

The movie opens to an excitable and shrill group of teenage girls victimizing one of their own in a prank bound to trigger an asthma attack in even the healthiest of lungs. Emma (Troy Leigh-Anne Johnson) is the target of the prank, despite being related to one of the perpetrators, Taylor (Isabel May). 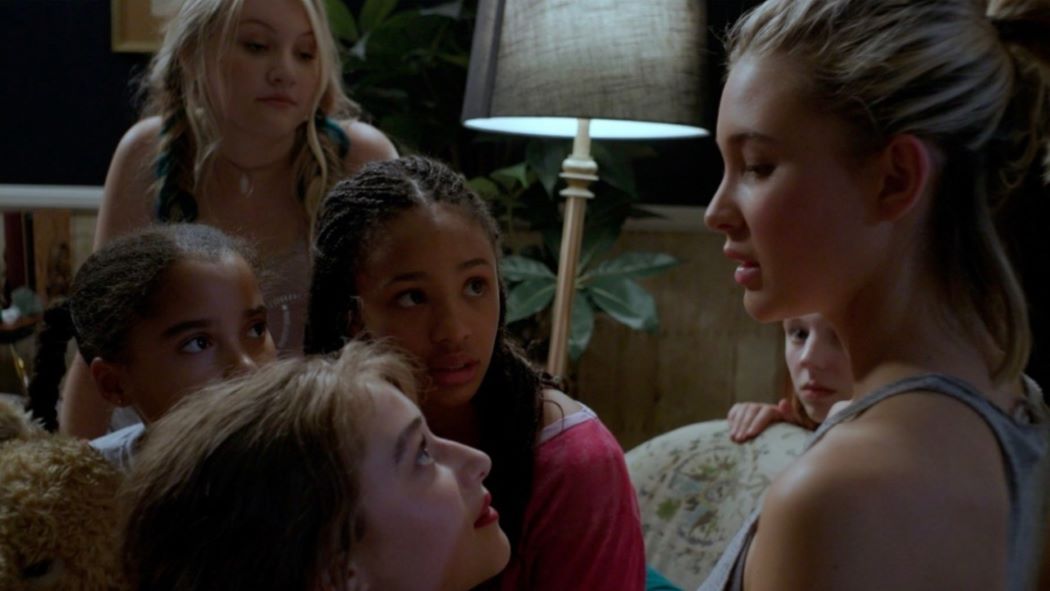 Once their prank has concluded, the girls decide to up the ante and prank their elusive new neighbor Julie, who lives across the street in a house infamous for mysterious happenings that include the unexplained and permanent disappearance of a boy just a few years prior.

Emma is the outcast of the group, as she and her sister Lilly (Dakota Baccelli) were placed with Taylor and her alcoholic father after her own dad’s untimely death. Her novel presence in the group makes her an easy target for the boisterous teenage girls, who behave as though they’ve been possessed by frat boys with a mean streak; hellbent on terrorizing anyone different than them under the guise of “harmless” fun.

Dubious of the other girls’ plans, Emma stays behind while the others break into Julie’s home to give her a little fright. This is when things truly take a turn for the worse.

Amid the prank, the group of girls splinter off in a maelstrom of terror. Some disappear, some break away to run an errand, another escapes to tell Emma about the horrors she thinks she witnessed while inside the home.

These scenes — seamlessly tracked through the windows and interior of Taylor’s home – yield the greatest performances from a cast of relative newcomers, evoking the kind of hysterical, confused terror that is difficult to emulate on-screen.

Let’s Scare Julie is a movie about a haunted house that doesn’t need to take you into the house to show you the horrors, or the haunted. 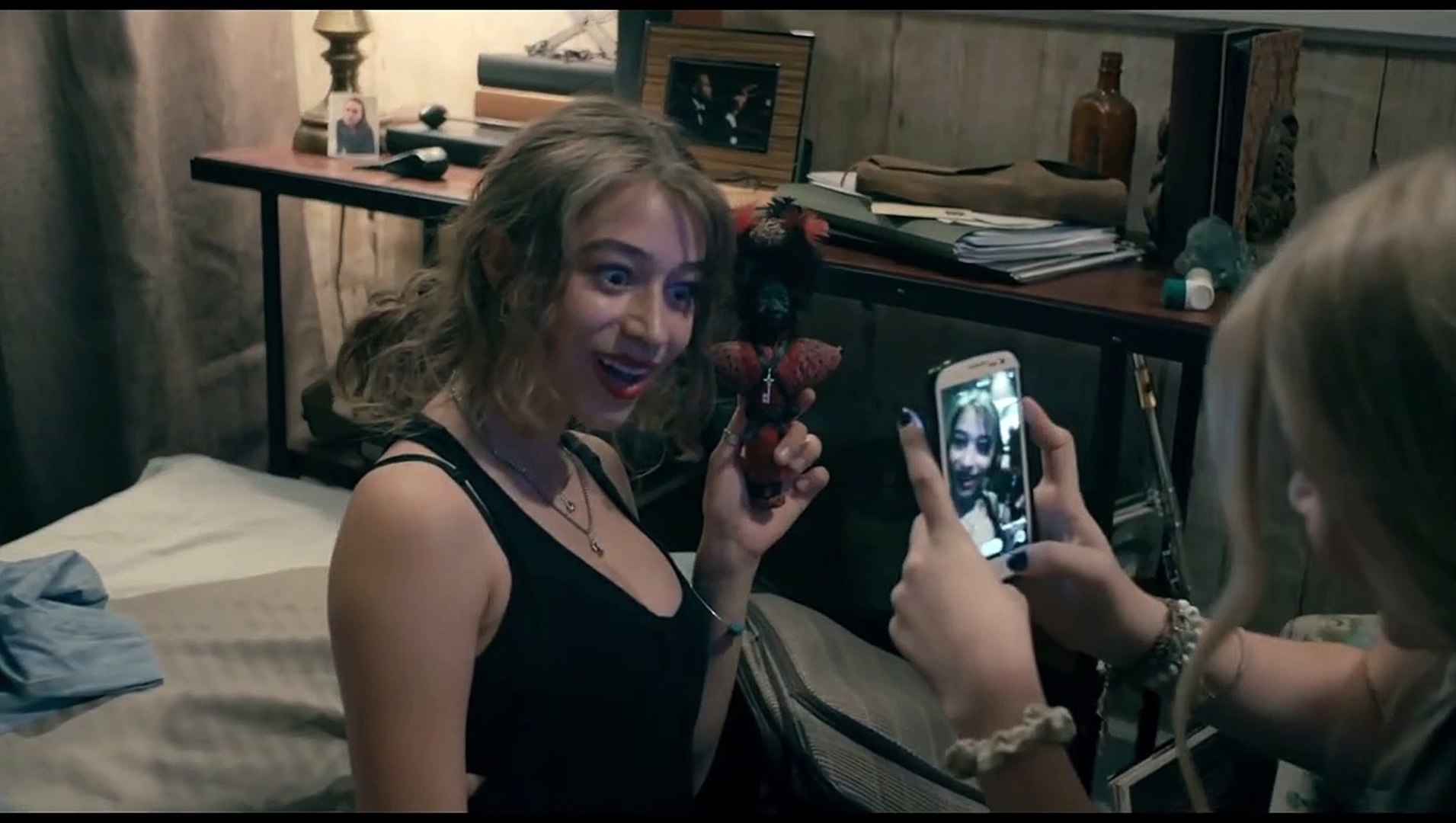 It brings them directly to the viewer, through the eyes of the protagonist, who is no angel herself – despite appearing as the only level-headed teenager in the entire movie.

The film treats viewers to two distinct types of horror. The first being the sympathetic kind, the secondhand fright one might experience listening to a survivor recount their struggles – building dread until it crescendos and crashes into Emma with a supernatural fury.

Jump scares are cleverly utilized throughout the film, executed more by auditory cues than visual ones – weaponizing the stormy atmosphere without showing too much, too soon. 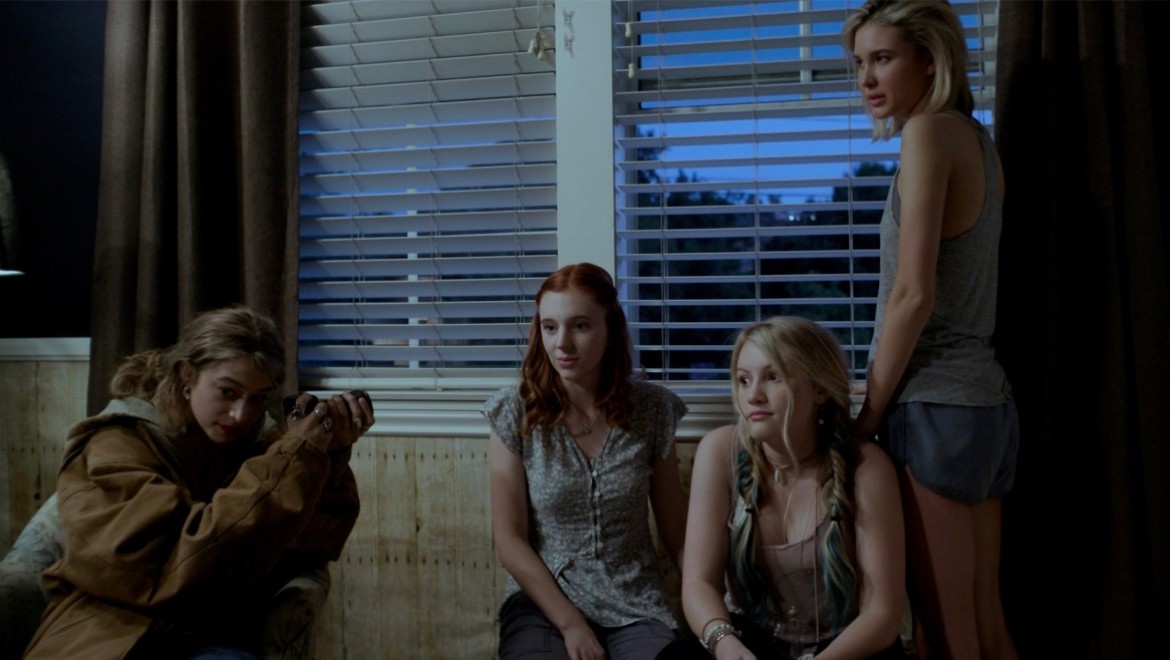 Every aspect of the film was handled with such care that it’s hard to discount the quality.

The message of the film, which ultimately ties back to the dangers of peer pressure, the bystander effect, and the malice of teenage girls, is the only note that falls flat. As an allegory for the consequences of harming others and the importance of simply being kind, Let’s Scare Julie feels like a paranormal after school special… but even then, it’s hard to argue the point.

Being a teenage girl is hell, but that doesn’t mean you need to turn into a devil yourself.