A brilliantly executed, uncomfortably relatable dystopian nightmare, the genre-bending “Tin Can” is as mesmerizing as it is terror-inducing. 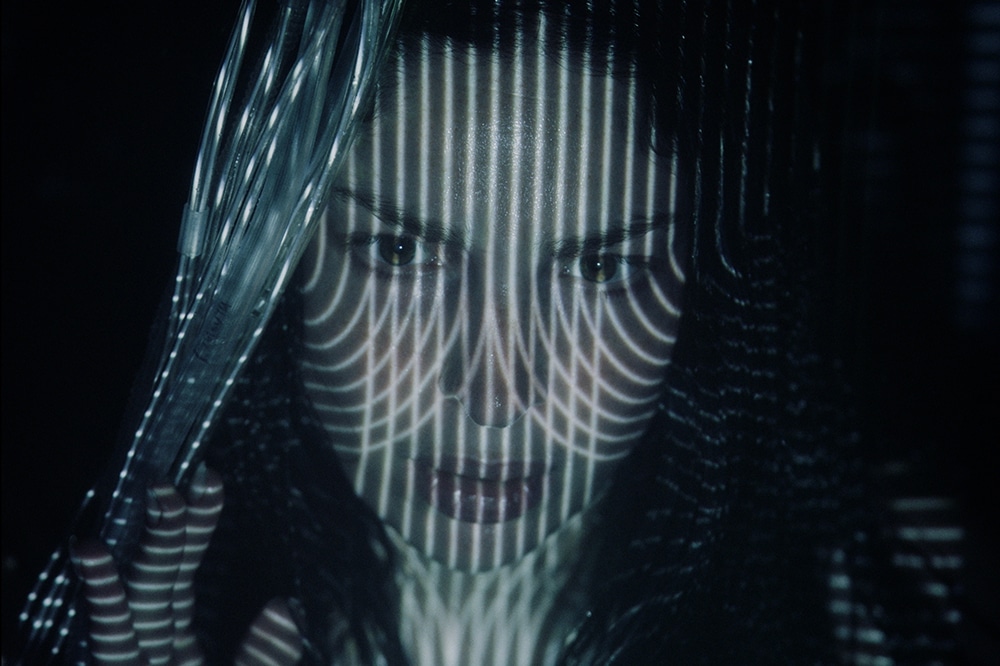 Horror is at its most viscerally terrifying when it forces us to confront our deepest fears and anxieties while revealing uncomfortable truths about human nature — the ugly, ignoble side of human nature. It’s the side of us that often rears its ugly head when we are stressed, afraid, or our way of life is threatened; a side we’ve seen far too much of us during the past two years while in the throes of the still ongoing Covid pandemic.

It’s a side exploited for maximum horrifying impact in Seth A. Smith’s eerily relevant confinement horror, Tin Can.

Interestingly, the devastating parallels to our current, real-world horror — plentiful and impossible to ignore — were not intentional as Tin Can was written and filmed before the COVID-19 pandemic.

Yet, Smith’s script (co-written by Darcy Spidle), is uncanny in the way it predicts mankind’s dubious response to an unstoppable global threat. Though Smith could not have imagined the crisis the world would face shortly after putting Tin Can in the can, somehow, he did imagine it — with startling clarity.

And that prescient understanding of the conflicts such a pandemic would create is what makes Tin Can even more terrifying.

Ultimately, the downfall of Man seems both predictable and inevitable.

Highly ambitious, thoroughly unsettling, and thought-provoking, Tin Can is as visually dazzling and hypnotic as it is nihilistic. 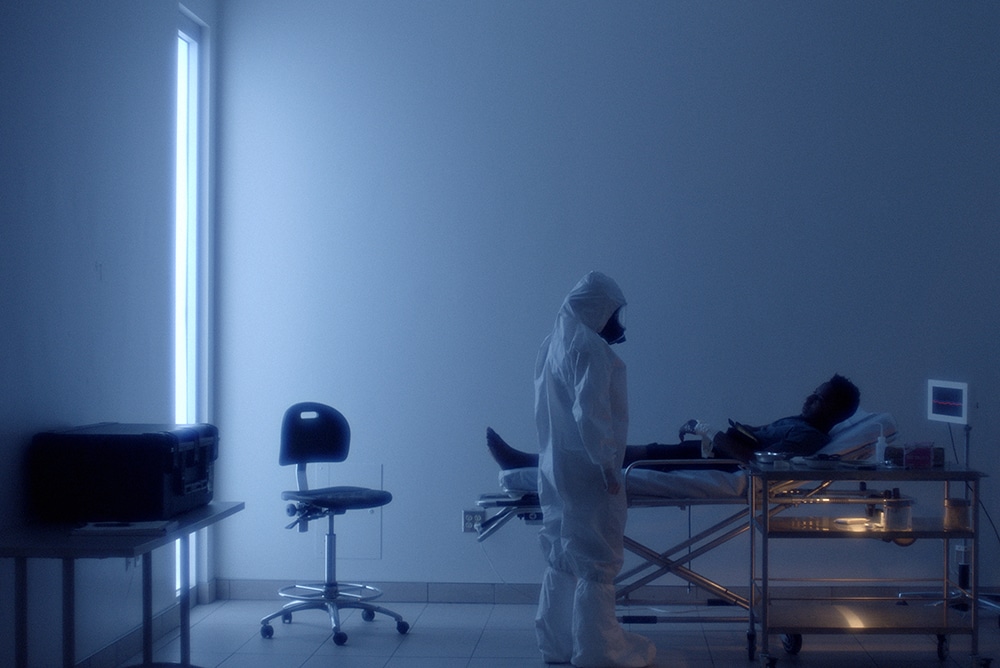 We enter a world plagued by a calamitous four-stage fungal infection. It’s a now all-too-familiar world of travel bans, spot checks, and quarantines. An incurable disease is spreading rapidly, and the government is rushing to contain the outbreak.

1 in 5 people is now living with the infection, and only a fraction of them is receiving medical care. Authorities blame it on a critical shortage of health care workers and the rising costs of private clinics. While the poor suffer horribly, people of privilege enjoy the luxury of disparaging the infected, claiming the disease “only takes the bad ones”, as if it’s merely God’s judgment of the guilty.

A virus researcher named Fred (played by the talented Anna Hopkins) believes she is on the verge of a significant breakthrough that could save millions — including her ex-husband and fellow researcher, John (Simon Mutabazi).

Himself battling the rapidly advancing disease, John is scheduled to be placed inside a stasis pod — created by his company to keep wealthy patrons safe — until a cure can be found.

But before Fret has a chance to see if her discovery could potentially be the miracle everyone has been hoping for, she is knocked unconscious. When she awakens, she is locked inside a pod of her own, filled with viscous fluids. There are tubes attached to every orifice, including one shoved down her throat.

As the film’s title implies, this containment chamber resembles a tin can, just barely big enough to fit a human body. 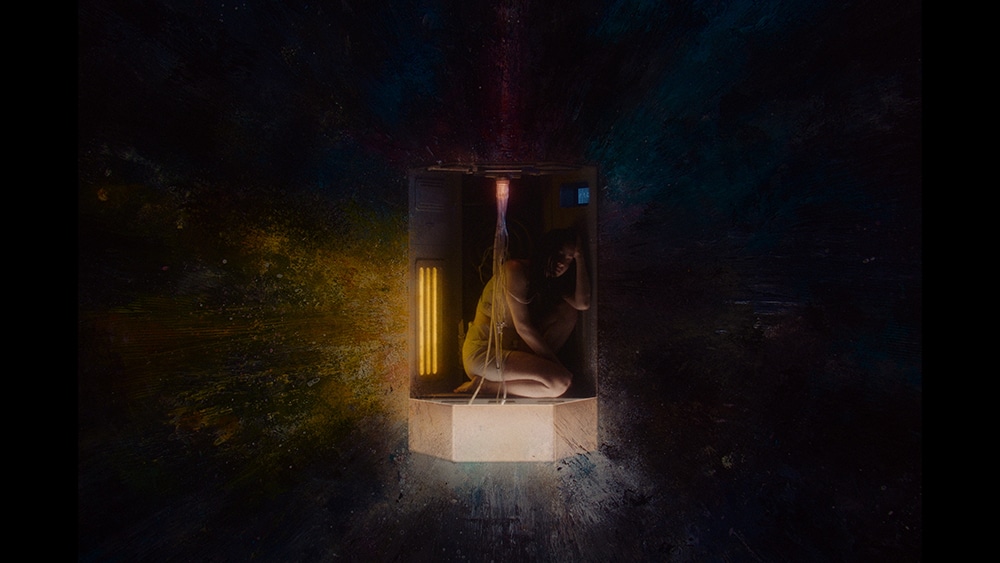 An unwitting captive, Fret struggles to remove her tubes and pries open a tiny vent that allows her a limited view outside her claustrophobic prison. She soon discovers that she’s not alone.

Across from her is an eager volunteer patient, a stranger known only as Whistler (Tim Dunn). Next to her is John, another co-worker named Darcy (Amy Trefry), and a corporate donor named Wayne (the always brilliant Michael Ironside in a limited role).

Desperate to discover how and why she ended up in this suffocating scenario and determined to return to her potentially life-saving work, Fret spends the first half of the film frantically plotting her escape.

A big part of Tin Can’s brutal efficacy is its ability to place viewers in the pod with our protagonist, forcing us to share in her claustrophobic anxiety, mounting dread, and desperation.

This feat is accomplished through expert camerawork, unnerving sound design, simple but convincing set pieces, and a powerhouse performance from Hopkins.

Impressively, Tin Can manages to be both grotesque — rich with disturbing, nightmare-inducing imagery — and extraordinarily beautiful.

It’s remarkable how well this minimalist, mostly single-setting film is shot to create a truly immersive and fully plausible microcosm of a world. 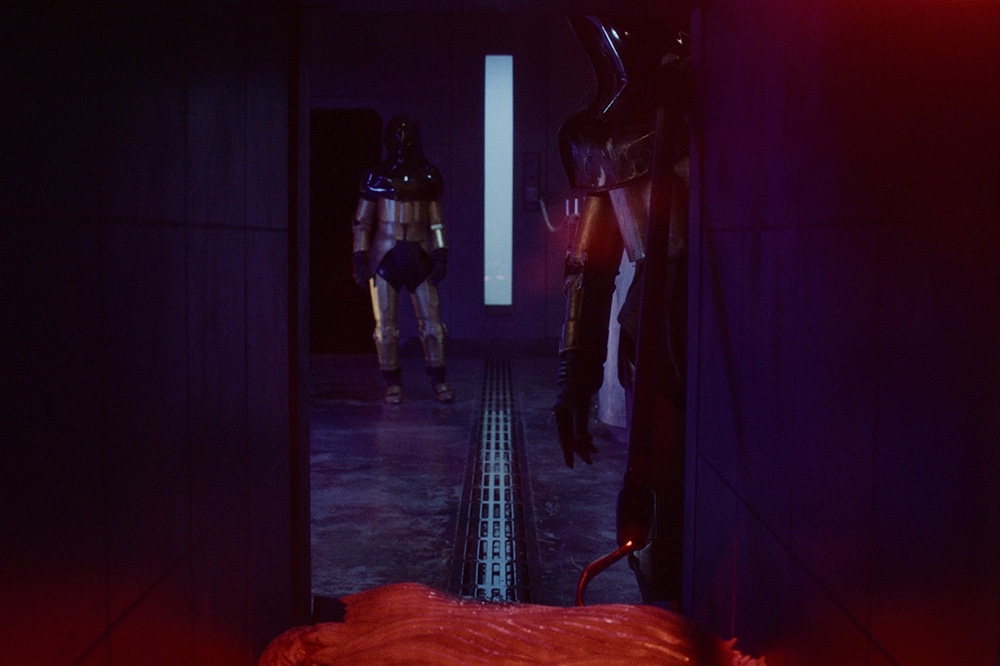 Fret’s past, shown through flashbacks, takes place almost entirely in the pristine, brightly lit, stark white setting of a medical research lab. It’s the kind of untainted, sanitized space that creates an illusion of total inoculation against the ugliness of the outside world.

In the present — trapped in a world of horrors above Fret’s sterile sanctuary — the containment center has a dim, dark, almost steampunk aesthetic.

Shot in a tight aspect ratio and bathed in a beautiful gold filter, Smith submerges us in an industrial nightmare — a twisted fusion of slimy organic matter and bundled tubes and machinery. It’s a life-suspending chamber that feels more like a hellish tomb.

Outside the containment units, workers in metallic suits silently lumber around shifting pods to a chorus of ghastly screams, leaving us to ponder the awful fate of pod inhabitants deemed too far gone to save.

The infection itself is of a particularly nasty breed. Though Fret insists it’s not a marine coral, the fungal infection dubbed Coral certainly resembles exactly that with its shell-like colonies that attach to human skin, rapidly spreading across the body before ultimately burrowing deeper to cut off its host’s blood supply and take over.

The infected are rounded up for quarantine at a place referred to as The Vault where Fret works.

We’re shown heartbreaking scenes of young children locked behind reinforced glass, isolated from the outside world and the comfort of human affection. Their only coping mechanism is the hope that maybe tomorrow will be the day they are finally released from their prison, while Fret carries the painful knowledge that tomorrow may never come. It’s a sobering metaphor for the realities of quarantine and isolation.

Around the midpoint, Fret breaks free from her Tin prison.

We arrive at a distinctive and disorienting second act that recollects early Cronenbergian body horror while tackling themes of transformation and the frailty of human nature. 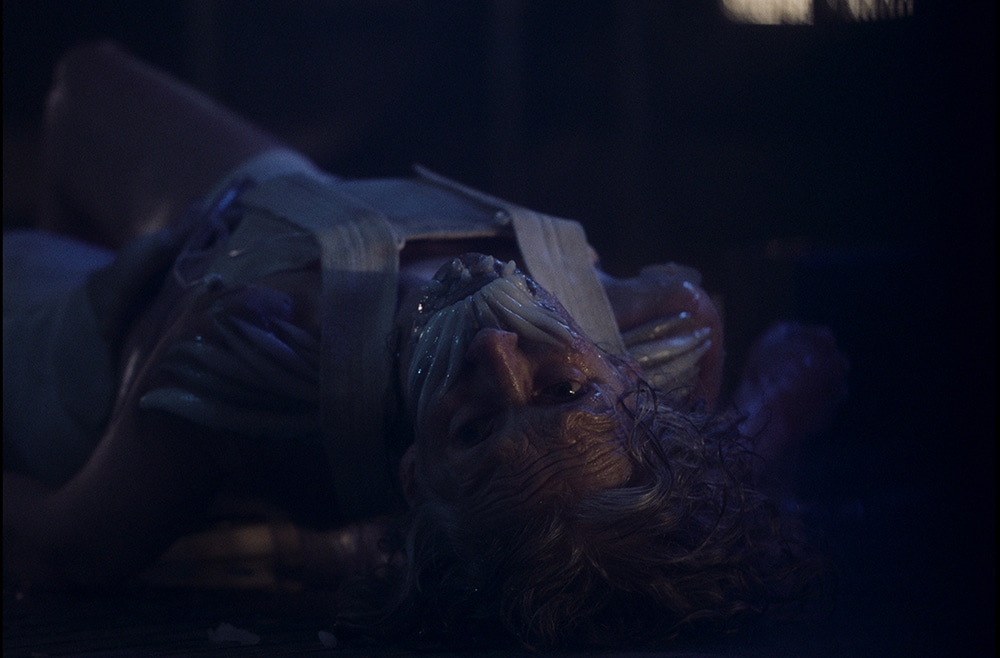 Fleshed out character development by way of flashbacks helps answer questions established in the first act, and the answers are even more vexing than the anxiety-inducing query.

In one flashback scene, John brags to Fret about the triumph of Man and our ability to overcome any obstacles that have arisen throughout history. From famine to plagues, to world wars and natural disasters; somehow, we endure. It’s a testament to the ingenuity of our brilliant minds and our highly evolved survival instincts.

But Tin Can asks us to ponder, what if the cure is worse than the disease? And what if there’s nothing of sub