Doing so much with so little, “Scare Me” is an unmistakable gem of a film; funny, endearing, surprising, original, and wildly entertaining.

This may well be my favorite movie of the last couple of years. It’s really, really sharp,witty and so endearing. And, it does one of the hardest tricks in the book. It takes a very small cast, basically one set, and holds your attention from beginning to end — keeping you engaged and invested.

Not many movies can accomplish that, but Josh Ruben’s Scare Me is in a league of its own.

Wannabe writer Fred Banks, played by director Josh Ruben, is going through a messy break up. He takes a break at secluded Catskills cabin to clear his head and work on his idea for a werewolf story.

After settling in, he goes for a jog and meets Fanny, portrayed by the always incredible Aya Cash. During an awkward conversation, Fred learns that Fanny is also a writer. Indeed, she is the best-selling author of the horror book “Venus”, a zombie outbreak story with gender politics as its subtext.

As fate would have it, Fanny is also staying at a nearby cabin to work on story ideas. The pair part ways, and Fred tries to overcome his crippling and writer’s block and his jealousy over Fanny’s career success.

As night falls, a thunderstorm causes a power outage. Fanny, feeling bored, visits Fred at his cabin with the idea that they tell each other scary stories to pass the time. Fred is reluctant, but Fanny cajoles him into it. Thus Fred, with the help of a generous amount of booze, starts telling her his werewolf story idea.

Initially, fanny is unimpressed. But after egging him on, he really starts to get into it.

At this point, the movie truly takes off. 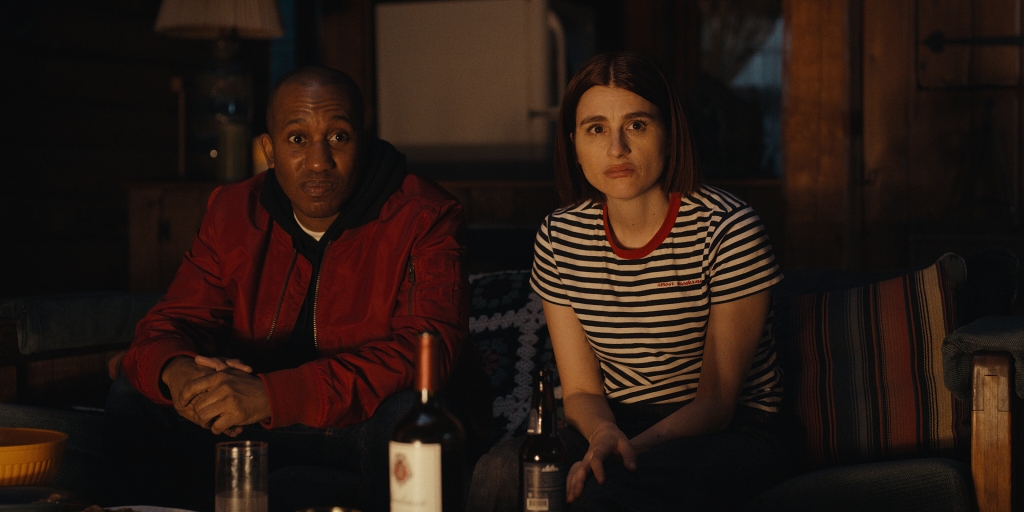 At its heart, the film is really just a series of campfire tales. But the storytellers act the tales out, developing the ideas as they go, and it’s absolutely wonderful.

Fred’s werewolf story is followed by Fanny, who has none of Fred’s reluctance getting into the spirit of acting out the tale. She tells the story of ‘Grandpa’ — flexing her chops as a writer by including all the details and subtle scene-setting that Fred so struggled with in his story. Fanny’s tale is rich and fulfilling.

After sharing her story, Fanny decides she is hungry and orders pizza. While they are waiting for the delivery, they join forces to tell the next story, which evolves from a simple idea and picks up the pace as it goes. Towards the end of the story, it’s obvious that Fred is kind of falling for Fanny, and honestly, I can’t blame him. She is kooky and derpy; a fucking delight.

Fred is really getting into the spirit of the night. Thus, his disappointment is palpable when the pizza arrives and the delivery guy Carlos (the wonderful Chris Redd) turns out to be a fan of Fanny’s book. This leads to Fanny inviting him to stay and participate in their storytelling.

The trio stage the next story about a singer who sells her soul to the devil, which includes an amazing musical number that had me snort laughing.

After Carlos departs, we get to the final act of the film, which has a somewhat predictable twist.

However, that in no way ruins what is a charming, funny incredibly well-acted, and well-directed movie with a fantastic storyline. 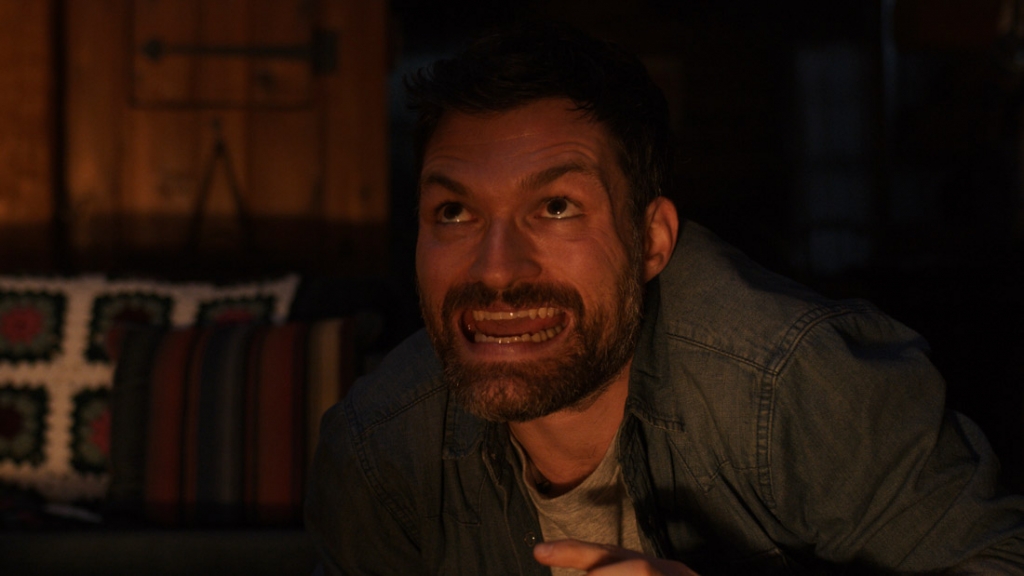 Rubens uses the stories within the movie and the dialogue to make sure we know that Fanny is a strong woman and a feminist, which will be important at the end of the movie.

The script is littered with references and homages to Stephen King stories and is full of wit so sharp it cuts.

It’s a genius piece of writing, pulled off to perfection by the cast. The way the movie is shot, the lighting, the score, and the sound design all add to the film. I honestly can’t think of one thing I’d like to see changed.

Scare Me is an absolute delight and perfect for all those horror fans that bemoan the proliferation of heavy, cerebral horror. If your goal is to sit back, relax, and be reminded about everything you love about the genre, Scare Me is a must watch.

Overall Rating (Out of 5 Butterflies): 5
MORBID MINI
No offense to heady horror, but sometimes, it’s really good to be reminded that movies are supposed to be an escape. There’s nothing wrong with a film that wants nothing more than to make you have a damn good time. Scare Me invites us along for a riotous ride and delivers on its promise of fun in spades. It’s absolutely joyful and one of my favorite in recent years. I can’t recommend this enough. And, if after watching, anyone wants to join me for some interactive campfire stories, I’m totally down for it!