From his early life dedicated to service to his country to his decades long career in film and television, we remember the legendary R. Lee Ermey. 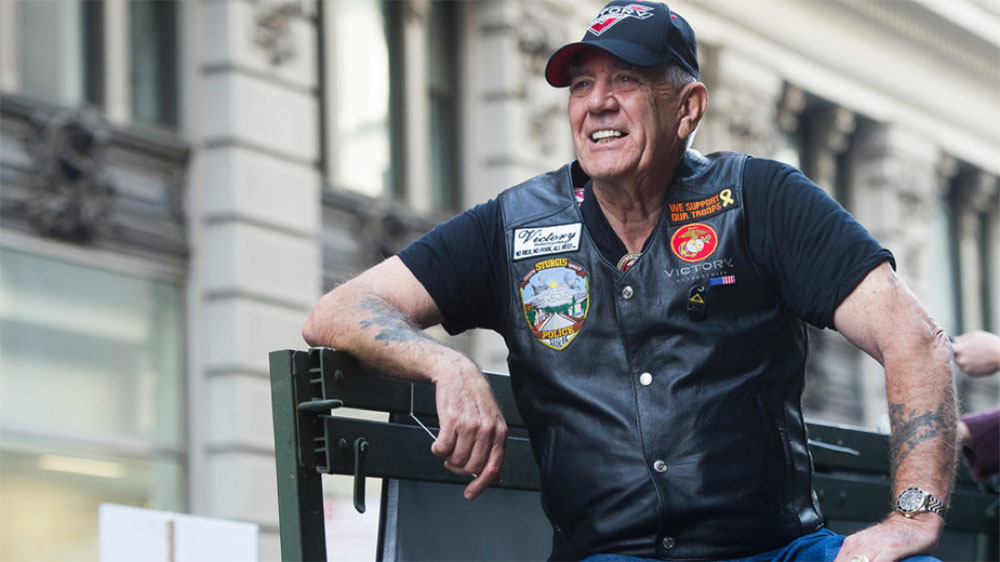 In this month’s edition of Monster’s Toy Box, we’re taking a look at the life and career of the late, legendary actor, R. Lee Ermey. One of the most influential and beloved actors of his time, Ermey delivered nothing short of amazing performance after amazing performance, a career spanning over five decades.

Ronald Lee Ermey was born on March 24, 1944, to John Edward and Betty Ermey, in the small town of Emporia, Kansas. In 1958, the family uprooted, moving clear across country to the even smaller town of Zillah, Washington. Ermey was around fourteen at the time of their departure.

As a teenager, Ermey was no stranger to trouble, often finding himself in scrapes with the local law enforcement. By the age of seventeen, he’d been arrested twice for criminal mischief. Upon his second infraction, the judge gave him a choice between two options. The first; serve jail time for his actions, the second; join the military. 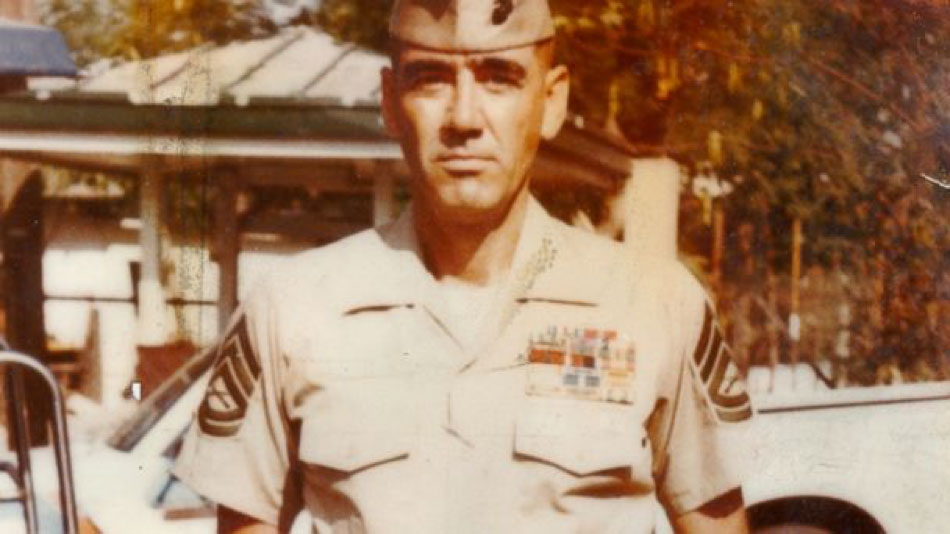 Wanting to better his life rather than continuing down the destructive path, Ermey ultimately chose the United Sates Marine Corps, where he’d serve his country for the next eleven years. In 1965, Ermey ascended up the ranks, becoming a drill instructor in India Company, 3rd Recruit Training Battalion at the Marine Corps Recruit Depot in San Diego, where he was stationed until 1967.

In 1968, Ermey served fourteen months in Vietnam, before finishing out his remaining two years of deployment in Okinawa, Japan. Just a few years later, in 1972, Ermey was medically discharged from the Marines as a direct result from injuries he sustained during his tenure. Due to his medical disabilities, he retired with the rank of Staff Sergeant. In 2002, he was bestowed the position of honorary gunnery sergeant.

A STAR IS BORN

After being discharged from the Marines Corps, Ermey took a shot at attending college, studying criminology and drama at the University of Manila in the Philippines. From there, he got his start picking up several roles in Filipino films, before landing his first real spot in the 1978 film, The Boys in Company C. A year later, Ermey emerged in his first major role as a helicopter pilot in the legendary 1979 film, Apocalypse Now. 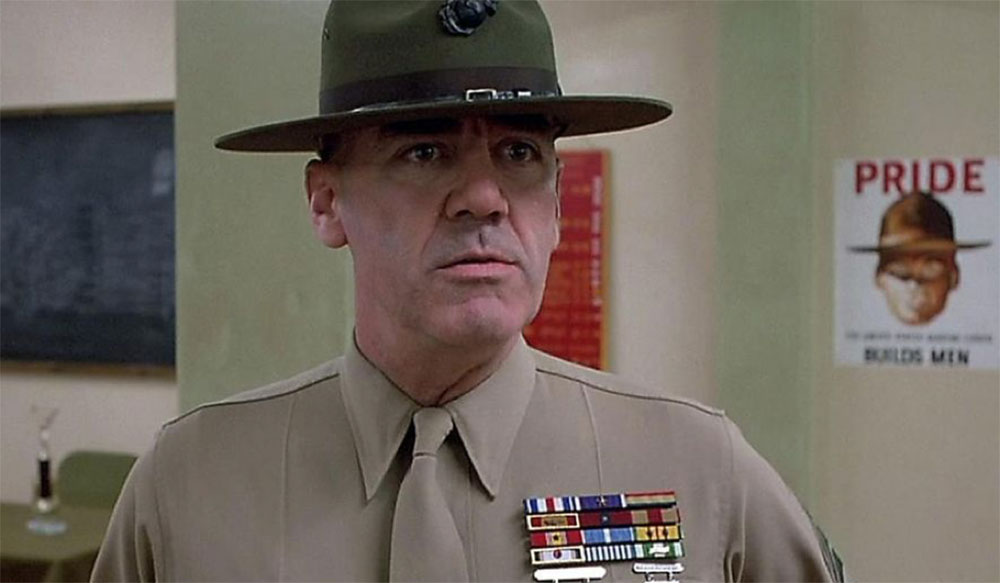 Following that, he played a character in the horror comedy titled Up from the Depths about a giant shark like creature that attacks a tourist community in Hawaii. His next film, a Vietnam War drama called Purple Hearts, found Ermey playing the fitting character of Gunny for the first time. Little did he know, his next film would catapult his name into the spotlight.

Taking a job as a technical advisor on the set of Stanley Kubrick’s powerhouse film Full Metal Jacket would eventually lead to a legendary, skyrocketing career.

After submitting an instructional tape where he gave some extras a thorough tongue lashing, Ermey was cast in the role of drill instructor Gunnery Sergeant Hartman, beating out the original actor who had first procured the role. Ermey would later receive a Golden Globe nomination for best supporting actor for his work on the film. 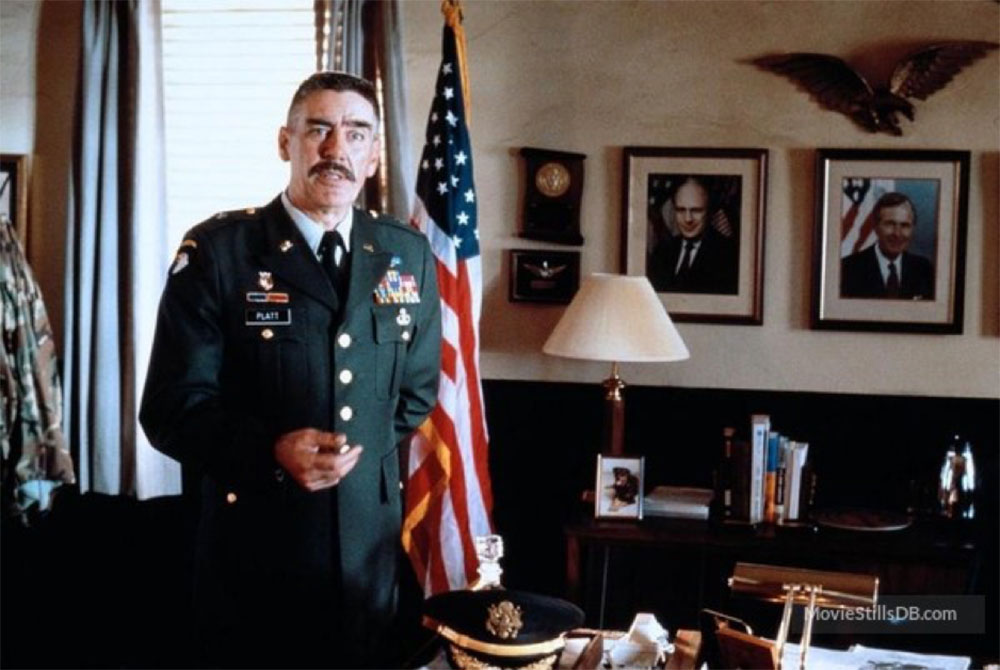 He would eventually go on to play a drill instructor or authority figure, in some form or another, in a number of television shows and films. He even did some voice work now and then, such as that of the warden in the Family Guy episode titled “Grumpy Old Man”. He also worked on a few episodes of The Simpsons, playing the voice of Colonel Leslie Hapablap, and he was cast as the voice of Sarge in the hit film Toy Story.

He even made his way into the horror genre for a spell, again playing the role of a ghost drill instructor in Peter Jackson’s classic film, The Frighteners.

His additional work in the horror genre includes television shows like Tales from the Crypt, where he played a Sheriff in Episode 9 of the Sixth Season titled “Staired in Horror”, and Episode 11 of Season 3 of The X-Files, where he played the character of Reverend Patrick Findley.

Unbeknownst to most, the character of Sgt Hiles in the film The Frighteners, was actually a parody of his character Gunnery Sergeant Hartman in Full Metal Jacket. Also, his portrayal of Sheriff Hoyt in The Texas Chainsaw Massacre films was simply mad. It was if he was born to play that role. The scene where they are wrapping up the body in the back of the van is absolutely unforgettable. He fit the character to a T, which was tough to do following the original work of Jim Siedow as the head of the household.

Ermey’s work in the horror genre was extensive and harrowing to say the very least. His screen work in general was deeply heartfelt and inspirationally marvelous. He brought integrity and a realness to each and every character he took on. He exuded power. He was a commanding presence and an engrossing and prominent figure in the film industry. He was one of a kind. 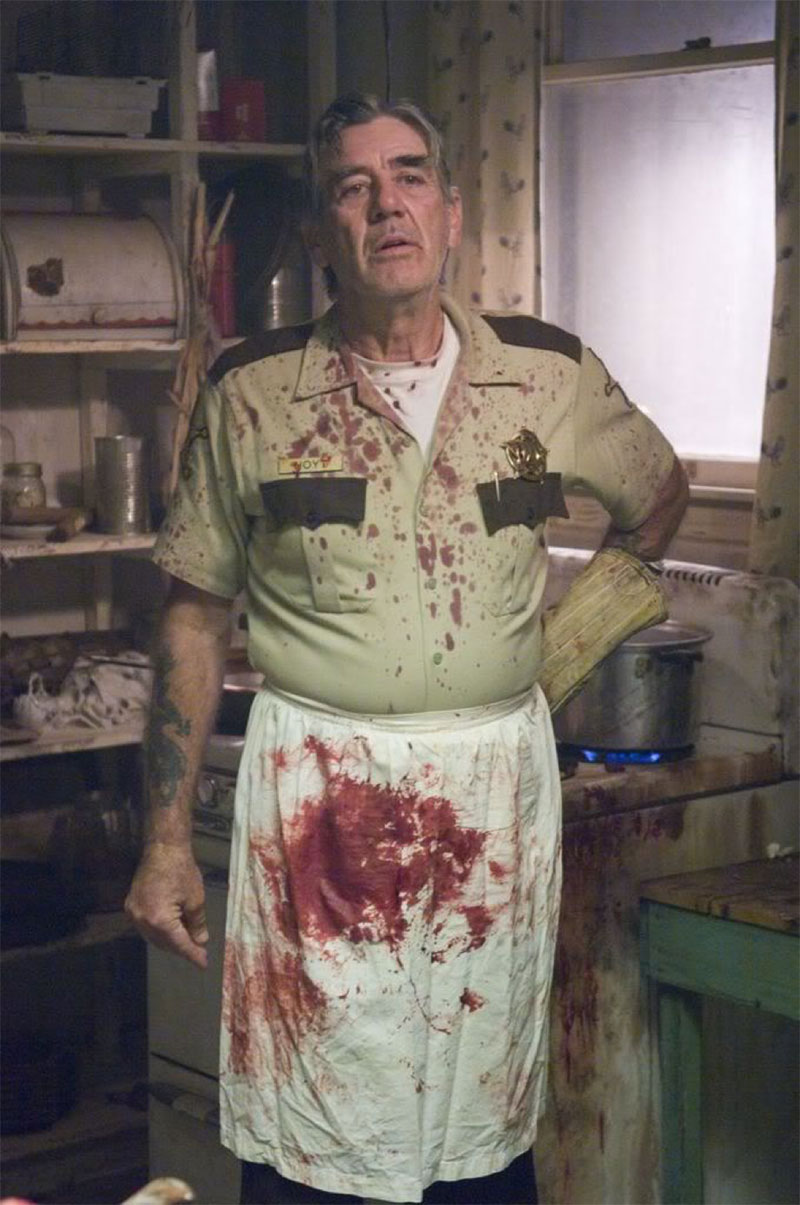 Ermey had hosted a few television shows of his own as well, in which he stared as himself. Mail Call (2002) was a show in which Ermey answered viewer’s questions about modern and historical military issues. He also hosted the show Lock n’ Load (2009), where he took a look at the development of different types of weaponry. He was also a highly respected board member for the NRA (National Rifle Association).

Unfortunately, after going on a tirade about the president and political issues surrounding the POTUS at the time, Ermey was virtually blackballed by Hollywood for his beliefs. Ultimately, he was fired from the company GEICO for his political outlook and for denouncing the Obama administrations economic policies, to which he apologized for later. It was nearly impossible for him to find screen time after the event.