Review From the Rochester Premier of #Screamers

#Screamers is a surprisingly smart found footage film that delivers some genuine scares — one that is definitely worth a watch in spite of its flaws. 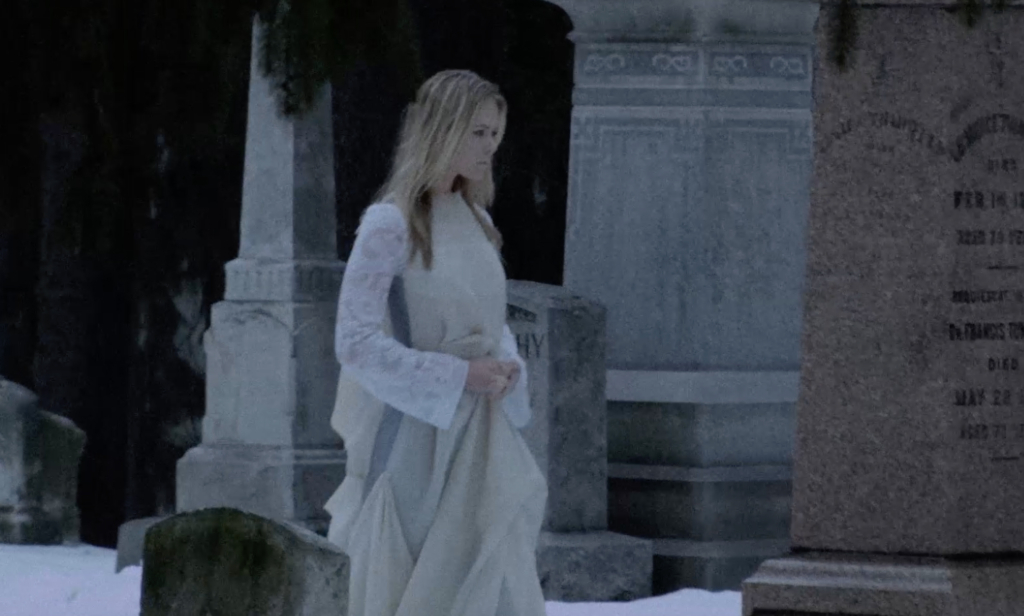 #Screamers (2016) — directed by Dean Matthew Ronalds, written by Tom Malloy and Dean Matthew Ronalds, and starring Tom Malloy, Chris Bannow, Griffin Matthews and Emanuela Galliussi — is a found-footage horror film shot in and around the Rochester area. The film features an extremely frightening (not to mention loud) killer, a gaggle of geeks intent on discovering the truth, and a woman who may be a missing person.

What starts out as an innocuous interoffice documentary takes a dark and disturbing turn when two short films are submitted to gigaler.com, a website that has come under scrutiny for its intrusive means of curating content for its customers.

The videos purport to be real snuff films and show a woman in a white dress walking through a cemetery. The cemetery in question is the cemetery where my dad works as a gravedigger, and it just so happens that he saw one of the cemetery scenes being shot. That night, he came home and told me that some people were shooting what he thought was a horror film over at the gravesite of Jack the Ripper suspect, Francis Tumblety. 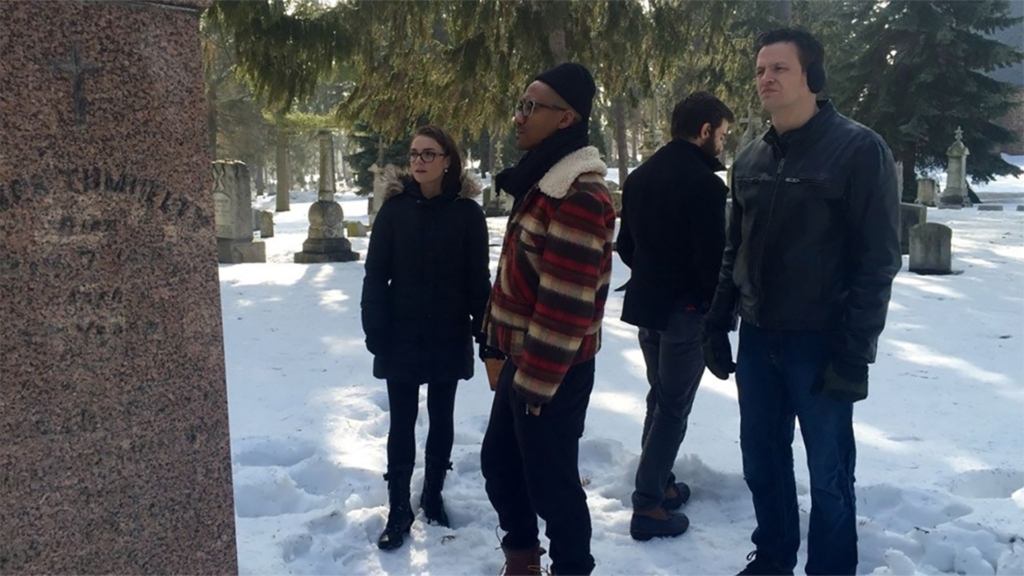 I immediately began searching for clues regarding any horror film being shot in Holy Sepulchre Cemetery. However, I came up dry — until recently, when my friend and fellow reviewer Josh happened to see an advertisement for the Rochester premier of #Screamers.

I instantly knew this was the film I had been looking for. In fact, when I heard who had written it and how much coverage it had gotten, I was amazed I hadn’t come across it earlier in my search. Regardless, I had a great time seeing #Screamers with Josh. While by no means the best found footage film I’ve seen, it is definitely up there.

The film was scary and smart, and it brought up timely questions about privacy, specifically on the Internet.

What’s more, it took the “jump scare” and worked it (effectively) into its plot. These strengths (minus the fact that it was shot in my hometown) help make up for the film’s narrative shortcomings. 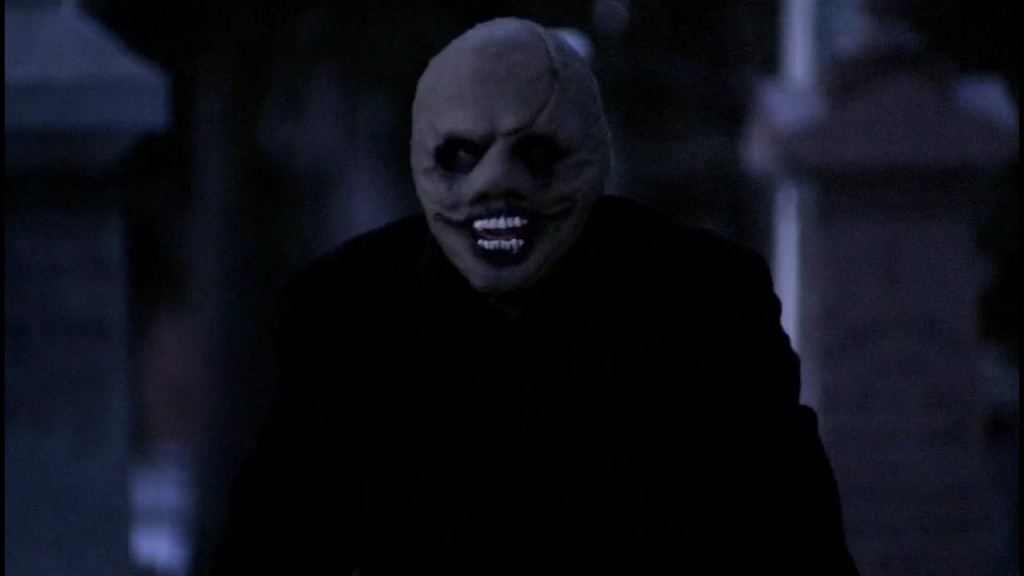 After the film concluded, a Q&A was held with writer and actor Tom Malloy. After hearing him speak about the making of #Screamers, I am even more inclined to give some of the film’s flaws a pass. I was especially interested to learn that the majority of the film was not scripted. When shooting, the actors ad libbed most of their lines which, while done quite well, most likely contributed to some of the more illogical aspects of the film.

During the Q&A, I asked Tom if he had noticed a man in green (the color all Holy Sepulchre grounds crew are required to wear) watching the crew film the cemetery scenes. After up a brief pause, he said he had not. I explained how my dad works at the cemetery where the film was shot, and how he saw them shooting while patrolling the grounds. 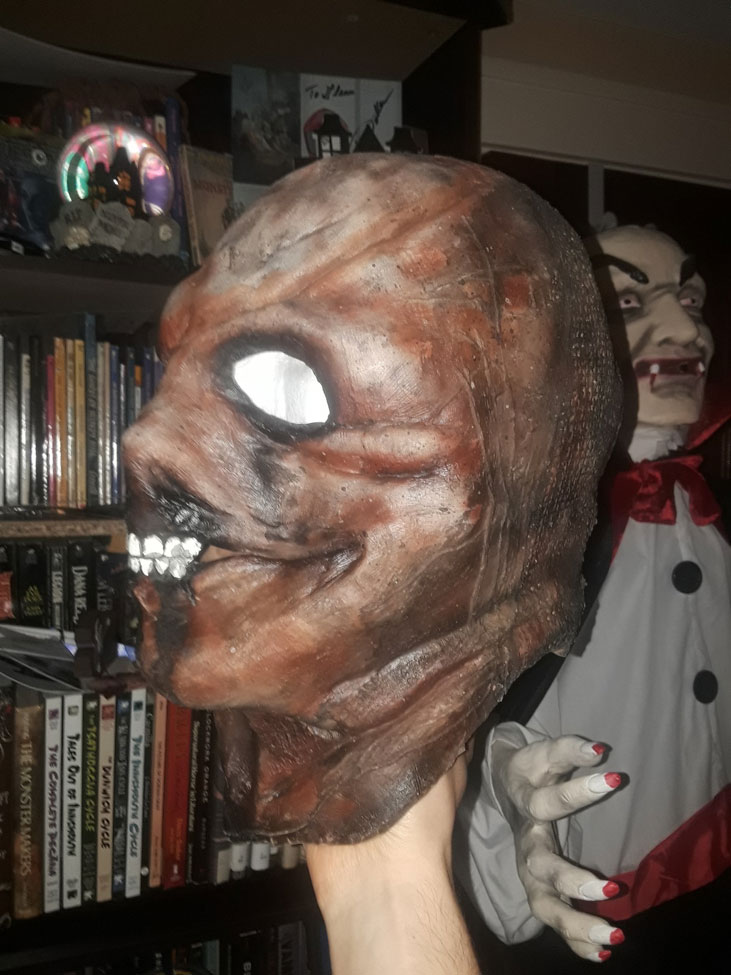 Josh went and got the mask, and once we were back home, we spent a tense hour bartering and battling for ownership of it. I eventually won and had the pleasure of adding it (and the signed poster I got after the contest) to my collection. 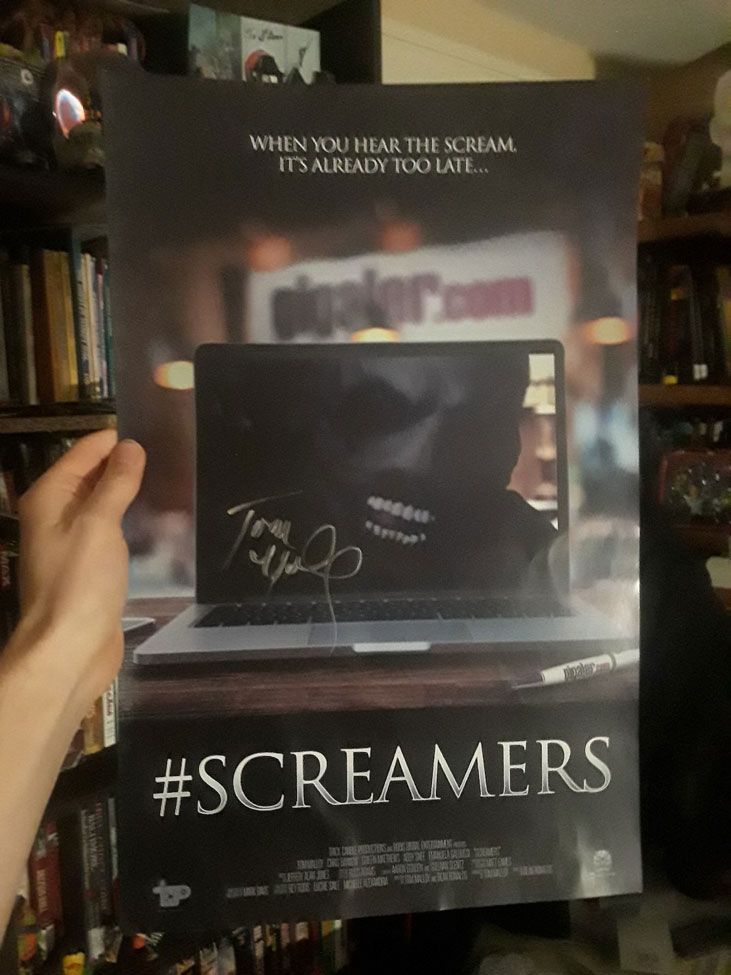 #Screamers may not be perfect, but it is certainly a film worth screaming about!