“Esme, My Love” is an unflinching and frequently unfathomable rumination on the complicated relationships between mothers and daughters.

One of the great facets of horror, more so than many other genres, is that it allows storytellers to examine interpersonal relationships uniquely, with the familial drama unfolding under the microscope as the overarching terror plays out in the background.

That same terror is oftentimes the catalyst for reconciliation, forcing the film’s protagonists to slay their figurative demons before moving on to the literal ones.

Esme, My Love attempts something a little different within that conceit, stripping away the blatant horror and replacing it with an unceasing sense of dread and inadequacy.

For the most part, it’s a gamble that pays off. However, leaning too far into the complex and obscure ultimately robs the film of its crown, relegating it to being good rather than great.

Esme, My Love is, at the time of this writing, the most divisive film I’ve seen this year. The trailer is exquisite. The performances (from a cast of two) are outstanding. The score is incredible. The cinematography is top-notch.

Everything about the movie screams quality, and I firmly expected it to cement itself as an instant classic. Hell, I would have bet paper money on that outcome.

There is quite a fine line of distinction between being strange and heady versus being overly incomprehensible. 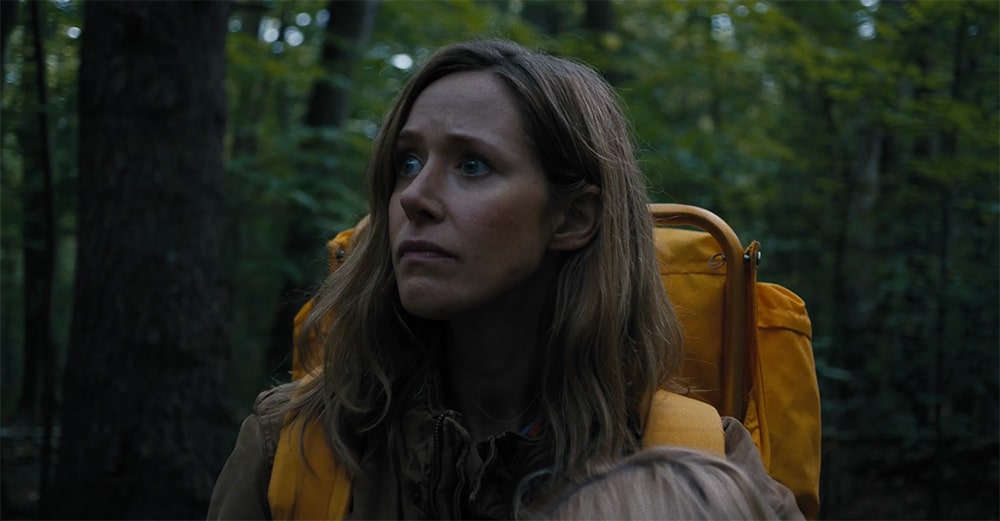 Donnie Darko, for example, lies firmly in the first camp. Yes, it unfurled in intricate ways, but the story concluded in such a way that all of the bizarro elements coalesced into a cohesive whole.

Unfortunately, Esme, My Love lands squarely in the second camp and never really tries to extricate itself from the mire.

What starts out as an intimate and lowkey affair quickly devolves into a largely impenetrable mess, one which squanders most of the goodwill that was established upfront.

This is an unfortunate outcome, as the first third of the movie (in addition to all the accolades mentioned above) is a masterwork of ratcheting tension and uneasy atmosphere. Both actresses bring their A-game, fully investing in the characters and their plight. Emotions seem unfeigned, which go a long way in pulling the viewer in.

Why does Esme’s mom have a huge knife? Why does she hide it? Why is Esme so fascinated with her double-glass mirror and the duality it seems to show?

As called out before, all of the prerequisites were there.

IMDb has the film’s synopsis as follows:

When Hannah notices the symptoms of a terminal and painful illness in her aloof daughter, Esme, she decides to take her on a trip to their abandoned family farm in a desperate attempt to connect before they have to say goodbye.

Not only is that a long-ass sentence, but it’s also more detail about the film than the movie itself actually provides.

For the first third, at least, viewers need to pay close attention.

Information is doled out sparingly, usually with an off-hand comment or a single remark doing the heavy lifting. Exposition is frustratingly rare (and this from a guy who doesn’t like a whole lot of “explaining” in movies).

I can’t really call Esme, My Love an arthouse piece, but it sure does come close at times. Confoundingly so.

While Esme, My Love may be director Cory Choy’s first feature-length film, he’s been in the business for a while now, providing sound design/editing for over 150 films and projects. He also shares writing duties with Laura Allen in her feature-length debut as well.

There are many women spearheading this movie, both in front of and behind the camera, which I think is fantastic. After all, it’s a story about the relationship between a mother and daughter. Practical experience with the subject matter is mandatory. And I love how inclusivity is growing and growing in multiple areas, including film.

This makes it incredibly frustrating not to love this movie.

Stacey Weckstein as Hannah, and Audrey Grace Marshall as Esme, are phenomenal thespians and truly elevate this film simply by their performances alone. 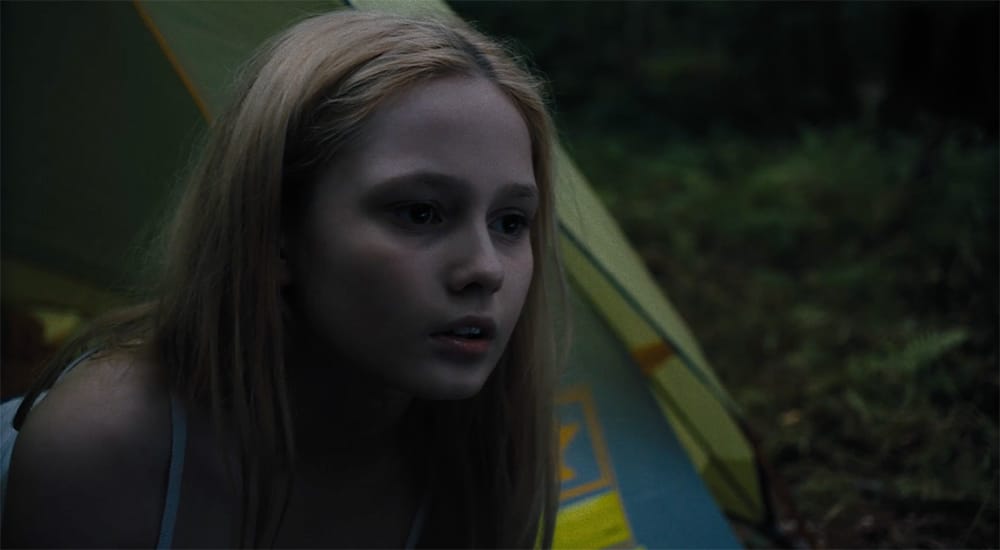 I’m generally leery about child actors, but Audrey is a singularly gifted performer, running the gamut of emotions with ease. She is one to watch for sure.

And for Hannah, Stacey imbues her with just the right levels of love, exasperation, and worry to come across as an actual mother.

Too many films try to make moms either completely perfect or completely incompetent. The truth, with most parents, lies somewhere in the middle, and Esme, My Love hits that nail squarely on the head. Their rapport is palpable, but so is their frustration with each other.

They made it very easy to believe in their familial ties. It cannot be emphasized enough…both of these ladies have bright futures ahead of them.

As mentioned earlier, the technical aspects are solid. This is one good-looking AND good-sounding movie. The location scout knocked it out of the park, and cinematographer Fletcher Wolfe wrings emotion and beauty out of each and every frame.

Cory Choy also did the sound mixing and editing; the audio and music are as clear and captivating as one would expect, given his expansive resume.

Unfortunately, great performances and technical expertise are not enough to keep Esme, My Love from faltering about halfway through. Once the movie goes off the rails, our two leads rarely spend time on-screen together, to the detriment of the narrative. Little to nothing gets explained, and there are whole swaths where the characters are lost in their own private bubbles.

While great in theory, this does not make for the most compelling of scenes to watch.

Challenging the audience is one thing; confusing the hell out of them is quite another entirely.

That’s probably part of the point, pointing out the near impenetrable and ever-shifting dynamic between a mother and a daughter.

Metaphors are great, and perhaps this one was simply a little too outside of my wheelhouse to make much sense. But I have children, too, and while the rules may change as they get older, the parenting gig still makes more sense than this film did.

I keep wavering between a two and a three-star rating.

It’s not a bad movie by any means, but it’s hard not to be frustrated by what could have been. The strong performances and competent technical aspects keep Esme, My Love afloat, but the film also insists on getting in its own way.

I genuinely wanted to love this movie, but it landed firmly in the “like” column for me.

Stay tuned to the film’s website at www.esmemylove.com for screening opportunities.