Posted by:
Tags:  A Nightmare on Elm Street Candyman film Ginger Snaps Hellraiser Movies Screenplay Seven The Blair Witch Project The Silence of the Lambs The Sixth Sense The Strangers When a Stranger Calls Writing

Imagery and sounds create the atmosphere we love, but the dialogue can be just as chilling — and a few well chosen words can create horror history. 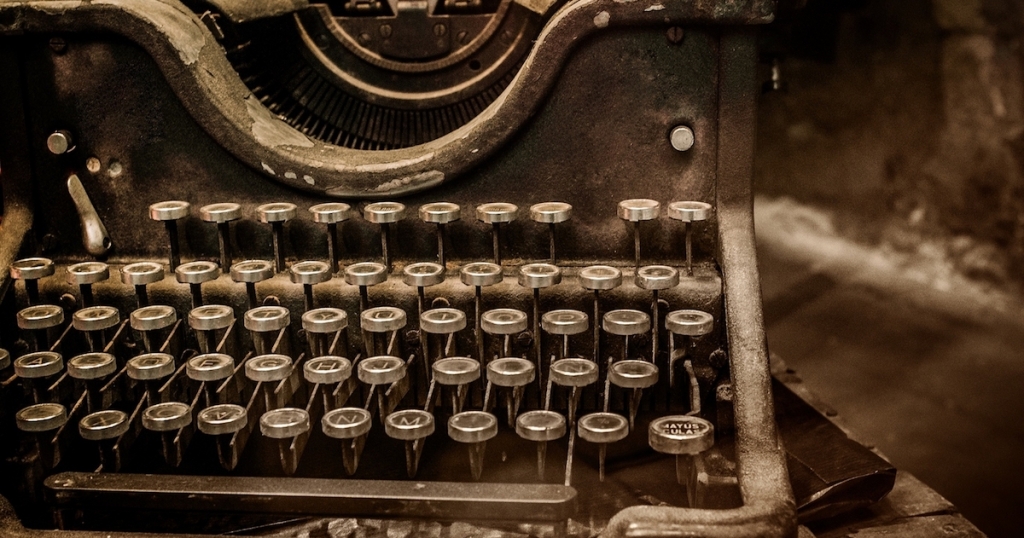 A dark and stormy night. Heavy fog rolling across a graveyard illuminated by a full moon. The sound of stairs creaking or a distant wolf howl. Film is a visual medium, and for most of its existence an audio one as well. Horror films have always relied heavily on striking visuals and hair raising sounds to create a spooky and unsettling atmosphere to keep viewers on the edge of their seats.

From seeing Nosferatu rise from his coffin to hearing Regan’s ragged breathing in The Exorcist, visuals and sounds have been inducing nightmares for decades. But sometimes dialogue can be just as chilling as any scary sight or mysterious sound.

Below is a list of spoken words that immediately strike fear into the hearts of viewers or create instant unease. Because while seeing a ghost or hearing a bump in the night can be scary, nothing is as frightening as hearing the fear, or the evil, in another person’s voice. 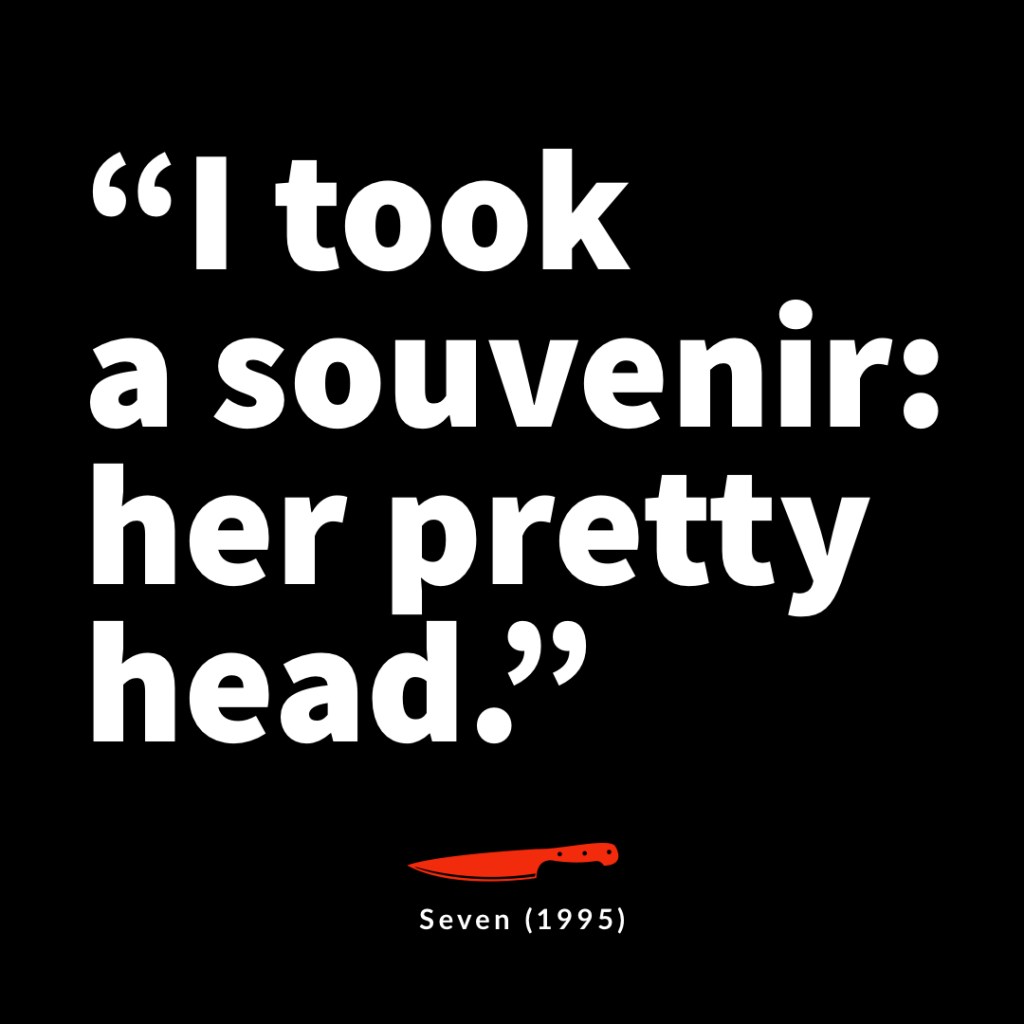 There are several, extremely unsettling things being communicated in this statement. First is the use of the word ‘souvenir’, which implies a memento as a means to remember an occasion. The fact that he took a woman’s head is sickening enough. But he did more than simply take her head here. He took it as a token, a souvenir to remember what it was he did to her before he took her head.

And if he’s willing to remove a woman’s head from her body, (a severed head he still refers to as “pretty” by the way), imagine what he did to the woman before the decapitation. This dialogue says just as much as a statement as what it implies in the silence that follows. 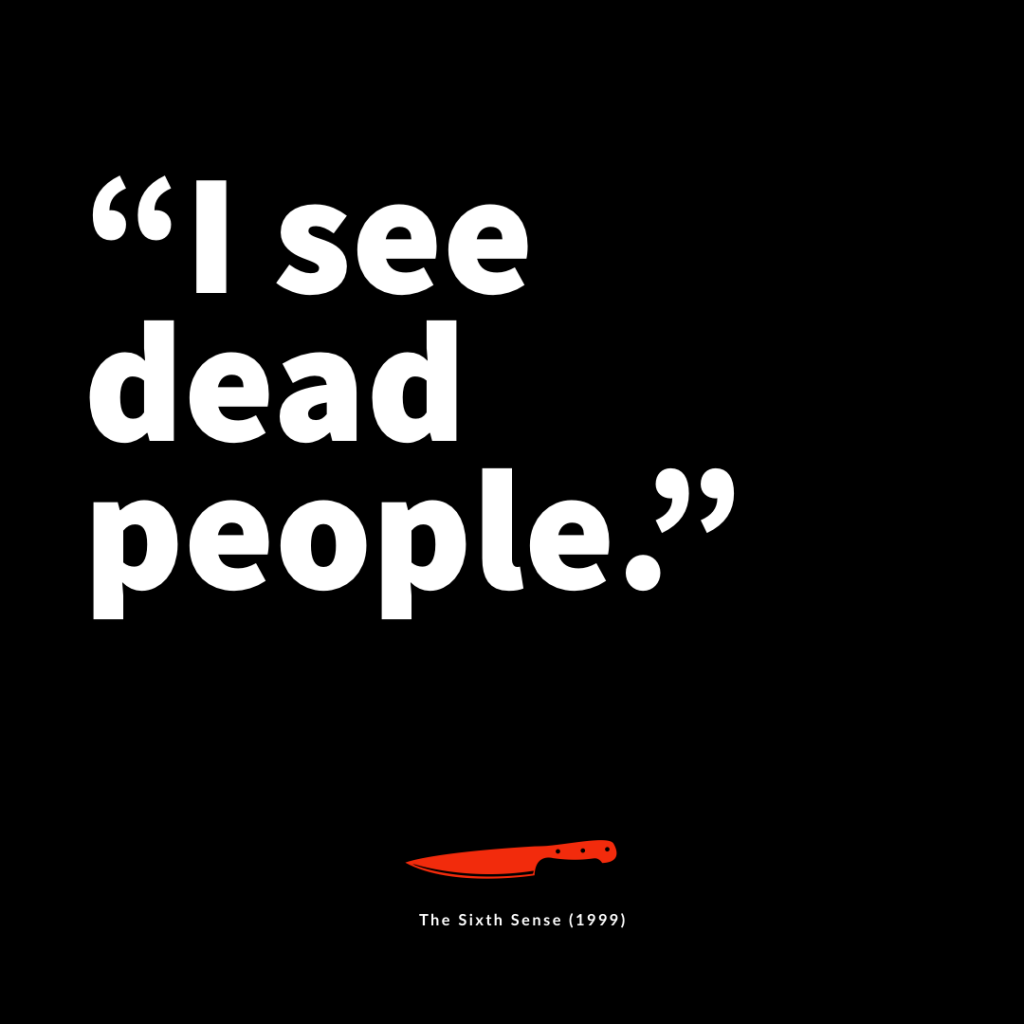 Writer M. Night Shyamalan could have said, “I see ghosts,” instead of “dead people.” But “dead people” has much more of a unknown factor and gut-punch here. The boy who sees these dead people has seen them long enough to know they aren’t ghosts. He knows they’re in between two worlds. And for a young boy to know that death can lead to existing in this trapped space must create an empty and terrifying existence.

He also lives with the fact that he is never alone. But unlike ghosts, he constantly sees these dead intruders coming in and out of his life. Ghosts are random, ghosts are rare. But for the boy who sees dead people, that’s a constant and frightening concept. All of these stakes and character development came from 4 expertly assembled words. 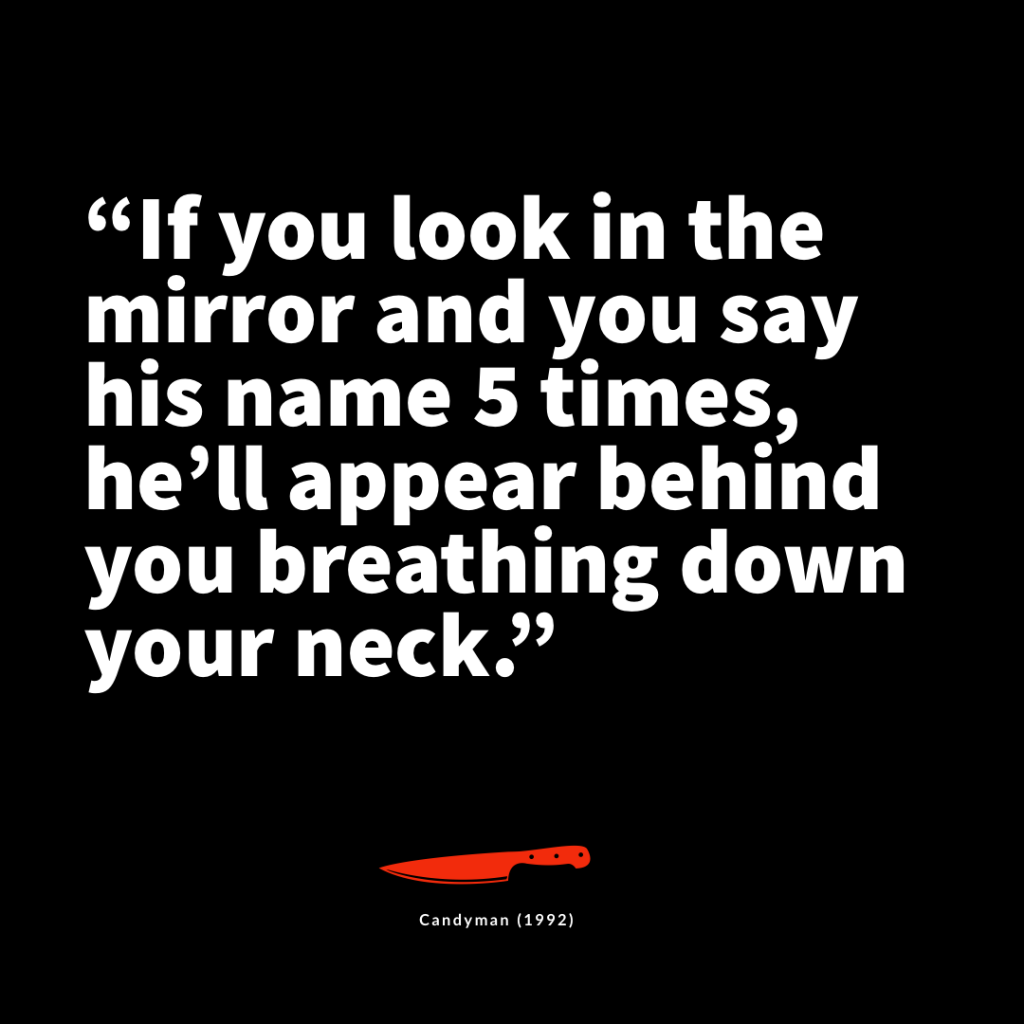 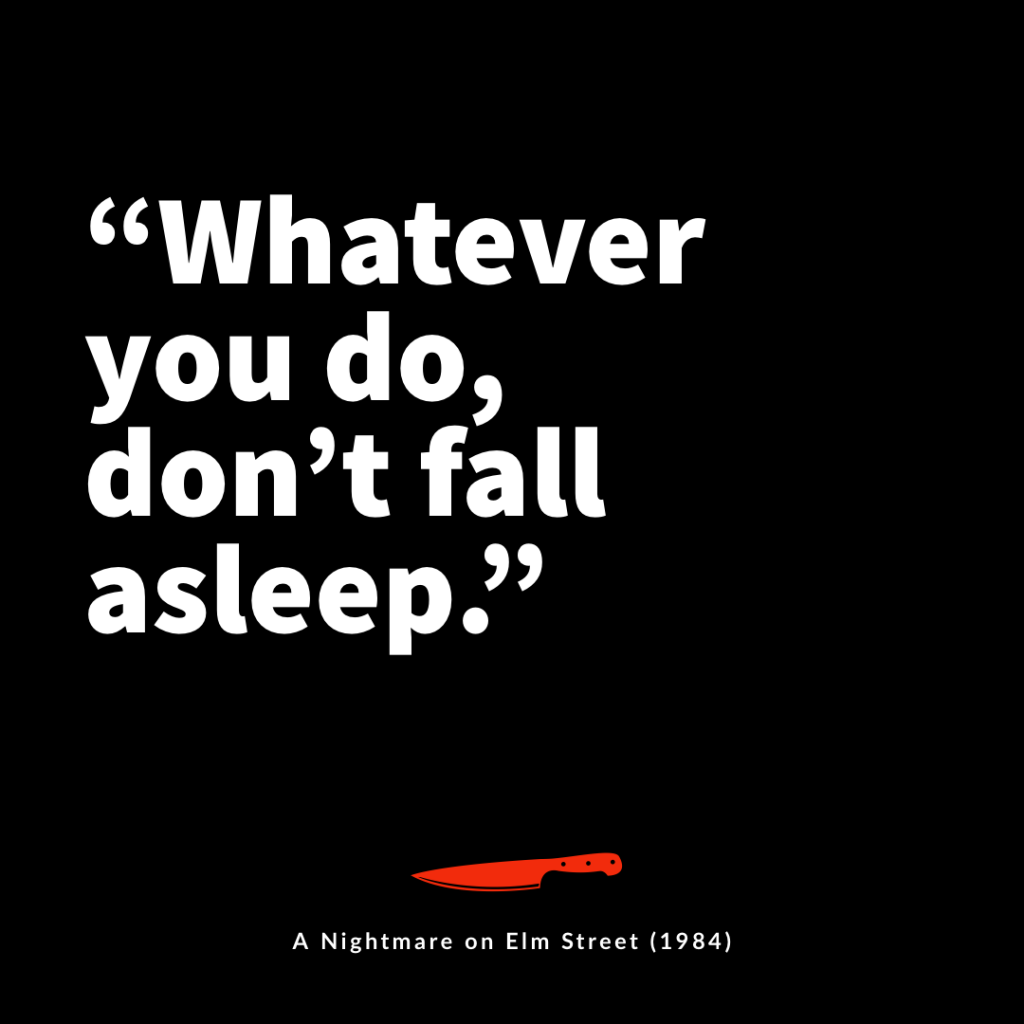 We’ve all been reading a book or watching a movie, fighting to keep our eyes open when…DARK, we involuntarily doze off. This is why this request not to fall asleep is so frightening, because it’s inevitable. The body will shut down and fall asleep at some point, and we all know what happens when sleep is coming. 1, 2 Freddy’s coming for you…

This dialogue creates fear because you know you will lose, and it’s only a matter of time before you encounter the sleep demon with the razors on his gloves. It’s also frightening because sleep feels so comforting, and it’s enticing to merely rest your eyes for a moment. That’s the moment the nursery rhyme usually finishes. 9, 10 never sleep again.