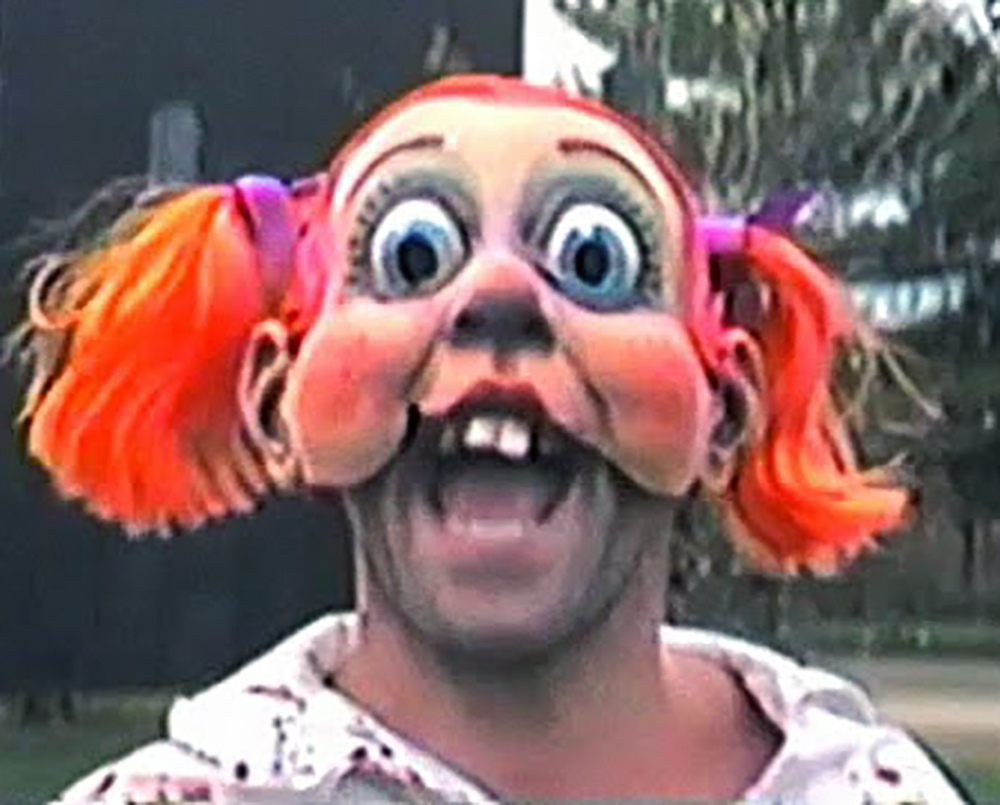 It all started with a gif that I discovered a year ago while feeling around in the bowels of the internet’s underground horror archives for some gem of no-budget brutality to review. The gif was of a strange individual sporting a weird little girl mask that half covered his face, gripping what looked like a decapitated and naked baby doll. The weird little girl mask had buck teeth, wide bulbous eyes and red pigtails sprouting on both sides.

Fast forward to a day ago and I discovered, by chance, the short horror flick from which this gif was made. The film is titled Redheaded Vengeance (1997), and is truly a sight to behold. But before I get into my review of this little homemade horror diamond, why don’t I let you, the reader, read the hilarious description that can be found below the film on YouTube… 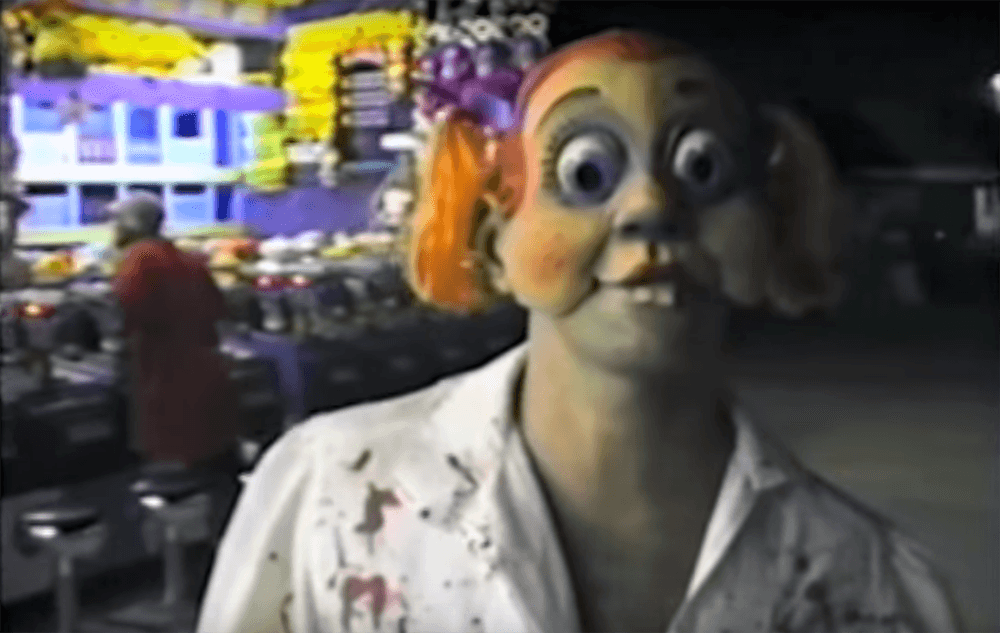 The Criterion Collection dismissed it as “a repugnant abomination crudely fashioned by mouth breathing lunatics” – but that’s only because they’re too damn stupid to understand it.

Redheaded Vengeance was shot sporadically in and around Columbus, Ohio between 1997-1999 with the original goal of creating a feature length movie. Much more footage exists than what’s seen in this 10 minute short.

The “budget” was probably something like $47.06. A single Memorex SM4300 VHS camera was used. Final editing was completed in 2009. Everyone involved gave all the blood, sweat, and tears they could afford to give with nothing in return but some good lulz. 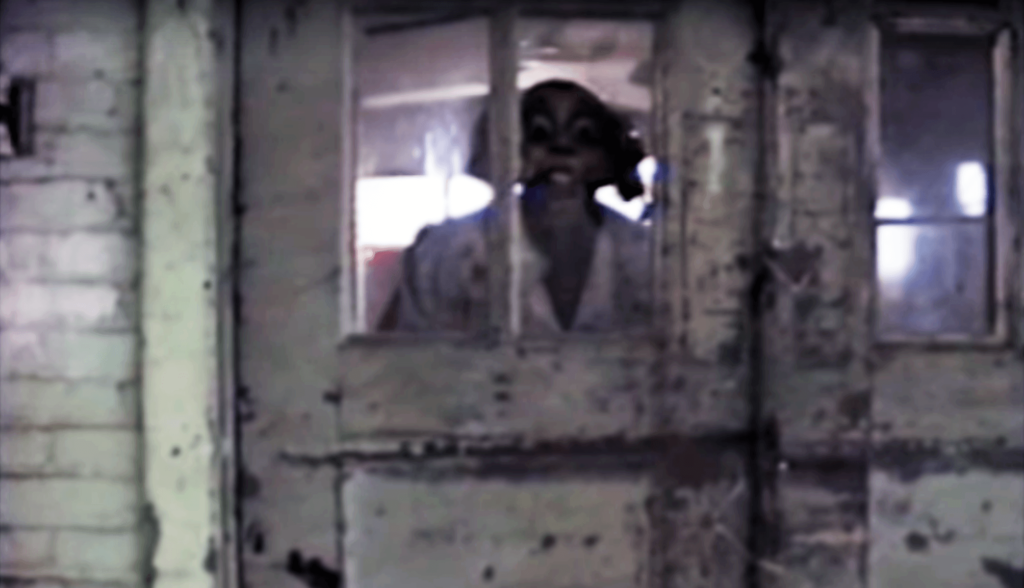 The film opens with the titular redheaded killer peeking from behind some manner of dilapidated wooden structure, screeching like a sea gull from hell, while charming music (the kind you might find on a kids PBS program) plays in the back ground. From there, surreal, fever dream insanity ensues.

There’s not much of a plot to be found in this 10 minute shot on video short, but I feel that one could argue that’s where the strength in this short lies. The scenes in Redheaded Vengeance serve as corner pieces to a puzzle whose remaining pieces have been lost (or in this case cut) but whose frame is still intact.

I’m fairly confident in the plot that this film frames, but without all the pieces there’s still room for speculation. This room for speculation makes Redheaded Vengeance much more interesting than your average deranged killer on the loose film. An opinion that I’m guessing the director, videographer, editor and writer of this film, (who in the credits goes by Robothare) would agree with.

Regardless, if this short is ever released on VHS, as I feel it should be (and or DVD and Blue Ray), I hope there’s an uncut version included, in addition to the final cut. While I feel, without seeing the cut scenes, that this film probably benefits from its cuts, I would still be very curious to see the film prior to being trimmed, if only to see if my piecing together of the plot is correct.

Check out the short film in question for yourself below: