A surprising, hidden gem on Shudder, “Dave Made a Maze” is a funny, whimsical, and wickedly smart film that deserves more attention. 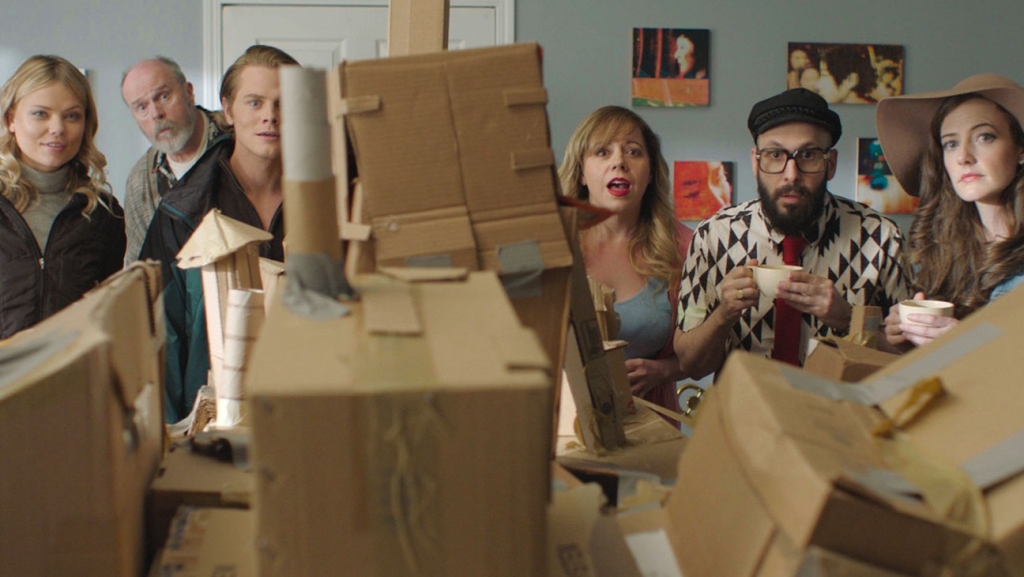 A couple of nights ago, I came off a long stint of night shifts over the holiday period and decided I needed a bit of movie therapy — a fun, not too deep movie to help me chill out and relax. A friend suggested Dave Made A Maze, currently streaming on Shudder. After reading the synopsis, I thought it might be exactly what I was looking for. I was not disappointed.

What I got was indeed a film that transported me into its world and kept me entertained from beginning to end. Surprisingly, however, I also got so much more.

Bill Watterson’s 2017 fantasy/comedy/action/horror film (wow, that’s a hell of a lot of genres to cover, right?) Dave Made A Maze takes a pretty simple premise and manages to expand on it in ingenious and thought-provoking ways. What we end up with is a movie that is funny and entertaining, while cleverly hiding and then slowly revealing some interesting layers and themes.

Annie (Meera Rohit Kumbhani) arrives home from a business trip to find a cardboard fort in the living room. As she enters the apartment, she hears her boyfriend Dave’s (Nick Thune) voice coming from inside the structure. Annie doesn’t seem that surprised to see this; she is more resigned than anything. But as the conversation progresses, she learns that Dave has been inside the cardboard construct for a few days, hasn’t eaten, and has hurt his hand.

He tells her his creation is actually a maze and is much bigger on the inside than it looks (think the TARDIS for you Doctor Who fans). 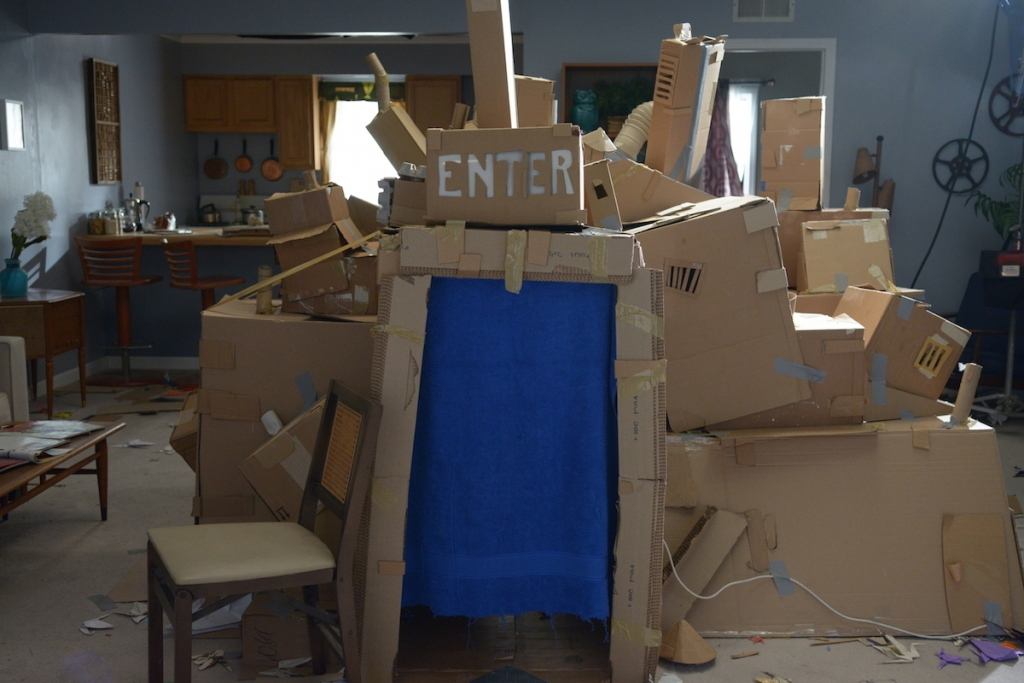 In fact, it’s so big on the inside that he’s managed to get lost deep within it.

Annie becomes more concerned and tries to help Dave get out by beginning to dismantle the boxes. As she shakes them, we hear a commotion coming from within the maze, and Dave franticly tells her to not try to break it apart. He also urges her not to come in after him, stressing that the maze is dangerous and riddled with booby traps.

Instead, Dave asks her to call their friend Gordon (Adam Busch) to see if he can help. When he arrives, much like Annie, he isn’t the slightest bit surprised to see a cardboard maze and hear that Dave is lost inside it (giving us a strong sense of just who Dave is and how he’s perceived). Gordon’s greeting to Dave is hilarious and immediately establishes that these two have a close, fun relationship and kind of just get each other.

After some discussion, Gordon calls a bunch more of their friends over, as well as a couple of random people — primarily to have a good laugh at the situation, which seems far more ridiculous than worrisome.

Included in the group is Harry (James Urbaniak), a filmmaker, along with his sound guy and cameraman. He immediately decides to make a documentary about the situation, and the movie cuts to views from the camera’s POV periodically from here on, giving it a charming film-within-a-film quality.

As Harry is trying to interview Annie and get a rise out of her, she has a conversation with Dave that convinces her that he is actually in trouble and she needs to go and fetch him out. The group accompanies her into the maze, and we see that it is indeed much, much larger than can be explained from the size of the outer structure.

It’s at this point we get to one of the wonderful elements of this movie, which include creative and captivating use of puppetry, time-lapse, and cardboard modeling to accomplish the majority of the impressive SFX.

Very quickly, the group starts to encounter the booby traps that Dave mentioned, and some of the group fall foul of them. These are very Indiana Jones-style traps, and the movie pulls off the action-adventure style perfectly.

We learn that the maze is actually a labyrinth, complete with a Minotaur who starts to hunt the group. As the first of them is caught in a trap and is decapitated, we see that instead of blood the body spews out streamers and confetti. It’s a really great effect and helps to pull us into the world of this strange cardboard nightmare land.

Eventually, the group finds Dave, and he admits that he has no idea what happened. He says the labyrinth just sort of grew on its own, and he believes it’s connected to his imagination. Dave also reveals that the hand he says was hurt is actually now entirely made of cardboard after he put his hand into one of the traps (more on this later).

The group eventually decides the only way out is to attack the maze itself and work their way to its center; only Dave neglected to give the maze a heart. Thus, Dave and Annie get to work constructing a heart from cardboard.

We then cut to a sequence of them as a couple having a conversation that condenses their relationship down and examines its fundamental problems. As they work their way through it, they eventually start to find each other again, the heart begins to work, and Annie is able to cut into it. This causes the walls of the labyrinth to collapse and release the surviving members of the group.

Harry and Dave talk about a title for the documentary, and Dave somewhat sarcastically suggests Dave Made A Maze — despite Harry’s insistence that it’s a little too on the nose; besides, it was a Labyrinth, not a maze.

On the face of it, Dave Made A Maze is a fun little flick that pulls off its multi-genre credentials really well.

It is sufficiently funny and endearing, helped immeasurably by the choice of using practical, cardboard effects and puppets, to keep you engaged and invested for its brisk 80-minute run time. If it was only that, you’d walk away satisfied. But it is so much more than that.

The labyrinth as a metaphor for Dave’s mental state is the most obvious layer here, but that, too, has its own depth.

The fact that Dave neglected to make a heart for the maze speaks to his relationship with Annie. They are obviously still very fond of each other, but Dave fears that she is drifting from him as his inability to finish anything and be comfortable in his skin starts to wear on her. Her reaction to finding a large cardboard maze in her apartment is telling, it’s very much, “Oh, boy, here we go again.”

As the couple needs to confront their problems to create the heart that will allow them to escape, they work through issues that a lot of us can identify with — the small things that become big things and so often go unnoticed until it’s too late.

The inclusion of the Minotaur is genius. We learn the only thing Minotaurs desire more than human flesh is freedom. Again, this speaks to the state of Dave’s thinking about his relationship with Annie.

Dave revealing he has a cardboard hand because he stuck it into a trap is one of the more telling moments when you see the trap.