Shudder Sunday: Not Quite Hollywood (2009)

Resolve to expand your cinematic horizons this year, starting with a rollicking crash course in the (mostly) proud history of Australian exploitation. 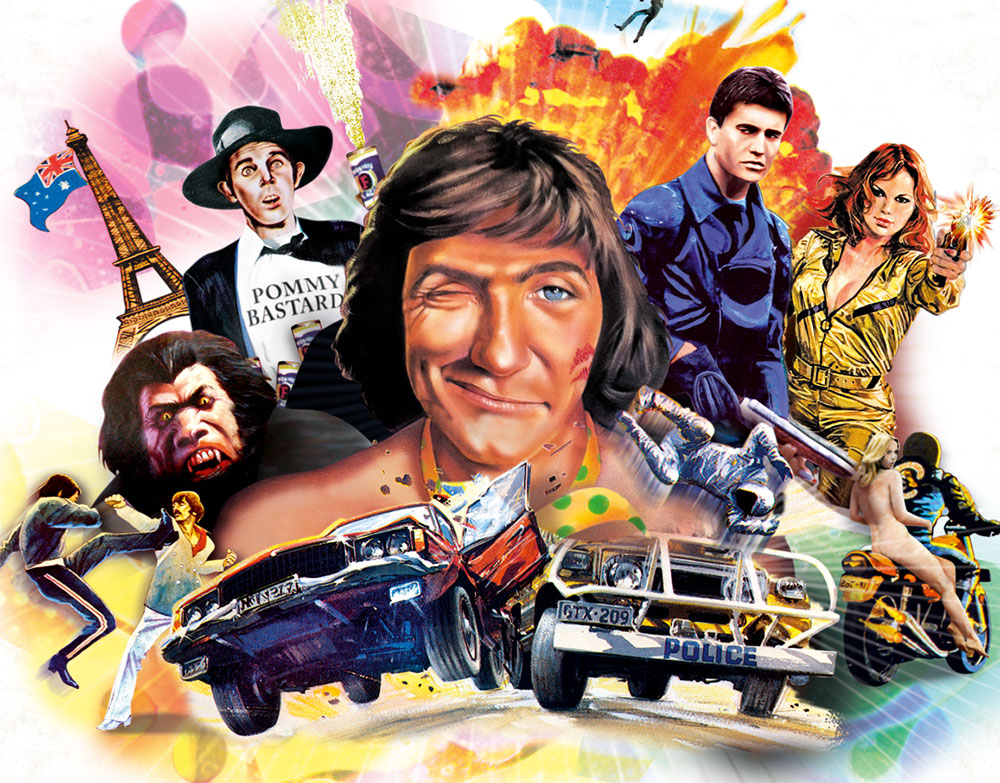 I didn’t know what I was going to write about for this Shudder Sunday until Twitter made me cry.

I don’t remember the words, really. They didn’t add anything to the two pictures they headlined. Not that they even could.

The first picture was a still from Mad Max Fury Road, when the chrome-plated caravan charges headlong into an apocalyptic duststorm. Even in a time when the only hard currency is clean water, the Earth looks angrier than normal. Red. Blistered. A horizon scorched orange through the suffocating haze.

The second picture was the one you probably saw on a front page somewhere. A boy in a raft off the Australian coast, under a sky the same color as the end of the world. 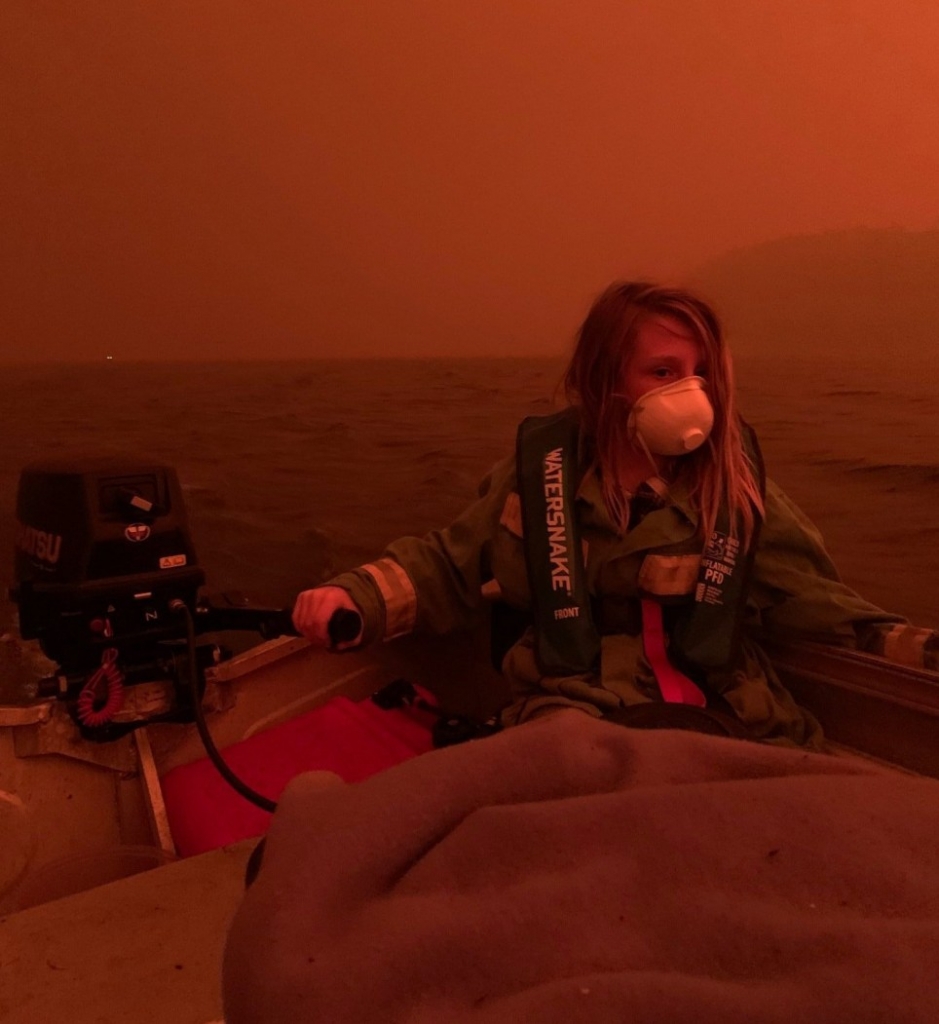 I didn’t quite sob so much as crack.

The way an amateur criminal does just before the end credits, when he realizes that easy cash to Look The Other Way has compounded with inevitable, homicidal interest.

Two things struck me about the pictures. The natural, howlingly bleak immediate concern was that we’re too far gone on this rock. The second, more insidious concern was that it took a comparison to a car chase movie, peerless though it may be, for the catastrophic weight to properly slump my shoulders. A car chase movie in a franchise that remains unjustly simplistic cultural shorthand, like Crocodile Dundee alongside it, for the whole of a continent.

“People know nothing about Australia except what is handed out in the travel brochures,” says James Mason in a newsreel interview from 1968 that could still easily play most markets in the United States today, or at least a few weeks ago. 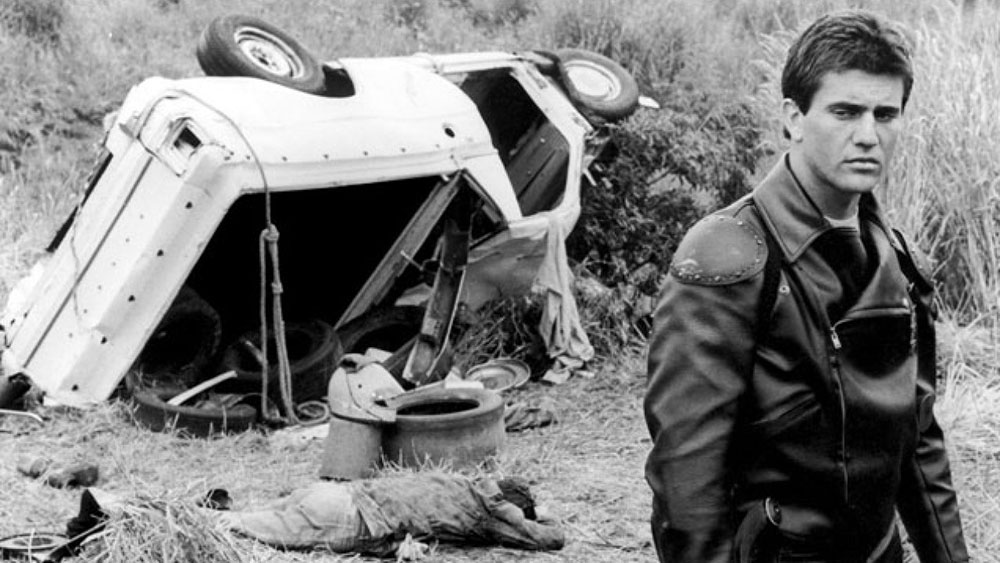 There is more to Australia than Mad Max.

Not Quite Hollywood: The Wild, Untold Story of Ozploitation! is a lot more fun than my introduction would have you believe. Like writer-director Mark Hartley’s later love letter to the ’80s reign of Cannon Films, Not Quite Hollywood is as much a documentary as it is a cocktail party. Plenty of car crashes. A dash of low-budget horror. Two giant hogs, one an animatronic boar and the other John Holmes.

There’s something for everyone, provided everyone is old enough to see an R-rated movie and recognize the past as the past.

Despite my admonishment to appreciate beyond the punchline, Australian exploitation cinema pretty much started as a joke at its own expense.

The Adventures of Barry McKenzie represented an older Ozzie stereotype: the almighty ocker. Not the first example — 1971’s Stork was the New Wave’s earliest round-the-block hit — but easily the purest. Rude, crude, and on an endless quest for beer and bikinis. It also happened to be one of the first films made by and for Australians, even if the makers in question intended to mock the intellectual degeneracy of certain Australians.

The targeted yobbos — that’s “proudly dim bulbs” to my fellow Americans — took it as endorsement instead of condemnation, regrettably, and cheered loud enough for a second Barry McKenzie outing with twice the vomit and timely homophobia. 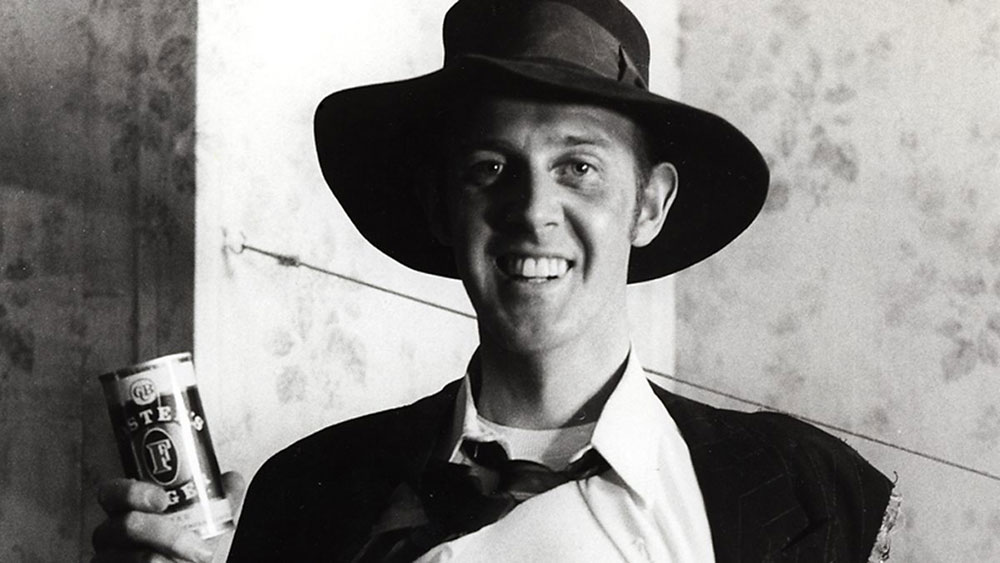 “It only really grows on decaying things because culture is, after all, cheese,” says McKenzie creator Barry Humphries, “…or yogurt.” And he has a point. Australian culture was getting mighty moldy at the time.

War, the kind with a capital W and no scheduled end, loomed for the teens and young adults raised in the no-nonsense ’50s and ’60s.

What was the point of all the rules if a lottery pull was the difference between life and death? So they waged their own wars on their own terms. Feminism flourished. Free love found few objections. Bodies of every shape, size, and sunburn flopped about with proud, reckless abandon. 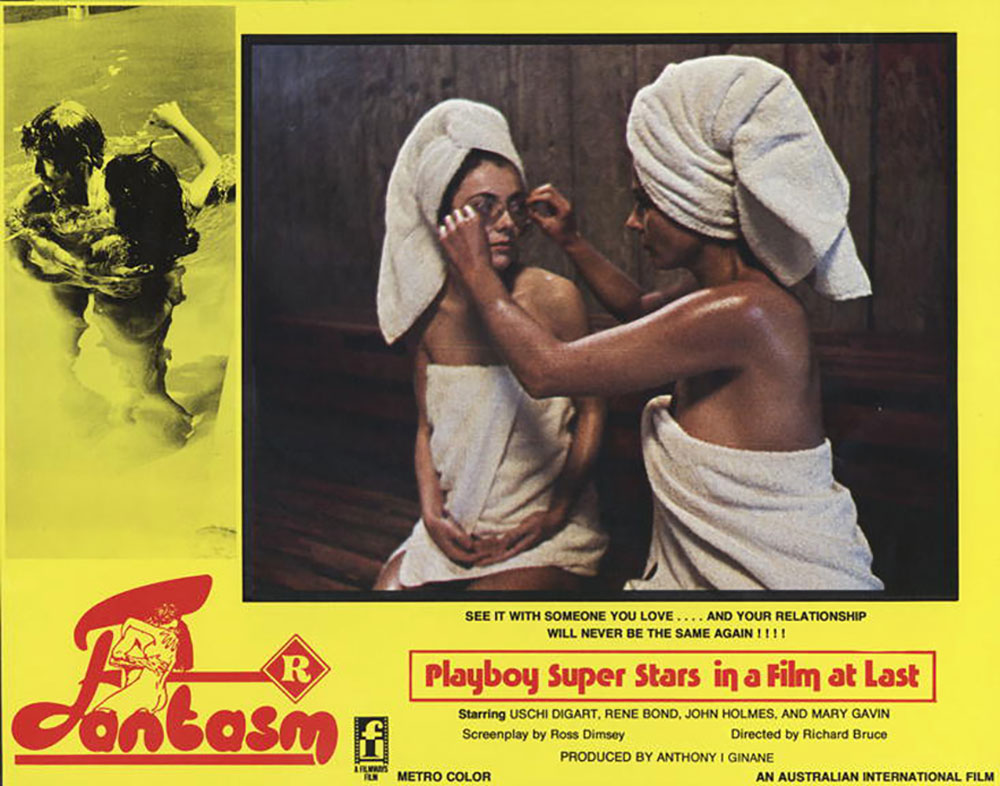 As society loosened its collective collar, so did the Australian censorship board, resulting in the dawn of Ozploitation.

In other words, Porky’s-grade smut.

“I thought that we were demystifying the female body,” says Cindy Raymond, one of a dozen actresses waxing nostalgic through gritted teeth. Movies were bought, sold, and written off in lazy Saturday afternoons on the basis of good ol’ gratuitous nudity.

It may not be high art — Fantasm, Antony I. Ginnane’s America-shot opus featuring John Holmes’s legendary genitals, at least counts as some kind of historical document — but it was the first time Australian audiences showed up for Australian-made movies, even if they weren’t paying much attention to them at the drive-in.

“Without these vulgar films, we wouldn’t really have an industry,” admits critic Phillip Adams with a wistful wince. “Our cultural anonymity would’ve been utter.”

Trouble was, the high-brow crowd feared Australia would only be known for its skin-crazed yahoos. The self-conscious solution was simple: Let the Peter Weir types have their Picnics at Hanging Rock, while the lowly genre filmmakers classed up their nudity with more kitchen knives and slightly less nudity.