A documentary series as tricky as its subject, “Cursed Films” never lets superstition get in the way of its damaged, disturbed, dearly departed humanity. 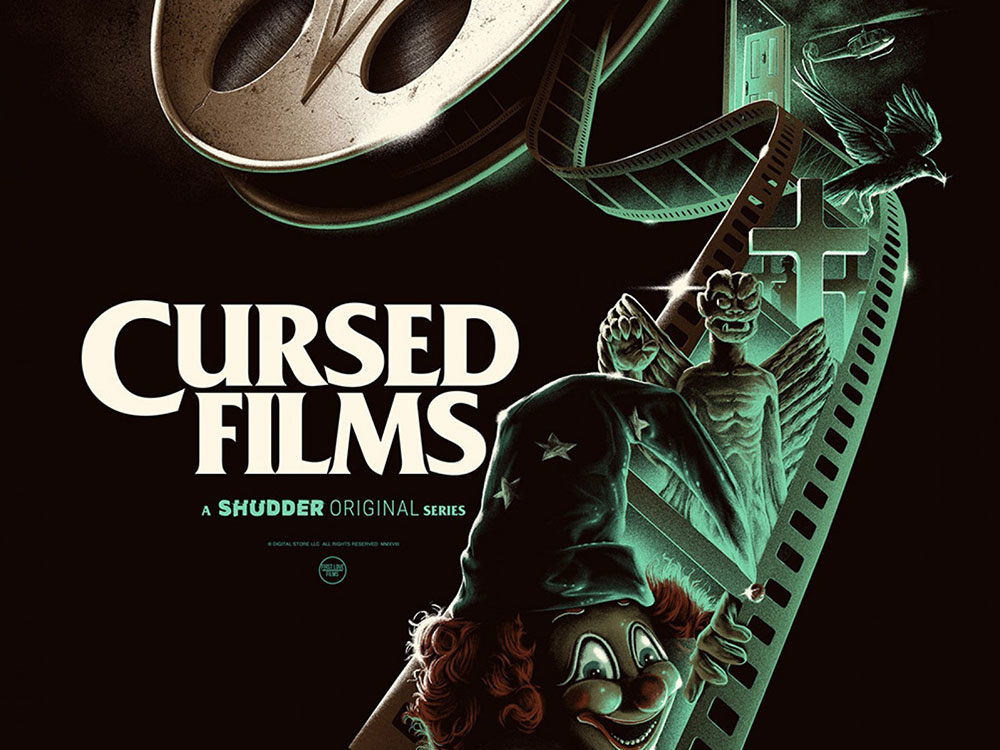 Movies, as you might’ve noticed, are a great love of mine. If they have an equal, it would be theme parks. Any day the two overlap is a holiday. In this case, Halloween.

For the 2016 line-up of Universal’s Halloween Horror Nights, The Exorcist made an appearance in haunted house form at their parks in Orlando, Hollywood, and Japan. The adaptation wasn’t easy — how do you make an entire haunted house out of a single room? — but they made it work with a few extra jumpscares and one lovingly recreated smell. Rumors persisted on the usual forums, though, that the adaptation might’ve been a little too successful. Unexplained cold spots in the head-spinning scene. More technical hiccups than usual. Nondescript dread. Universal didn’t just bring The Exorcist to life — they brought its curse to life, too.

Now that’s dedication. Considering it was built 43 years after the movie premiered, that’s miraculous. With that kind of time, distance, and common sense, that’s almost silly.

Jay Cheel’s Cursed Films doesn’t waste time on obvious coincidence. Soundstages are cold. Live theater is a gamble. The Exorcist is one of the creepiest movies ever made. But why don’t we treat the legend with the same level of scrutiny? Why do we, as horror fans, give the supernatural the benefit of our collective doubt?

As advertised, Cursed Films is a bait-and-switch.

If you’re unfamiliar with any of the tragedies or near-tragedies covered, it’s a compelling education. But it’s not an IMDb trivia section with talking heads. As much as it is historical, Cursed Films is philosophical.

The first episode, its most contentiously received, belongs to The Exorcist. The first half is exactly what you’re probably looking for. To borrow Linda Blair’s summary: “Billy’s a genius, and when you work with somehow who’s a genius, you’re gonna go for a ride.”

William Friedkin is one of the last “two-fisted, swinging dick” directors, when the job came with a license to do everything but kill. He fired a gun in the air whenever he needed an actor to flinch. Blair and Ellen Burstyn limped away with back injuries from stunts that Friedkin pushed to the absolute edge of danger. At the time, that was the cost of working with a capital-A Auteur.

It’s a cost that would inflate across the ‘70s and into the ‘80s before reaching its natural, fatal extremity on Twilight Zone: The Movie, showcased in the last episode of Cursed.

The horror stories on set? The product of a take-no-prisoners director. The deaths one-step-removed from production? Bad timing. The Catholic fury around its release? Shrewdly stoked from the Warner Bros. marketing department that’s still paying off almost 50 years later.

But what about the human cost? 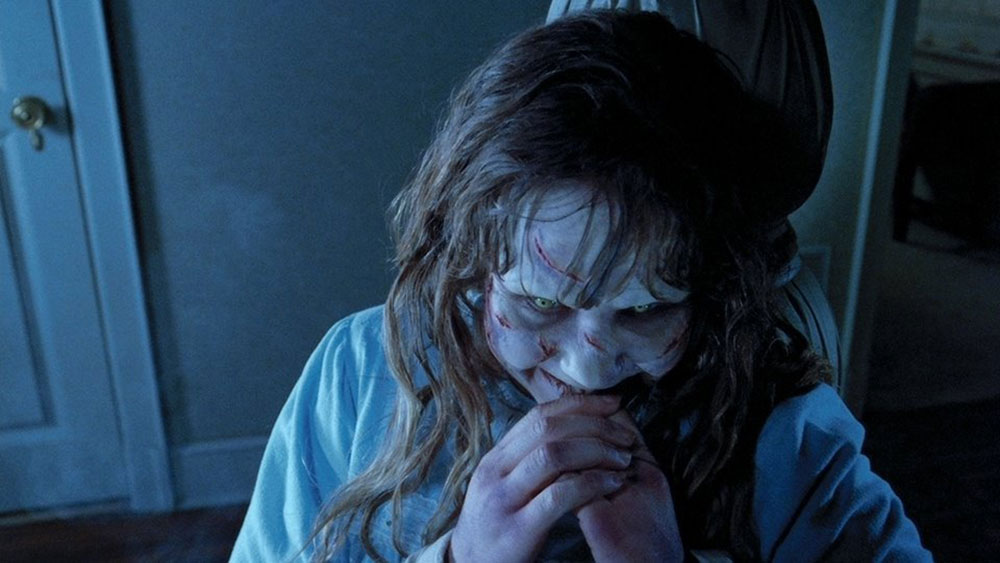 Linda Blair was assigned bodyguards to deal with the constant harassment after its release, a part of her life she politely refuses to talk about. Then there’s the great, generalized audience.

The second half of the episode follows a real exorcist as he visits three afflicted Christian souls. This is the part of Cursed Films that’ll lose some viewers. It’s a strange detour, especially for anyone wanting a deeper dive on The Exorcist myth, but not aimless. Each of the believers suffers from something as genuine as the shake in their voices and the tears in their eyes. As the exorcist says the magic words, they vomit. For a moment, it’s a compelling case for the divine supernatural.

Then the interviewer asks the exorcist what he did before this sainted line of work.

“Before I became involved in performing exorcisms, I used to run a furniture company.”

In an instant, the grand mystery dims. It fades further with every bill he counts on his way out the door, already selling his clients on return appointments.

Is he a conman? The people are certainly going through tangible hells and seem alleviated, however momentarily, by his power. So why show it?

The closest thing to a mission statement comes from Eileen Dietz, the face of Pazuzu herself:

“We bring upon our own hell and our own heaven and we bring curses upon us, otherwise you have to believe there are demonic forces out there.”

The rest of Cursed Films splits the difference between behind-the-scenes trauma and that real-world myth. 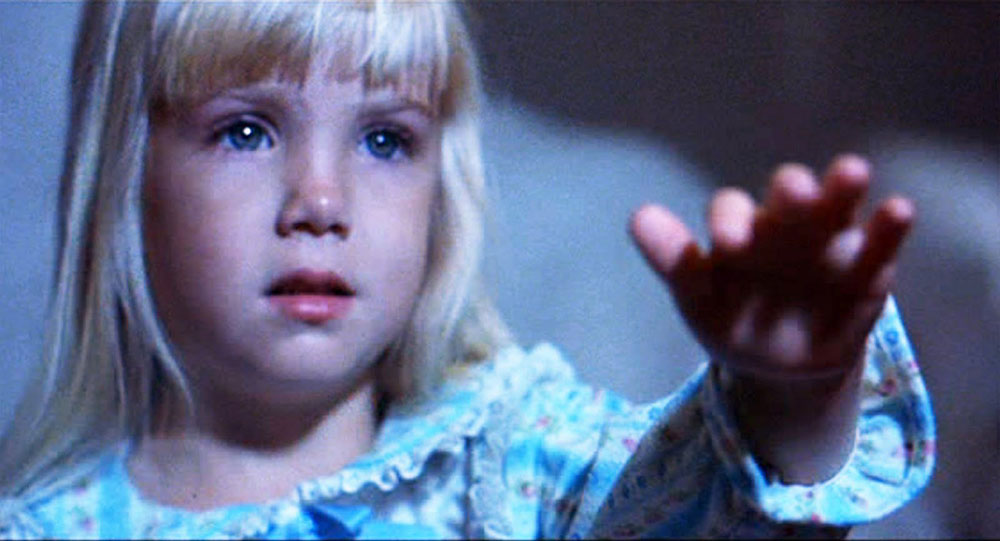 Some episodes lean more heavily in one direction or the other. The Omen offers the most academic exploration on the nature of curses, complete with demonstrations from an internet witch. Poltergeist provides a tender, tragic eulogy for dearly departed cast members across the trilogy, namely Dominque Dunne and Heather O’Rourke.

The “curses” are brought upon by directorial negligence, medical misdiagnosis, and random chance, no matter how statistically unlikely. What makes the debunking worthwhile are the first-hand accounts from the unfortunate bystanders and surviving victims.

Gary Sherman, the director of Poltergeist III, can’t help but smile thinking about his friendship with O’Rourke, who at only 11-years-old told him she wanted to direct movies the way he did. The joy doesn’t last when he remembers how tabloids harangued him for finishing a movie he refused to even promote.

Lance Anderson, special make-up effects artist on The Crow, remembers his uncanny horror at designing a Brandon Lee mask for the stunt double, then watching the double wear the face of the deceased star. He still has albums of Lee’s continuity Polaroids and thumbs through them like the pictures of a lost loved one.

Richard Sawyer, art director on Twilight Zone: The Movie, talks about the fateful days before the helicopter crash like a tour of duty he’d give anything to forget, appropriately enough. It stings through the screen when he recounts yelling at John Landis for hiding explosives on the set in places he hadn’t designed to explode. A few minutes prior, Sawyer remembers Hollywood’s elite — it was a Spielberg production, after all — congratulating him on making the big time. A few minutes later, he relives watching a man and two children die on his set.

If the first episode, The Exorcist, isn’t what you’re expecting, the last episode, Twilight Zone, is your monkey’s paw wish come true. 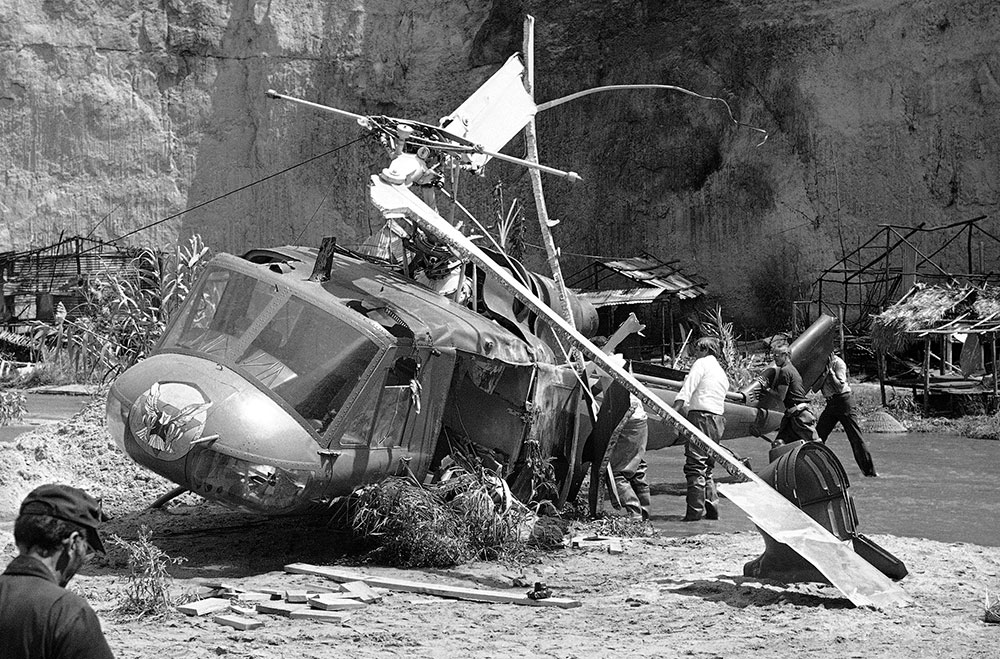 It’s all history, ugly and uncensored in equal measure.

Stephen Farber, author of the infamous and contested Outrageous Conduct: Art, Ego, and the Twilight Zone Case, provides color commentary, but it’s not necessary. The footage speaks for itself. You see John Landis showing up to the funerals uninvited. You see him tell the grieving sum of Vic Morrow’s extended family that they should take solace in the fact that “Vic lives forever” on the screen. You see him walk out of court and announce his not-guilty verdict with a smile he can’t peel off his face.

And you see it.

Not in glorious 4K, thank goodness. Grainy enough to pretend you don’t know what you’re looking at, some high, wide angle on a Vietnamese village. A VHS recording of July 23rd, 1982, late, just outside Valencia. Vic and the kids struggle across a swamp. The helicopter goes up behind them. Then the helicopter goes down. You don’t see what happens to them, maybe for a subliminal split-second as they twitch to the side then disappear in a blinding flash. Gone.

I described it as a warning. If you’re still on-board, I assure you no amount of writing can prepare your stomach or the little hairs on the back of your neck.

You want a curse? Cursed Films shows you the absolute grisliest of them all in living color. 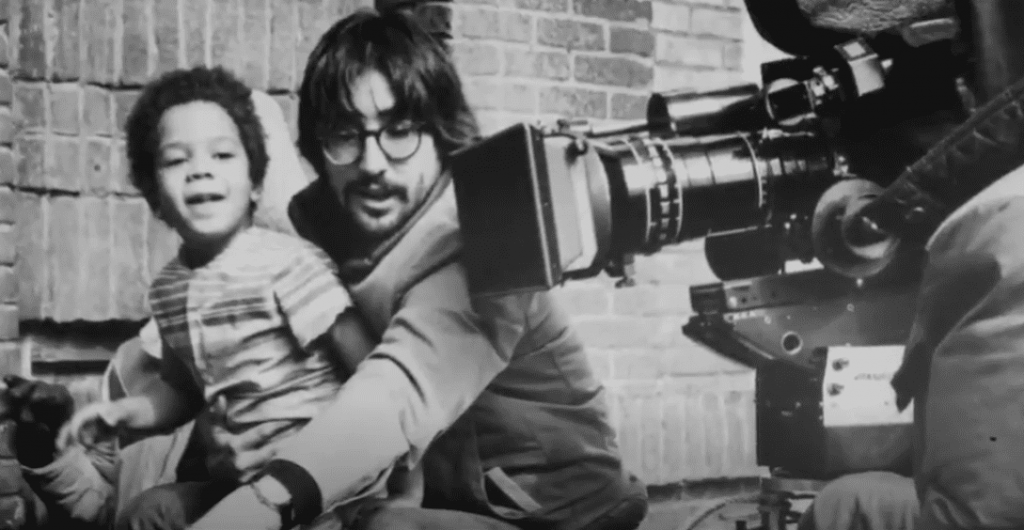 Maybe it’s excessive — this has to be the first time the footage was ever publicly available — but it’s nothing more than a cashed check.

In the Poltergeist episode, special effects man Craig Reardon provides a brief history of real skeletons in horror. House on Haunted Hill. Frankenstein. It was a whole lot cheaper to buy a genuine skeleton from a medical supply company than hire an art director and sculptors and painters and so on to make a believable fake one. Most on-screen skeletons for the first fifty years of film, and some still to this day, were real.

But none of those movies are treated as unholy texts. So why construct and empower a supernatural conspiracy theory to justify untimely deaths, which Reardon reminds “had fuck-all to do with a skeleton”? 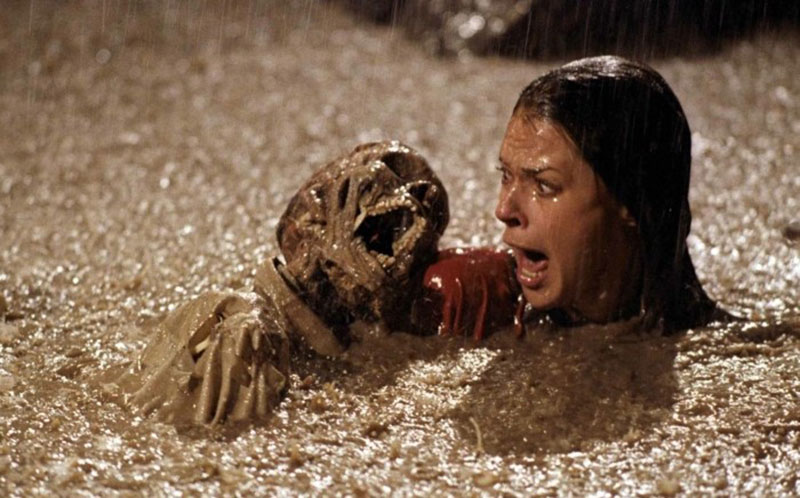 It’s a lot less scary to blame terrifying fiction than our unpredictable, sometimes unthinkable reality. CURSED FILMS is a Shudder essential and a must-see for anyone who’s ever dreaded sliding that one tape into their VCR.