A film most famous for its ‘too scary for tv’ trailer, the aptly named “Magic” is much more than meets the eye — cinematic magic you must see to believe. 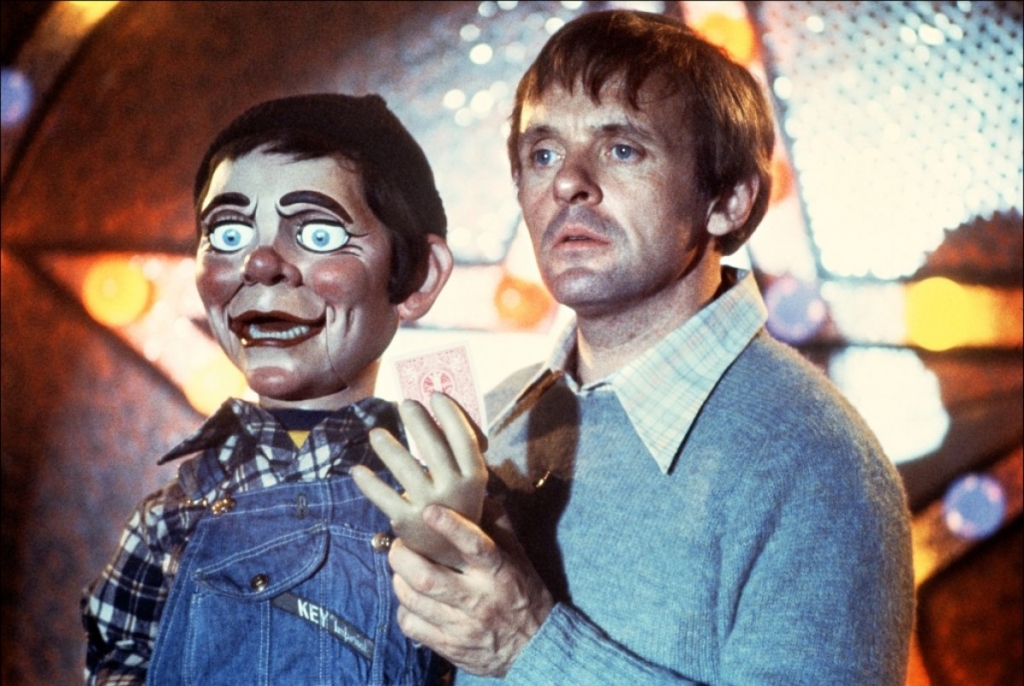 Magic, by its own definition, is a trick. When asked if he has any more up his sleeve, world-famous magician-cum-ventriloquist Charles “Corky” Withers cringes at the word.

“Trick means something set up beforehand. Box with a fake lid. Stacked deck of cards.”

Whether or not he believes in tricks, if he’d ever even tell that truth, it’s tough to watch Magic without that little something set up beforehand.

The teaser trailer for Magic has taken on a life of its own, appropriately enough. Those 33 seconds branded my brain when it was still squishy, at an ill-advised hour on a school night, somewhere toward the top of a “Ten Scariest Movie Trailers” gauntlet. It was a listicle of the most shameless sort, designed to catch all clicks too meek for the big time with a minimum of effort. But I didn’t miss the effort. The 33 seconds were enough.

Search for it now and you’ll find it on more lists like that one, or posted in the depths of Reddit, or even given sole spotlight as a minor masterpiece of horror advertising. The comments are all variations on a theme. I saw this when I was 4 and didn’t sleep for a month. How could they run this on TV in 1978? Or my personal favorite, a direct quote from YouTube: We all need to start a support group!

A ventriloquist dummy sits alone in the dark. Like a clown making house calls at midnight, you may not want to see a ventriloquist dummy in any circumstance. But this, especially, is not the way you want it to go. Especially this dummy, a rosy-cheeked parody of a young Anthony Hopkins, who plays the unseen hand up his back.

The features are all there but stretched and pinched into an uncanny exaggeration.

His name is Fats. And in ways I’ll never truly understand, he looks the way we remember faces in nightmares. 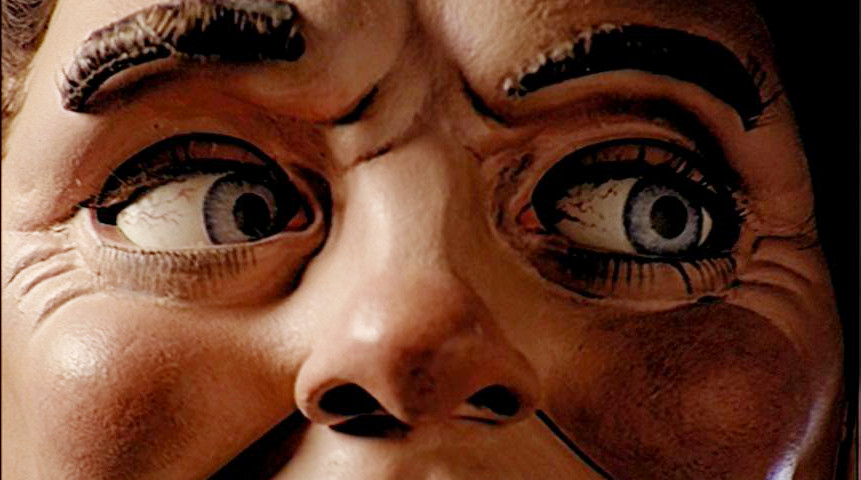 Then Fats speaks with only his jaw, in the wise-guy twang of a Looney Tune gangster:

“Abracadabra – I sit on his knee! Presto chango – and now he is me!” Then his full range of animation reveals itself, piece by unsettling piece. Starting with his caterpillar brows bouncing on their hinges. “Hocus pocus – we take her to bed.” Eyeballs spin in their sockets. “Magic is real!” He stares into the camera and pulls back his upper lip into something like a smile. “We’re dead.” His eyes roll back up into his wooden skull.

Is Magic a possessed doll movie? C’mon now. Do I look like your garden variety rube? I’m not going to tell you that. 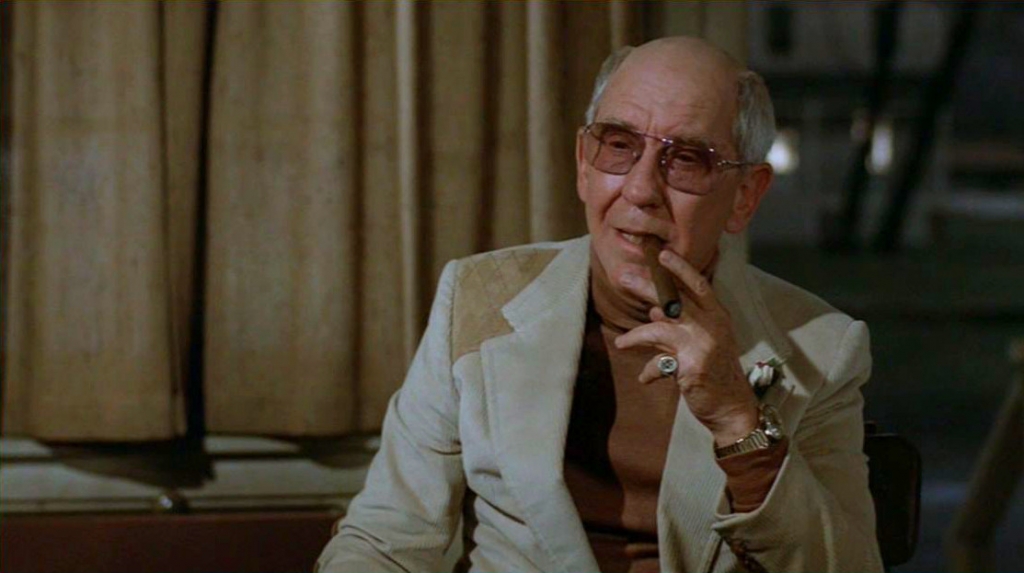 Even Shudder’s description for Magic plays deceptively coy: A ventriloquist’s dummy has a murderous mind of its own.

“Magic is misdirection. That’s all it is,” says agent and avatar of 1978’s finest menswear Ben Greene, played with cigar-smoking, turtlenecked relish by Burgess Meredith. “And misdirection is getting the people to look in the wrong place at the right times.” A mission statement for Magic as a motion picture, but meant for the broken soul at its core.

Corky is great at close-up magic. Corky is less great at people. Crowds. Loved ones. Loathed ones. Soon as they catch him off-guard, ask how he makes cards change suit before their eyes, the flop sweat starts flowing and then comes the screaming. Magic has a touch of the show business madness that would later earn Scorsese’s King of Comedy its belated applause. 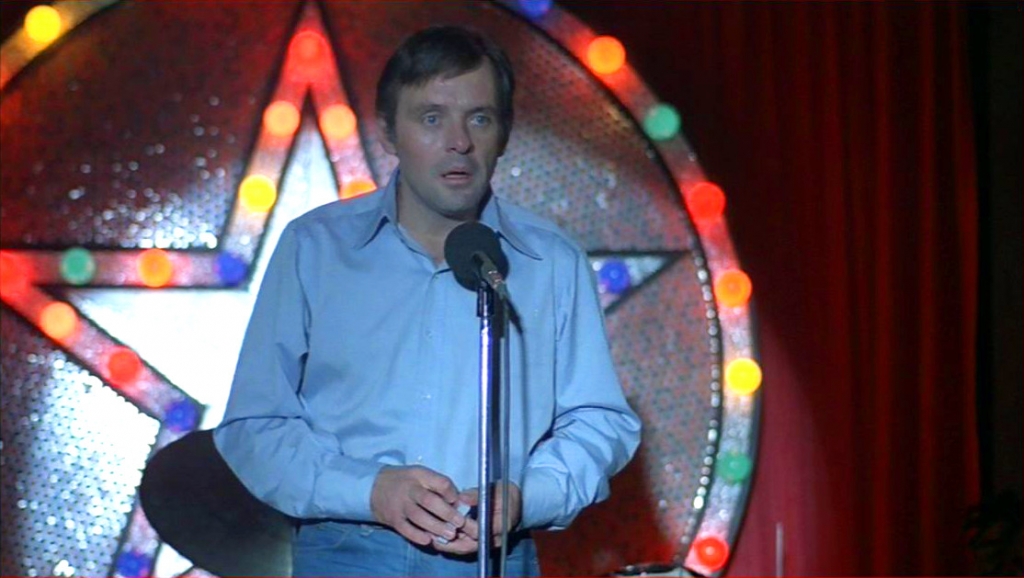 Corky is a few kings short of a deck, but nobody has to know that once he finds Fats, the hunk of wood with the dirty jokes that distract everyone from his partner’s sleight of hand and unraveling psychosis.

But the difference is Corky knows there’s something wrong with him. In no time (approximately ten minutes), he goes from open mic charity case to talk of the New York City networks. All he has to do is agree to a physical for insurance purposes and he’s – Nope. No dice. He shrugs off his million-dollar shot on the chance doctors notice…something. Depression. Anxiety. Outright psychosis.

But until then, Corky falls into a very modern, very human hole. How much does an artist owe their art to mental illness?