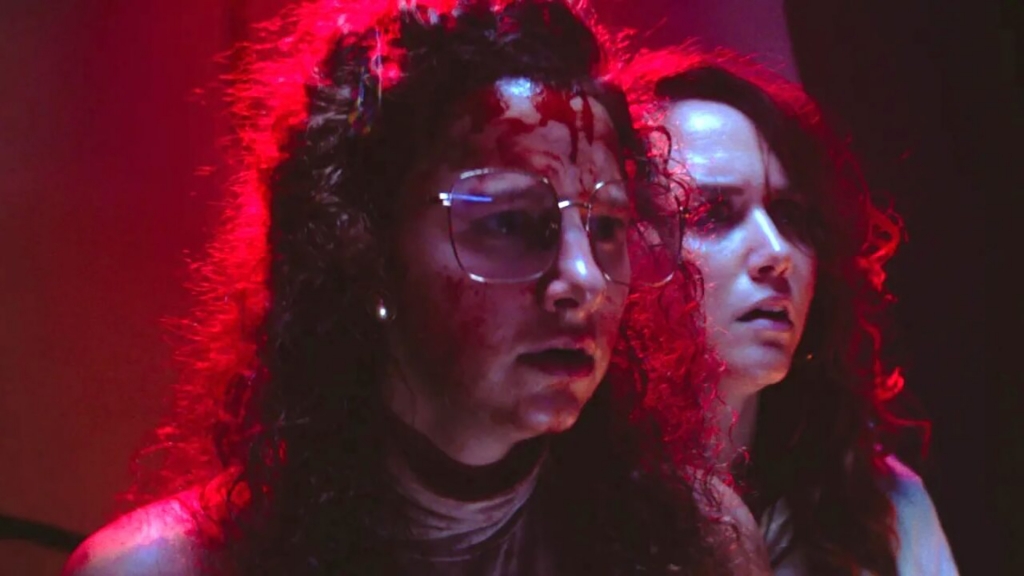 I want to get that out of the way fast and early so that I can focus on the film’s mechanics and the structure — you know, objective things we can all agree on. But please understand that with every sentence I write, I am punctuating loudly with the omnipresent thought I’ll now reiterate, one last time (and that’s it, I promise): Holy shit, Revealer is amazing.

Revealer asks a relatively simple question. What if two diametrically opposed women ended up trapped in a seedy club together during an apocalypse? The resulting movie is smart, funny, viscerally jarring, and surprisingly ruminative.

Angie (Caito Aase) struggles to make a living stripping at a shitty hole-in-the-wall club. Sally (Shaina Schrooten) protests the club — and to some degree, Angie specifically — daily. The two verbally spar but have a grudging respect for each other.

Angie is stuck in a peep show booth when Armageddon hits. Sally takes shelter inside the club, with good news and bad news. The good news is a lifetime of religious zealotry has prepared her to explain what the hell is happening. The bad news is that, well, it’s an apocalypse, and things look pretty damn bleak.

The unlikely pair work together to fight off demons and make their way out of the club by any means necessary.

During the ensuing ordeal, the women develop a deeper appreciation for each other; nothing forges a friendship like fighting off murder demons.

Revealer pulls a steady stream of impressive narrative tricks, accomplished by focusing on the characters and not over-complicating the plot. 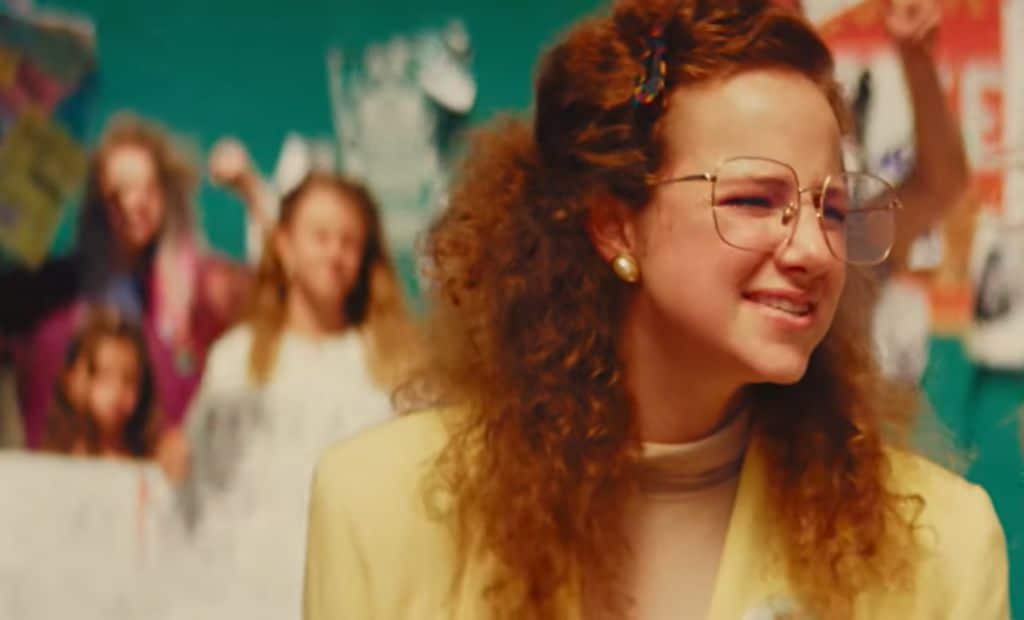 The movie is a two-hander; other characters make brief appearances, but it truly is Angie and Sally’s story.

The two women are nuanced and carefully written characters who gradually reveal (eh? eh?) themselves to be more challenging and complicated than their surface impressions. Angie is sharp, funny, and loyal to a fault. Her brash gumption pulls Sally out of her sanctimonious shell.

Sally deserves to be lauded as one of the year’s great, heart-breaking characters. While the movie wisely doesn’t excuse her abusive actions towards Angie, it does present a fully dimensional woman, driven by a diseased fusion of loneliness, hurt, and hope. Her redemption hits hard and beautifully.

The movie explores no less than the complicated nature of people and what it means to hold onto our humanity under difficult circumstances. Without stumbling into spoilers territory, REVEALER has a lot to say about self-acceptance and casting the first stone.

All of this sounds intensely heavy, and in less skilled, more didactic hands, it could be a joyless slog. Fortunately, it’s not; far from it.

The script is sharp and funny.

Director Luke Boyce steers the action with a deft hand, moving our heroines out of the firepan and firmly into the fire. Sally and Angie are moving away from some very judgmental creatures into an ill-defined and unknown future.

Our two lead actresses strap the movie to their capable backs and lug it through the catacombs with pure charisma and crackling chemistry. I would watch the hell out of eight episodes of a streaming series based solely on Angie and Sally cracking-wise and surviving the apocalypse.

Don’t be fooled by its quirky charms; Revealer‘s horror moments are intense and brutal.

Boyce ratchets up the tension, making Angie and Sally’s journey increasingly claustrophobic as they face unfathomable adversaries and the reality that they may be escaping to something far worse than what they are fleeing.

The movie subtly and steadily reminds us that Angie and Sally have no better idea than we do what awaits them outside.

While some may be tempted to view the film as an argument for both-side-ism, that interpretation misses two important facts about Sally.

Yes, she begins the movie as judgmental and conservative. However, even when she and Angie are adversarial towards each other, there’s an underlying warmth, a sparkle that suggests Sally delights in Angie’s freer spirit.

Sally changes, but also her regressive, backward attitudes are a form of armor that only goes skin deep.

The movie is confined to a small space, but our heroines’ minds broaden to a larger world. Revealer pays as much care and attention to its smaller, more personal ideologies as it does to its philosophical considerations.

It’s refreshing to see a movie whose foundational relationship is a friendship between two women.

Often women in movies are either part of a romantic coupling or maternal. Angie and Sally’s eventual commitment and devotion to each other feels true to the intensity of female friendships, in a way we rarely see on screen.

A perfect movie for a night where you want a movie that has a little bit of everything, Revealer is smart, funny, and expansive; the girl-power horror movie we all need right now.