Now Read This: Tales From the Lake

A short story anthology that isn’t afraid to get weird: “Tales from the Lake: Volume 4″ from Crystal Lake Publishing

Tales from the Lake: Volume 4, the new short story anthology from Crystal Lake Publishing, will become an instant treasure trove of ghoulish delight for anyone who picks up a copy.

The collection features a number of recognizable authors — perhaps most notably Joe R. Lansdale and Damien Angelica Walters — but it also showcases less-widely-known authors and their impressive talents. While a small handful of the creepy tales within are overly ambiguous or abrupt, the majority of stories this latest volume score big in terms of plot, characterization, imagery — and, most of all, good old plain weirdness. 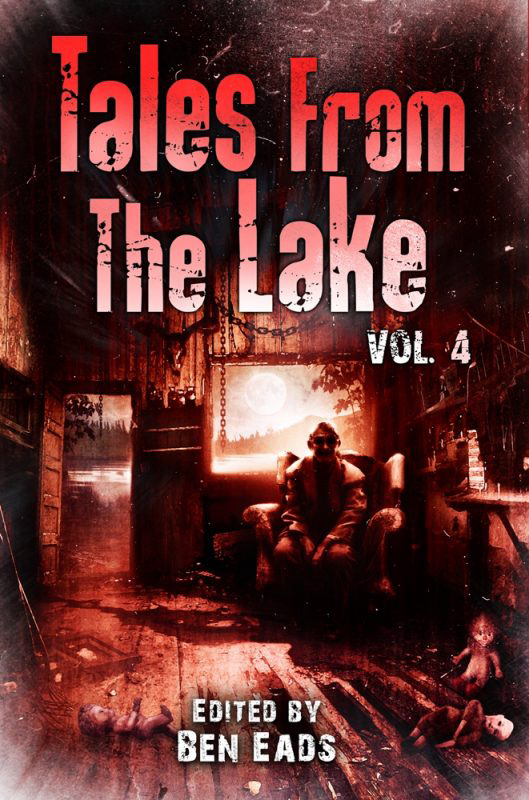 The anthology opens with the bleak and taut “When the Dead Come Home,” Jennifer Loring’s sobering tale of motherhood gone tragically wrong; it’s a bold beginning to the anthology, featuring an unhinged protagonist and some haunting imagery in its closing paragraphs that will give readers pause for thought.

Up next is one of the collection’s longer stories, Joe R. Lansdale’s wild-ride “The Folding Man,” a fast-paced and bloody-knuckled journey through one terrifying (and bizarre) Halloween night. Murderous nuns, broken limbs, splattered guts, and a mechanical monster from some deranged netherworld that will stop at nothing to destroy the young heroes — Lansdale’s story has the aforementioned weirdness in spades.

Elsewhere in Volume 4 is T.E. Grau’s “To the Hills,” one of the anthology’s more ambiguous tales that first appears apocalyptic in nature; only by the end do readers discover an additional layer of meaning behind the story of a father and son preparing for “the end of the world.” Walters’ “Everything Hurts, Until It Doesn’t” is a strange tale of two bloodletting sisters who may or may not be true monsters at heart. The story’s kicker of an ending will have readers returning to the beginning to look for everything they might have missed. 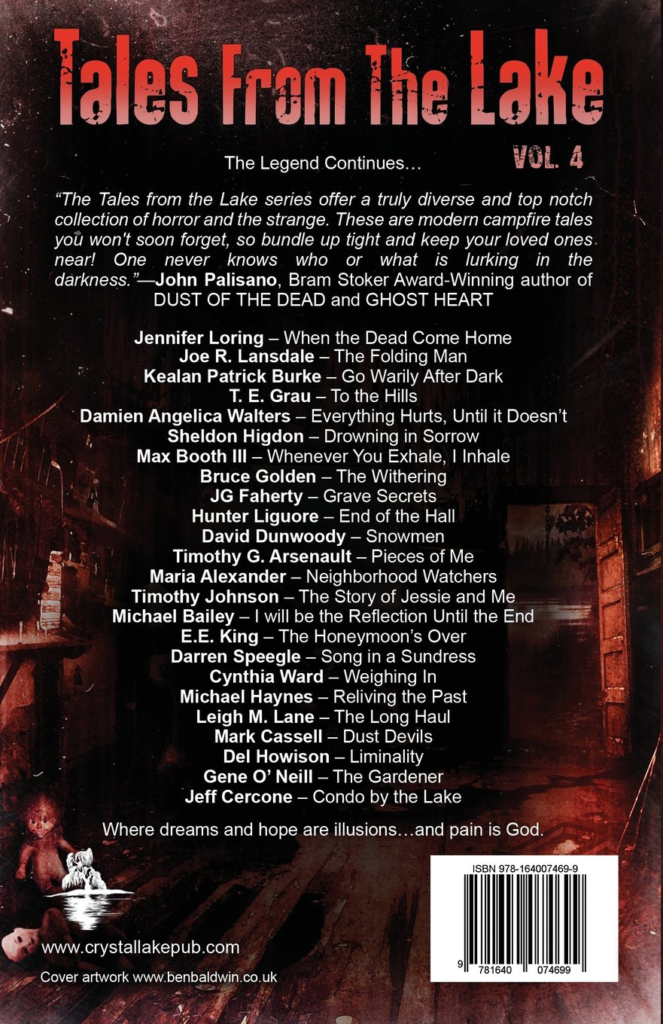 Other standouts in Tales from the Lake: Volume 4 include Bruce Golden’s heavily symbolic “The Withering,” JG Faherty’s road-trip-into-hell “Grave Secrets,” and David Dunwoody’s “Snowmen.” Faherty’s story uses letters between two brothers to guide one man into a horrific primordial forest, while Dunwoody employs archetypal “snowman” imagery to surreal effect. T.G. Arsenault takes readers into the infamous “suicide forest,” but with a few gruesome “twists” that will have anyone thinking of visiting such a location second-guessing their decision.

A few other honorable mentions: E.E. King tells the morbidly humorous story of a potentially murderous dog in “The Honeymoon’s Over,” while a career criminal has a night of painful reckoning in Leigh M. Lane’s “The Long Haul.” One of the collection’s few stumbles, Cynthia Ward’s “Weighing In” has promise, but its abrupt conclusion might leave readers with more questions than answers.

This latest anthology offering from Crystal Lake Publishing has a little something for every genre reader out there; the language and overall style in each of these stories are direct and straightforward, not many words are wasted, and each tale gets right to the bloody heart of the matter quickly.

The Halloween season may be over, but the colder months are the perfect time to curl up by the fire with some spooky tales — the kind that keep the spirit of Halloween alive long after the decorations are put away and the candy’s run out. And you’d be hard pressed to find a better choice than Tales from the Lake: Volume 4.

Tales from the Lake: Volume 4 is available on Amazon from Crystal Lake Publishing on paperback and Kindle e-book edition.