One of our favorite up-and-coming indie horror filmmakers is Andrew J.D. Robinson. The award-winning production company he founded, WORKOBEY FILMS, has produced over a dozen original short films. Robinson is also the founder of the wildly popular 15 Second Horror Film Challenge. After checking out Robinson’s short PLACEBO, followed by A WALK HOME ALONE (released this Halloween), we were officially devoted fans of this talented Canadian filmmaker.

A WALK HOME ALONE is a chilling tale, shot entirely in black and white, about a young woman who catches the eye of a dangerous stalker walking home one night. It runs 6 minutes and 34 seconds and stars the wonderful Maura Stephens (who also appeared in PLACEBO and is exceptional in this).

It’s terrifying in its simplicity, focusing on a woman having a bad day whose life changes in an instance just for being in the wrong place at the wrong time — painfully illustrating how random and cruel life can be. It’s a scary and heartbreaking story, beautifully shot and scored, about the frailty of life and the things we leave unsaid, never knowing if we may never get the chance.

Robinson was kind enough to spend some time talking with us about A WALK HOME ALONE (which you can check out at the end of this article), as well as his other projects and future plans.

I absolutely loved your latest short, “A Walk Home Alone”. Can you tell me a bit about the inspiration for this short?

Immediately, I was inspired by everyone who calls their significant other to go on the phone late at night because they feel someone might be following them, in case something happens or in an attempt to ward off that mysterious person. On a horror trope level, I wanted to play with the stalker/slasher genre, but to consciously do ‘a slasher’ that has no slashing. So instead, what you get is the horror of the story’s ‘context’. And on a dramatic level, I wanted to portray the horrors of miscommunication — how a simple misunderstanding between two people in love can not only jeopardize each other’s happy ending, but project them on course with total tragedy. In this film’s case, what could have been the beginnings of a dramatic film developed into true horror.

For one, given the drama’s subject matter, I felt black and white fit its gloomy subtext. To be void of color, in a sense, would be without joy or any heights of expression, which our characters are trapped in and unconscious participants in.

One of the things I really love is how female-centric many of your films are. “A Walk Home Alone” almost entirely focuses on the female lead, and everything is from her perspective. As a male writer/director, is that a conscious decision to center your films around women…and, if so, what drives that?

It wasn’t a conscious decision at first, but I found myself drawn to portray films from a woman’s perspective. As a big brother who was best friends with his little sister growing up, that was my earliest inception to empathize deeply with women. Growing up seeing the palpable pressure that my sister, mother, and further women surrounding my life were going through, was to put it simply: scary.

You can easily see it across social media; young women getting lip injections, etc. — seduced in becoming knock-off products for short-term profits instead of realizing the true value in investing in their character. 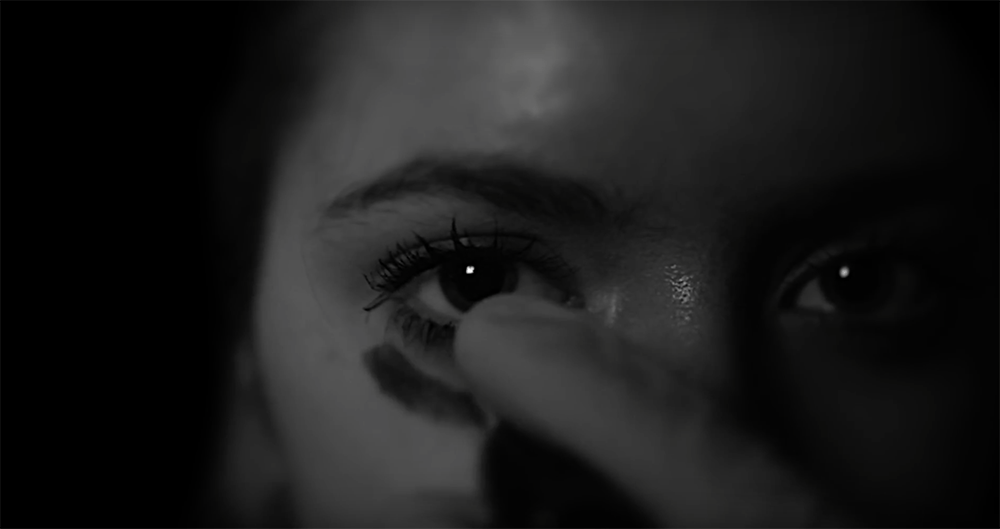 Related to that, many of your films (such as “Placebo”) focus on issues related to beauty standards and the strive for perfection. What inspires you to create these types of thematic films?

It quickly connects back to why my films are very female centric. Although beauty standards and the strive for perfection are not exclusive to just women, it’s certainly so ingrained in our culture that its capacities to corrupt character are accepted social drugs. For film and the visual arts in general, I find ‘body horror’ regardless how it is illustrated, is not only a very relevant theme, but it’s one that hits close to home. ‘Close’ to home would be an understatement: it’s in every ‘relationship’.

There’s two, but for very different reasons: In terms of original horror short, my first fifteen second horror film called “Knock Knock” is a favorite because I felt I genuinely contributed my own spin on the horror trope of ‘premonitions’. A woman fixes herself up in the mirror before her night out, but then receives an incoming call: her phone displays a photo of herself? Off-put, she answers, “Who is this?” “It’s Laura.” “I’m Laura.” “Help me they’re trying to get in–!” Sounds of knocking and a window smashing are heard on the caller’s end. “—Ohmigod!” Caller screams and then is cut off. Laura remains a mix of haunted and confused when suddenly there’s a bashing on the outside of her door – the end.

My second favorite is not an ‘original short film’ per se, but it’s a tribute video to the late-Brandon Lee. Its core reminder is to “absorb what is useful, discard what is useless, and add what is essentially your own” while reminding its viewers to wakefully recognize that one day they will pass on, not to be depressed, but rather so they could get busy seizing the great opportunity we have being here together at this moment.

Your work in short horror shows tremendous promise. Any plans to do a feature in the near future?

It’s been on the bucket list. It’s a sentimental calling of mine since I was a kid to do a ‘feature-length’ at least once in my lifetime. It’s a mountain to climb, and I’m earnest to make sure I’m ‘the right person’ to produce one that could contribute. Behind-the-screams, I’ve been working on finding my footing within feature-length three-act structure, and I’ve quietly gone through a handful of bad drafts through the past few years. It’s like buffing a stone. Once the script feels right, I’ll cast it.

What is it you like so much about short films?

I love short films because, in terms of the horror genre, they play out like scary bed-time stories. Also: there’s little left to the imagination when feature-lengths overextend themselves that really ought to have been short films whereas when short films find that narrative sweet spot, a viewer can’t help up dream how it would play out as a feature.

Anything else you’d like to add about the production of this short or anything you’re working on next?

I’ll be producing graphic novels in 2018 that will be ideas that I couldn’t possibly execute in film unless I had an extensive crew, budget, and time. My roots in the visual arts have always been comics. They’ve been pre-requisite to film because I storyboard all my films and never go into a shoot without a blueprint. I just turned thirty and, for myself, I find it’s a humbling full circle to embrace graphic novels again into the future. If I play my cards rights, grow an audience, and there’s buzz towards particular stories, I’ll either put serious consideration towards raising funds towards adapting that story into a film or license the film to another indie filmmaker. 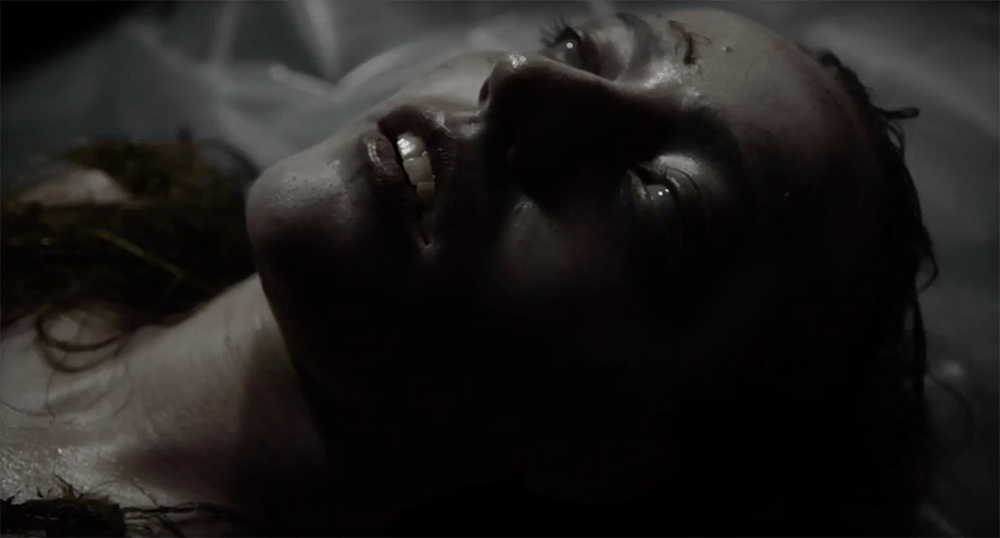 There’s so much talent around the world, and at the end of the day, I want to tell stories that were premeditated to have the potential to not only entertain, but to make you feel something, and I love seeing others innovate the horror genre to serve a hardier meal than latex covered in corn syrup and red food dye.

NOW WATCH THIS: A COLLECTION OF HORROR SHORTS BY ANDREW J.D. ROBINSON

Get to know Robinson’s work by checking out the playlist below, featuring four of his most compelling horror shorts. The playlists includes: “Sightings” (2:05) about two sisters mourning the disappearance of their sister; “A Walk Home Alone” (6:34) about a woman stalked by a serial killer; “Placebo” (2:29) about a woman who will do anything to feel more beautiful; and “Something Scary” (3:49) about a YouTuber named GamerGurl who films her live reaction to a beta for a new indie horror game that’s a little too realistic).