With the release of “IT: Chapter Two”, you may be craving more Killer Clown action; here are 10 more films to fuel your love — or fear — of clowns.

So you saw It Chapter Two and are feeling hungry for more killer clown carnage?  Well, you are in luck!  In no particular order, here is my own personal list of top ten films with show-stealing, unforgettable, wonderfully creepy clowns to keep you company until Pennywise rises again from the sewers.

For his son’s birthday, Kent and his wife, Laura, ordered a clown for the clown themed party.  Unfortunately, the clown cancels last minute.  So what does Kent do?  What any good father would do in that situation; he finds some clown costume and puts it on to perform as the clown for the party.  He discovers later that he cannot remove the costume, and as the movie progresses, finds himself turning into an actual clown, with the red ball nose and all.

This is definitely one of the more creative film plots on this list.

This movie is produced by Eli Roth, so based off that name, you already know you are in for a treat.  When just reading the plot, it may sound a bit silly or childish, but as you watch it, it becomes creepier and creepier.

One of the scenes that really stood out to me was when Laura was trying to remove the red ball nose from Kent’s face, only to accidentally remove some of his actual nose.  By the end of the film, the once family man Kent is fully transformed into a child eating monster clown.

If you want to watch a film that shows the dangers of birthday party clowns, this is the film for you. 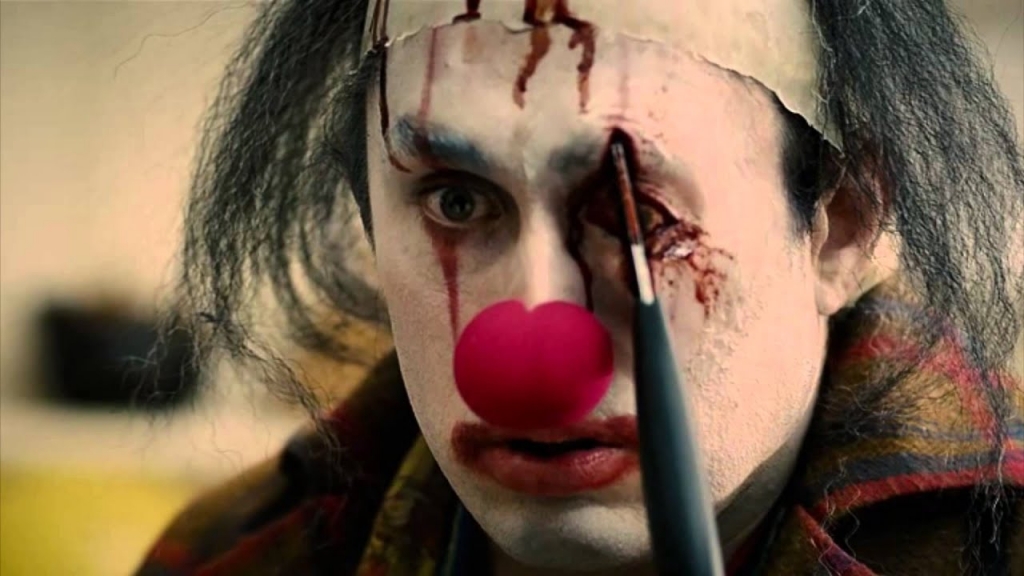 To continue with the theme of birthday party clowns (and why they’re never a good idea), let’s talk about the movie Stitches.  During a birthday party for Tom, Stiches the Clown is tormented by the children that are at the party and accidentally slips and falls on a knife, resulting in his death.  Tom sneaks to his funeral and watches as a group of clowns that are part of some clown cult discuss Stiches’ death.  Six years later, for Tom’s 16th birthday, Stiches the Clown returns from the dead, seeking revenge for his death.

Out of all of the films on this list, this one is by far the most intentionally funny one.

It is a comedy horror film that does not take itself too seriously.  Unlike some of the cheesier films discussed on this list, this film does not have to try too hard to be scary and gruesome.  It involves some pretty awesome kills along with plenty of humor that enhances those deaths.

It is a great film to watch when you need a good laugh, but are also craving blood and guts. 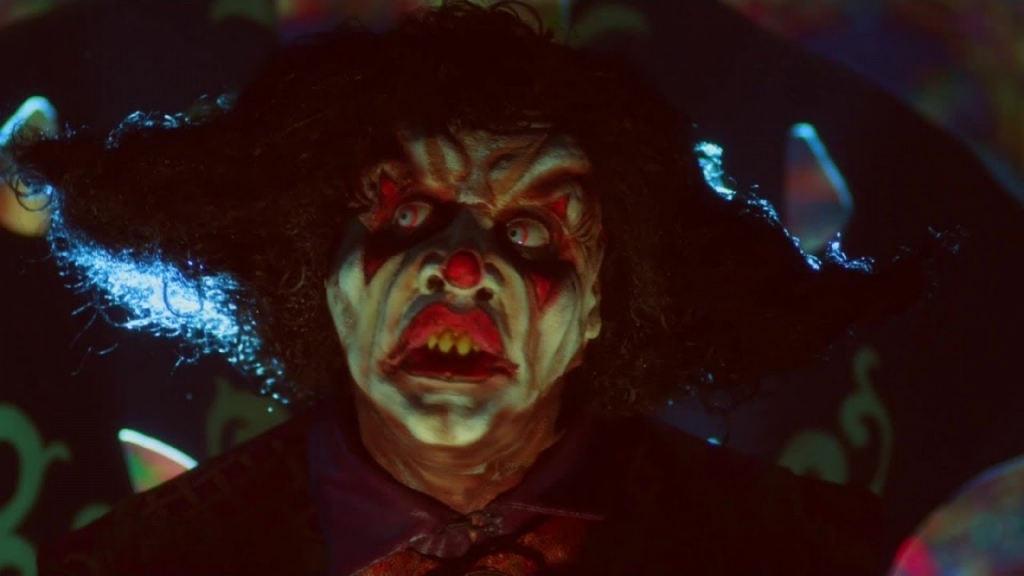 This choice might cause some arguments, but hear me out.  Whether you like the movie or not, you have most likely, as a horror fan, heard of it at least once or read about it.  It has a cult following and is one that is still talked about today.

This film’s premise revolves around a boy named Michael that summons the clown Killjoy to get revenge on his tormentors.  He is shot and killed, but returns a year later as Killjoy, killing off those responsible for his death one by one.

This film is not that great.

It is the first in the Killjoy franchise, so of course, there were several areas for improvement.  Over the years, the sequels have done a better job of making the character Killjoy a much more menacing character and even giving him a darker, creepier look than in the first film.  I personally believe that as cheesy as the first film is, it did establish who the killer clown is pretty well.

Whether you want to see this first film in the franchise or watch one of the more recent sequels, it is a film I would recommend watching at least once.