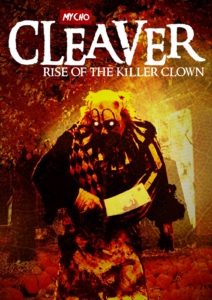 It’s not often you discover a true horror treasure along the likes of Cleaver. There are so many enticing films out right now, with a slew of new creations, it’s hard to find something that sticks out. Needless to say, I was beyond excited to feast my eyes upon a film as amazing as Cleaver: Rise of the Killer Clown.

This is the fifth feature film from the booming and ever expanding Mycho Entertainment Universe and the fourth installment in the Slasher House line. Once more we are blessed with another spin off of from the Slasher House franchise, as this film further explains and develops the story of Carlton Layton (aka Cleaver: The Killer Clown). Director MJ Dixon takes horror above and beyond in this nightmarish lure.

Right from the beginning, this film had me engrossed, absorbing any and all attention I had. Brilliantly assembled, this film scores on numerous planes. CLEAVER is one of the best clown films to come out in recent years. If you love old school throwback films, this low budget 80’s slasher homage is suited just for you. 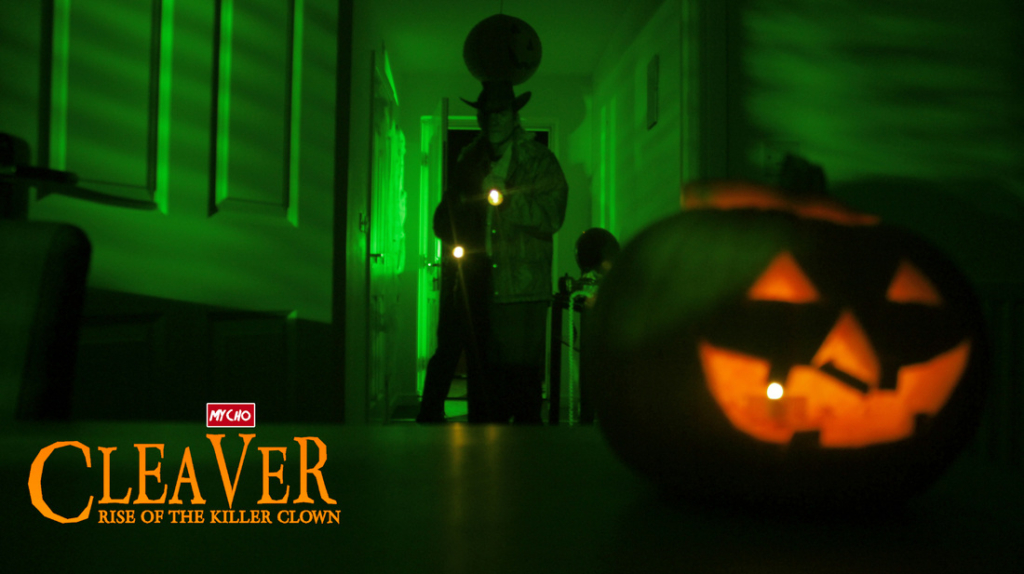 Andrew M. Greenwood returns to his previous role as Carlton Layton in this prequel, picking up from where he left off in the smash mouth film Slasher House. Newcomer Stephanie Price (Shooting Clerks) takes on the role of leading heroine Carley Lewis, and Jimi James rounds out the cast as Sheriff Hatcher.

Cleaver: Rise of the Killer Clown tells the story of Carlton Layton, a loving husband who, with no other options, takes work as a children’s entertainment clown after being laid off from his job. Unfortunately for Layton, he comes home one fateful night to find his wife in bed with another man, thus causing him to don his costume and depart on a killing spree. That night he escapes, never to be seen again.

Five years later we catch up with Carley Lewis, a college student drowning in debt and on the verge of being evicted by her landlord. In desperate need of money, Carley takes a babysitting job on Halloween night, forgoing festivities that she’d much rather be involved in. What is supposed to be an easy couple hundred bucks soon takes a horrific turn as bodies begin to pile up, leaving us wondering if it is indeed the psychotic Cleaver who is responsible for the bloody mess.

All alone in the house with the daughter of the couple she’s babysitting for, Carley’s imagination begins playing tricks on her. She’s having a tough time deciphering if the weird events she’s experiencing are in fact real, or just a figment of her overworked mind. That is until someone shows up, invading the home and threatening her sense of security.

In hot pursuit of the shrouded killer, Sheriff Hatcher and his deputies believe the escaped Layton to be the culprit. In a race against time, they frantically hunt down the person responsible for the red carpet of bloody cadavers. Will they make it out alive? Or will they be the next unwilling victims of the sadistic murderer who’s stalking the streets?

Homage loaded from top to bottom, Cleaver pays a rightful and fitting tribute to the legendary classic Halloween. 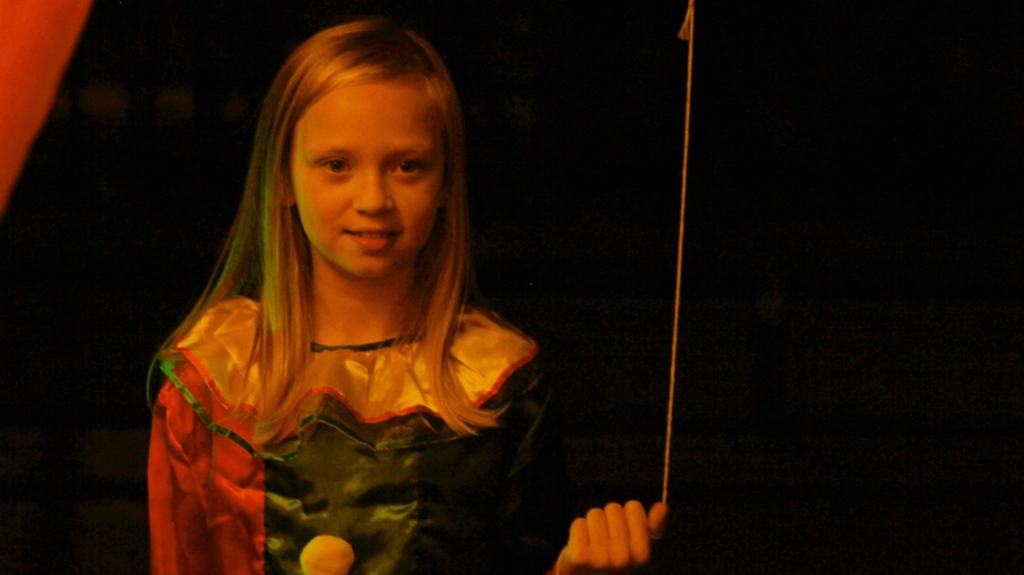 Soaked in inspiration, Dixon administers a hearty helping of John Carpenter-sculpted terror. Low budget and independent, the similarities between Cleaver and Halloween course through this film like lifeblood.

This film had me hooked like a vice grip to the jewels. What I find interesting is how realistic a villain like Cleaver can be. Kindred to Michael Myers, minus the otherworldly power, Cleaver is simply a man in a costume. And with the recent clown craze sweeping through social media, this film bends on its access, flipping the script and bringing the forefront to life.

What sparkled most was the undeniable shit your pants factor that actor Andrew M. Greenwood brought to the film. Most clowns in horror films, to me, are more cool than creepy. Yet Greenwood takes Cleaver beyond the realm of creepiness. Greenwood’s performance was eldritch and unmanning. A total psycho fest.

The clever lighting and use of shadows worked wonders for this film. The way Director Dixon teases us with shots of Cleaver in the darkness is extremely reminiscent of what they did with the Shape in the 1978 Carpenter classic. Also, the immersion of green and orange colors was sagacious and very impactful for this Halloween-based masterwork.

The cinematography was persuasive and gratifying, a rounded brilliance. The costumes, though diminutive, were apt for the feature. Cleaver’s clown suit on the other hand, is one of the best clown costumes I’ve ever witnessed, in film or real life. One thing I did feel that compromised the look of Cleaver a bit, was the use of the stringy and nearly barren hair.

The only problem with this film is the lack of budget, which therefore caused the special effects to falter and lack in some scenes. Low budget genius MJ Dixon used whatever was at his disposal and whatever tricks he could muster, to convincingly pull off feasible and conceivable kill scenes. Again, I felt that even with these tricky camera angles and weirdly consumable gimmicks, it took nothing away from the film and actually boosted it a level in my opinion. 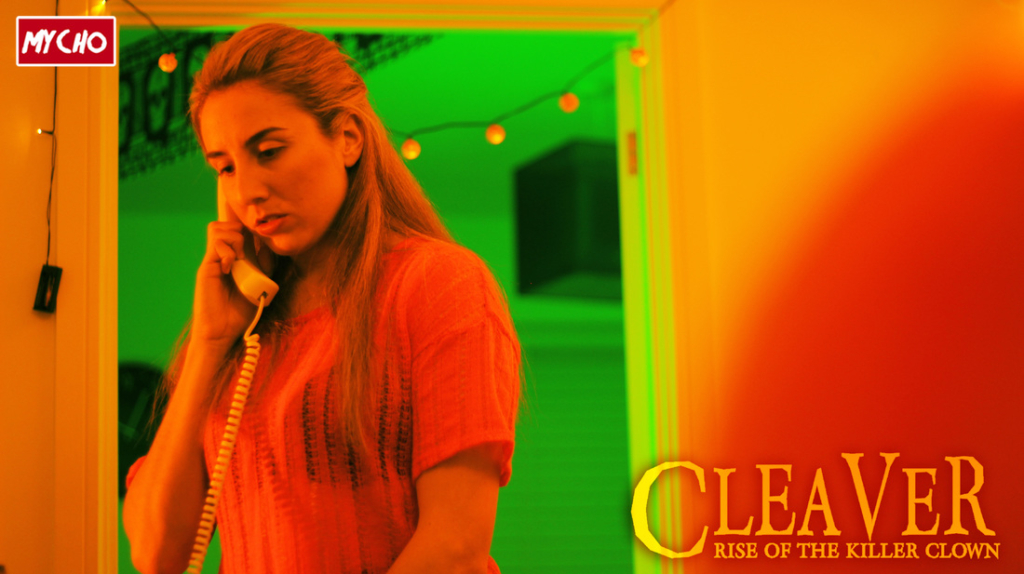 There were a few scenes where toy cars were astutely used, and at first glance they were pretty convincing. I think that the use of these scenes only added to the campiness of the film, throwing in a little comedic value for added pleasure, even though I know that was not the intention. It gave the film a pragmatic, almost comic book vibe.

Cleaver’s low budget B-film aspect, comparable to that of Halloween and Friday the 13th, is the reason I fell in love with the genre to begin with. Omissions and oversights are, in my opinion, what create stand out films. And films like the aforementioned are what build franchises and put them on a path to a lasting and successful stay, usually accompanied by a multitude of prequels and sequels.

Cleaver: Rise of the Killer Clown is an absolute low budget masterpiece.

Inventive, captivating and entrancing. Buoyant and innovative. A severed head above the rest. Mood infused and atmospherically menacing. A petrifying tale to keep you up at night.

On the Monster rating scale, I give this film 2 out of 3 scratches.

So if you’re looking for a film to scare the pants off your siblings or significant other, this film will have them sprinting for the restroom. Pony up, shell out a few measly dollars and head over to Mycho Entertainment to collect your copy of this instant classic. Just remember, stay aware of your surroundings at all times because you never know what’s hiding in the shadows. There just might be a Cleaver nearby.