When it comes to the top monster movies and creature features of all time, there aren’t very many that consist of what can be considered a true “monster”. While there are a few original films that contain nontraditional beasts, they usually all follow the same format. It’s generally some kind of man in a costume, or sometimes something a tad more animalistic .

Splinter is a 2008 horror film written by Ian Shore and Kai Barry and directed by Toby Wilkins. It stars Shea Whigham, Jill Wagner, Paulo Costanzo, Rachel Kerbs, Laurel Whitsett and Charles Baker. An unlikely group defends themselves against a parasitic organism looking for hosts at a remote gas station.

Crafting something that has no actual shape or form is a million times harder than making the standard monster in a costume film. Therefore, it’s highly unlikely for fans to run across such unconventional, unorthodox adversaries that aren’t somewhat humanized in one way or another. The truly terrifying beasts, however, are those who can attack and adapt without adhering to any permanent physical limitations or constraints . 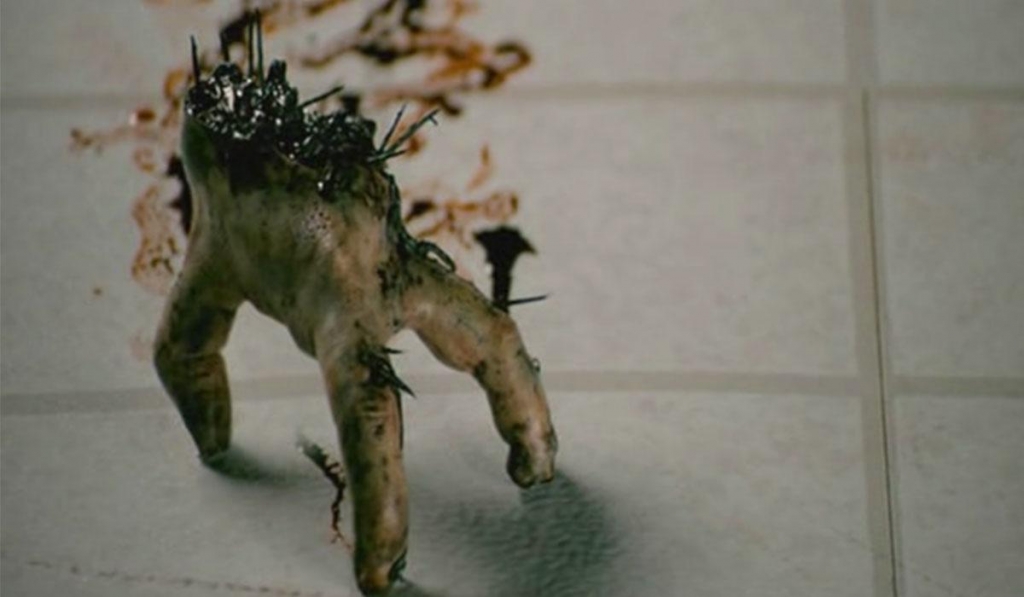 There are monster movies, and then there are “Monster Movies”.

Splinter takes a simple everyday concept and flips it on its head, creating a truly nightmarish campaign for top monster of all time. The organism in the film is simply brilliant. It’s completely original and up there with some of the best monsters in the genre, such as John Carpenter’s The Thing, The Blob, and the beast from the 2006 Korean film The Host, “aka” Gwoemul .

SPLINTER is non-stop horror and gore. The film starts strong and finishes like a power lifter on steroids. The monster is unlike any other ever put forth on screen. It’s nail-biting, super gory and, in my opinion, the greatest pure monster film of all time. 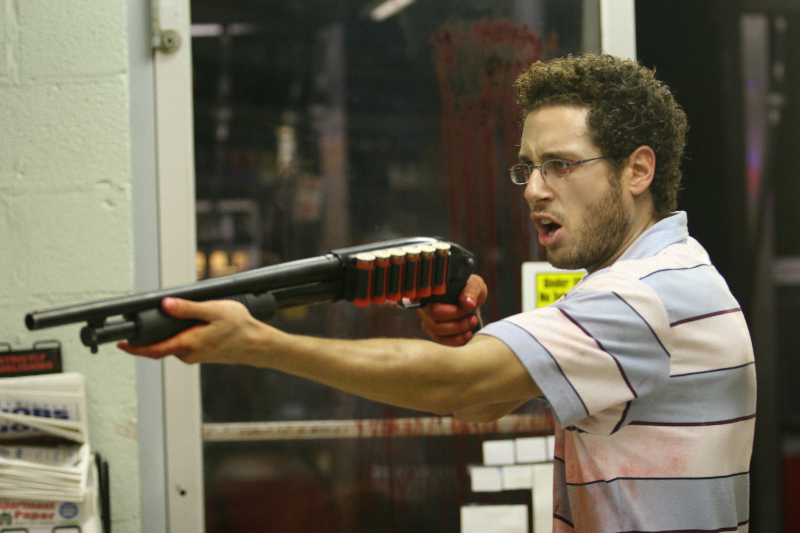 The acting is excellent. The characters are relatable. And, being that the creature is so vicious, you really find yourself rooting for everyone involved to survive. Paulo Costanzo and Jill Wagner are fantastic as the couple Seth and Polly. You can’t help but feel empathetic for them and hope they make it out alive, together.

The best performance though comes from Shea Whigham as Dennis. He’s the glue that really holds the film together and essentially carries it on his back. His character’s hardened persona and determination make for one tough and viable opponent for the Splinter. It’s the good old-fashioned tale of man versus monster. 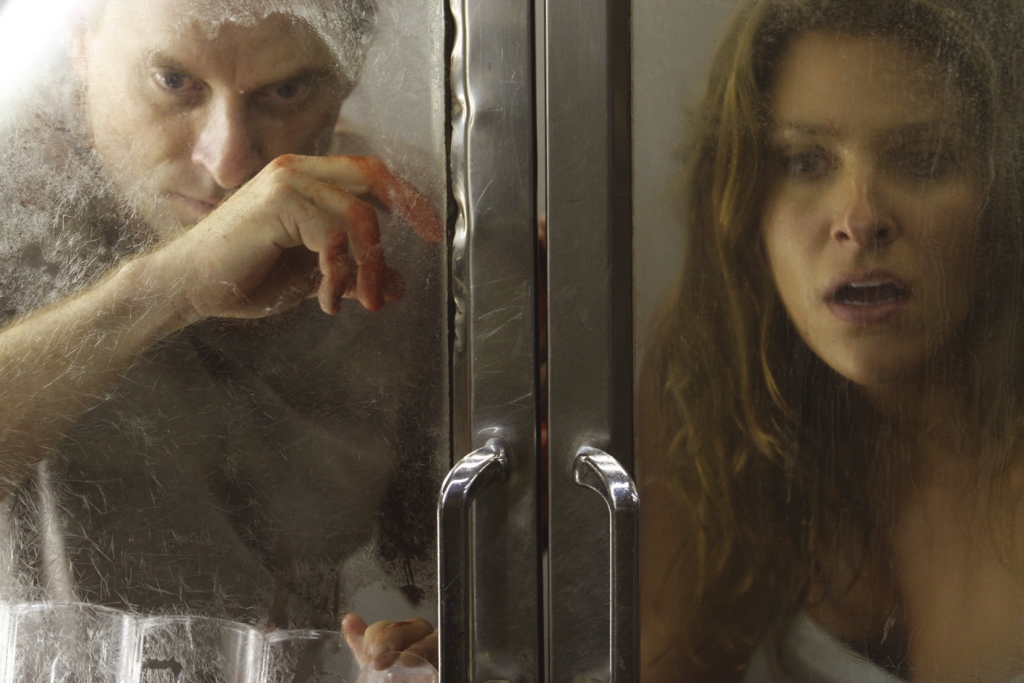 The special effects and gore in this are top notch.

The way the creature transforms and exploits its host is pure genius. It’s some seriously scary shit. Splinter is the last type of monster you want to be isolated in a secluded area with.

The make-up and costumes were executed very well, and the set was absolutely phenomenal. Use of the small, claustrophobic gas station really adds a frantic, deadly aspect to the film. It provides essentially no hiding spots nor any potential weaponry. That makes for a more cruel, intimate battle with evil.

The only thing that was a bit of a let-down was the editing. Some of the best scenes were a little hard to follow due to too many quick cuts all jammed together. Had they slowed the action down a notch and given the fans a clearer view of what exactly was going on, it would have made the film that much better. While some of the edits were a bit rough, it still doesn’t take away from an ultimate monster masterpiece. 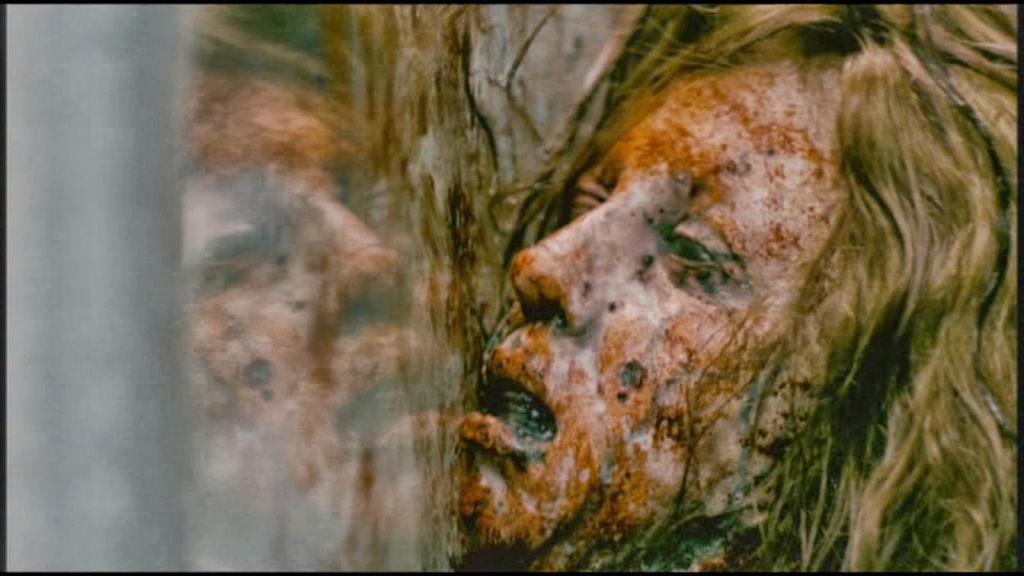 So, if you haven’t seen the gory powerhouse film Splinter, you need to get on it.

There’s nothing like watching a good old-fashioned late-night monster movie to get the blood flowing.

It’s definitely not for everyone and is a total freight train of monster madness. Give it a watch if you’ve got the guts. Currently, the film is available on Tubi and Vudu to watch for free.