As adults, we are supposed to protect and care for children, but what happens when kids become the source of danger? True horror.

One of the most popular sub-genres of horror is the “creepy kid” movie. The reasons why these films work so well are simple. Kids can be hard to handle in the best of situations, so putting one in a horror setting only serves to elevate the tension. These films are also relatable — albeit in an extreme way — because most people (especially those who are parents) can relate to dealing with a tiny terror. And there is something very unsettling about subverting the notion that children are innocent and vulnerable and, instead, making them sinister and threatening.

In this article, we take a look at some of the creepiest kids in horror history — from the classics that you know to a few modern gems you may have missed. 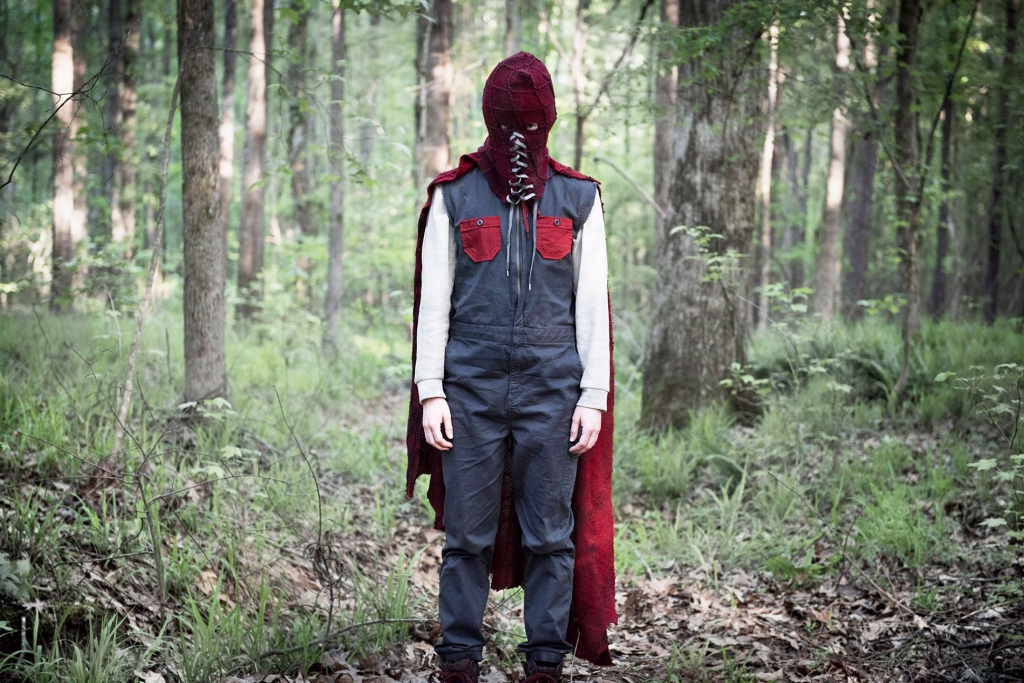 Anyone familiar with Superman will recognize the story. An alien ship crashes on a secluded farm. The owners adopt the child they find inside as their own. As he gets older, he exhibits superhuman abilities. However, in this version, things take a dark turn once Brandon realizes he can do whatever he wants — and no one can stop him.

What makes Brandon (Jackson A. Dunn) so creepy is this lack of empathy and fear of consequences mixed with the tremendous power he wields. The chilling mask he wears also does not help.

Currently, you are able to watch Brightburn streaming on FXNow, fuboTV, or Spectrum On Demand. It’s also available to rent or buy on most VOD platforms. 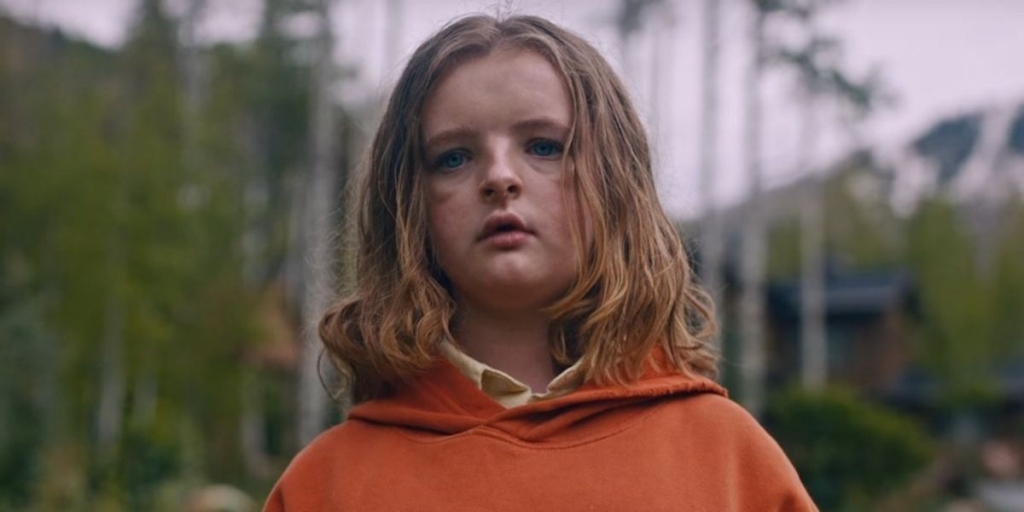 Even if she does not know it, young Charlie (Milly Shapiro) is arguably the most important part of the decades-long plan in Hereditary. There is an innocence to her, coupled with sadness and confusion, that makes her an offputting but sympathetic character. She is more of a pawn in a very deadly game than anything else.

Still, her strange ways and incessant tongue clicking are creepy even before Paimon gets involved in the equation.

Hereditary is now streaming on Showtime, fuboTV, DIRECTV, and Spectrum On Demand. You can also rent or buy the film on most VOD platforms. 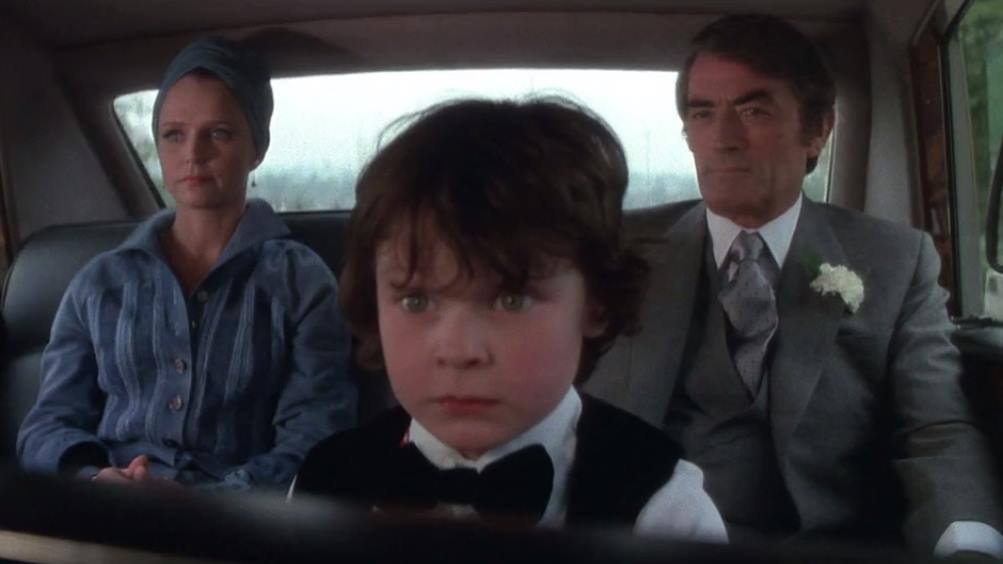 You’d be hard-pressed to find a more disturbing, or a more memorable, moment in horror history than this jaw-dropping scene in the original 1976 film The Omen. And it’s a little surreal to think that one of horror’s most frightening moments involves a five-year-old child. However, when said child is actually the Antichrist, it makes a little more sense.

Damien Thorne (Harvey Stephens) straddles the line between creepy and outright frightening. Unlike other scary children who tend to lose their cool, he is constantly in control. And his knowing smile at the end of The Omen will give you chills. Easily the most iconic creepy kid on this list, Damien is the model by which all other creepy kids in horror are judged.

The Omen is available to rent or buy on most VOD platforms.

This underrated Austrian horror movie not only has a set of creepy twins but also boasts a creepy mummy-like woman.

In the film, two brothers (Lukas and Elias Schwarz) are trying to figure out if a bandaged woman, returning home following a significant reconstructive surgery, is truly their mother. Since her return, she isn’t quite herself, and there’s a pervasive feeling that everything is not as it seems. Goodnight Mommy builds tension and suspense as we try to figure out exactly what is going on in this gripping mystery.

I don’t want to ruin the unforgettable ending for you, but the film does an exceptional job blending emotional depth with absolute horror.

You can now watch Goodnight Mommy for free on multiple platforms, including Tubi, and Vudu. 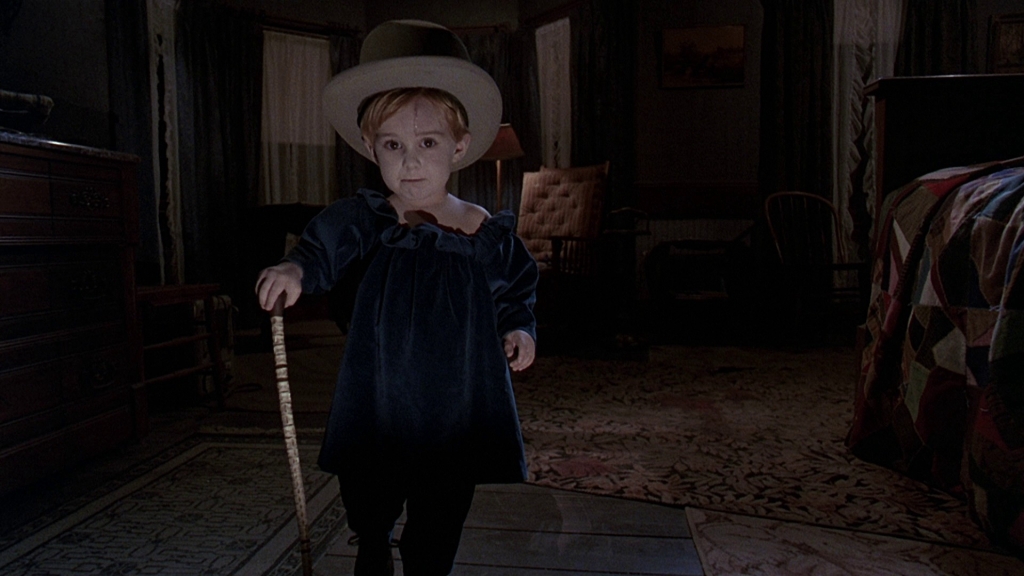 Few things in horror are as disgusting as a graphic ankle slashing. That’s what makes the scene in the original Pet Sematary when the reanimated Gage takes a scalpel to Jud Crandall among the film’s most infamous and upsetting scenes. And that’s just the beginning for the adorable toddler-turned-vicious killer.

The filmmakers did an amazing job casting a young actor for Gage (Miko Hughes) who is utterly cute and cherubic at the start of the film, but also truly terrifying — despite his small stature and young age — later in the film.

From a visual standpoint alone, there is no creepier kid in horror.

The 1989 film Pet Sematary can be streamed for free on Netflix or Pluto TV. 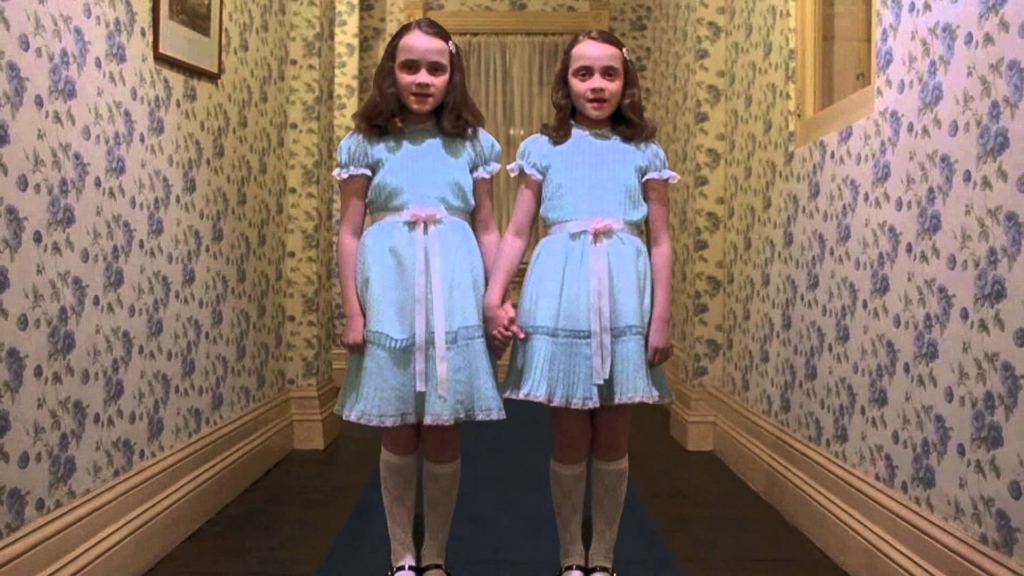 Though their chilling effect has been somewhat diminished by decades of parodies, few will argue how much they were freaked out the first time they saw the Grady Twins (Louise and Lisa Burns).

Unlike the other kids on this list, the sisters are not the main antagonists, or even central characters, in The Shining. They make only a brief appearance and are used more to create atmosphere and tension rather than to propel the plot. Despite that fact, they remain one of the most iconic parts of Stanley Kubrick’s classic film.

They are also among the most visually recognizable in all of horror. It’s a textbook example of “less is more”. A brief glimpse of these two creepy kids is enough to permanently ingrain the sight in our collective memories.

You can rent The Shining on most VOD platforms or stream it for free on HBO Max. 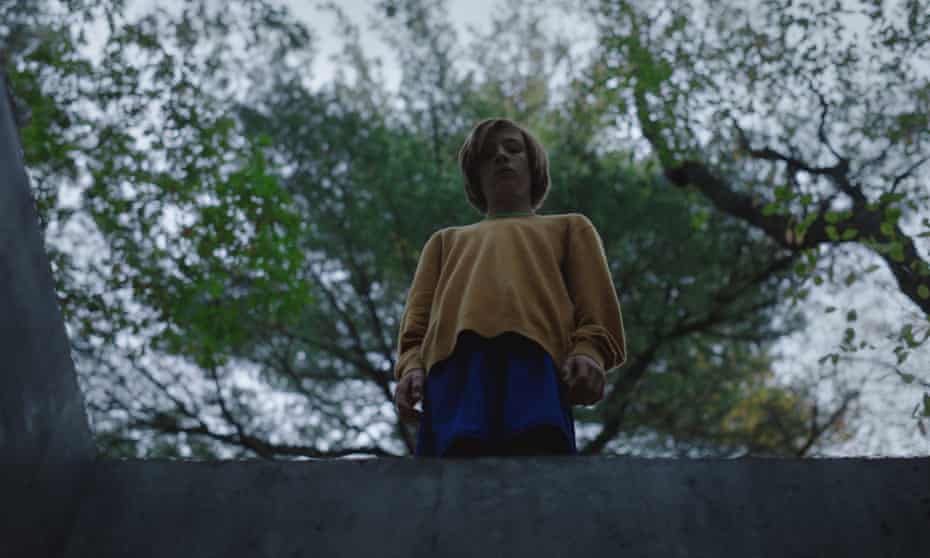 There’s nothing more frightening than when a person does something harmful to others for no other reason than because they can. It’s what made the home invasion in The Strangers so terrifying: the randomness of the violence.

While there is a little more to 13-year-old John’s motives than “just because”, there’s not much more in the frightening, 2021 coming-of-age psychological horror-thriller John and the Hole.

John (Charle Shotwell, Eli) never seems affected by anything. At most, he becomes curious. When he traps his family in an unfinished bunker in the woods, seemingly without provocation, there is no malice or grand scheme at play. He also does not seem bothered or worried. His vague motivations only add to the significant creep factor.

You can rent John and the Hole on most VOD platforms.