If you want to take your love of gaming to the next level, and maybe even win a killing, we present three of the best online horror slots.

Scary stories featuring monstrous characters and terrifying plotlines have been sending chills down our spines for as long as anyone can remember. Why so many of us thoroughly enjoy having the bejesus scared out of us is hard to explain. It is a powerful phenomenon that transcends age, gender, and race. For those of us that love it, there are plenty of ways to get that much-needed adrenaline fix, including countless movies, books, graphic novels, and campfire ghost stories.

It’s not surprising then that the genre has found its way into the kaleidoscopic array of themes that make up the slot game category. There are some excellent horror-themed slot games to be found in the online casinoverse, and we’ve got the difficult job of narrowing down the list to the three best horror-themed slots on the market.

A NOTE ABOUT REAL MONEY SLOTS: 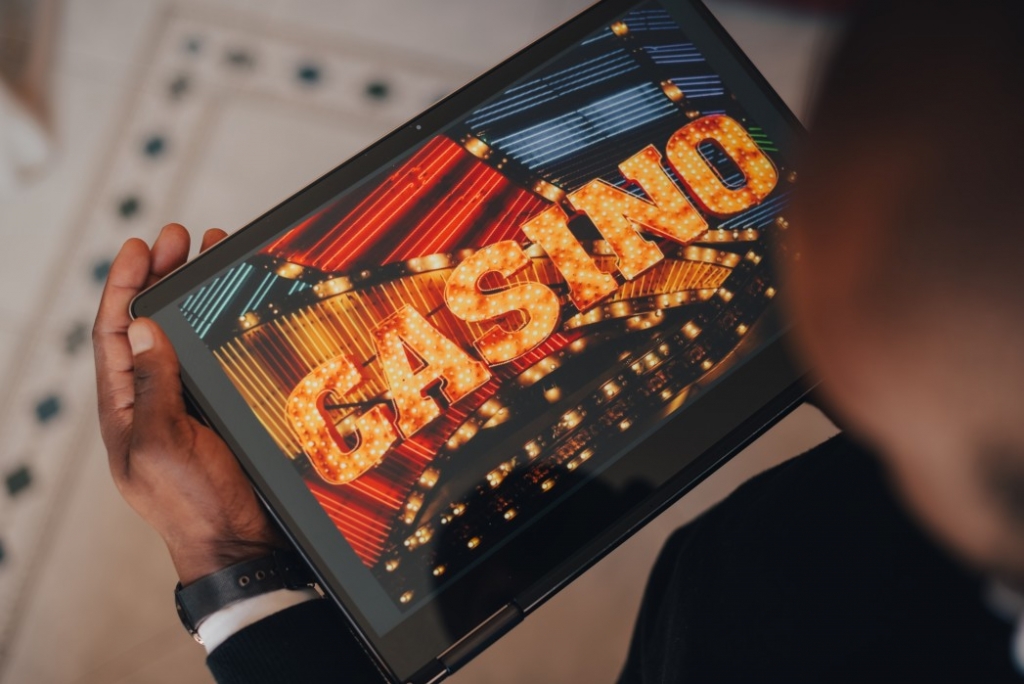 Before we reveal our top 3 horror picks, a quick word about real money online slots reviewed here. Real money slots generally make up the largest proportion of casino games on offer at an online casino. Slot games are easy to get the hang of, and they don’t require a huge amount of concentration to play. One lucky spin of the reels could result in a jackpot win of a life-changing sum of money – a temptation that is hard to ignore.

Slot games offer a wide range of betting limits, which means that you don’t need to place huge bets in order to reap rewards. And, as previously mentioned, slot games can be found in a huge array of themes.

In this article, we’re focusing on the best horror slot games, but you can also find slot game themes that feature cowboys, superheroes, Nordic gods, Vikings, cute animals, fairies, and leprechauns, to name but a few. Slot games also feature a wide range of special features that help to make each slot game different from the next. You may find slots that offer loads of chances to win free spins, or you may find slots that offer symbols with multipliers, cascading wilds, or progressive jackpots. 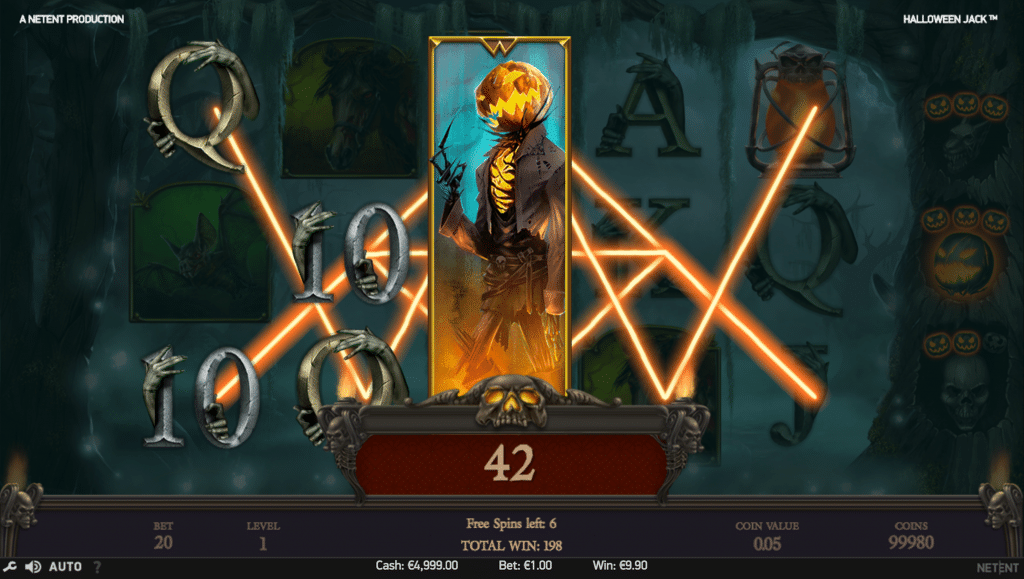 Without further ado, we can reveal that the first horror-themed slot game to make it onto our list of recommendations is Halloween Jack. This creeptastic slot game is brought to you by none other than NetEnt — one of the best software providers in the business. The chilling backstory to Halloween Jack centers on a young girl who inadvertently opens a jewelry box that holds a nightmarish curse.

The curse controls the girl and makes her do terrible things, including unwittingly releasing an unspeakable evil into the world; an evil that permeates every aspect of the Halloween Jack slot game.

The graphics in this game are perfectly in sync with the theme, and the sound effects will undoubtedly send chills down your spine. The atmosphere of fear and loathing is so perfectly executed throughout this slot, that you might want to turn the sound off if you’re playing alone in the house. Or you may want to stick to playing this slot game during daylight hours!

The beautifully horrific theme is not the only thing that this slot has going for it. As with any NetEnt slot, the gameplay is on point, too.

The game features a typical 5 reel, 3 row, 20 pay line set-up. But within the confines of this set-up, you’ll find plenty of special features that keep things interesting. Scatters regularly pepper the reels to reward you with free spins, along with Wilds, Expanding Wilds, Stacked Wilds, and a Walking Wild that all bring with them their own particular bonus.

Keep your eyes peeled for the Jack-O’Lantern bonus round because, when it lands, it will help you to unlock a selection of scary wilds that could make any winning reel hugely lucrative.

2. A Nightmare on Elm Street 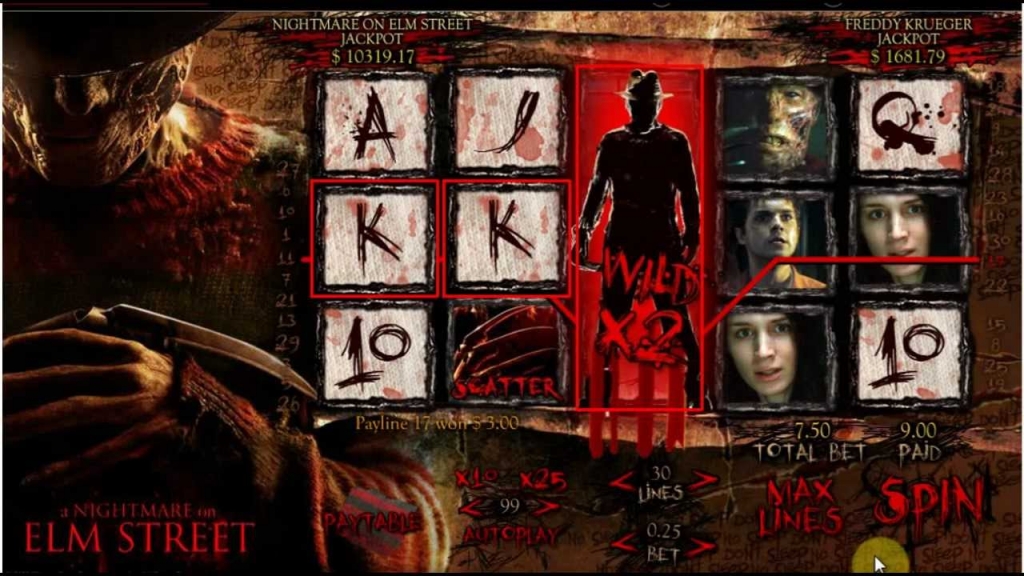 Who can forget the first time they came face to face with the gnarly face and terrifying claws of the iconic Freddy Krueger? Krueger terrorized a generation of movie-goers in the ’80s, and he continues to make his presence felt to this day. If you’re brave enough to let Freddy permeate your dreams once again, we recommend playing the A Nightmare on Elm Street slot, by Random Logic.

The whole look of this slot game is a direct reference to the film. Freddy takes his place next to the reels, smirking ominously from under his hat. The reels feature characters and symbolism that will evoke terrible memories of watching Krueger films for the first time. And the sound effects will make your skin crawl.

If you can hold your nerve, though, you’ll be rewarded with awesome gameplay. This slot features plenty of special features within its reels, not least of which is the Never Sleep Again bonus round where you’ll get a chance to win two progressive jackpots. 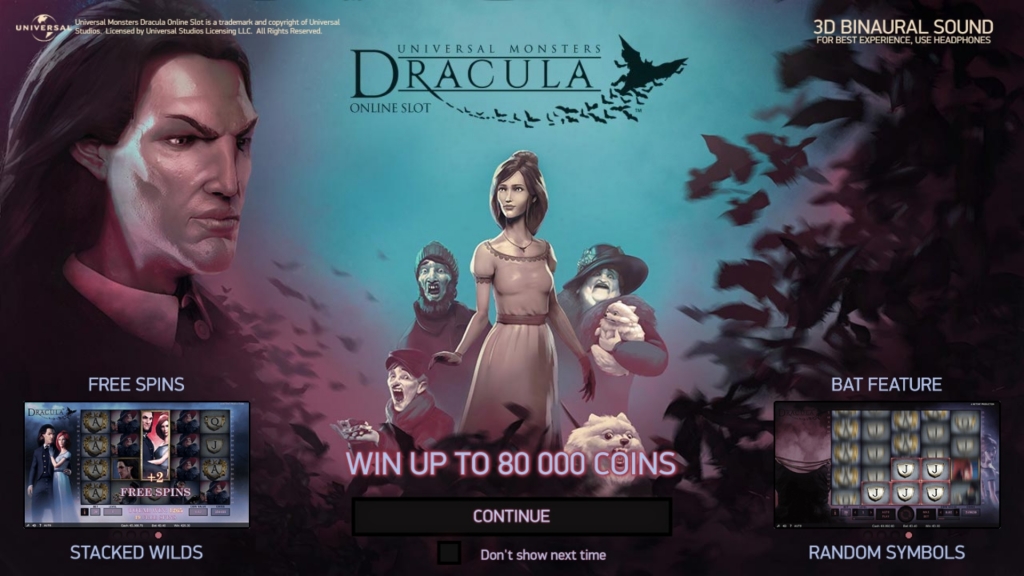 No list of horror-themed slots would be complete without Dracula making an appearance. So here he is, in NetEnt’s Dracula slot.

To be fair, there are loads of vampire-themed slots to choose from that could easily have made it onto our list – NetEnt’s Bloodsuckers being a prime example. But we’ve decided to go with the most iconic vampire of all time, and this slot by NetEnt is a fitting tribute to one of the greatest and creepiest protagonists of the genre.

The Dracula slot harks back to the titular vampire that graced movie screens in the 1930s, but the animation is modern and sleek. The game is set up with 5 reels, 4 rows, and 40 pay lines. You’ll be given plenty of opportunities to get your hands of free spins, stacked wilds, and stacked symbols.

And if you’re patient, you’ll get to see Dracula transform himself into a cauldron of bats that will fly across the reels and then land on the reels as symbols when the reels stop spinning — meaning you could end up with pay lines full of matching symbols.