The Timeless Terror of “Tales From the Hood”

While not conventionally scary, “Tales From the Hood” terrifies by reflecting the horror of real life — as relevant today as when it was first released. 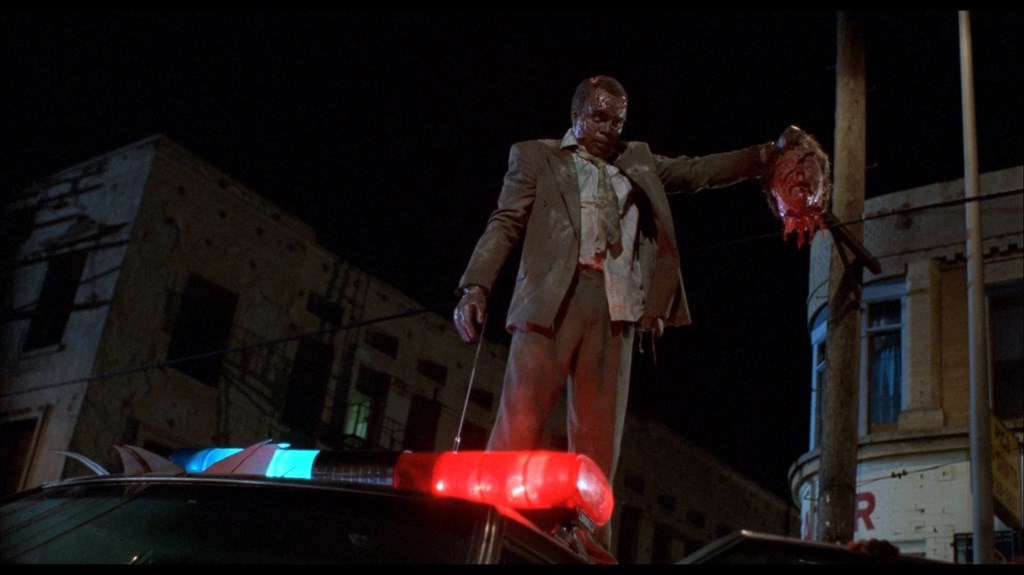 Released in 1995, Tales From the Hood is a staple of modern black horror.

Directed by Rusty Cundieff and executive produced by Spike Lee, Tales From the Hood isn’t very heavy on traditional horror. Instead, the real terror comes from the act of daring to be black in an overly-policed state built on white supremacy and the subjugation of African Americans. The horror is already baked in, and all Lee and Cundieff had to do was craft a character or two.

Lee, of course, is known and celebrated for his timely social commentary, and Tales From the Hood isn’t anything we haven’t seen from his films time and time again.

Almost too heavy-handed that it borders on comedic at times, the film is separated into three short stories that are loosely connected, with an intro and a conclusion. Besides police brutality, the segments cover timely issues that are still wounding black people in the United States, including domestic violence, white supremacy, and gang warfare.

Each of the shorts is worth a watch, but I want to specifically focus on the first segment: Rogue Cop Revelation. 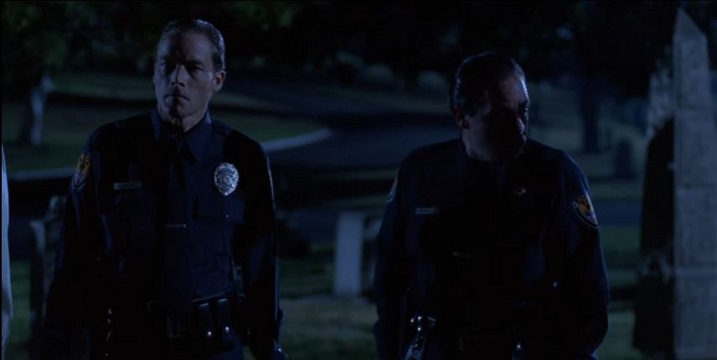 Clearly disturbed by this behavior, Clarence begs them to stop, and they usher him back to the car. After Clarence’s departure, the white cops brutally beat Moorehouse over the fact that he is trying to curb police corruption in the city, and they end up killing him. To add insult to injury, they plant drugs on him, and roll his car into the river  —  with Moorehouse still inside.

After this traumatizing event, Clarence leaves the police force and wanders around the city in a drug-induced, guilty stupor, furious with himself that he didn’t do more to help Moorehouse, and furious that Strom, Newton, and Billy get to keep their jobs after the murder. He is suddenly called to action by the voice of the dead Moorehouse. 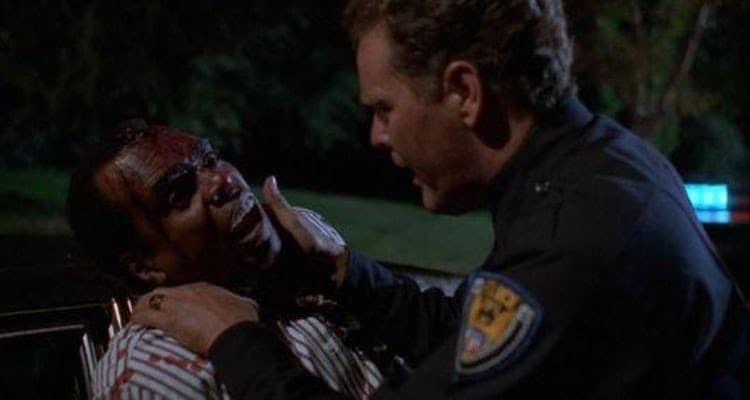 Clarence then gets Newton, Billy, and Strong together once more for a night that they’ll never forget.

To be honest, the acting in this one is hokey at parts. It’s a little over-the-top, especially when it comes to the cop’s dialogue. And it isn’t scary so much as it is unsettling and a bit depressing.

However, I’d be lying if I said it didn’t reflect the exact state of policing in America, the extent of what officers can get away with, and the way police brutality has once again come to the forefront in the wake of the horrific murder of George Floyd. 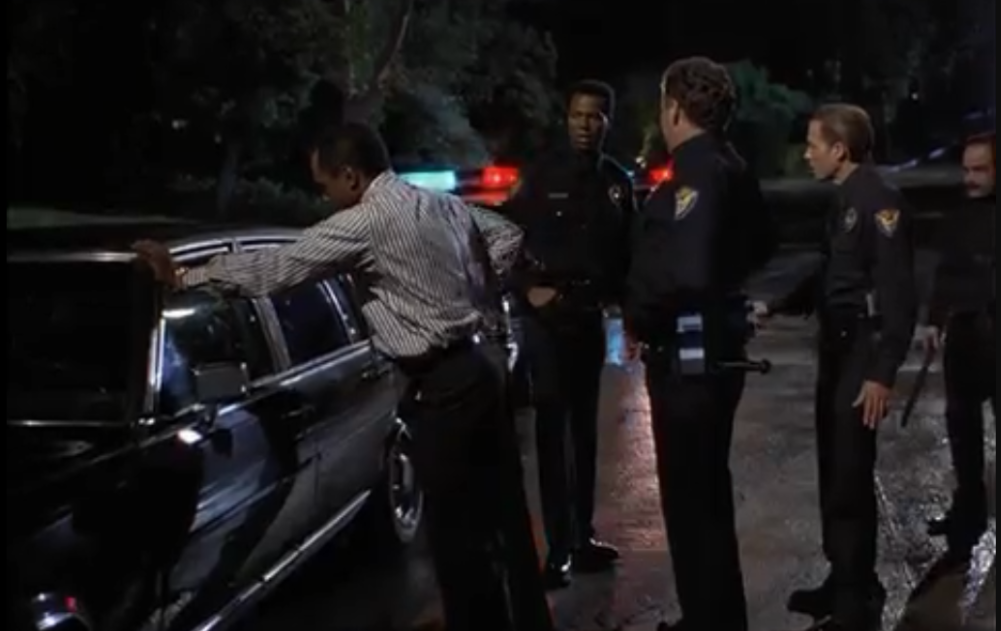 It’s hard to imagine officers would beat a man to death over a routine traffic stop — until we hear about the story of 28-year-old Maurice Gordon from this very year, who was killed by a New Jersey state trooper after being handcuffed and pulled over for speeding. It seems implausible officers would go so far as to plant drugs — until we see a literal video of an officer actually planting drugs, only one of a handful of both videos and articles that exist detailing times when police intentionally planted evidence on a suspect, including an instance where a Florida cop planted meth on a man and hit him with a felony drug charge. The man ended up losing custody of his daughter.

In Tales From the Hood, we watch in horror as the cops gather at Moorehouse’s grave, and each take turns pissing on his headstone. But there’s no way cops would defile a grave like that in real life, right? Just two days before I wrote this very article, Aurora police were caught taking pictures in front of Elijah McClain’s grave, mocking the chokehold they put him in that resulted in his death.

Elijah McClain was an anemic, 23-year-old massage therapist, who played the violin for cats in shelters. He was killed by police coming home from a convenience store (much like another black young man) because he was wearing a ski mask to keep his face warm. The officers choked him so violently that he vomited on himself. And as he sobbed and pleaded for mercy, that cry fell on deaf ears. When the EMTs finally made it to the scene, they shot him up with Ketamine, and he went into cardiac arrest on the way to the hospital, where he died within a week.