Hallowed Halls of Horror: The Innocents (1961)

“The Innocents” is widely considered one of the best ghost stories ever filmed and the finest screen adaptation of James’ novella “The Turn of the Screw”.

More than just a ghost story, Henry James’s classic novelette, The Turn of the Screw, delves deep into themes of abuse and burgeoning sexuality. After all, is there really anything more sinister than a child losing their innocence? Perhaps this is why the work is still taught across college campuses today, and why it might be the most studied ghost story of all time.

The plot is just as simple as any other haunted 19th century novel you’ve come across.

A governess is brought to a large estate to take care of a pair of children for a rich, but emotionally distant, relative. But the children aren’t quite what they seem. By the end, we’re left asking the same question later posed in Shirley Jackson’s The Haunting of Hill House: are there really ghosts, or is the main character just mad?

What haunts Miles and Flora isn’t just the potential spectral, but a childhood fraught with sexual abuse. 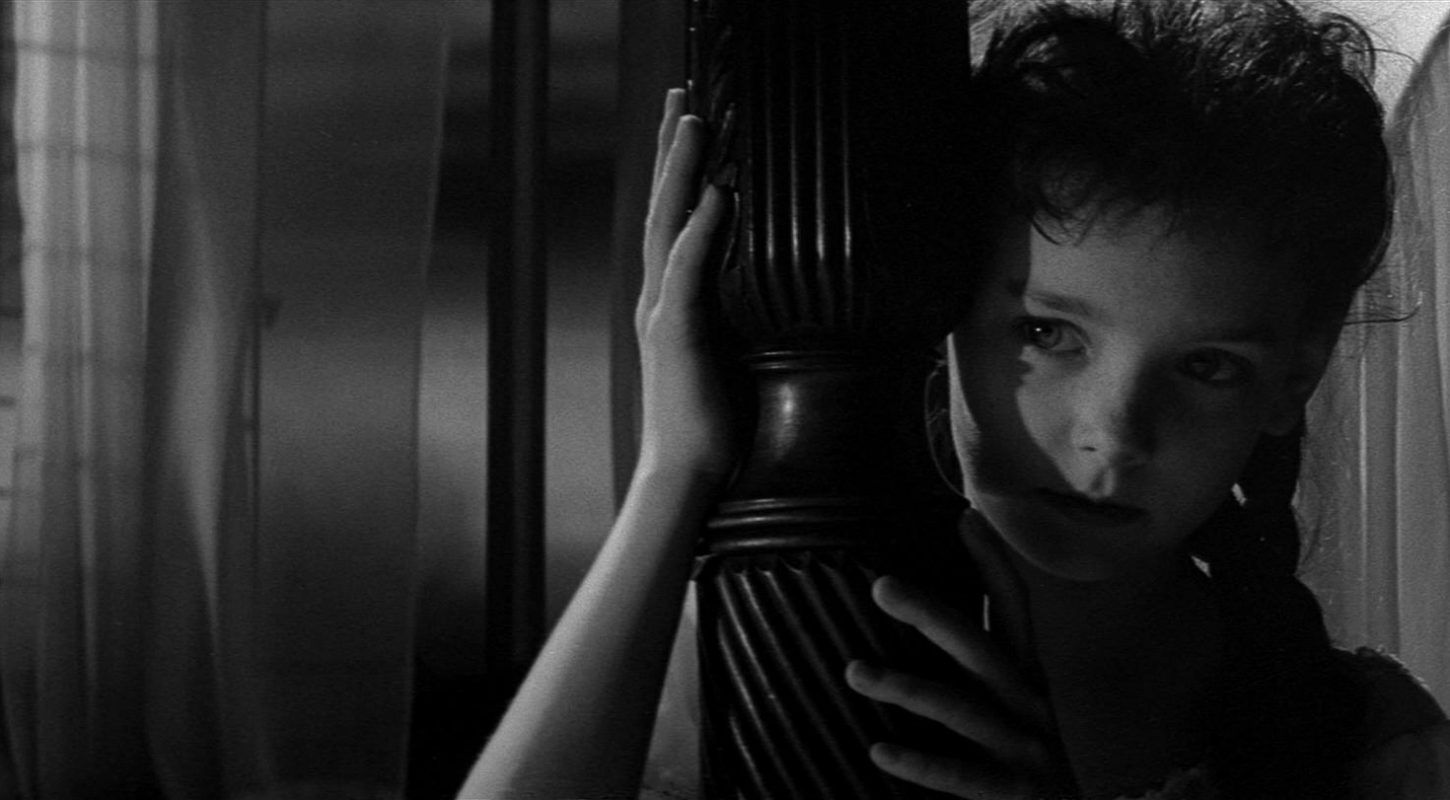 The piece of fiction, and the film, never completely divulge how far the abuse was taken, but there’s a lot to infer.

Per usual, the idea of what might be conceived of as rough sex is demonized from every angle. Miss Jessel, the previous governess, and another employee, Peter Quint were said to have been extremely sexual, with indications of bite marks and restraints. But we can’t forget, this was the 19th century, and the rules of courtship were quite a bit different. Even if the two were on a large estate, tucked away from the rest of society, they still had rules they had to abide by.

Miss Jessel’s job was to care for the children. The other workers would keep her in check if they saw Miles and Flora running wild. So stick to her they must…even when she was with Quint. Again, the explicit details aren’t there, but neither option presented is good. Either the twosome kept the kids around while they had sex, or they involved them.

Either way, the effect it takes on their innocence is noticeable; especially in Miles.

The governess shouldn’t have even met her male ward for some time, as he starts the story away at school. Even though she ends up being concerned over his expulsion, she’s happy to have such a charming young boy to keep her company. But as he grows more comfortable with her, he grows more sexual, kissing her on the mouth and eyeing her up in ways that a child his age shouldn’t understand; a common occurrence in people who have been sexually assaulted at a young age.

So what’s the truth?

Are they seeing their abuser because of post traumatic stress? Or are they truly haunted by something secretive, whispery, and indecent? What’s a night terror and what’s reality? The book is vague, leaving it up to the reader to decide for themselves what the horror is.

But the film adaptation of The Innocents is just a little more pointed.

The title alone draws attention to the fate of the children.

While there most certainly are ghosts stalking about the grounds (the scene with Miss Jessel standing in the water being one of the most terrifying displays of spectres on film), that isn’t really the horror. The governess is certainly frightened by the physical ghosts, but she’s more worried about their seeming possession of the children.

The horror is how Miles and Flora suffered; how they’ve lost their childlike view of the world. Are they still innocent after what’s happened to them? After the way they toy with the governess?

Much like the previously covered Cat People, lack of color is a choice in The Innocents. 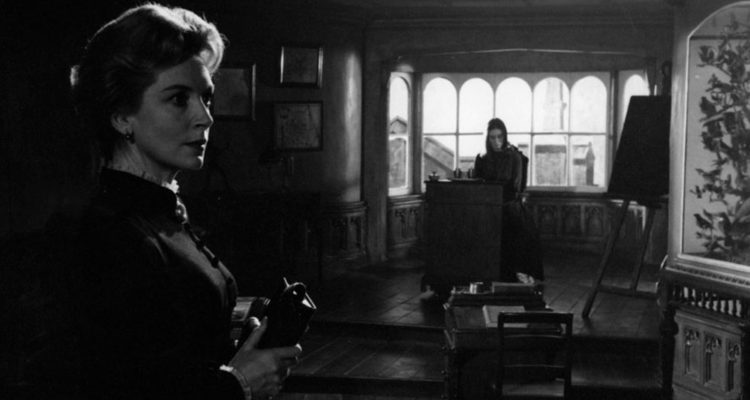 The black and white helps transport us to the past — to a world drenched in candlelight and decorated with rich tapestry and crystal chandeliers. In fact, a lot of the scenes are lit by actual candle. You can watch the wax drip and the heights of each wick change throughout.

Everything in the film fits together seamlessly, from the phenomenal acting, to the beautiful wardrobe and set dressing. In fact, the film was nominated for a plethora of awards, including two BAFTAs and one for best directing from Directors Guild of America.

You might have seen an updated retelling of James’ work in 2020’s The Turning, starring Finn Wolfhard. While the movie keeps the same general themes of sexual repression and deviancy, it misses the mark on delivering the same tension and eeriness that allowed The Innocents to flourish.

So do yourself a favor: turn the lights off and watch the 1961 black and white ghost story. You might not be able to stream it here in America, but you can pick up the Criterion release wherever copies are sold.

The Criterion collection is currently 50% at Barnes & Noble throughout the month of July for the bi-annual sale, so if you miss it this month, catch it half off again in November.