Spine-tingling music mixed with haunting visuals is the soul of real horror, as proven by these five shiver-inducing music videos. 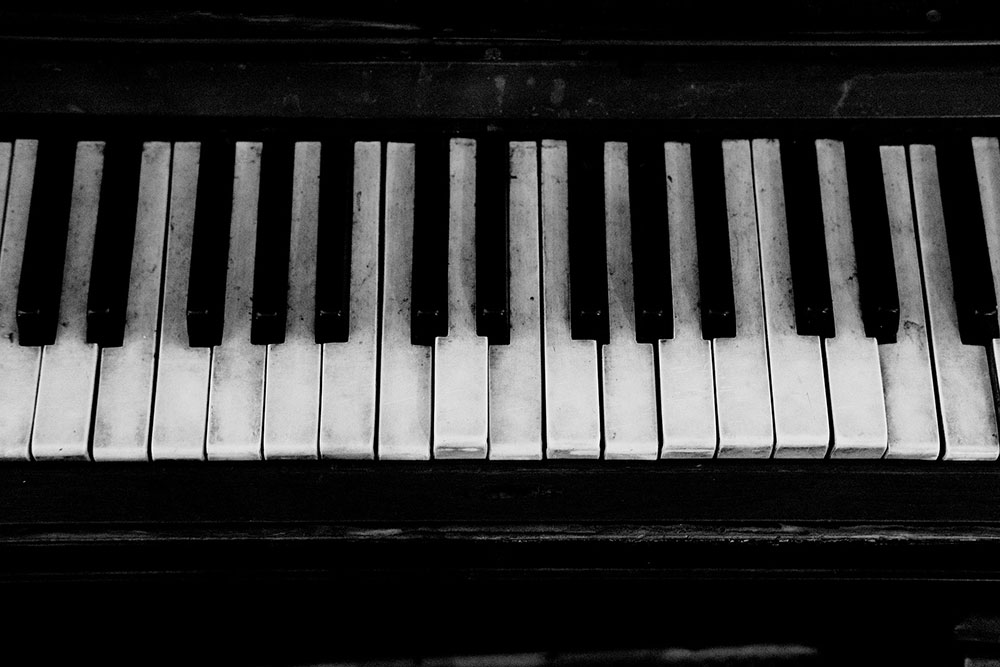 Perusing through the ample music video selection that YouTube offers up on a plate can be harrowing. If your tastes are for the more macabre, the gyrating figures draped in neon colors parading the pop circuit may induce a state of perpetual terror. However, hidden among those video treasures are some real horror gems. Here are my personal top five horror music videos, which are as bone chilling as they are toe tapping.

1. Your Soul Is Mine (Mushroomhead)

My first exposure to Mushroomhead’s nightmarish “Your Soul Is Mine” was through digging around the extras of the Saw VI special features. And my, oh my, what a find. With a dreary color scheme invoking rot and rust through a blend of yellows and browns, the video is a perfect pairing to the Saw series.

In other words, I was overcome with a realization: this music video looks like it smells. Like, really bad. And that makes the video an impressive barrage upon the senses.

The video consists of a non-consensual game of Russian roulette being played by the nightmarish members of the band. Indeed, Mushroomhead invokes horror in every video they create, and in every live performance, as they embody horrific iconography through their costuming.

So. Monsters playing Russian roulette. They get tortured a lot. Lots of creepy dolls do said torturous activity. It is inherently unpleasant, sprinkled lovingly with lots of jarring angles that insist the viewer partakes in the looming sense of confusion and disorientation. The masterful application of color palettes and haphazard cinematography grants “Your Soul Is Mine” a makeshift quality which sparks discomfort amidst the viewer — and marks the video as a great success.

“Mein Teil” is no exception to this run of shock horror. With no prior understanding to the references being made within the lyrics and video, the music video is already deeply unsettling.

Sex and brutality are lovingly intermingled within a dimly shot set, with the familiar features of each band member being ever so slightly skewed. Decadence and consumerism are also woven with lust and destruction, clearly referencing the dichotomy between the desires of mankind, and the pursuit of hedonism, being at odds with the inner fight to restrain these urges.

However, with the slightest amount of research, one soon realizes that “Mein Teil” is inspired entirely by the Armin Meiwes case – known more colloquially as the Rotenburg Cannibal. Meiwes gained notoriety after the brutal cannibalistic murder of Bernd Brandes. The case sparked deeper controversy as it had been consensual, as a part of a sexual relationship between the two men. 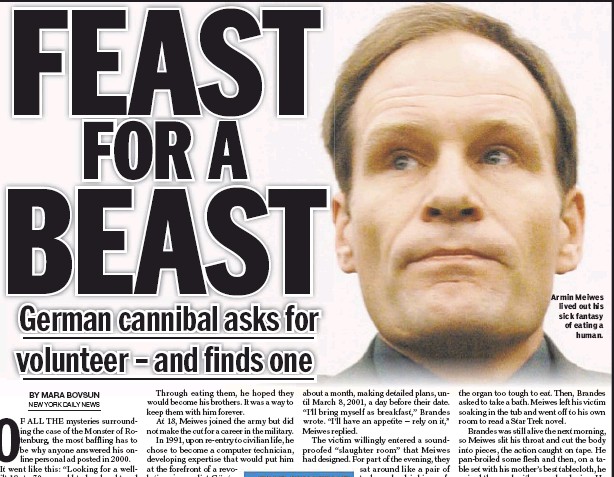 Meiwes had advertised upon the fetish website, The Cannibal Café, looking for a willing participant. The pair met up and recorded Brandes’ eventual demise, beginning with the amputation of Brandes’ penis and the two attempting to eat it. Thus, the name of the song: “Mein Teil” refers to ‘my part’, meaning penis. Clearly Rammstein are not ones to mince* their words.

(*I apologize for the accidental wordplay, I didn’t mean man mince.)

The video eerily begins with the advertisement that Meiwes had posted upon  the internet in search of his dinner date: “Looking for a well-built 18 year old to 20 year old to slaughter – The Master Butcher”. If this doesn’t invoke a shudder from all wielding a wiener, I’m not sure what will.

Ok, so technically, this is a 6 minute experimental film, with music by Aphex Twin. I’m going to bend the rules to include this video in the list as it is extremely iconic, intensely unique, and deeply unsettling.

Filmed in night mode, akin to a found footage tape, we are instantly greeted with the figure known only as “Johnny”. Johnny is confined within a dark basement with his pet chihuahua, where he is interviewed by an English accented individual (sadly, not Louis Theroux), and asked seemingly superficial questions such as “Are you well?” or offers of “a glass of water”. Johnny becomes increasingly irate, whispering “mama” until he must be subdued. 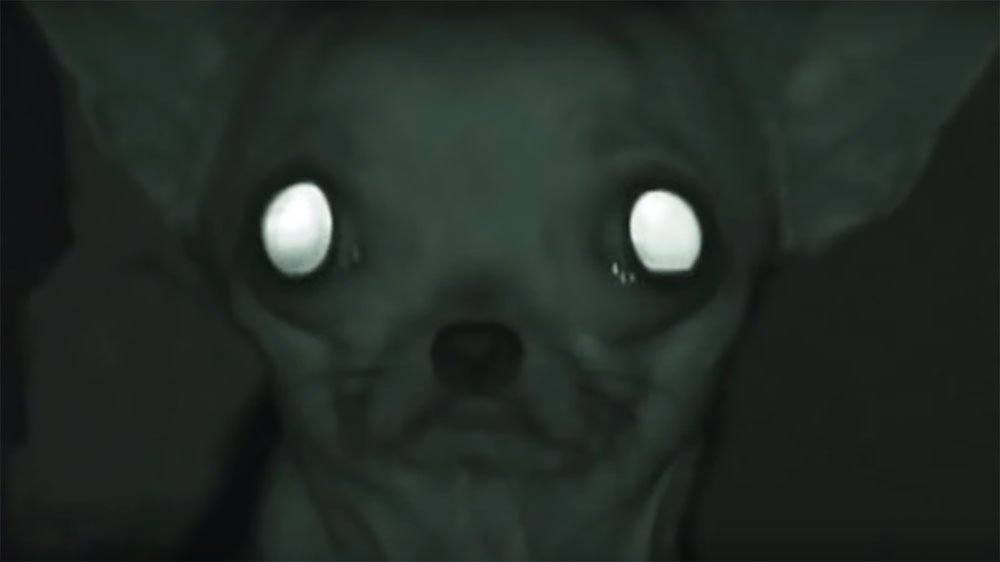 Although Johnny is confined to a wheelchair, he is shown to dance disjointedly to the music. He also takes considerable amounts of drugs. The lines between reality and delusion are increasingly blurred, interrupted by episodes of abuse by an external voice through another door, presumably his father. At the core, “Rubber Johnny” is an exploration into an abusive household, where Johnny is a pariah, left to his own imagination as solace.

The concept behind “Rubber Johnny” was revealed to have been the brain child of Chris Cunningham, whom played Johnny within the finished video. The initial concept surrounded the changing form of a raver dancing, and as he danced, he would morph until he is no longer recognizable. Indeed, the effect given is that of an alien, ostracized from society finding refuge within music.

Slipknot’s impressive “Devil in I” video was always going to appear on this list – I understand that this was very predictable. Yet I’d be lying it I apologized for its inclusion regardless.

The pale color scheme lends itself to the bloody contents of the video, allowing for the practical effects to be utilized effectively in all their grizzly gory. And utilize them they do, with highlights including self-cannibalization, removing one’s own face very graphically, as well as being eaten alive by crows.

Everything looks like it hurts a lot. The iconography of the red is suggestive of the motif of the overall message of the video – like a gory phoenix, the past must die in order to reconstruct oneself from self-imposed destruction.

With cringe inducing effects a la Toe Tag, this video is a highlight for fans of gore.

My final pick for the list is by far my favorite, deriving from Dir En Grey. This video follows little to no plot, weaving horrifying vignettes throughout a disorientating soundscape that leaves the viewer feeling like they’re trapped within a fever dream.

If you’re scared of something, it probably pops up for at least a second within “Obscure”. 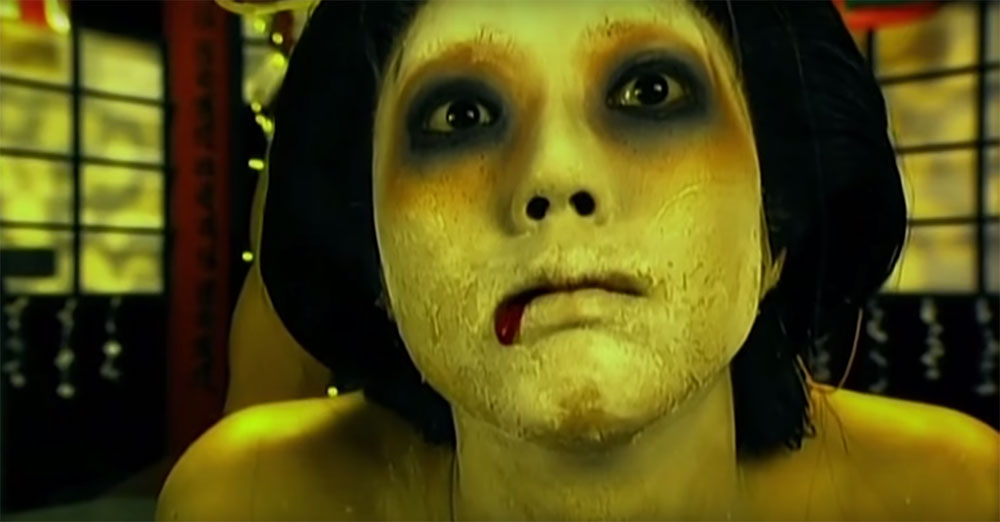 Fans of Guinea Pig 2: Flower of Flesh and Blood will undoubtedly enjoy the flashing scenes of dismemberment. Elements of Ichi the Killer also spring to mind when confronted with the seemingly comic book-esque stills of the band members becoming distorted with gore and uncomfortable imagery. Clowns and creepy Geishas make a lovely addition to the plethora of weird shit going on in Obscure – oh, and some vomit.

Stand out features of this video for me derive from the implementation of stop motion amidst the quieter aspect of the song, only to melt into a scene of baby cannibalism. The video offers plenty of room for analysis and to wrangle with an overall message: is it a commentary on gender? Perhaps the rejection of motherhood and feminine gender roles? Or perhaps is it saying that killing things is pretty gross and yucky? I’ll leave you to decide for yourself, once you’ve finished recoiling from the screen.

This concludes my list of music videos which feature a distinct horror influence. I advise you showcase some of these during a family get together – it would go down a hoot. Trust me.