Five On It: Vicious Videos 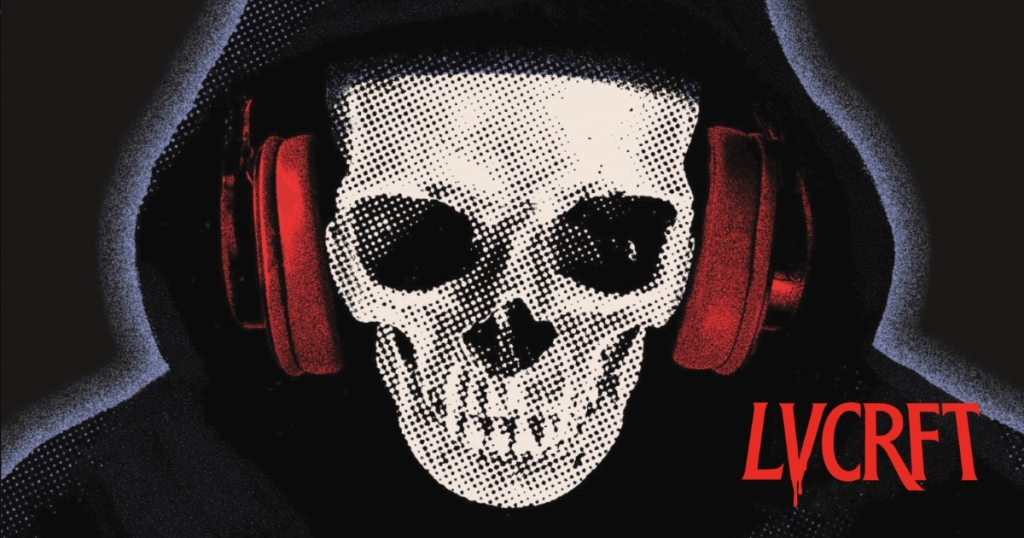 Welcome to the Halloween season, horror hounds! Our favorite time of year has come again, and we’re all going about our usual ways of celebrating: planning out movie marathons, deciding on costumes, and designing theme parties that’ll spook even your bravest friends.

The ambiance is such an important part of the horror genre (there’s a reason why everything gets really quiet just before a jump scare after all), and music plays a big part in that. Whether to get you in a creepy mood or trying to lend your house some extra scariness during the Halloween season, anybody who considers themselves a horror fan has a playlist of their favorite terror tunes. If you’ll allow this macabre maestro to expand your horizons, I’d implore you to consider not just the sounds of your parties but also the sights.

Here I present to you, my lovely spectators, five music videos that’ll add some extra creepiness to your Halloween soiree, or perhaps just for yourself when you’re locked inside, the honor bowl of candy perched on your doorstep to keep those shithead kids at bay.

Throw these on your TV and lose yourself in the most frightening time of the year!

This 2018 single off the EP ‘Facepaint’ by Buzzy Lee (a pseudonym for Sasha Spielberg, who is indeed the daughter of that Spielberg) is a smooth, easy listening piece that’s all about the pressures and hypocrisy of social media.

“Do I have to act like that / and show off all my love / when my love for myself is feigned?” laments Buzzy as she considers our impulse towards conformity despite the baggage that comes along with it.

Now the song itself doesn’t necessarily scream horror, but the video adds a whole new off-putting layer to the main idea. The video depicts Buzzy herself playing a woman who suffers a psychotic break in the middle of the night. Two personalities are vying for control of her body, the mental clash between the two shown as happening in an extravagant opera in the young woman’s mind. Which personality wins out is not revealed as it concludes with our heroine waking up in the dirt miles away from her home.

This is a David Lynchian psychological thriller emphasizing the song’s insecure lyrics, reconsidering the idea as a spooky meditation on identity that we can all relate to in our increasingly digital world.

This next pop ballad by the underrated Kim Petras is a rumination on fractured love and the way a relationship gone south can change you.

After losing someone she thought was endgame, Kim finds herself at an impasse, unable to love as wholly as she did, and now fills the void materialistically. After giving so much of herself, she’s left with a heart of ice, only finding solace in wealth (which means the title has a double meaning). The video opens with Kim writhing almost unnaturally in a glass display case. Her skin gleams a pale white and her eyes are vacantly bright, her expression going between indifferent and malevolent from moment to moment.

It’s just the right amount of unsettling and makes the viewer uneasy but into it. The only time she appears normal is when she’s seen laying in a black void, possibly the version of herself before her heartbreak, now lost and gone. Her final form is submerged in water, her skin a scaly silver.

Kim’s stuff is straightforward yet unique, and this video’s casual horror vibes make an obvious point: heartbreak can kill you.

Now, this is one sure please all the drag queen aficionados in the house.

Famous for her time on two iterations of RuPaul’s Drag Race, Katya turned her attention to the music world and in late 2020 released her debut EP Vampire Fitness (which I found surprisingly enjoyable). The title is a pun on the recurring pleas for pop stars to come to the titular country, made sexual to fit in with the song’s aggressively lewd content. The bridge of the song is a Portuguese demand for facesitting and that’s not even the strangest part.

The video can only be described as a surrealist nightmare, a psychosexual romp that made my jaw drop. I was totally unprepared for it and trust me, have this start playing in the background of your Halloween party and everybody will at the very least feel it was memorable. There’s a mad scientist, subliminal jump cuts, and our drag queens devouring a disgusting green substance like it’s the elixir of life.

It’s Crispin Glover levels of weird, and for that, I can’t help but recommend a watch.

This recently released single is the first in a new era for alt-pop band PVRIS.

Sung with fury and guile by Lynn Gunn (herself a horror fan), it’s an in-your-face screed against peer pressure and the people who lose themselves by giving in to it. Starting off catchy and bouncy, the lyrics take an angry turn at the chorus. Just before that, the bridge asks, “How could you let them do this to you?”

If we’re framing Lynn as the protagonist of the song, she clearly takes pride in knowing who she is and sticking to her guns. She never lets others’ opinions cloud her judgment and stays true to herself despite all the bullshit that tries to change us. In the video, she’s surrounded by half-clothed dancers who twitch and grab at her, trying to drag her into their collective but she still stands tall above them, never sinking to their level despite their best attempts.

Such a cool visual metaphor going on here and I love the way that the video perfectly complements the lyrics. It concludes with a milky-eyed Lynn (turned into her own sort of monster) walking off, free from the now incapacitated horde.

Lastly, we have this jokey, fun song from the awesome, Halloween-loving collective that is LVCRFT.

Assembled by recording artists who have worked with some of the big music stars but here prefer to keep their identities secret with silly horror puns, LVCRFT is a delight. If you’re looking for the perfect spooky time tracks, these are your guys. They’ve released a few albums on Spotify and have even done a song for Netflix’s Chilling Adventures of Sabrina. But here we focus on Exercise the Demons, a 2020 release that functions as a workout anthem for monsters.

Riffing on the 80’s era obsession with cardio in flashy outfits, the song puts its influences on full display and even features a hook by the great chin himself Bruce Campbell (John Kassir’s Cryptkeeper makes a vocal cameo on another song off the same album. What more do you want?). The video features a zombie in full workout attire, burning off the calories in what plays like a Jazzercise video from hell. This is just pure fun with as little subtext as possible.

This is sure to be catchy ass bop that makes everybody run to the dance floor on Halloween Night.

And there you have it, fright fiends! These five Samhain Sonatas are sure to get everybody in the proper Halloween spirit. This holiday is all about embracing your strangest, weirdest self and showing it to the world. You choose a costume because it reflects yourself. You decorate to show people your creativity. You listen to music that complements you.

Identity is the true heart of Halloween and I think these freaky beats will encourage you to understand yours.

Until next time, remember: a playlist is the DNA of your soul. What’s yours sound like?