While we’re all binge watching horror this month, here are some great family friendly frights for parents and the future generation of horror fans.

Hello Ghoulies & Goblins, Welcome back to Morbidly Beautiful. I’m Miss J and today I’ve compiled the best spooky movies for your little monsters and gremlins. In October, we all like to watch Horror movies. But I know it can be hard to find horror movies to watch with your kids that are appropriate. Lucky for you guys, I am here to rescue you because I just happen to know the best children’s movies with horror elements to them that are perfect for the whole family.

Now sit back and have your little ghoulies and goblins join you to read this week’s new top ten! 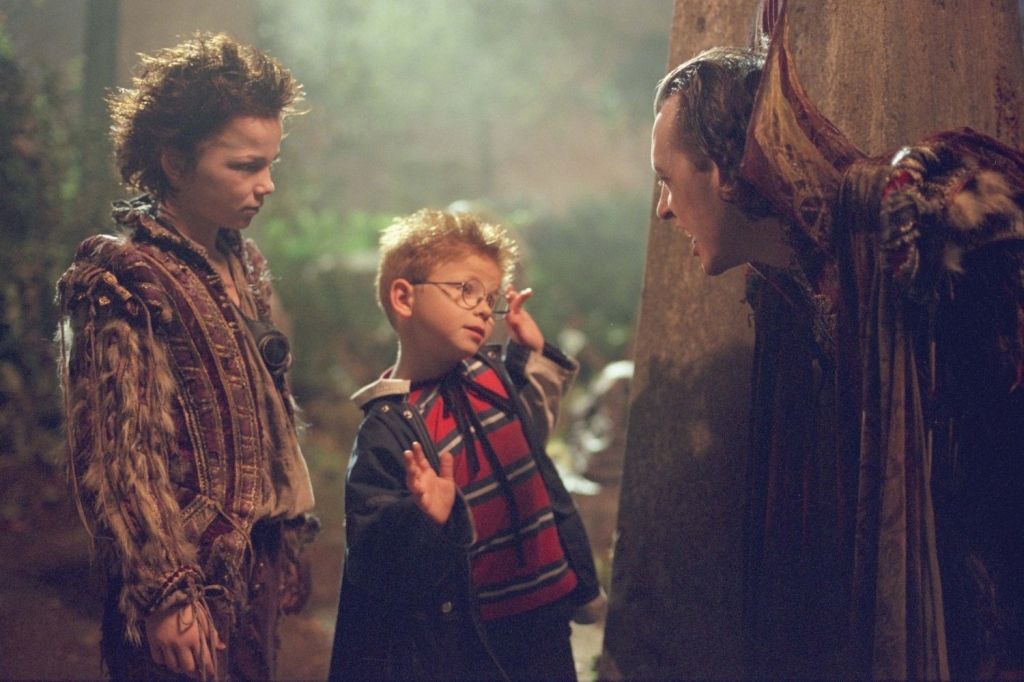 Okay, we all remember that cute kid from the Stuart Little Movies, right? Well, he stars in this little flick that is perfect for you and your little vampires to watch this October. Tony’s family move to Scotland, and he’s being bullied already at his new school. He feels pretty unhappy and has been having terrible nightmares since moving there. One night while he is playing, a Little bat flies into his fireplace and reveals himself as a vampire.

The dudes immediately become best friends, and Tony helps his new friend, Rudolph, and his entire vampire family, avoid being slayed by a crazy vampire hunter. With the help of his visions, he will help solve an ancient mystery that the vampires have spent ages trying to figure out, and they are almost out of time before they have to stay Vampires for another 400 years. This movie is one of my all-time favorites, and it is a must watch for the family this October. 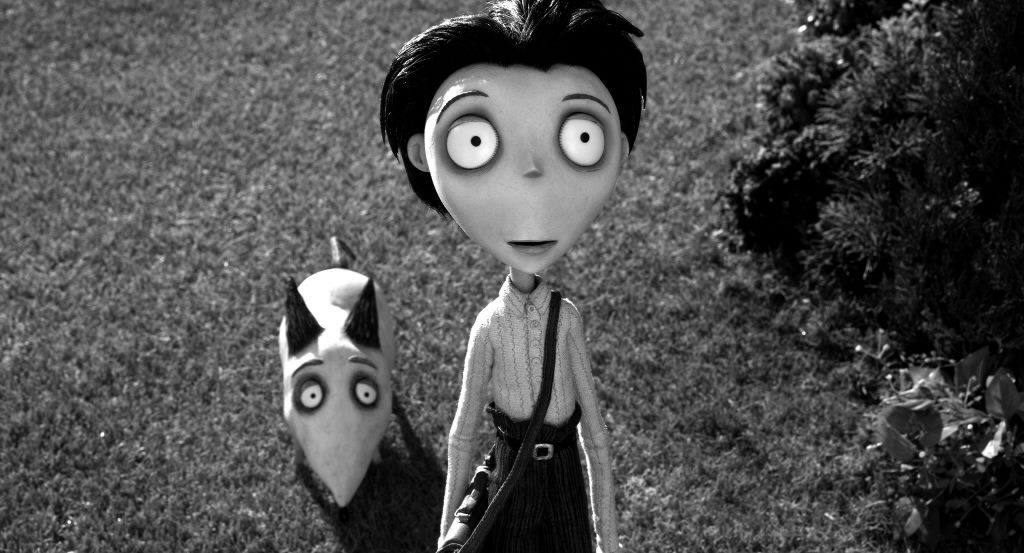 Horror has a long history, and classic monster movies like Frankenstein are still being remade today. This is Tim Burton’s adaptation of the classic monster story. But this time, it’s in the form of a puppy that gets brought back to life! Tim embraces the dark side, but he has such a unique way of telling children stories that would be considered frightening. The movie is in black and white, so you get those old school horror vibes.

Tim Burton refused to do the movie if it wasn’t allowed to be filmed in black and white because he knew it would throw off the whole atmosphere of the movie. This film is based off a short film that Tim Burton directed and wrote with the same title and filmed in the same style; the only difference is it was live action and only 30 minutes long; you can see it as an extra on the Frankenweenie Blue-ray. This movie is filled with lots of odd but lovable little characters, and it is sure to entertain you and your little monsters this Halloween. 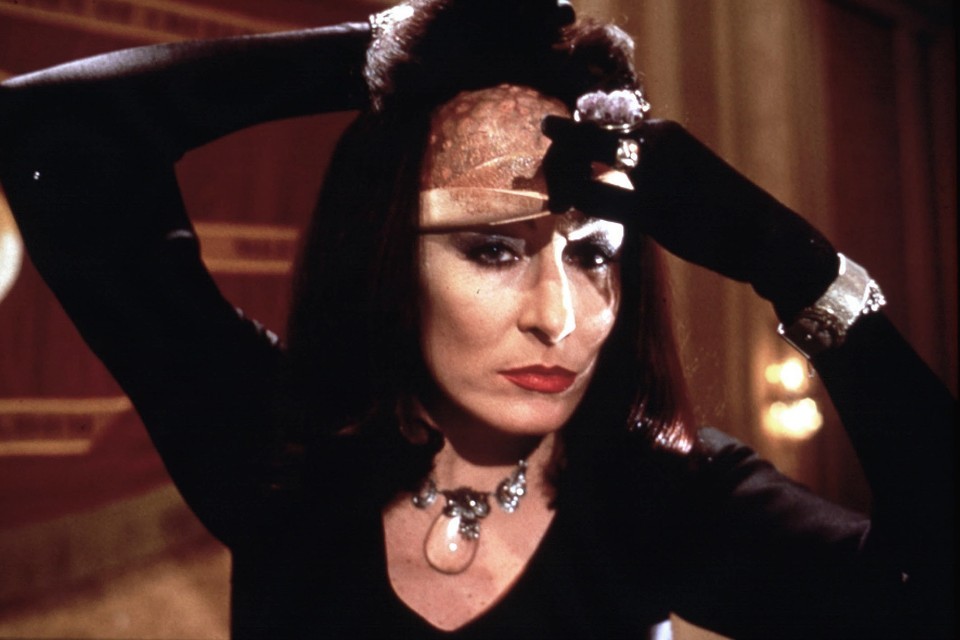 If you are looking for a good book for you and your gremlins to read this October, I highly suggest “The Witches” by Roald Dahl. And there’s even a movie for you guys to enjoy afterwards. Anjelica Huston plays The Grand High Witch, and she leads a cult of witches who absolutely hate children — they loathe and despise them! It took eight hours for Anjelica to transform into the hideous creature that was the Grand High Witch.

The story is about a little boy who lives with his Grandmother, who just so happened to be a Witch Hunter. She is retired now, but she warns her grandson about the signs of a Witch so that he can run away if he is to ever encounter one. They go on vacation together and Luke gets trapped in a conference room filled with Witches. The meanest and cruelest Witch of them all is there, The Grand High Witch. So why not enjoy both the book and movie this Halloween, and don’t forget the signs of a Witch because it could just very well save your life! 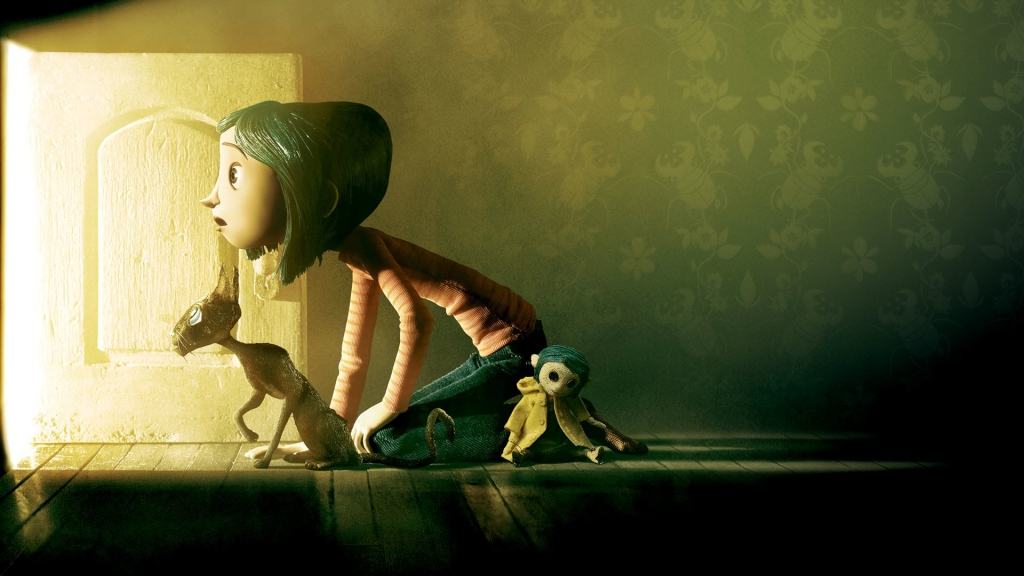 “Coraline” is a novel written by Neil Gaiman and an emo kid’s favorite movie. In the film, Coraline is voiced by Dakota Fanning — a sarcastic pre-teen who is craving an adventure. But the new house she lives in seems so boring, until she finds a secret door that leads her to the other world. Coraline finds out she has an ‘Other Mother’ and father in this new world, and they seem so much better than her real parents.

But things that a sinister turn when Coraline’s Other mother asks her to sew buttons over her eyes. Yeah, you read that right. And yes, this movie is for children. It is the perfect fall movie and it is visually stunning. I promise you and your kiddies can handle this movie, and they might even be thankful to have you as their parents afterwards. 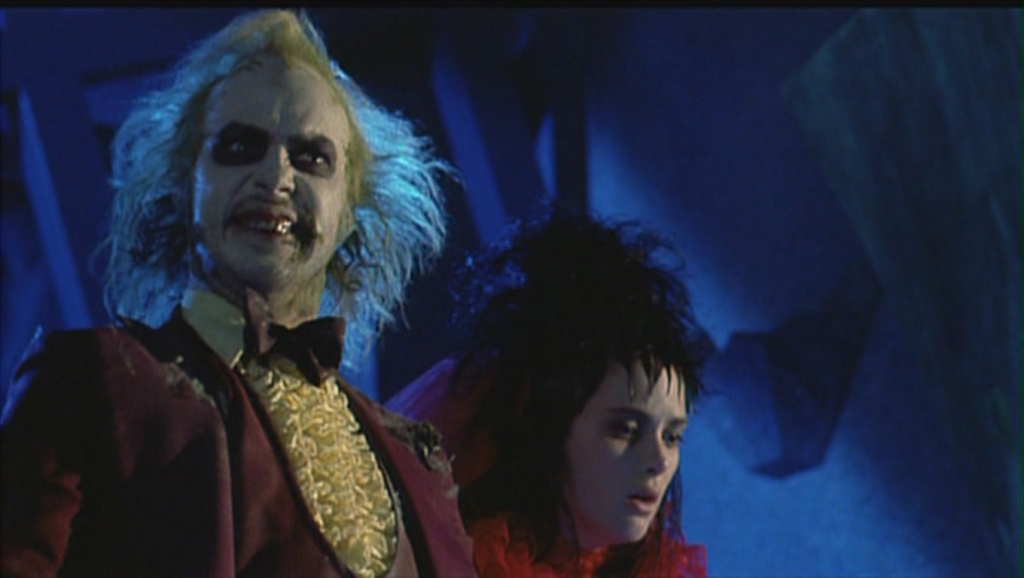 This movie may be best suited for children above 10, or you can try and catch it on TV, which has a better-suited edition for your kiddies. What originally started out as a horror film became a Halloween Comedy classic that we all know and love. It is the second movie of Tim Burton’s to be on the list and the second with actress Winona Ryder in it.

The story follows a recently deceased couple who are just getting the hang of being dead, when a new family moves into their home and they don’t want to share it with them. They decide to look for someone who can help get rid of the living, but who they found might plan on getting rid of them too. Winona plays Lydia, a goth teenager who doesn’t relate with her parents or anyone who is living, for that matter, and is fascinated by ghosts and death. This movie is so much fun to watch. Just make sure not to say his name 3 times, and everyone should be fine. 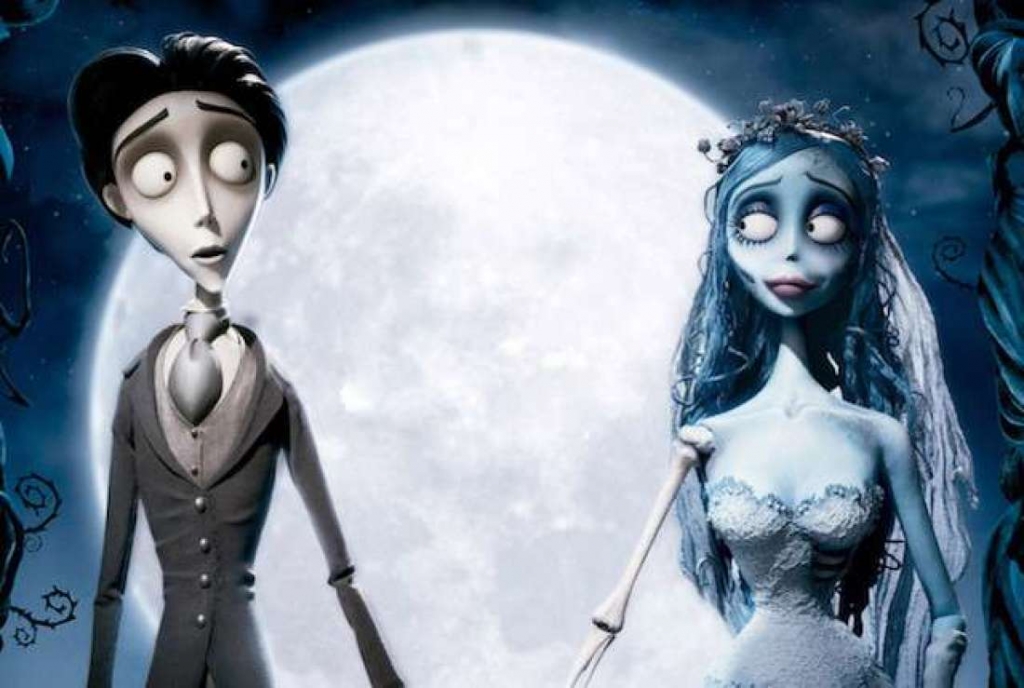 This is the third, and I promise, finale film of Tim Burton’s on this list (but if you wanted to look up his filmography, there are probably tons more that could be watched). The movie has so many incredible actors such as Helena Bonham Carter, Johnny Depp, Richard E Grant, Christopher Lee, and Michael Gough voicing such unique characters. Tim creates a world where the living seems depressed and lifeless and where the dead are happy and the life of the party.

The story follows Victor, a young man who is being forced by his family to wed. He doesn’t mind his bride-to-be though and finds himself falling quite in love with her. His nerves get the best of him at their wedding rehearsal and he finds himself running off into the woods to compose himself. He practices his vows and gets them perfect but finds himself somehow married to a corpse, and she wants to keep him as her husband. 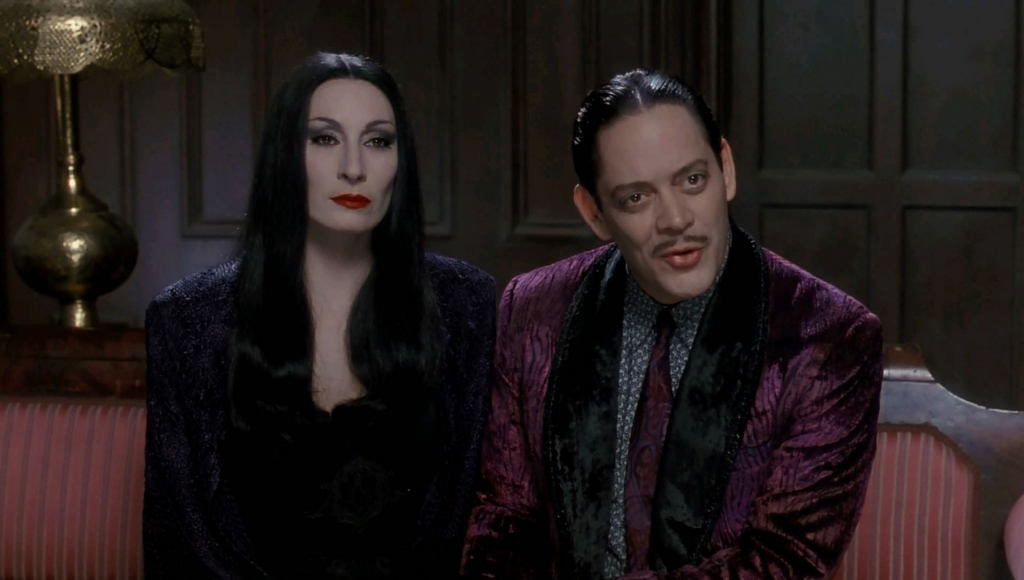 Now this is everyone’s family goals, right? Or is it just mine? Whatever, everyone wanted to be apart of this family growing up. Girls wanted to be Wednesday Addams and grow up to be Morticia Addams. The boys, well, they learned that French women are the best. A lot of the movie references the 1964 tv series and pays tribute in many ways.

The movie was directed by Barry Sonnenfeld who also directed Men in Black 1 and 2, as well as the sequel to this film, The Addams Family Values, where there is a new edition to the family, a baby named Pubert who is just as dangerous as the rest of his family. The cast come back together to help uncle Fester. It seems he’s found himself married to a homicidal maniac named Debbie. These movies are perfect for your family to watch on a rainy day in October. 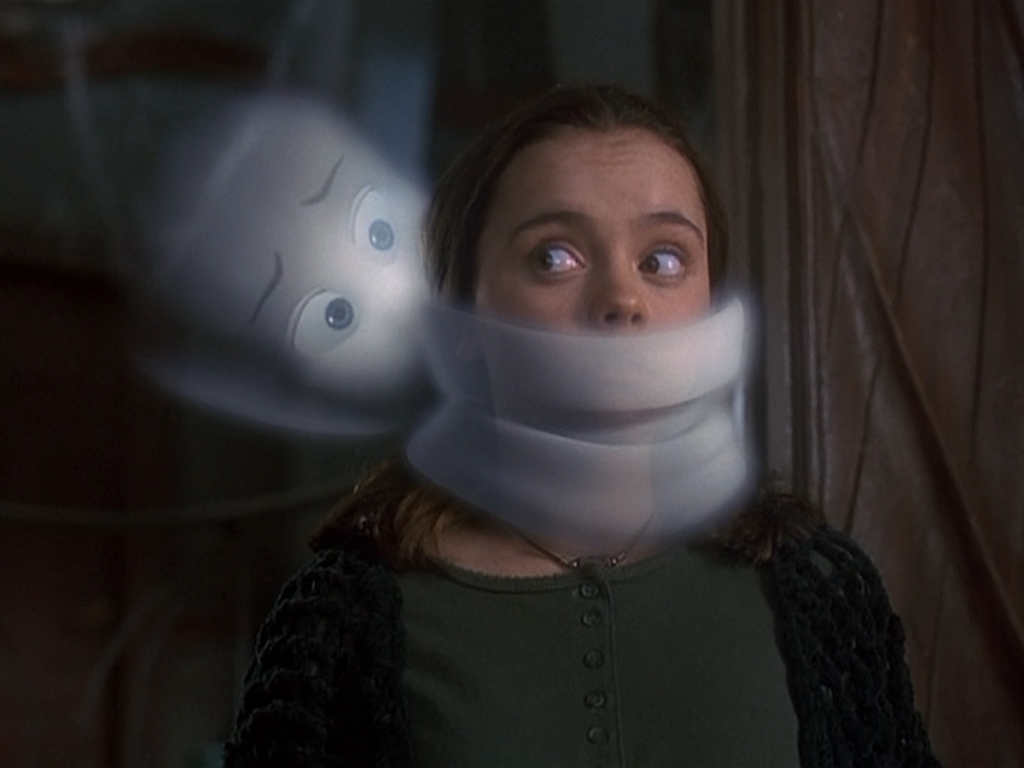 This is another movie that stars Christina Ricci (she plays Wednesday Addams), and she is a teenager whose father if obsessed with ghosts, even though he has never seen one. Lucky for them, they move into a house that is haunted! Casper is the friendly ghost that lives with them, and he tries to keep his three uncles from causing too much trouble. Casper misses being a real boy and really wants to be Katherine’s date for the Halloween dance, but people would know he was different.

Casper the friendly Ghost was originally a comic book series and went on to have its own cartoon and 3 movies, which would all make great watches for days spent inside. A little fun fact about his movie is that Dan Aykroyd does a cameo as his character, Dr. Raymond Stantz from Ghostbusters (1984), which is another great movie for your family to check out. 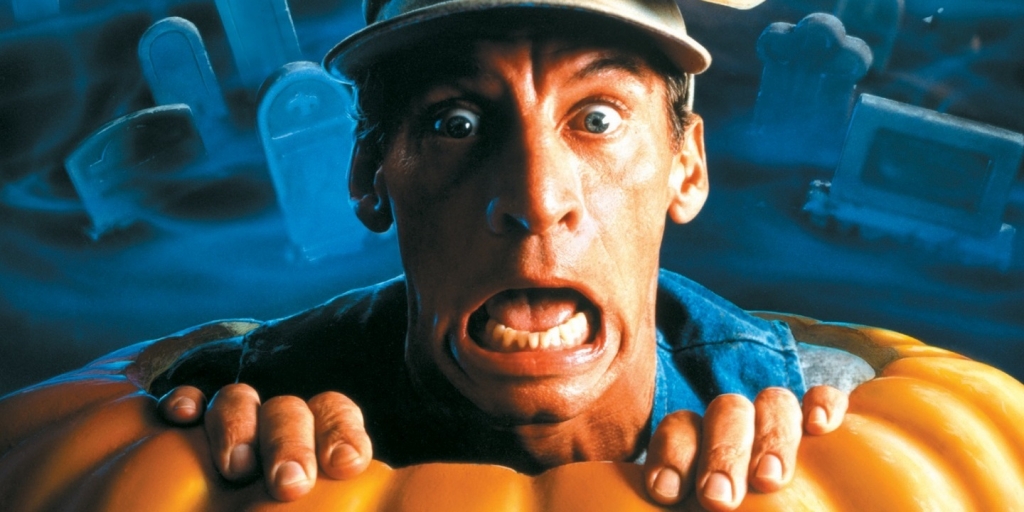 If the trolls looked a little familiar in this film it is because they were created by the same team that worked on Killer Klowns from Outer Space (1988), which is most certainly not a movie you will find on any list of films for young people. But they definitely worked their magic for this film, and the trolls were unbelievably horrifying. Did anybody else not sleep after the scene of the little girl checking under her bed?

As scary as the trolls and some scenes can appear to be, Ernest really saves it from being too scary for kids with his hilarious comedy. I know the idea of trolls stealing the souls of children can seem pretty frightening, but Ernest has such a way of making scary situations seem funny because he comes off clueless and stupid. Yet somehow he always ends up saving the day. Along with Mr. Bean and Pee wee Herman, Ernest P Worrell who plays Ernest is considered one of the best family entertainers. This movie is a must see for the family.

Before we get to our number one celebrity on the list, let’s take a look at some important Honorable Mentions: The Haunted Mansion (2003), Hotel Transylvania (2012), Monster House (2006), and Goosebumps (2015). 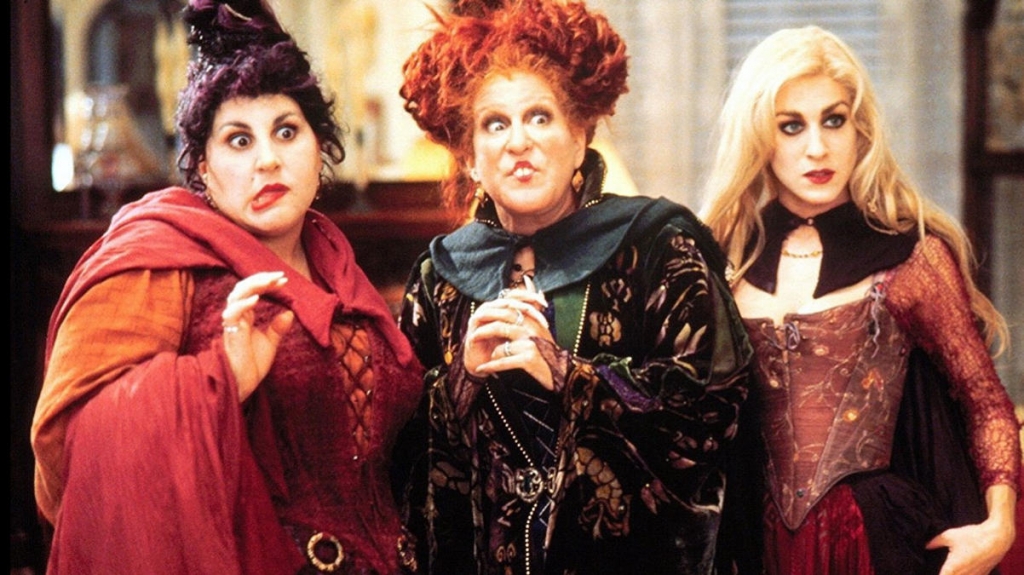 I’ve already seen this movie once this October, and I know it plays religiously on TV during this month…so there is no excuse not to watch this movie. The Sanderson sisters come back on Halloween night thanks to some virgin lighting the black flame candle. Bette Middler has said that filming Hocus Pocus and playing Winifred was the best time of her career. Sarah Jessica Parker also said that she felt at home being in a harness and hovering above everyone, and later found out that she did have a great grandmother from the 1600s that was arrested and accused of witchcraft, but she escaped and was never brought to trial.

You can also see a little Michael Myers clown in front of the master’s house if you pay close attention. This movie is where we all fell in love with Thackery Binx and loved him even more as a cat, which just doesn’t even make sense. You and your family will truly enjoy this movie this Halloween.

Thank you all so much for reading this weeks list! What was your favorite Halloween movie as a kid? What movie on the list will you be showing your kids this October? – Miss J.