“The New Kids” is a slow and uneventful bully flick, motivated by sexual desire and rejection, that takes a mean-spirited turn. 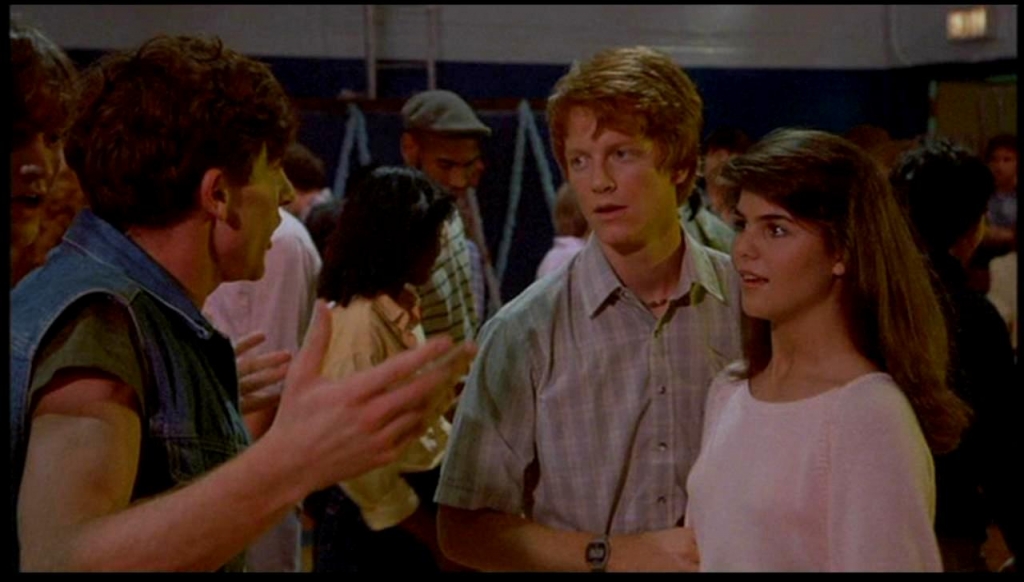 Orphaned teens go to live with their Aunt and Uncle who own an amusement park, but the resident bullies won’t let them adjust peacefully to their new hometown. Let’s dig into 1985’s “The New Kids”, directed by Sean S. Cunningham!

I never quite get the films that are driven by teen angst in this way.

The bully who wants the girl, and her rejection of his advances, fuel him to become violent and destructive. It seems so hollow. That is where we find ourselves, at the heart of a high school rift between new kids in town and the rural locals who take what they want and kick ass if they can’t get it.

Spader’s character is at his misogynistic worst, and he fits in with the rest of the backwoods crew as well as he did as Robert, California. He looks like he belongs in a Miami nightclub rather than Farmtown, USA.

It’s nice to see a story told in a different economic setting that has the same, lame bullies who spew out the same, tame bullshit. Most of the film is as timid as Eric Stoltz dancing.

The big promise of fun is the amusement park (more like a carnival) — that Abby and Loren (Shannon Presby) help their Aunt and Uncle with — being the setting for the dark twist of an ending. 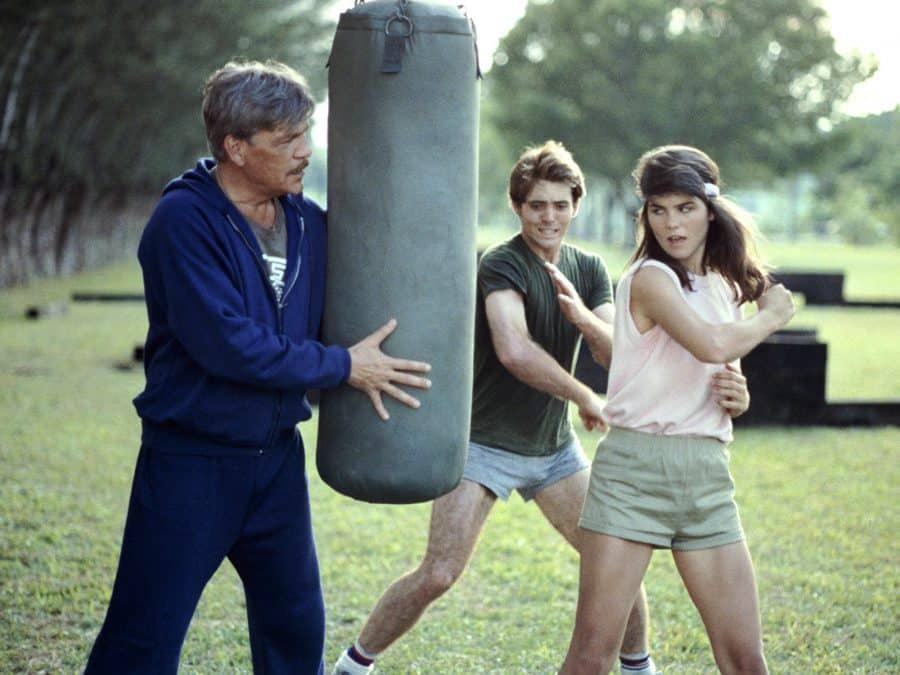 Nothing is surprising about the climax, it’s just a stark contrast to the rest of the film as the tone changes and the violence and sadism of the bullies finally delivers for all those impotent threats of their brethren far and wide.

You’ve got some decent kill scenes; mauling by dog, electrocution, falling from a Ferris wheel, head run over by a roller coaster, and accidental immolation. A full burn for a stunt person with obvious gel heavily coated all over them is cut short, and hopefully, they got a decent enough payday.

Overall, not enough to save a film that just wasn’t interesting.

Some last-minute shotgun trivia: this film was directed by the one and only Sean S. Cunningham. Yes, of Friday the 13th fame. I can’t see his fingerprints. It was also written by Stephen Gyllenhaal, the father of Jake and Maggie. 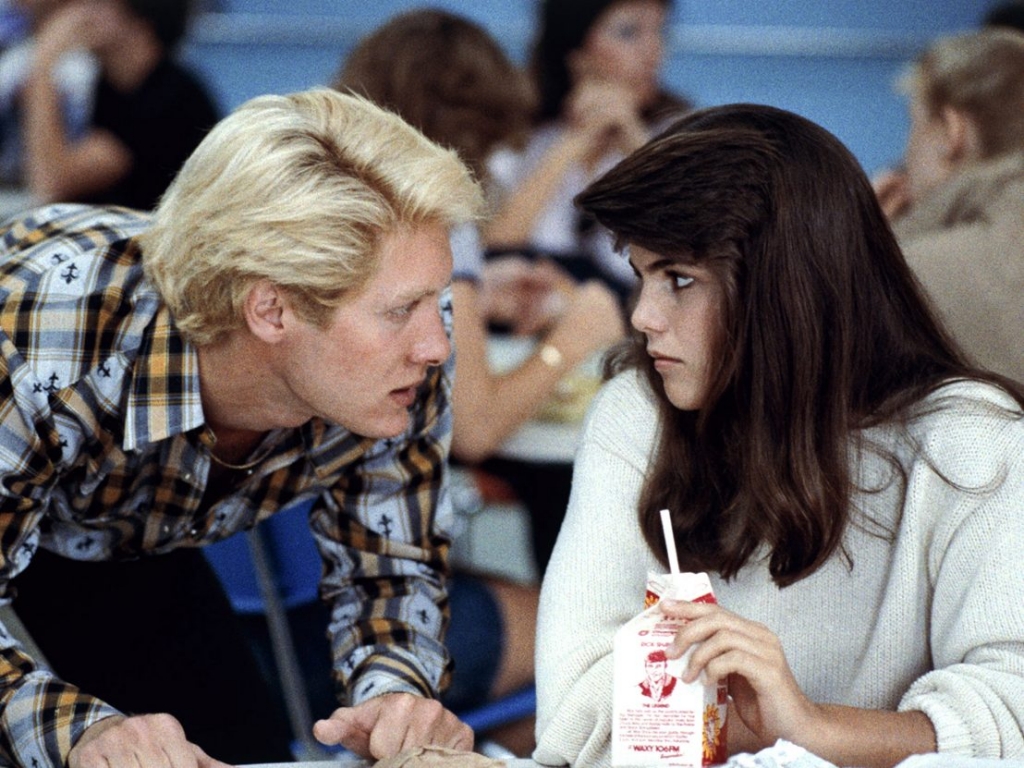 The Casting Director made a strong case for an award here, as the material was certainly not what pulled Actors in, both budding and established.

Lori Loughlin (Abby) is of course most famous for playing Aunt Becky on that 90’s Friday night staple, Full House. She did something else noteworthy recently, but I don’t follow that type of cultural news, so we’ll leave it at that.

James Spader (Dutra) has an extensive list of major credits but perhaps most recently known as the voice of Ultron in The Avengers – Age of Ultron, and his brief replacement of Steve Carell in The Office. The guy has really done it all though and his filmography is worth a browse.

Eric Stoltz (Mark) has quite a resume as well, including starring alongside Cher as Rocky Dennis in Mask (1985), and tragically for pop culture posterity this film was released right around the time Back to the Future started filming WITH Stoltz cast as Marty McFly, though he didn’t last long and was replaced by Michael J. Fox. That’s a story for another genre.

Tom Atkins (Mac/Dad) is probably the most famous of these actors amongst horror circles, and he’s out of the movie (save for a flashback, Rocky-esque montage) within a few minutes! I felt cheated! 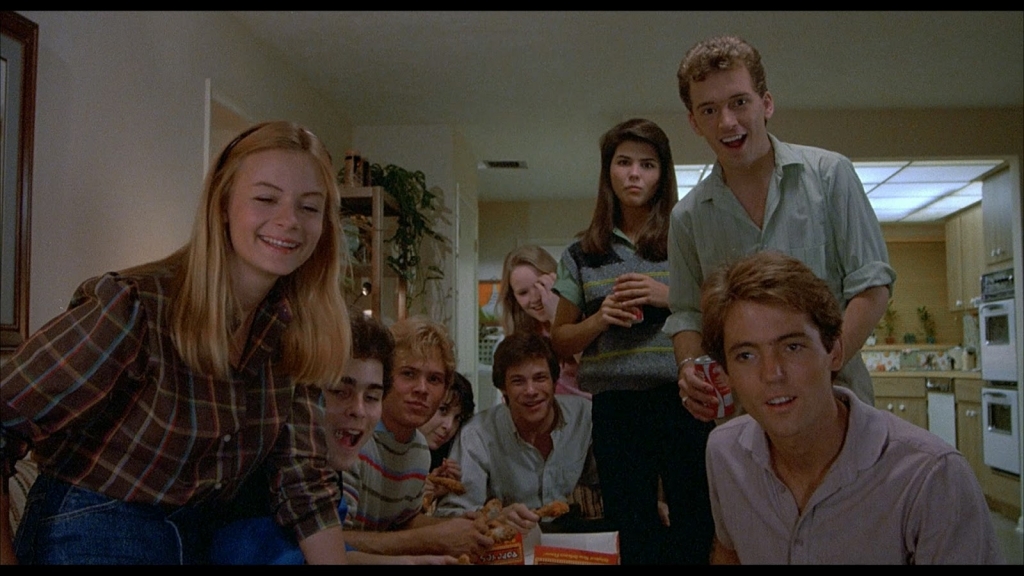 James Spader in silk briefs – despite how cut he was at the time – is not something I knew would enter my life at this point, but here I am.

I’m sure you’d expect Aunt Becky to find her way into this section, but for my money, Paige Price (Karen) stole the show and the hearts.

Too many tropes, not enough substance.

Though the final image had the little brother of one of the bullies staring intently at the departing “heroes” as if he would be seeking revenge in a sequel, nothing came of continuing this highly sought-after story.

A Blu-ray was released with a slipcover made to look like an old VHS peeking out of its case, and that is more interesting and cool than the entire film. You can also rent it to stream on Amazon, Google Play, and YouTube.