This month, we’re digging deep down into Monster’s Toy Box to discuss the Boogeyman’s latest installment in the Halloween franchise. 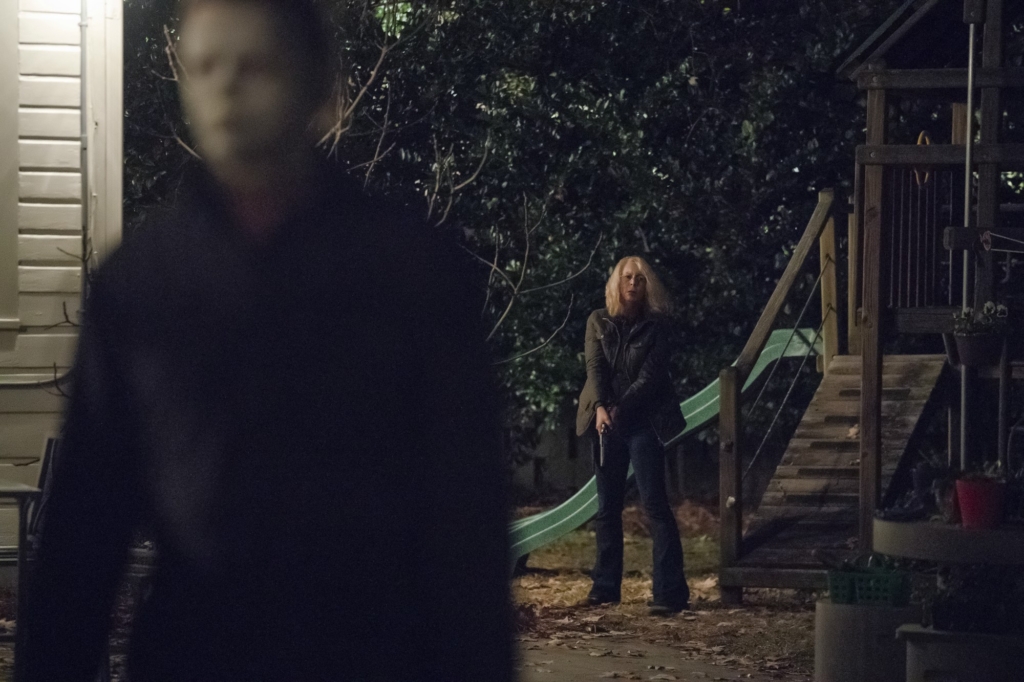 The 2018 film was a huge hit with genre fans and moviegoers. However, there were some obvious problems with the film and we’re going to take a closer look at it.

At first view, the new Halloween 2018 film wasn’t the best and appeared to be a bit of a mess. Fans had plenty of questions over the newly created continuity, and the consensus was they weren’t very happy about it. Regardless, the film was still a hit, and the franchise gained some new fans in the end; which is all we can hope for, as gaining new fans and interest in the Shape means he’ll be sticking around for a while longer.

Upon a second viewing of the film during its theatrical run, it was much better than I had originally thought. It was very well written, and the new storyline gave it a kind of king of the hill, defeat the monster type of allure and excitement (similar to H2O). The addition of some great acting and new characters, made for a far more thrilling film than it had first appeared. However, the problems became more apparent and pronounced with further inspection.

The problems, while not many, basically all stem from the fact that the new film dismisses everything in the franchise, being a direct sequel to the original 1978 classic. There are just so many reasons why this was simply not needed and could have been easily avoided, while still staying relevant and driving in new fans. I understand why they wanted to make new content — to carry on the franchise, but it really wasn’t necessary.

Don’t get me wrong. Top notch acting from the legendary scream queen Jamie Lee Curtis, along with solid performances from Judy Greer, Andi Matichak, Will Patton, Haluk Bilginer, Nick Castle and James Jude Courtney as the Shape, make for an experienced and talented cast. And the writing of Danny McBride, Jeff Fradley and David Gordon Green, combined with amazing directing from David Gordon Green, creates one extremely entertaining film.

It’s a brilliant, blood drenched night with the one and only Boogeyman.

The thing is, the writers could have simply carried on with the franchise and made this a sequel, instead of nixing everything except the 78’ version. I understand that Laurie Strode was supposed to be dead following 2008’s Halloween: Resurrection. However, as they’ve done with the Shape and other characters in previous films, there’s always a way to bring back the dead — especially in horror films. A sequel would have been better than just saying screw everything you’ve learned to love so far, we’re getting rid of all the prior lore.

I also understand they probably wanted to get away from Jamie’s (Daniel Harris/J.C. Brandy) baby, Steven, and also Laurie’s son, John (Josh Hartnett), from H20 (whose characters are both neatly accounted for in the fan film, Halloween Awakening: The Legacy of Michael Myers). 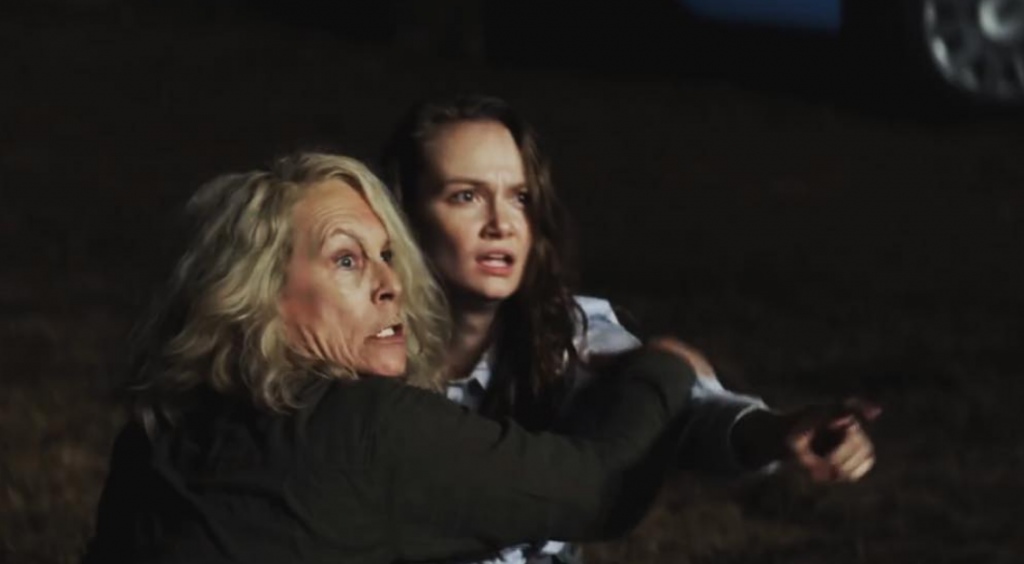 And, instead of making Judy Greer and Andi Matichak’s characters family to Laurie, they could have easily fit them in, in a variety of different ways. The story could have been that Laurie simply faked her death as she’s done before, and that these new characters were unfortunately innocent bystanders who got caught up in her nightmare battle.

There was also the problem of showing Michael Myers with grey hair and a white beard (making him 61, if we’re counting). That’s because, unless Myers suffers from the curse of Thorn, his body should be deteriorating faster than normal, due to all the damage he’s sustained. He should have trouble moving appendages, unless he’s still superhuman. In which case, why produce a direct sequel to the original if you’re going to stick with similar concepts. 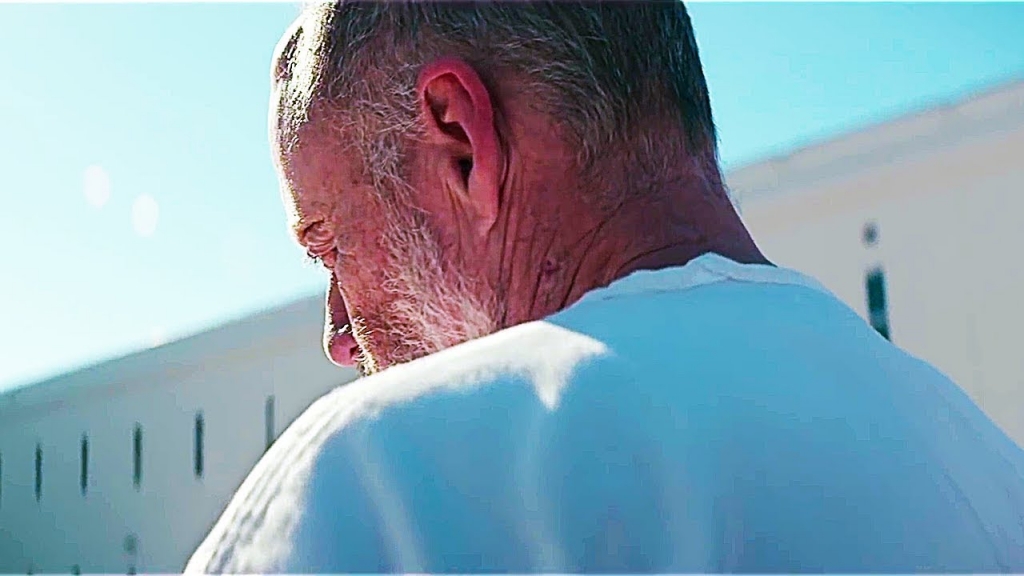 One of the other things holding it back, was that it was it so convoluted with content in such a short amount of time, it was a tad difficult to follow. New concepts mean addressing the exposition, while at the same time continuing to tell the original story for the long time fans and dedicated supporters. The idea is to engage a potential younger fanbase, while maintaining the interest of its original fandom.

Still, I think it would have worked a lot better had it actually been another sequel and not what it was. Don’t fix what’s not broken, even if there’s a film starring Busta Rhymes. Films like Halloween Resurrection, Freddy’s Dead, Seed of Chucky or Jason Takes Manhattan make the franchises fun. It’s exciting knowing there’s always going to be a stereotypical, ridiculous, “outcast” film in the franchise. 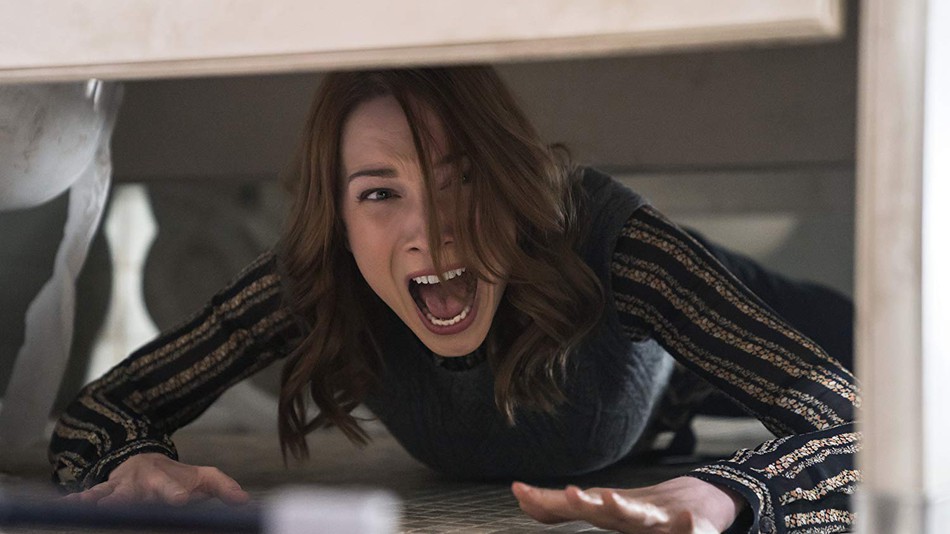 Not only did the new film use old concepts in terms of the character of Michael Myers, but they also paid homage to past films via the use of similar locations and situations. Like the bathroom kill scene ala H20, or the gas station scene ala part 4. Or how about the killing of Mrs. Elrod with the hammer — a nod to two completely different scenes from part 2.

If they were dropping the past continuity, why pander to fans of the franchise by duplicating similar scenarios from prior films? It only makes the case for a franchise continuing sequel even more obvious and valid.