The incomparable Lin Shaye stars in “Room for Rent”, a thriller that harkens back to the obsessive darkness of films like “Fatal Attraction” and “Misery”. 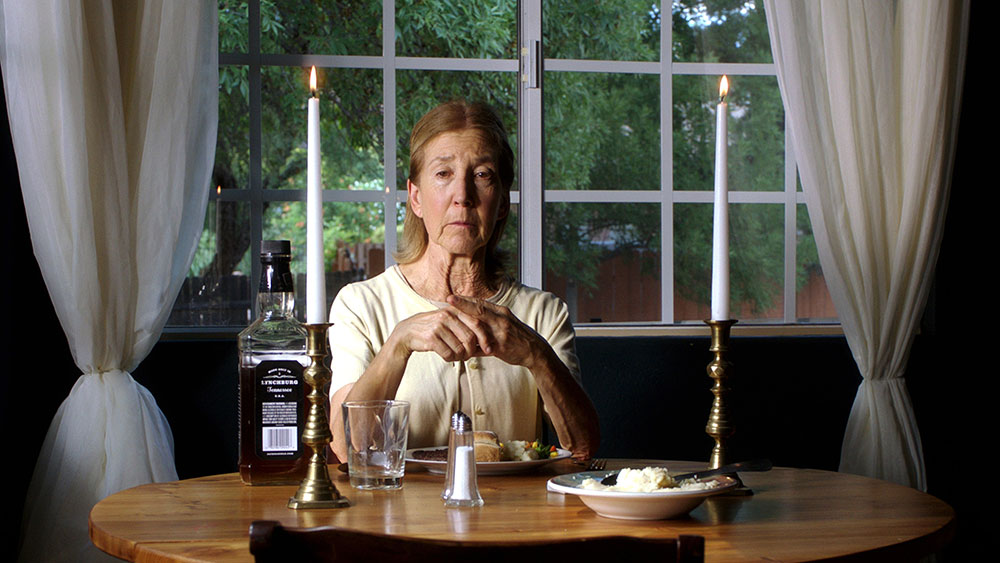 In this emotionally disturbing feature, Shaye brings us one of the best performances of her life and was the highlight of the film.

As a person who recently decided to go into the Bed & Breakfast business myself, I was very excited to see Room for Rent. The idea of bringing strangers into our own homes is an odd thing to do at best. I mean, who are they really, right?

Ok, well, that was one reason. The other was any excuse to watch the phenomenal Lin Shaye in action. I have loved her work since her crazy character Magda hit the screen 20 years ago in There’s Something about Mary! With over 200 acting credits, she has brought a plethora of bizarre characters to the table. Shaye is also a staple of the horror genre, shining in films like the Insidious series, Abattoir, Jack Goes Home, Tales of Halloween, Dead End and now Room for Rent. 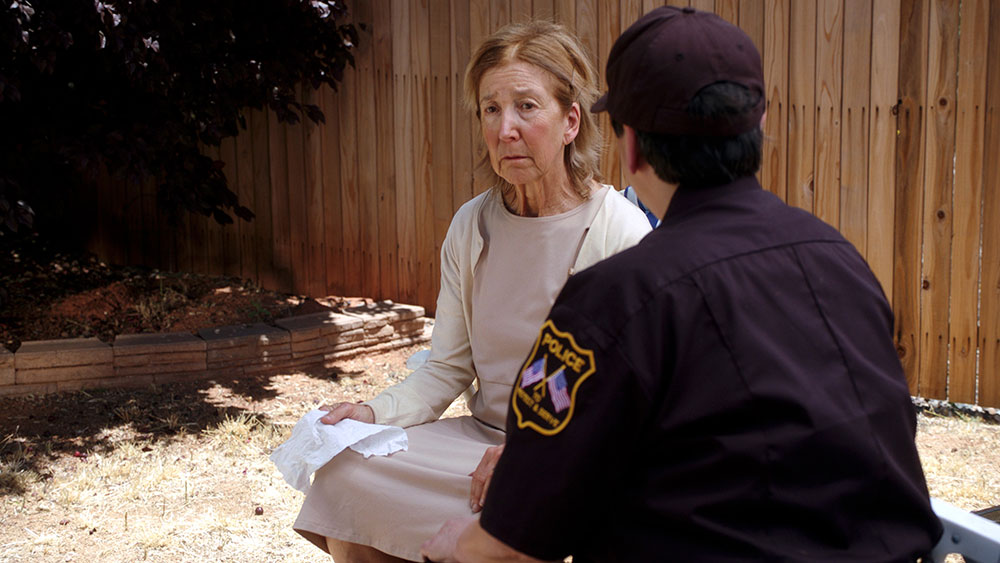 Synopsis: Joyce, a lonely widow, rents out a room in her house. She soon becomes dangerously obsessed with one of her guests.

The film begins with an overhead shot of a house; a man covered by a sheet laying on the ground, paramedics running in. The shot switches to a closeup of Joyce. She’s lethargic and seemingly in shock, while an officer tries to ask her if there is anyone they can call. It’s her husband on the ground. And right from the very first I thought, hmmm…what did you do to your hubby, Fred? Not a question that ever got answered, but I definitely have my own opinion!

Newly widowed, left destitute, and obviously not a very popular gal, Joyce wanders around town with no real purpose. A tiny peculiar woman, she is viewed with distain by everyone she meets. She even gets picked on by teen thugs at the skate park. 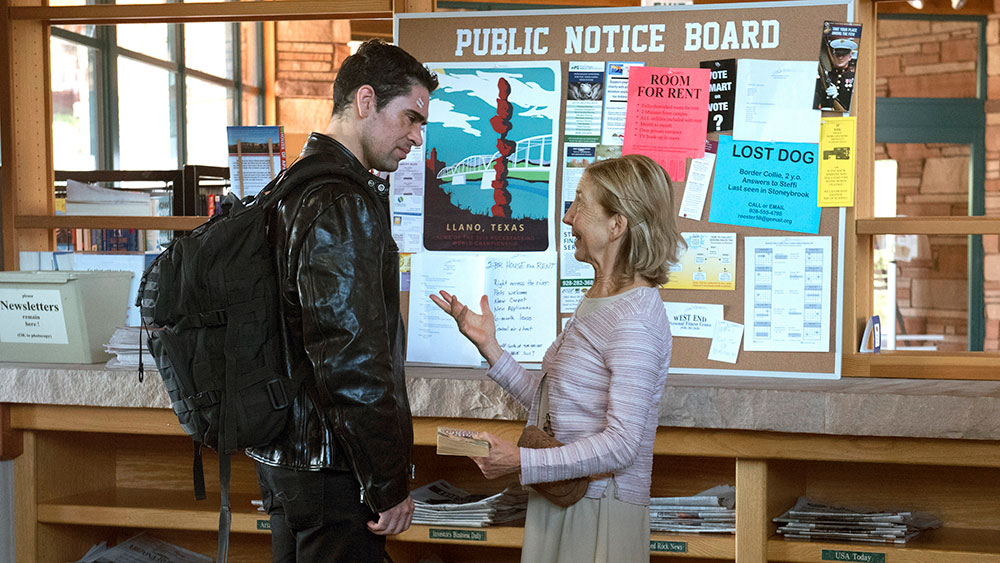 This is a turning point for her though. We see her fortitude, when she faces them down with a crazy glee, and we know this frail looking lady is capable of anything. Right there I got a chill. And I knew things were gonna get weird!

While at the library, checking out her favorite romance novel, to read yet again, she sees a magazine. There’s an advertisement explaining how you can make money renting your house. Once home, she signs up, and voila — a source of income and instant people to fill her empty house! 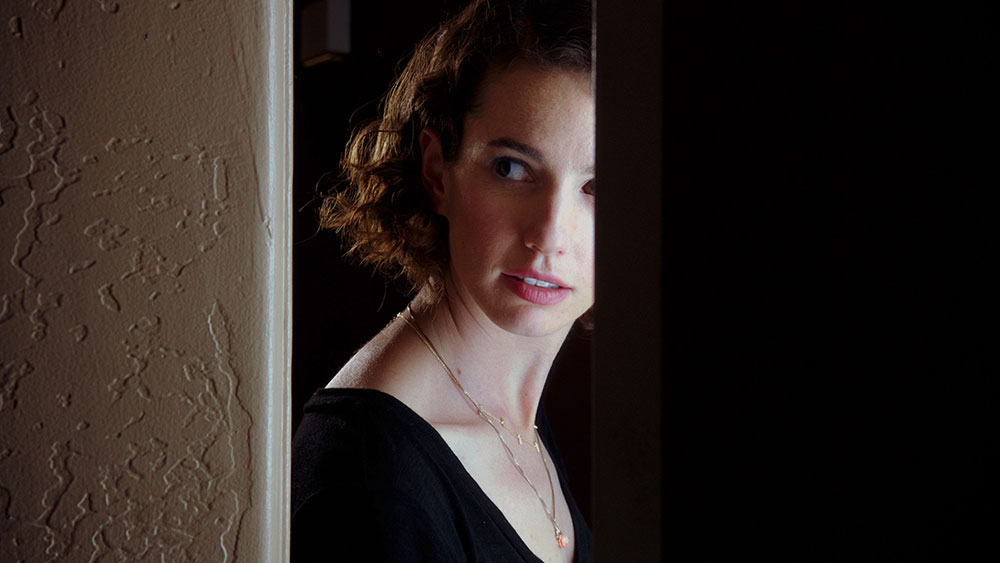 Joyce, having never had a room for rent before, does not understand the dynamics and boundaries of this kind of set up. Granted, the guy was an asshole. But you can’t just walk into people’s rooms — even if you are bringing in homemade cookies. (Although, I think I would have been thrilled.) The guy’s girlfriend Sarah is much nicer. Even though her first guests end up leaving early, Sarah bonds with Joyce. Thus, it wasn’t as bad as it could have been.

Lonelier than ever, Joyce finds another guest. A mysterious drifter named Bob (played by Oliver Rayon) agrees to rent the room. As I said though, Joyce has not mastered the concept of boundaries. She begins to be obsessed by Bob, flirting with him and insinuating to anyone who will listen that they are a thing. Her dark side starts to show, and it’s not hard to see where the film is going. 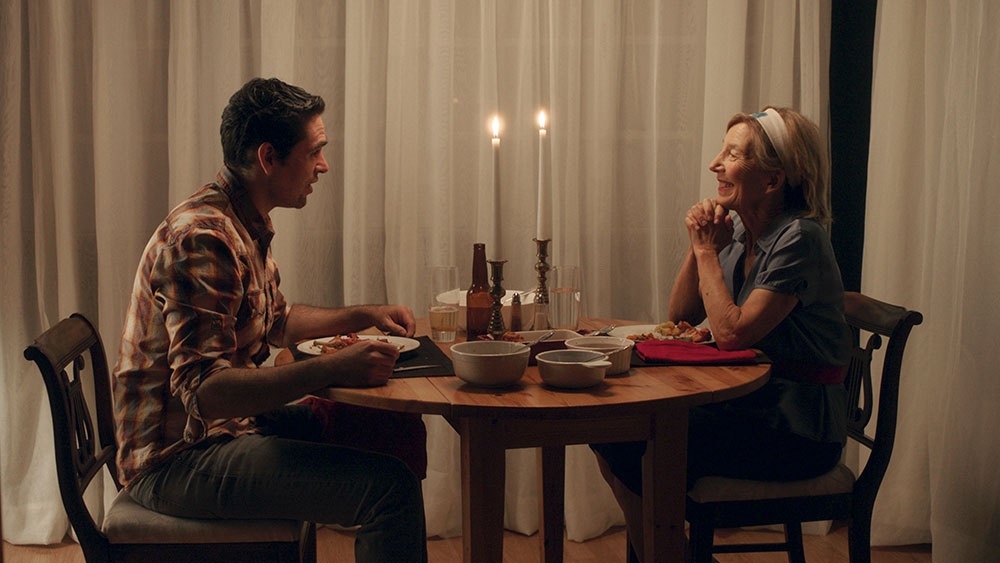 I love the voiceover by Shaye periodically during the film, where she is reading pages from her romance novel. Those words fit perfectly into her delusion. She is living in a fantasy world and I think really believes Bob will fall in love with her. She is insane, no matter how you look at it, but is she crazy stupid, or crazy smart?

The young lady from the first couple starts writing to Joyce. Sarah (a very sweet Valeska Miller) has broken up with the asshole boyfriend and would like to visit again. She lost her mother when she was younger and feels very close to Joyce. 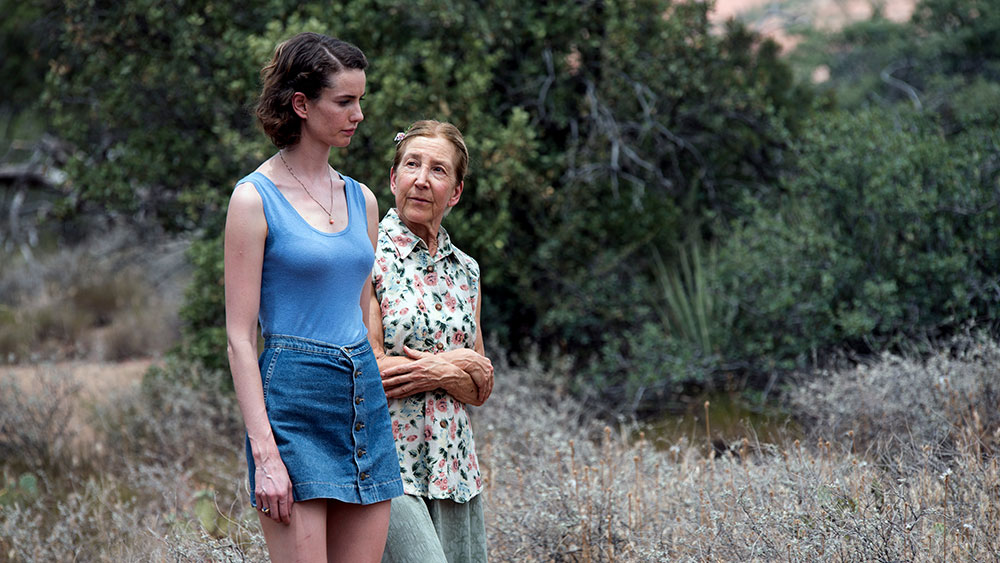 I liked the mother-daughter connection between them and began to wish this healthy relationship could somehow turn Joyce into a kinder gentler lady. Joyce lets Sarah come and sets up a room for her. But three is a crowd in this film, and things don’t go well. Joyce will not let anyone derail her romantic fantasy.

Director Tommy Stovall and writer Stuart Flack bring on some great moments, but I don’t feel like the supporting characters’ stories and dialog were in the same league as Shaye’s. Each one of the characters, Bob, Sarah and even the punk kid Wayne (Ryan Ochoa) at the skate park, have their point in time. But they needed a little more fleshing out for their characters alone to make them stand out. 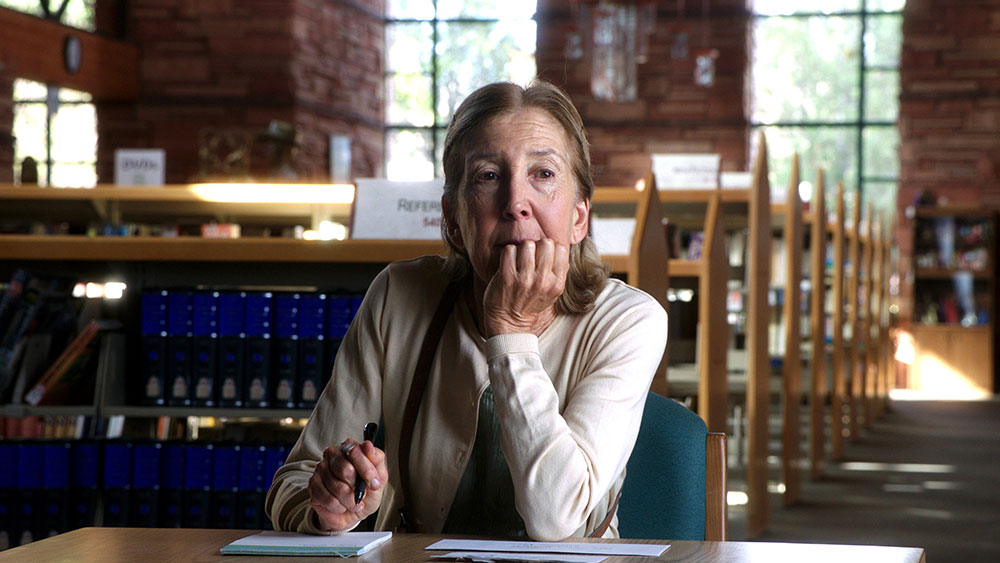 Everyone in the film had their moments, but most seemed just set decorations for Joyce’s dark, complex and terrifying character.

I went through so many emotions while watching this film. It’s easy empathize with Joyce. When you watch her shaking with fear at being bullied or tottering around in heels with a dorky bow in her hair to try to seduce Bob (which made me cringe), I couldn’t help but want her to just be happy.

But seeing her ugly and destructive side emerge, hearing her lies, watching her manipulate the people around her, feeling the jealousy she has for everyone, it was also easy to feel fear. Much like a spider, she is a dangerous creature in a tiny package! 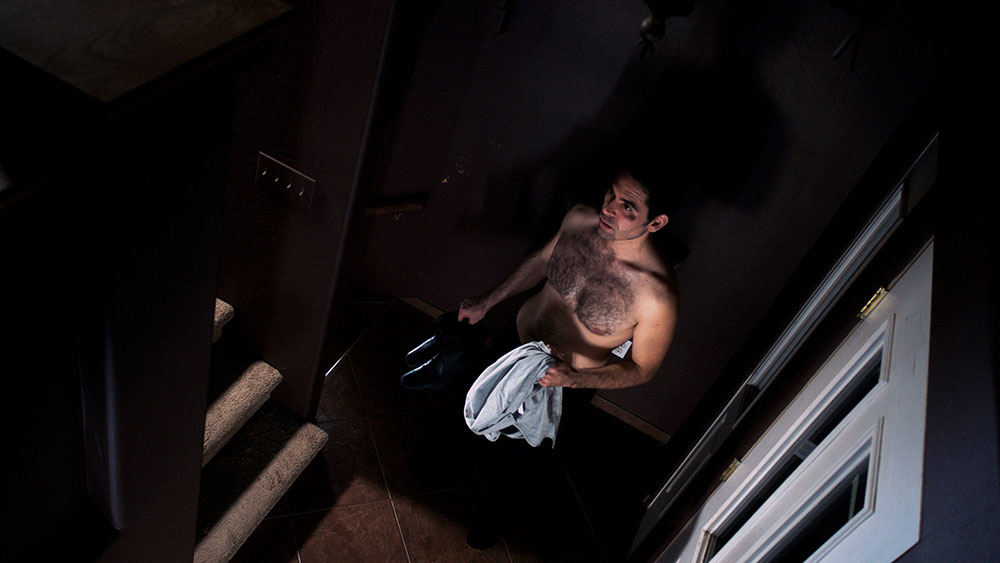 Lin Shaye was everything for me in this film; what a powerful performance! I think everyone that loves a good horror thriller should see ROOM FOR RENT. The term Dead & Breakfast takes on a real and ominous connotation after watching this film.

Uncork’d Entertainment’s new film ROOM FOR RENT opens May 3 in theaters and May 7 on VOD.