When it comes to holiday horror, “Black Christmas” is royalty — with three very different takes each offering up a sinister seasonal treat.

The festive period is filled with horrors, and as many wonderful films, as there are out there, one classic seems to stand head and shoulders above the rest — so much so that it has been revisited twice over the years for remakes/reboots.

Bob Clark’s 1974 slasher Black Christmas is on a pedestal to genre fans, and for good reason.

Because of this, the two subsequent Black Christmas films are much maligned in the community. However, I am of the mindset that there is good to be found in all three of the films, and I hope to highlight that in this article.

Some of the most recognizable slasher tropes we now take for granted as staples of the sub-genre were first witnessed in the fateful sorority House of Black Christmas. 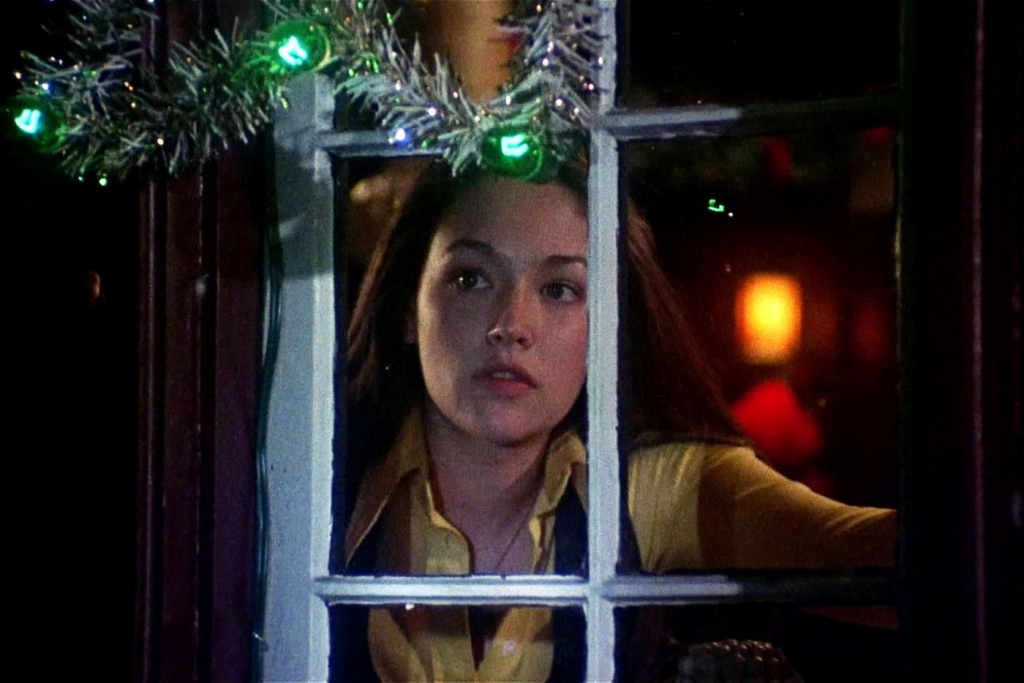 While it can be said that films such as The Spiral Staircase and Psycho were the beginnings of the slasher film, or proto-slashers as they are known, Black Christmas is a classic slasher that helped birth the genre of the ‘modern slasher’ that we are familiar with today.

It involves a killing spree within a sorority house at the start of the Christmas break and pioneered the ‘call is coming from inside the house’ trope. It’s also the first seasonal horror film and had a huge influence on films like John Carpenter’s Halloween.

Because it is a 70’s film, it isn’t at all heavy on the gore. Most of the scares come from perfectly set up, edge-of-the-seat moments and builds in tension aided by the chilling score.

This makes it very much a product of its time, something I believe is a running theme in all three of the Black Christmas films.

That leads me to the first remake from 2006. Being a product of its time means that the 2006 remake is very heavy on the gore, unlike its predecessor, and quite mean-spirited.

This was a time when popular horror cinema was pushing the envelope in the mainstream with films like SAW, Hostel, and The Hills Have Eyes remake, so plenty of blood and guts definitely had to be on the menu.

Because the remake was stepping into such big shoes — and because the filmmakers seemed intent on making an entirely more gratuitous film — a lot of people were turned off. 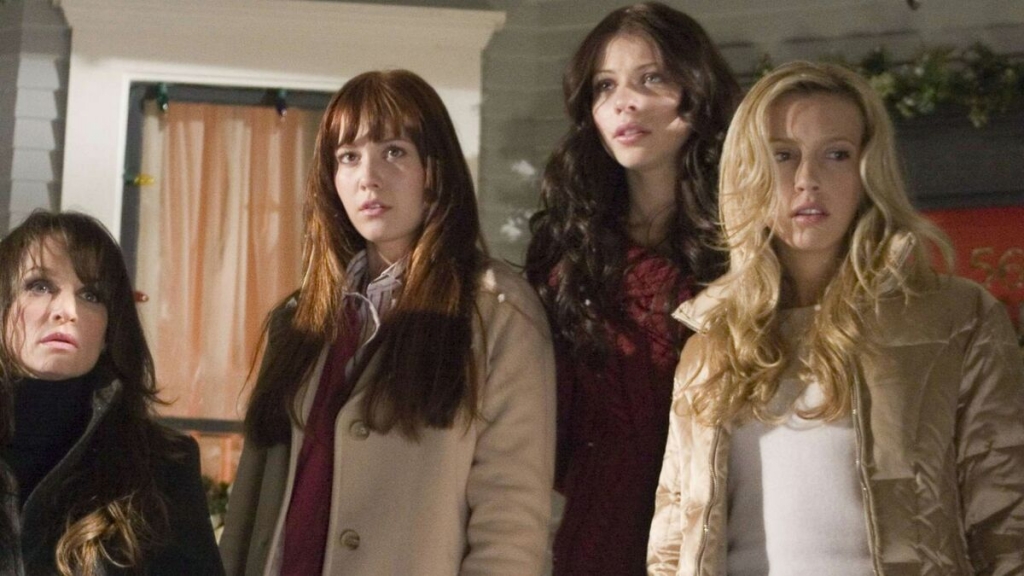 Black Christmas 2006 has been dubbed as a heartless/mindless cash-in, but I don’t believe that to be the case at all.

The film boasts a great cast, and its over-the-top kills make it quite intense, even if it is more of a popcorn movie than the original (intentionally so).

Further, for a new audience coming into horror cinema circa 2006, this style of ramped-up gore and excess was the standard of the day. And being first introduced to this splashier remake certainly could have persuaded many younger moviegoers to look up the original. I would count that as a definite positive.

On a final note, the infamous cookie-cutter scene from the 2006 remake is so memorable that it has stayed with many a horror fan long after the credits roll.

That brings us to the most recent remake from 2019 — and perhaps the most divisive. 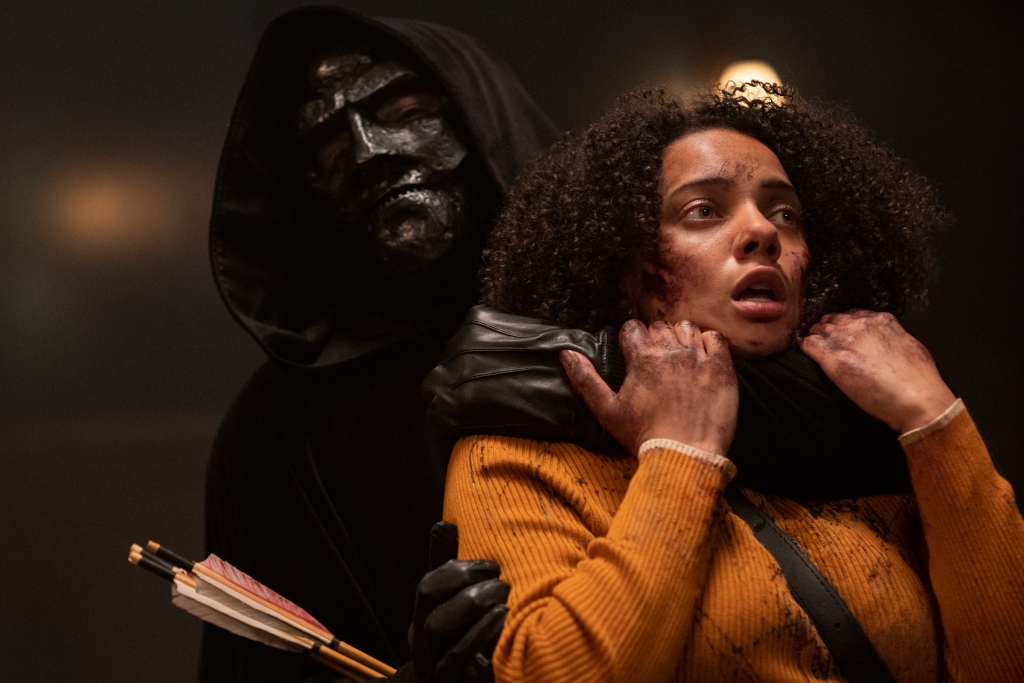 Black Christmas 2019 is possibly the most controversial of the three films amongst fans, and one of the main reasons for that is the film’s overt feminist message. It can be argued that a lot of slashers have a message of female empowerment, as evident by the enduring popularity of the final girl trope. But when that message is so explicitly at the forefront of the story, people seem to have a problem with that.

However, this is yet another product of its time, and it is very reasonable to expect a film centered around women in a higher education setting would have a focus on women’s rights and feminist ideals. Additionally, in the wake of the #metoo movement, it’s quite appropriate for the film to call out the toxic rape culture. From my perspective, this film handled these sensitive and important topics very well.

It’s also fascinating that this strong feminist theme would be so offputting to so many, given how feminist the original was, especially in its discussion of abortion (the film was released just five years after therapeutic abortion was legalized in Canada and a year after the landmark Roe v. Wade case in America) and in its crafting of a final girl who is neither virginal nor shy and socially awkward.

Putting politics aside, what Black Christmas 2019 delivers is a cast of badass young women taking control of a time, place, and situation that was designed to leave them without. The kills are great, the performances engaging, and the overall story offers something brand new within a framework that is so familiar to us.

In conclusion, it is my solemn belief that all three of these films can be appreciated separately, or as a whole, and they each bring something interesting and memorable to the table. Whichever version you choose to watch this holiday season, you’re in for a very merry and blood-soaked Black Christmas.