In what used to be an old church in New York now resides a new place of worship for tapeheads and lovers of physical media: Village Mall Video. 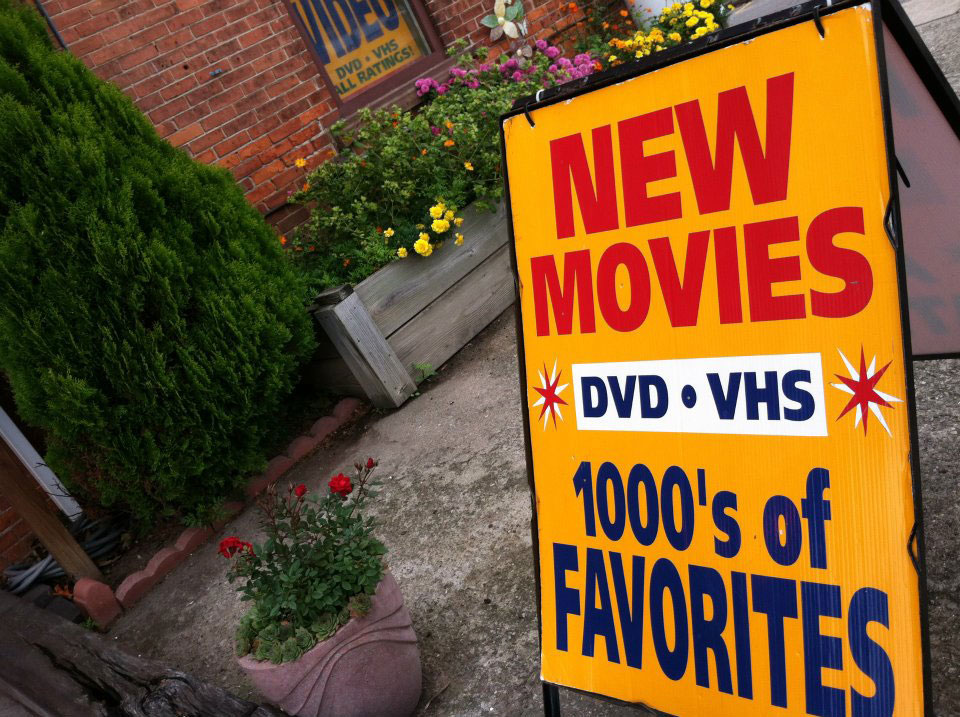 I walked in and, for a brief moment, I thought I smelled hair spray and heard the faint jingle of hoop earrings. I had entered a time capsule that used to be a church but was now…a video store.

I never visited video stores when they were still prevalent. My parents (mostly my mom) only borrowed tapes from our library “where it was free” and were very strict when it came to “what was appropriate” for me to see. By the time I was old enough to make my own decisions and watch whatever I wanted to watch (without resistance or sneaking), video stores had mostly gone the way of the trilobite.

I stated to seriously collect horror films (in multiple physical formats) when I was 17. The first horror film I ever owned was The Phantom of the Opera (1925) starring the great Lon Chaney, aka the Man of a Thousand Faces. This silent shocker came to me by way of my grandparents on my dad’s side who passed away when I was four and five respectively. The film was on VHS. 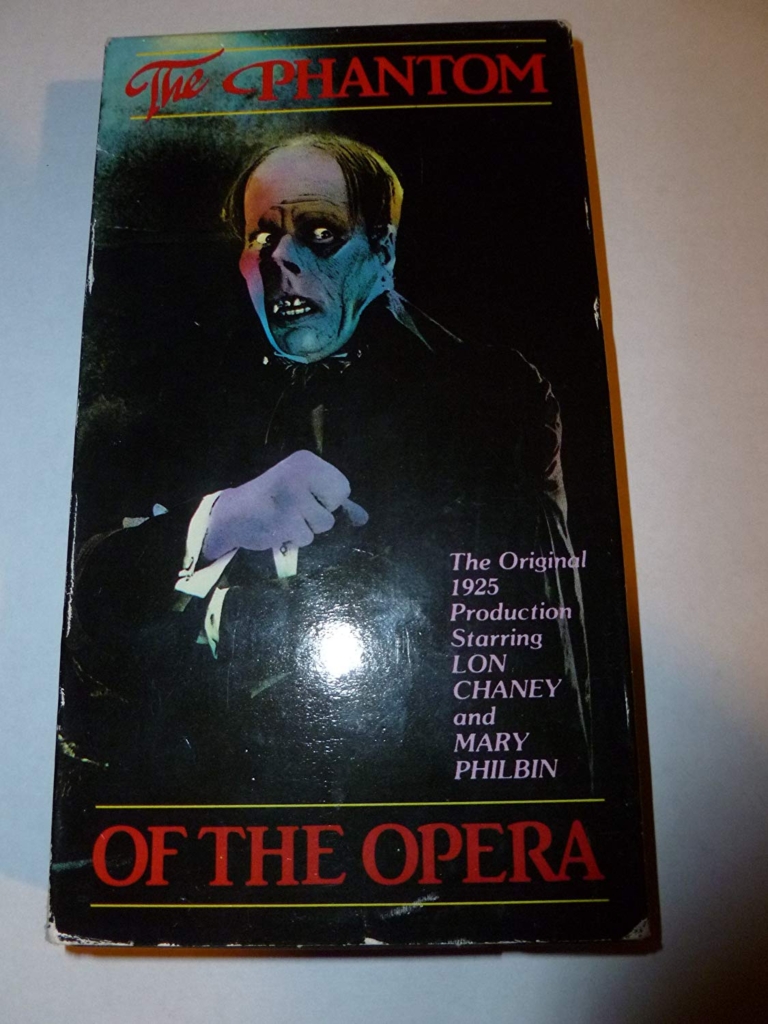 The next horror film I received came to me from my Uncle Jerry (who I mentioned in my Haunted House article). The horror film (or should I say horror comedy) was Abbott and Costello Meet Frankenstein (1948). The film was on 16 mm and came with a working projector from my uncle’s collection.

When I first began to seriously seek out horror films for my shelves, I was (because of The Phantom of the Opera tape) already bitten by the VHS bug. I understood that the picture quality on VHS wasn’t great and that the aspect ratios were wrong, but for some horror films I felt, and continue to feel, that VHS was the best way to see them.

The first horror film I bought on VHS was John Carpenter’s Halloween. Many others followed, and before long I had a bookshelf of VHS and BETA and another of DVDS, Blu-Rays and Laser Discs. 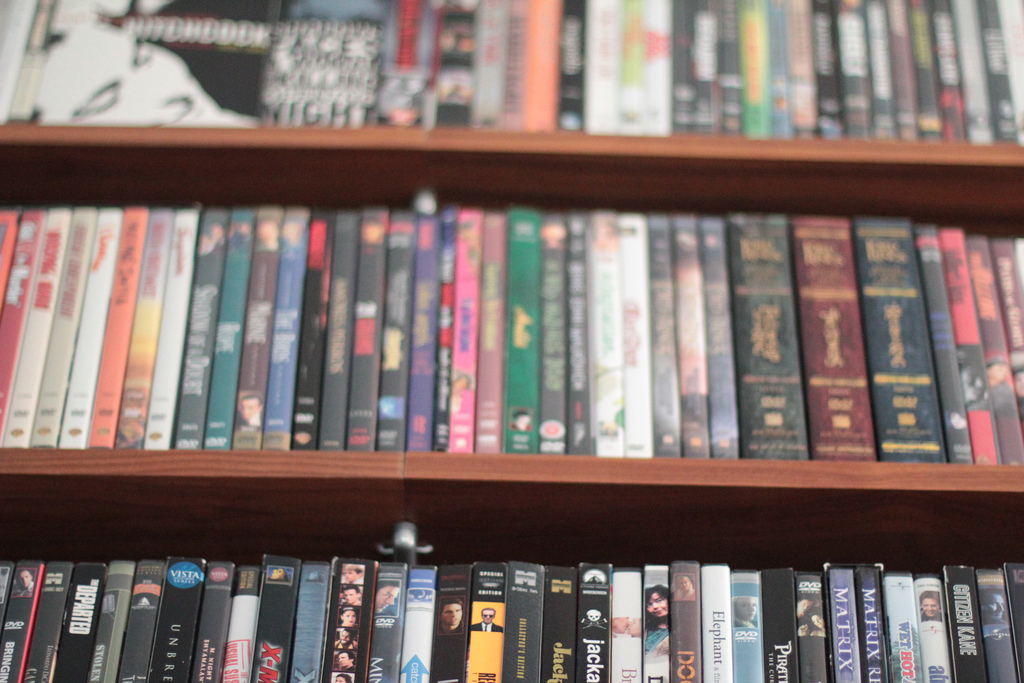 All of the VHS, as well as DVDs, Blu-Rays and Laser Discs, came either from garage sales, library sales, consignment shops — or (on occasion) the Internet. I remember searching for video stores in Rochester once or twice via Google and only turning up anemic blockbusters. It is apparent to me now that I should have Googled deeper.

A month ago, my friend Sasha, who shares my interest in collecting film in all its various physical formats, excitedly told me about visiting a video store called Village Mall Video. I was driving at the time and nearly slammed the brakes when she told me. I proceeded to pepper her with questions, my first being if they had a horror section. She said that they did!

Fast forward to a week ago, and my little sister and I paid Village Mall Video a visit. I wanted my little sister to see this historical marvel. I wanted her to experience going into a video store before they all disappeared. When we walked in, I was practically shaking, as was she. I was shaking with excitement, she was shaking with embarrassment. I eagerly asked where the horror section was. After finding it, I felt like I had come face-to-face with Bigfoot. I nearly cried. 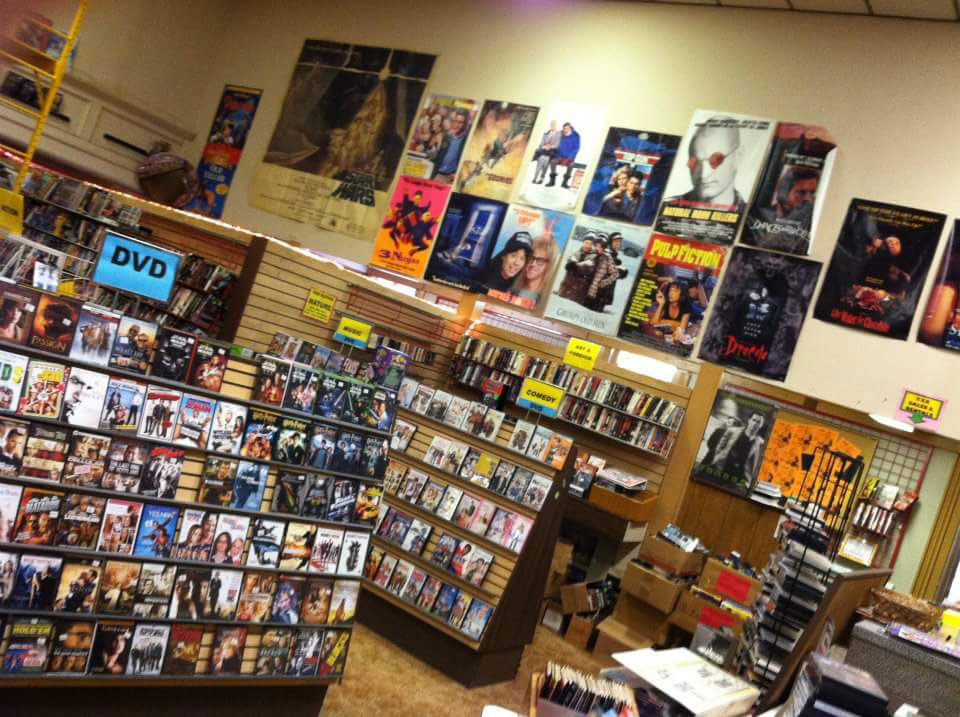 That day I bought a few tapes (horror of course) — one VHS and two Beta — vowing I would return with other Tapeheads. And I did just that.

Josh Blodgett, who you’ve heard me speak of numerous times in my articles, as well as Nate Enright, who played Velvet Gloves in our recent horror short of the same name, accompanied me yesterday back to the video store in the church. We went there to pray and pay tribute to an era synonymous with hairspray, hoop earrings, Motley Crue and movies you had to rewind in order to be kind.

Village Mall Video is located on 75 W Main St in Webster, New York. It is open Thursday and Friday from 1:00 PM to 7:00 PM and open Saturday from 11:00 AM to 7:00 PM. Sunday, Monday, Tuesday and Wednesday they are closed. I highly recommend you make the pilgrimage that my little sister and my friends took with me.

More and more, these places are going extinct. Unlike the Coelacanth, I doubt remaining video stores will live on much longer as a living fossil. If you’re in the area, please visit this wonderful video vestry and enjoy your trip back to the 1980s. 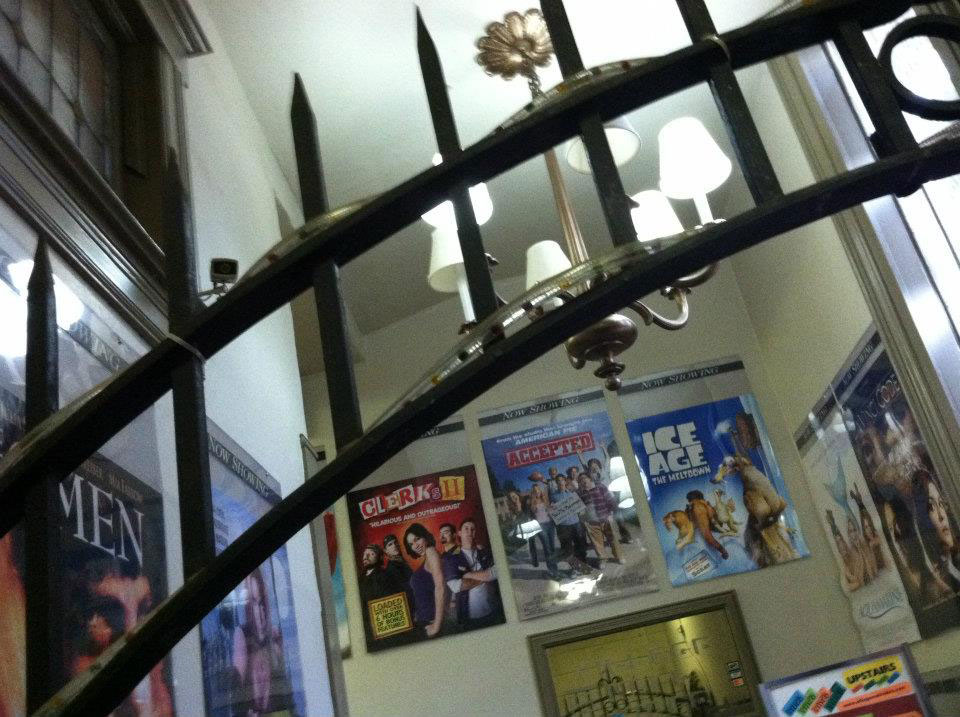