A wickedly unexpected subversion of expectations from Wild Eye, “The Dead Girl in Apartment 03” is truly frightening and loads of fun. 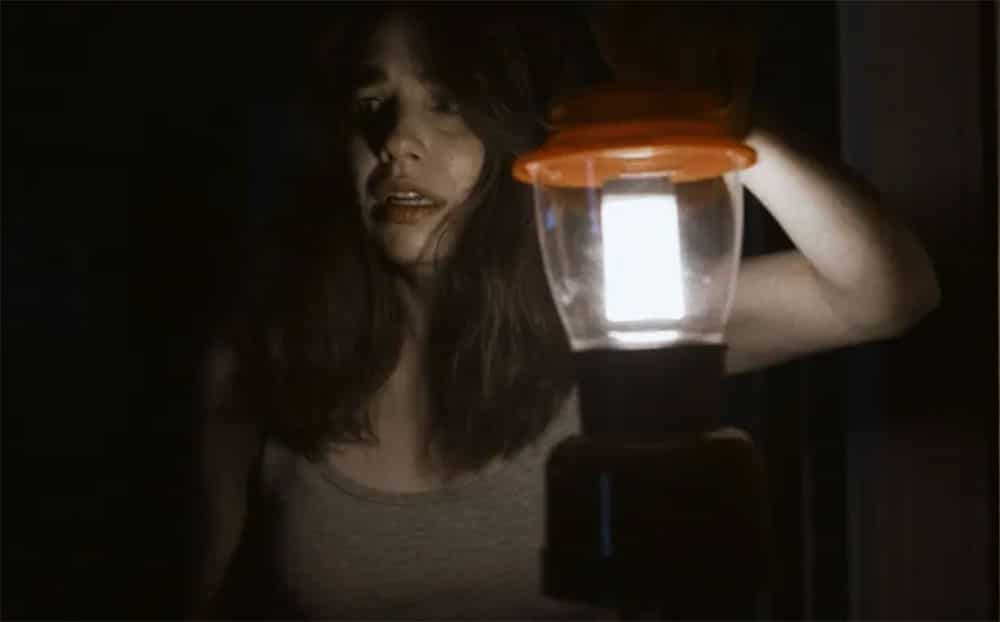 The Dead Girl in Apartment 03 arrived on digital early this month (August 2022). Read on to find out if you should Rent it, Stream it, or Skip it.

It’s hard for me to wrap my head around the fact that Wild Eye Releasing, which is responsible for the movie I am about to review, is also the same production company that gave us Shark Exorcist (2015).

Wild Eye recently shared a tweet in which Stephen King simply says, “SHARK EXORCIST is a real movie.” As if that was a good thing.

It’s probably the worst shark movie ever made, and if you know anything about how bad shark movies are, that’s saying a lot. I promise I will eventually get around to doing a review of it, just as soon as I’m done laughing my ass off.

Yet here it is: The Dead Girl in Apartment 03 (gotta love that title) is an actually scary, well-made horror film.

I guess even a broken clock gets it right twice a day. But just try to imagine Troma releasing a movie like Seven or Silence of the Lambs, and maybe you’ll understand my chagrin.

I should preface this by admitting that seeing Adrienne King in anything other than the first two Friday the 13th movies is very strange for me. I’ve seen them so many times that I really only see Alice Hardy in anything else the lovely Ms. King, who has aged spectacularly well, does.

I have the same problem with Paul Riser and Jeremy Renner, whose turns as Burke in Aliens and Dahmer, respectively, were so good that those actors are basically ruined for me for life.

Now that that’s out of my system, maybe I can tell you how good her latest movie is. 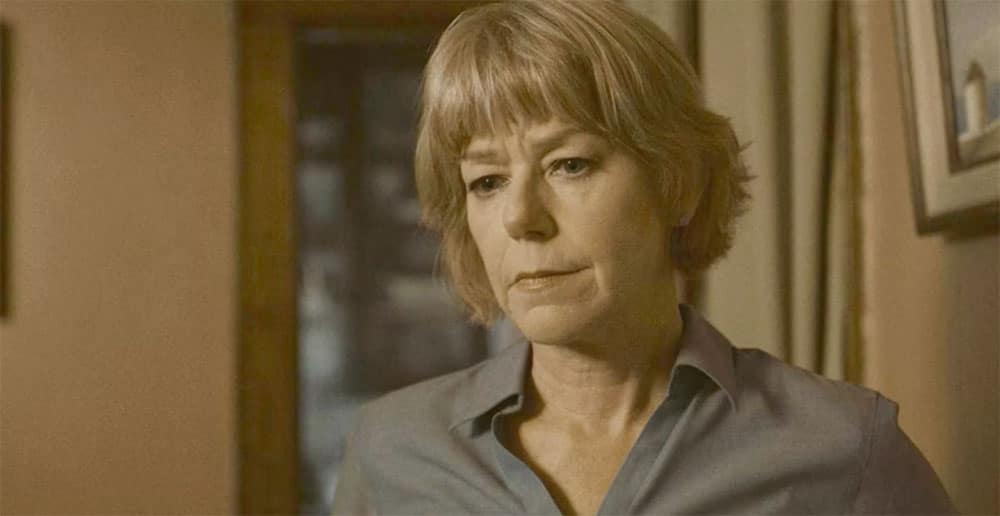 To get over that hump when going into The Dead Girl in Apartment 03, I basically just pretended like Alice grew up to be a police detective and Part 2 never happened.

It’s funny, though, almost as if the filmmakers were reading my mind. There’s a scene at the beginning where our heroine, Laura,  played by Laura Dooling (Mr. Mercedes), puts a tea kettle on the stove AND takes a shower, just like Adrienne in Friday Pt.2 — only this time, instead of Jason, it’s a jump scare ghost waxing all Blumhousey.

The ghost, we can safely assume, is Laura’s roommate, who was found dead in her room in their apartment earlier that day from unknown causes.

Adrienne King and her mildly sleazy rookie partner (Frank Wihbey, The Sadist) ask some questions and are later called back to the scene by Laura, who remembers that she thinks she heard scratching noises coming from her friend’s room right before finding her body…

…which, by the way, is utterly terrifying thanks to Justin Talarski’s (Dickshark, Don’t Fuck in the Woods 2) makeup FX.

Would somebody please tell me how someone associated with “Dickshark” was able to create such a scary corpse?

Ah well…I suppose we all have our humble beginnings (who could forget Rick Baker’s Octaman or James Cameron’s Piranha 2?).

For a while, the film hops back and forth between the jump scare creeper ghost and the detectives.

One of the jump scares fucking got me good. I love this shit. Popcorn everywhere!

Laura’s ex-boyfriend also has a couple of scenes where he awkwardly tries to comfort her over the phone even though it was a bad breakup. Things get really interesting, though, when the dead girl’s boyfriend comes over. Did he have something to do with it? Maybe, maybe not. The cops don’t think so, but his presence there definitely adds a new layer of tension.

Then Laura’s all alone again as she searches her departed roomie’s closet for clues.

And just like every dumb white girl in every horror movie ever made, she doesn’t get the fuck out of there right away when she finds some satanic-looking books in a little chest in the closet, and a fucking creepy assed symbol etched into the floor under her friend’s bed.

But we’ll forgive her, because… movie. Also, it doesn’t hurt that she’s cute as (insert expletive here).

More jump scares, and the second time I get goosebumps and say “fuck” out loud.

I’m really having a great time with this flick. 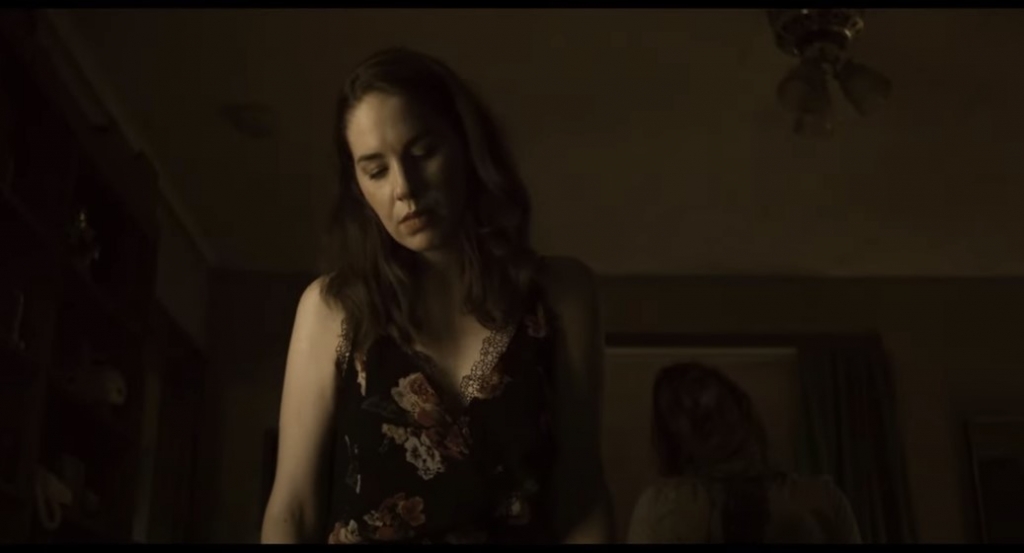 A power outage. A creepy clown. A fucking demon. And I’m watching this after midnight…oh my god, this is scary!!!

I haven’t had this much fun watching an independent horror movie in a long time!

Jesus wept. My heart is racing.

Yeah, I’m not spoiling anything else about this except to say that my favorite YouTube video is called Don’t Talk to the Police. Check it out sometime (there’s a certain character in an interrogation room right now totally wishing he had his lawyer present).

It’s movies like The Dead Girl in Apartment 03 that make the other nine out of ten shit-shows I routinely sit through totally worth it. Well played, Shark Exorcist people. Well played.

RENT IT, STREAM IT, OR SKIP IT?
RENT IT. It’s excellent. I don’t give a shit what Rotten Tomatoes says. The jump scares are sublime. The Carpenteresque score by Satanic Panic 81 is chef’s kiss perfect. And make sure you stick around through the whole credits for a great ending. Granted, it kinda rips off The Skeleton Key a little bit, but you could almost get away with calling it more of a tribute than a knockoff.
Overall Rating (Out of 5 Butterflies): 5